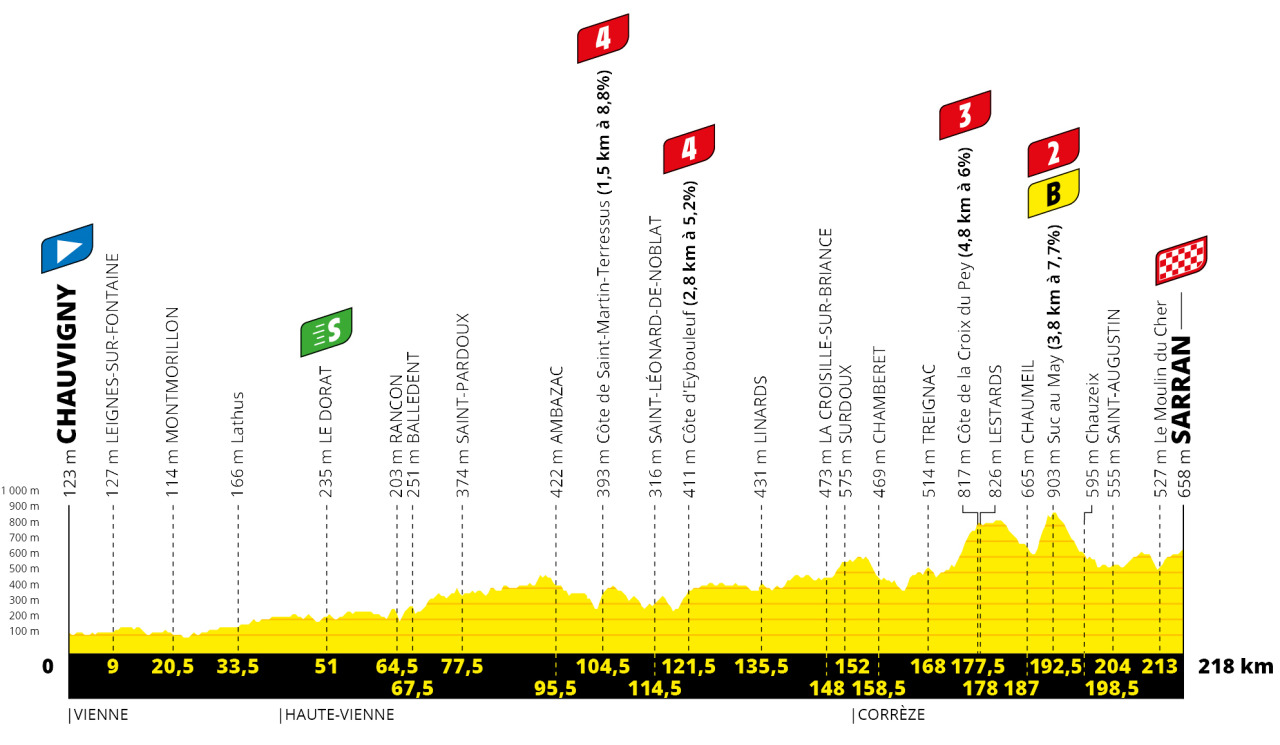 The longest stage of the race and a surprisingly hard one too, this is also the vintage stage that will pay tribute to days past. 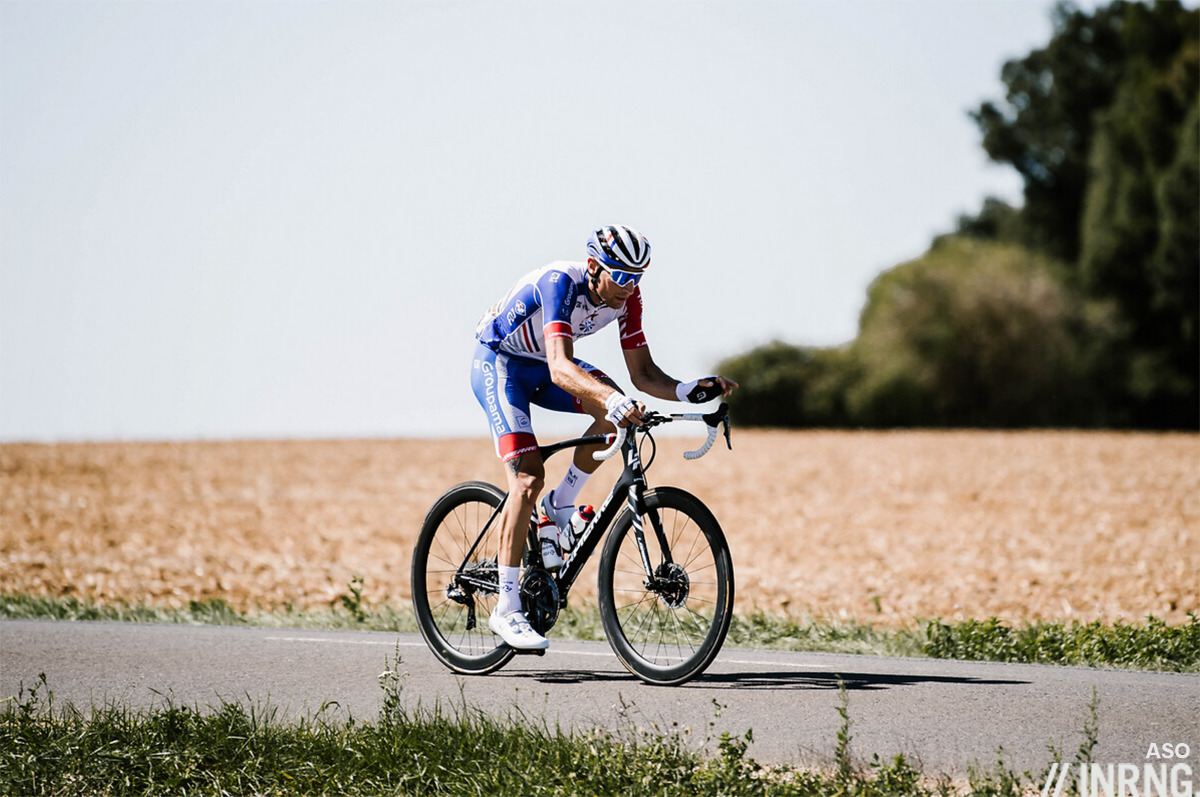 Sydney-Poitiers: the flag dropped and Matthieu Ladagnous jumped away, he had no one for company and it looked like you could turn off the TV and do something productive. Only soon after a Stefan Küng, Oliver Naesen, Jasper Stuyven, Lukas Pöstlberger, Michael Gogl and Tom Van Asbroeck sprang out of the peloton like it was Gent-Wevelgem and there were 18km to go. Deceuninck-Quickstep sprang into action and shut the move down, better to put an end to it quickly than late. In the finish a few more riders restless legs with a late move from Pöstlberger again, this time marked by Kasper Asgreen and Bob Jungels from Quickstep. They too were swept up before the 2km point. In the sprint Peter Sagan needed to shoulder check Wout van Aert out of the way and you can argue he did it for safety, and presumably his team tried, but he got relegated and was docked points. Besides the rulebook is clear: a shoulder blow = relegation. There are no more sprint stages until Friday week so the upcoming days suit Sagan but he’ll need the form of 2014-2016 to try and claw back the 68 point deficit to Sam Bennett, starting today. Out of the maelstrom came Caleb Ewan to win with late surge, again out of sight until the last moment. Is he the best sprinter? With two wins it’s hard to argue against and he’s certainly most dependable right now. 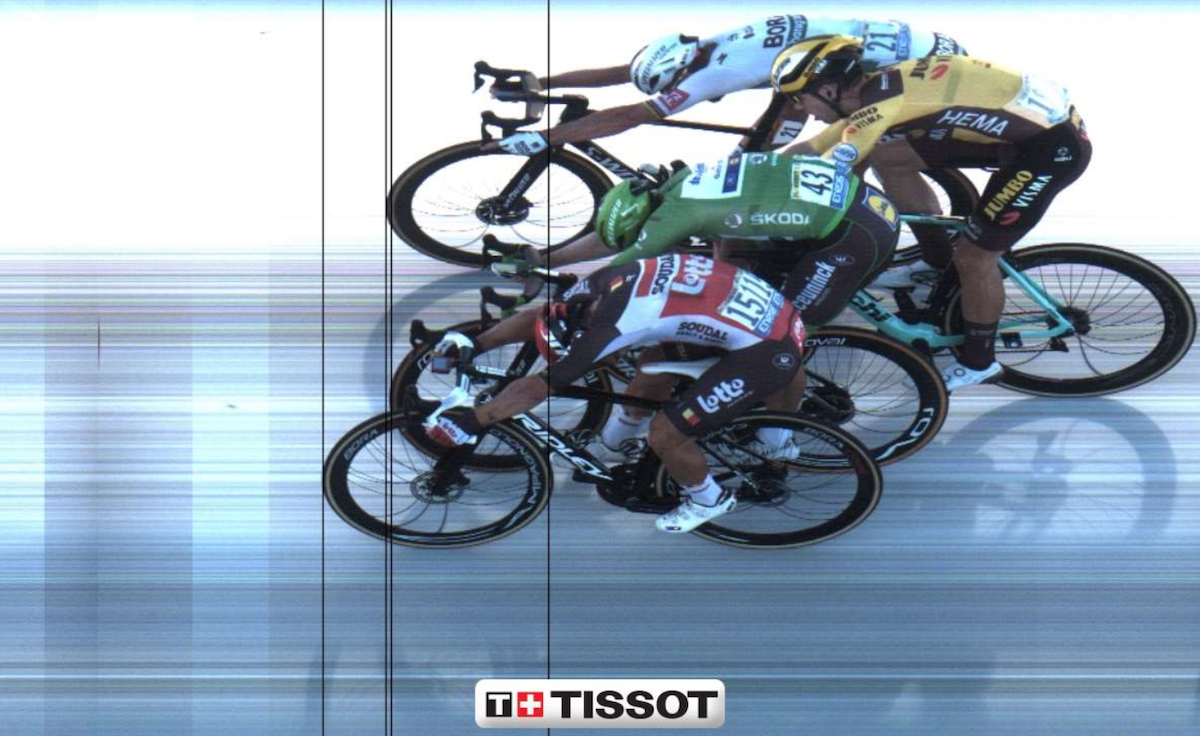 The Route: 218km south-east and the vintage tribute stage, beginning with in a square recently renamed in honour of Raymond Poulidor who died last November. There’s a flat start and the intermediate sprint is gently uphill. After 100km terrain changes, a steep descent down to the river Vienne, a narrow bridge and straight up the sharp climb up through Saint-Martin. Then it’s to Saint-Léonard, long time home of Raymond Poulidor and then another climb and soon after comes Linards, once home to legendary L’Equipe columnist Antoine Blondin, a novelist and playwright given free reign to write about something each stage and his work covered four decades of the Tour. The Limousin region here is famous in France for its russet cattle, but for the peloton infamous for its rasping road surfaces only today the route sticks to wider, smoother roads for the most part. Instead the difficulty is the way the roads constantly rise and fall, the terrain gets hilly with along uncategorised climb through Surdoux. The Côte de la Croix de Pey is 98% of the Col de Lestards and harder than the profile and stats suggest.

The race drops into Chaumeil and there’s a tight turn for the Suc au May, the day’s big difficulty and full details here. This is a narrow uncategorised forestry road and, listed at 3.8km at 7.8%, it’s much harder, with 3km at 10% and long sections of 12-14%, all on a rough road and there’s a small descent before road kicks up for the mountains point. From here there’s 25km to go and the descent is on a bigger road but it’s bumpy in places with some tight turns through villages before picking up a larger road. This twists and turns with some more climbs after Saint-Augustin.

The Finish: the race reaches Sarran, population 302, a tiny place but home to Jacques Chirac‘s family château and also more recently presidential museum and the region has paid to put this on your mind’s map. There’s a sharp left turn and it’s under the flamme rouge, the road dips a little and then from 800m to go it climbs at 4% before easing just before the line. 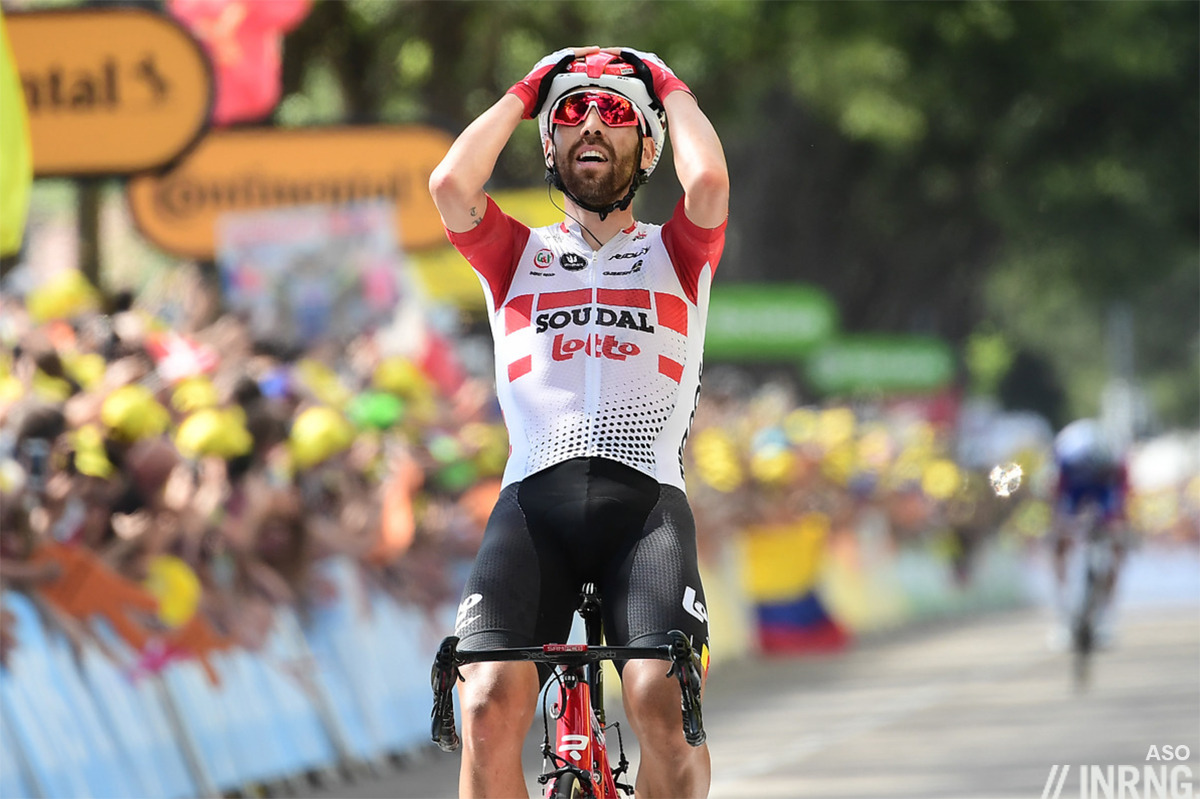 The Contenders: enough of the past, what of today’s future? When the route was announced last October this looked like a “Sagan stage”, a sprint from a reduced peloton but on inspection it’s too hilly for most of the sprinters. So the likes of Peter Sagan (Bora-Hansgrohe), Julian Alaphilippe (Deceuninck-Quickstep), Oliver Naesen (Ag2r La Mondiale), Matteo Trentin and Greg Van Avermaet (CCC), Daryl Impey (Mitchelton-Scott), Bryan Coquard (B&B Hotels-Vital Concept) and maybe Edvald Boasson Hagen (NTT) could probably win with their sprint, but most likely out of a breakaway.

Otherwise sprinkle some of the names above with the usual breakaway baroudeurs like Thomas De Gendt (Lotto-Soudal), Alessandro de Marchi (CCC), half of Sunweb like Tiesj Benoot, Marc Hirshi, Søren Kragh Andersen, Quicksteppers like Bob Jungels and Rémi Cavagna, or Valentin Madouas (Groupama-FDJ). If these riders don’t get in the move today they can try tomorrow.

Weather: warm and sunny, a few clouds and the lightest of tailwind.

TV: live coverage from the start at 11.50 CEST. The Poulidor tribute will reach its peak at 2.45pm, the serious climbing begins at 4.00pm and the Suc au May 30 minutes later. The finish is forecast for approximately 5.150pm Euro time.