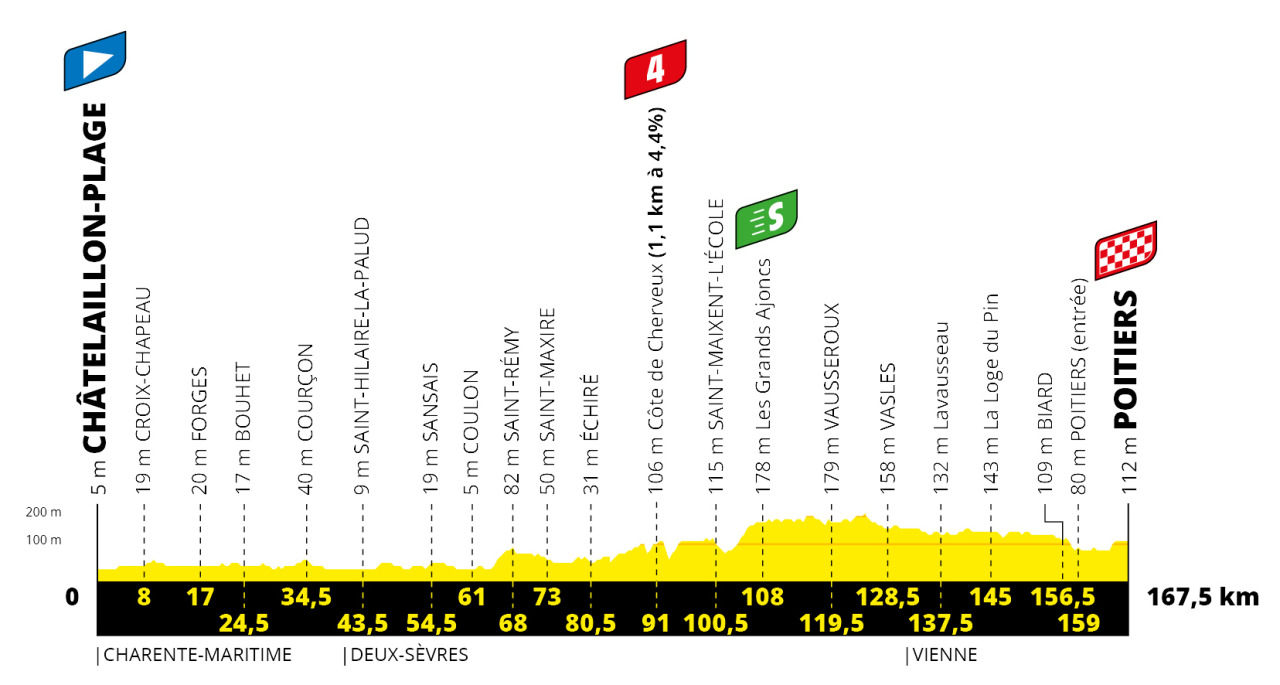 A likely sprint stage, the last until the race turns its back on the Alps, but with some obstacles in the final kilometres, a narrow road and a small climb. Before that the intermediate sprint comes soon after some climbs, a chance to spice up the green jersey competition. 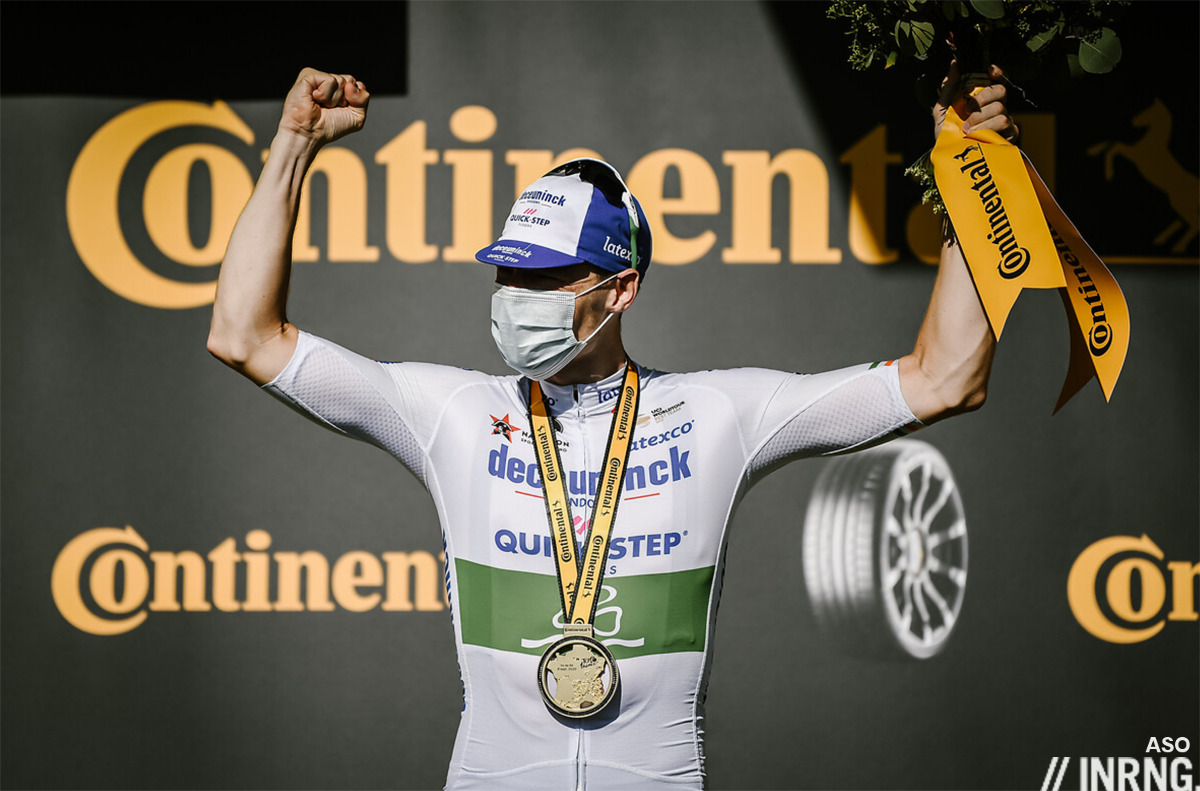 The Route: 167km north east, first across the Poitou marshes and then rolling roads, including a spin past Echiré, population 3,302 but with a farmer’s cooperative that makes butter that’s highly prized, there’s even a dedicated store in Marunouchi, Tokyo‘s banking district. Then comes a categorised climb but it’s gentle, the sort the Tour can roll over without noticing and there are similar climbs but they’re unmarked however they might give the Bora-Hansgrohe team ideas to put pressure on Sam Bennett.

Just before 10km to go the race turns off the main road into Poitiers onto a smaller road, this is a pinchpoint before the route drops downhill and it’s on a narrow road for three kilometres before reaching the city boulevards.

The Finish: a sharp left hand turn onto the Pont Neuf to cross the Clain river and then once under the 3km banner the road kicks up for a kilometre, it’s not steep at 3-4% but pitches up at the end and it’s the length that makes it awkward, it’ll upset the pace of the sprint trains. At the 2km point it levels out and soon after there’s a left turn onto a big road, it’s flat from here to the finish.

The Contenders: the climb between the 3km to go and 2km banners tilts the balance a touch today. There’s time to regroup and relaunch but anyone in oxygen debt here will struggle to repay.

Sam Bennett (Deceuninck-Quickstep) or Caleb Ewan (Lotto-Soudal)? If this blog was cleverer it would have a random generator so that half the readers saw the Irishman tipped for today’s stage win and the other half get the Australian served up as today’s prime pick. Alas there’s no trickery so find a coin and toss it, both can cope with the climb before the sprint.

Cees Bol keeps looking good until the finishing straight when he and his Sunweb leadout get swamped like a boat on Austin’s Lake Travis. Worse for him today is the uphill finish, it’s not ruinous but just a touch harder for him.

Bryan Coquard‘s chances are better today. Nicknamed Le Coq, the B&B Hotels-Vital Concept leader used to be known as Le Moustique or the Mosquito as he’s so light so he could float up the climb in the final kilometres but the problem is the remaining two kilometres plus he had a hard crash yesterday and will be sore now.

Peter Sagan (Bora-Hansgrohe) is close and could find the uphill finish helps but it’d now be a big surprise if he wins. Elia Viviani (Cofidis) was fourth yesterday after a difficult first week so watch for him today.

Weather: warm and sunny, 26°C and a 15km/h breeze from the NE meaning a headwind.

TV: live coverage from the start at 1.30 CEST to the finish forecast around 5.30pm Euro time. The intermediate sprint is around 4.00pm.

Previous post: Roads to Ride: The Suc au May