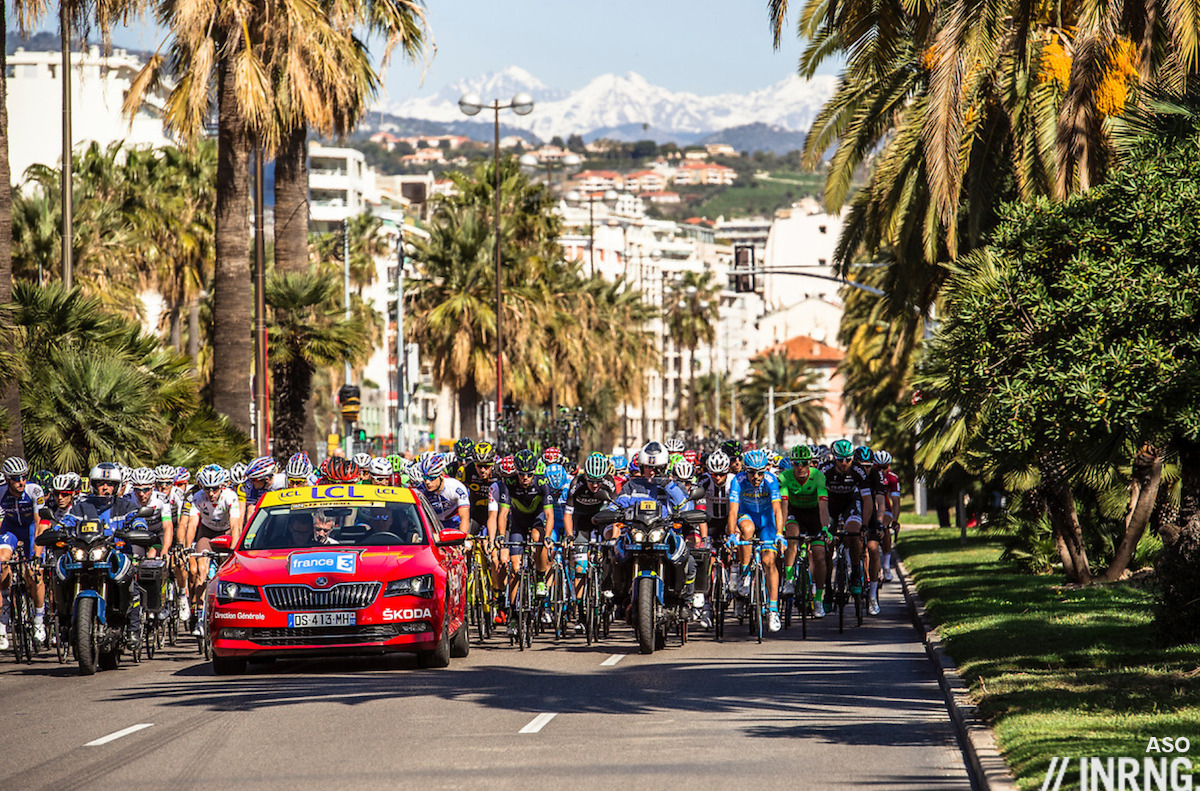 The Race to the Sun with the emphasis on the preposition “to” as a cold and wet week lies ahead for the peloton in its traverse from the capital to the Côte d’Azur. In recent years the startlist has been light on stars but has been a great race nonetheless, this time the relatively flat route of Tirreno-Adriatico has encouraged the climbers to do Paris-Nice. Here’s a look at the route and contenders.

In order to rate who might win let’s remind ourselves of the course. It’s eight stages to Nice, of which the first three are likely sprint finishes with the risk of crosswinds catching out the GC contenders if the bunch splits to pieces. Stage 4 is a hilly one which should suit a break or see a reduced peloton, again the contenders for the overall win have to avoid traps.

Stage 5 is a 25.5km time trial which has a hill in the middle but this is neither long nor steep so it’s a day for the rouleurs and powerful riders to put time into the pure climbers. It’s right next to the Rhone river and in what can be a windy part of the world which could only make it harder still for pure climbers. Stage 6 is a good day for the breakaway but with a lot of sprinters teams in attendance they might fancy their chances too. 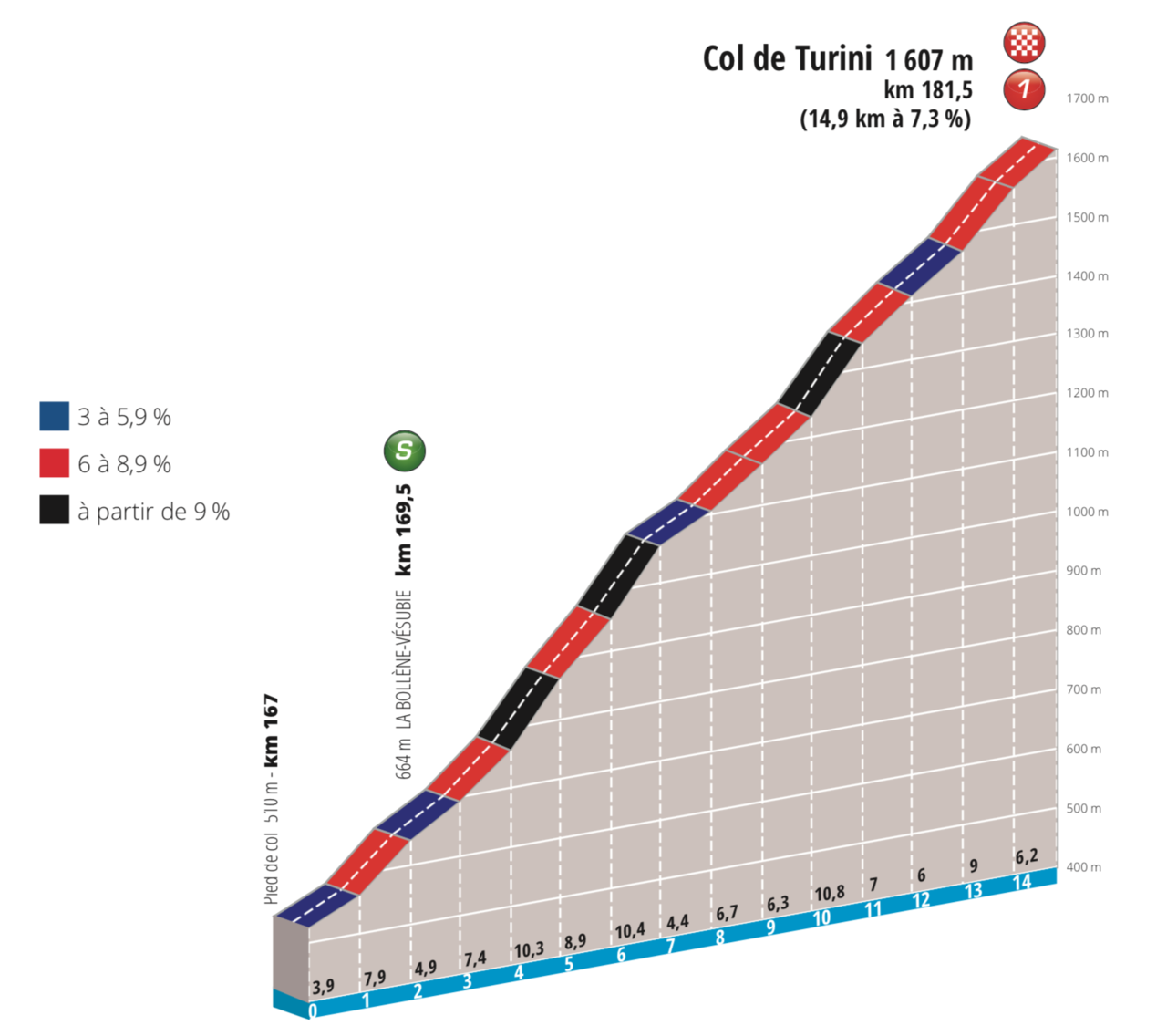 Stage 7 is the Queen Stage with the Col de Turini and 4,000m of vertical gain: you climb just to reach the final climb. The Turini is a big climb, Alpine in duration and gradient and probably the most selective mountain pass used in Paris-Nice for a very long time. Stage 8 sticks with the Nice-Nice circuit that has been a thriller in recent years but precisely because the race has come down to seconds between the contenders, it’s unlikely to see minutes lost or won.

There are time bonuses of 10-6-4 seconds for all the stages except the time trial and 3-2-1 at the intermediate sprints.

Simon Yates has already won at the Ruta Del Sol when they tackled the Hazallanas climb and if had space to jump clear because he was down on GC this was no gift win, it was his trademark single attack to go for the win. He’s reasonable in the time trials and the Turini is right up his street. He’s downplaying his chances, saying he’s come to win stages but presumably he won’t be tussling for the sprints so if he can do a useful time in TT stage and win atop the Turini then the overall classification is there for the taking; unless he sits up on a sprint stage to deliberately give himself more room for stage wins? Esteban Chaves and Jack Haig bring good support and this will count because he won’t want to be isolated on the last day again. 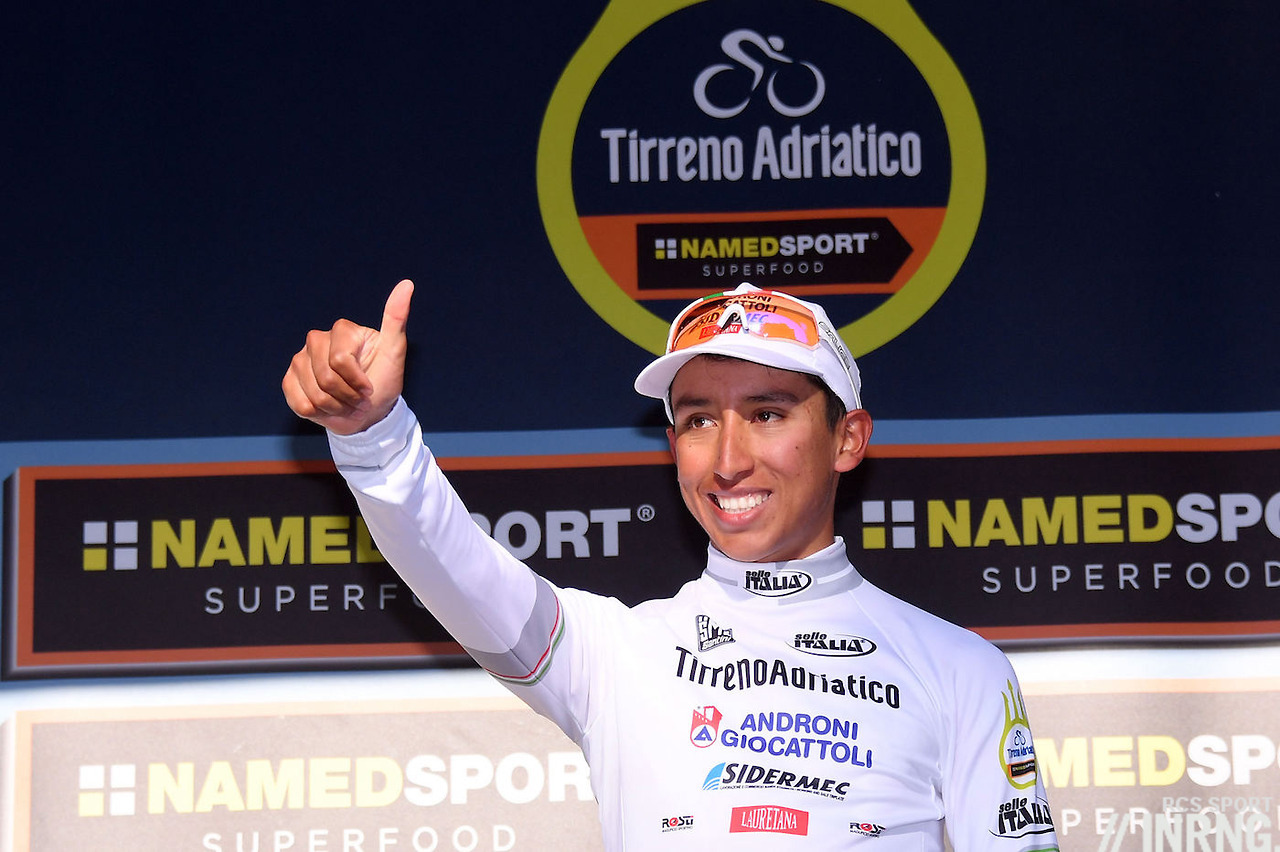 Team Sky bring Michał Kwiatkowski and Egan Bernal. If Bernal wants to win the Giro should he be in form now? Arguably yes or thereabouts so the time trial and the Turini are a big test for him, both for performance but also to see if he can bear the burden of being race leader, of commanding team mates and dealing daily with the media. Ivan Sosa is arguably as good but for now it’s Bernal who is being groomed as the leader. Kwiatkowski is enigmatic as ever, the Turini is probably too much a climb for him and he was discreet in the UAE Tour but normally he’d look ideal for Tirreno-Adriatico’s punchy course so has he come to win or as a road captain?

Astana bring a strong squad with last year’s stage winner L-L Sanchez, the Izagirre brothers and Miguel Angel Lopez. With Sanchez limited on long climbs Ion Izagirre is probably their best bet, he’s handy in the time trials and in form too plus he almost won last year. Lopez’s form isn’t known, he had a good Tour Colombia but maybe in a lull by now on his way to rebuilding for the Giro and he struggles in the time trials, especially when pure tests of speed and power like this as opposed to those in the third week of a grand tour where recovery counts a lot.

Marc Soler won last year but that makes it harder this time. He did a great ride last year, a audacious raid but because of this he may have less space this time. Nairo Quintana makes his European début and the Turini looks good for him but like other Colombians his current form isn’t know and the time trial won’t suit him.

Tejay van Garderen leads Education First with Dani Martinez as another Colombian on European roads. While Bernal and Sosa get much of the hype Martinez seems as talented and versatile, he’s the reigning Colombian time trial champion and climbs with the best. But how to win?

Wilco Kelderman is a promising GC rider aged 27, only so far he’s only got the Tour of Denmark on his palmarès and is often a luxury lieutenant for Tom Dumoulin. Good on long climbs, excellent in the time trials he should feature but how can he strike out and win? 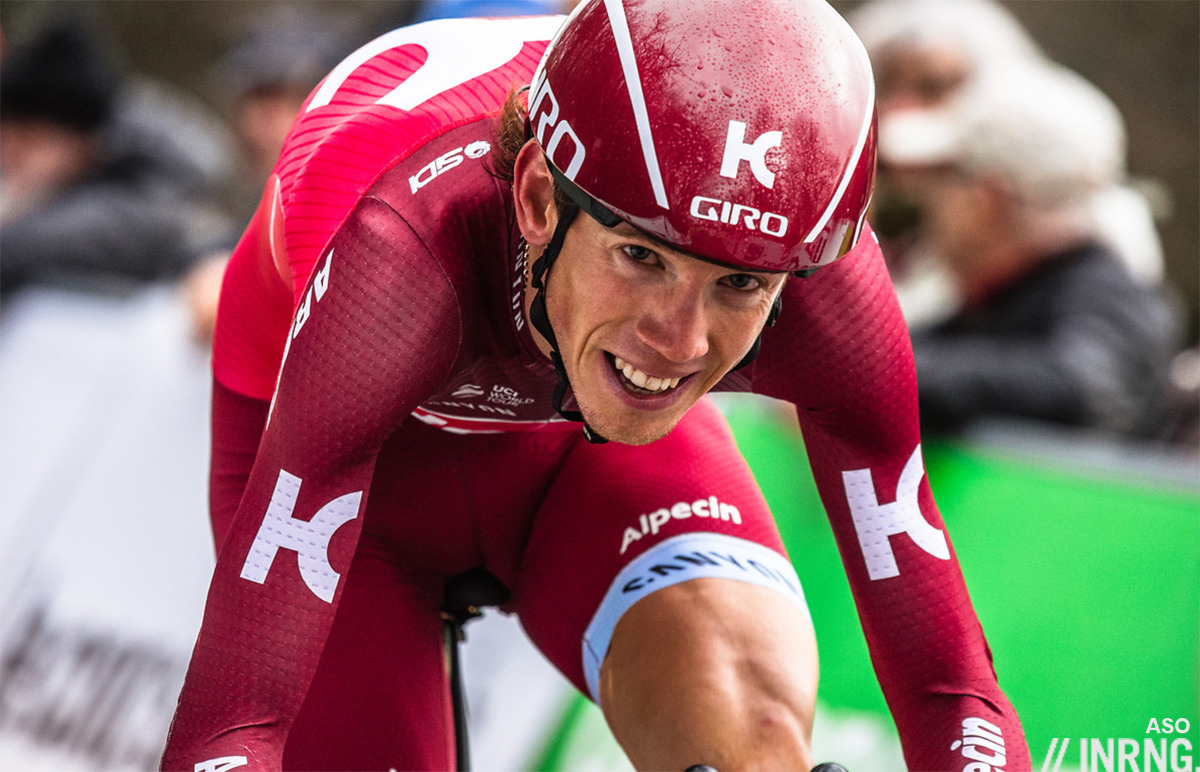 Ilnur Zakarin (Katusha) needs a result but a top-5 finish seems more achievable, he’s good in the time trials and summit finishes. The Stork of Tartarstan didn’t finish the UAE Tour because of illness, a setback but he still managed seventh place on the Jebel Hafeet summit finish stage. Iceman Simon Špilak also rides, a genuine one week stage race specialist and with decent form too.

Romain Bardet (Ag2r La Mondiale) looks to be coming into form and Paris-Nice is a big goal but he’s hampered by the time trial stage so even with his best form the podium is a tough goal.

Fabio Aru (UAE-Emirates)? No, me neither, he’s riding but still adrift as be builds for the Giro and new recruit Henao will find the time trial awkward. Warren Barguil (Arkea-Samsic) is in form but an unlikely GC contender, a mere stage win or the mountains jersey again would delight him and his team in their quest for Tour de France invite. Domenico Pozzovivo‘s Bahrain-Merida’s leader for GC and an interesting character but the piano player is a second fiddle and hasn’t won a stage race in a long career. George Bennett could take a mountain stage but to win the GC is a big ask. Bob Jungels (Deceuninck-Quickstep) is versatile but the Turini’s surely too much. Bora-Hansgrohe’s Austrian Patrick Konrad and Felix Großschartner could crack the top-10.

TV: there will be daily previews with specific times for each stage here but Sunday’s stage finishes at 3.00pm and the rest are due for around 4.30pm CET with the last 90 minutes live. The host channel is France 3 and it’s either on the same channel you watch the Tour de France or Eurosport.