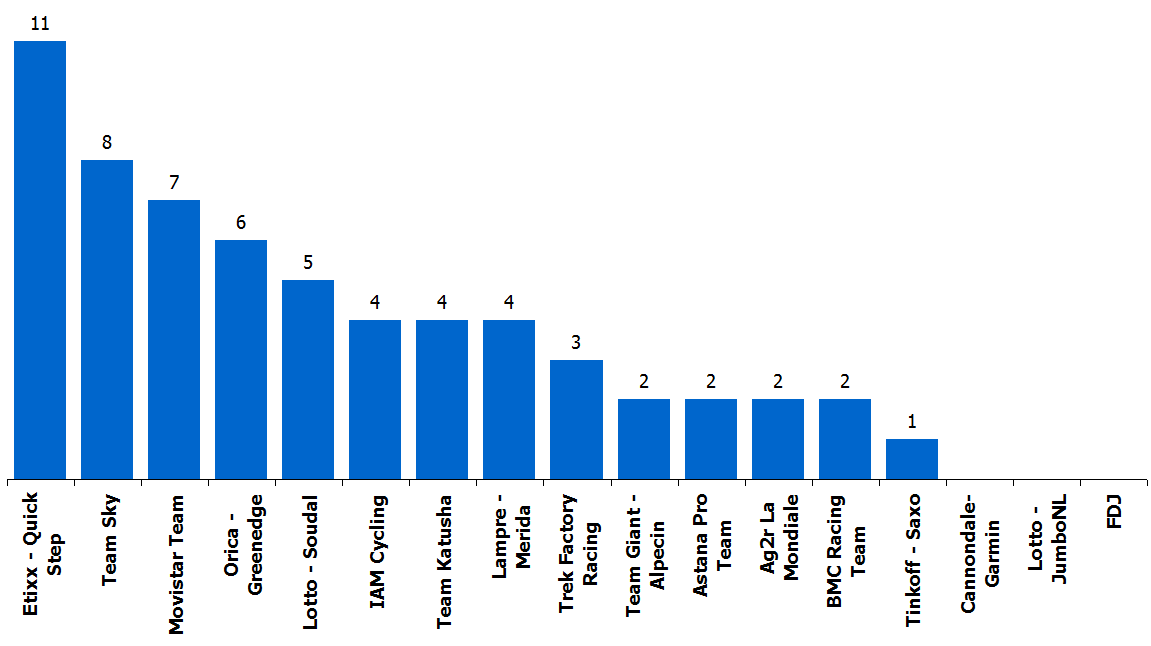 It’s a quiet week before the weekend storm of cobbles starting with Omloop Het Nieuwsblad on Saturday. This micro break gives a moment to look at the team victory rankings and see who’s had a good start to the season.

If you think it’s too early to count, think again. There have been 68 days of racing so this year meaning we’re one ninth of the way through the season already. 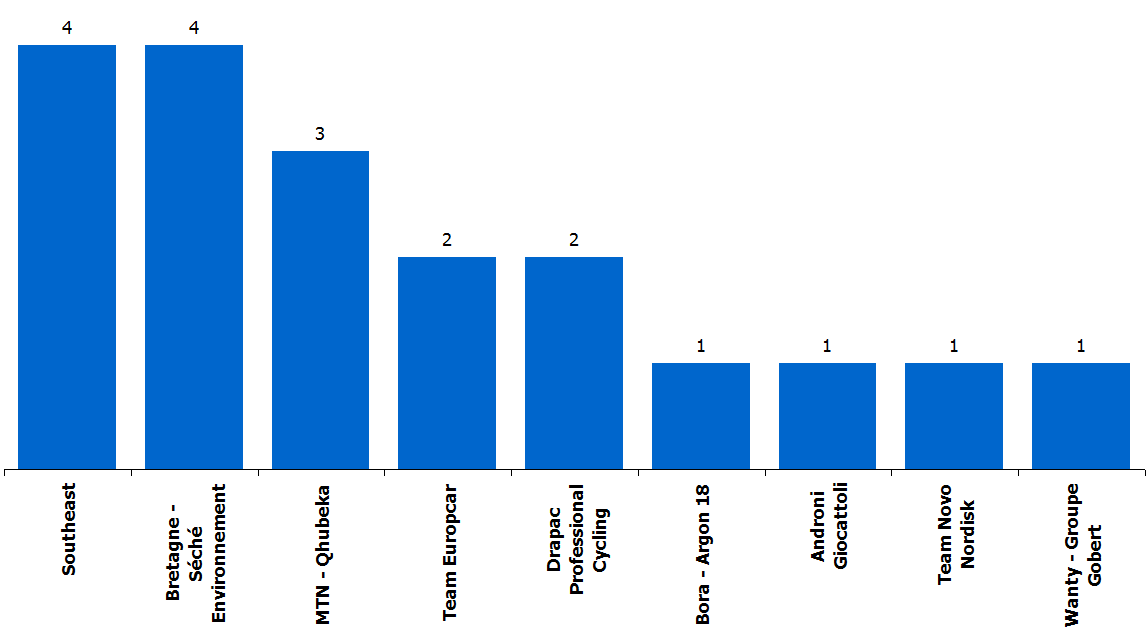 What of the Pro Conti teams? As the chart shows there have been slim pickings so far with some mixed stories inside:

Where are the French?
As an aside the French had a brilliant week in the velodrome but are proving discreet on the road. The rankings above list team wins but as a nation France supplies the most pros to the peloton but can only count on three wins so far: Tony Gallopin and Bryan Coquard in the Etoile de Bessèges… and Japan-based Thomas Lebas in the Tour of the Philippines.

1+1 = 3
As ever, counting wins is merely counting and cycling is so much more than data tables and points. Couting wins doesn’t measure the value of wins whether it’s their status in the sport’s heritage and history nor the economic value such as the publicity generated. Yet all teams long for that first win and those that wait begin to get nervous creating a negative spiral.

In cycling winning is rare, tiny odds for one rider in a race and relatively low for a team. So as much as winning matters, how you lose is often the story, or put another way, if you can’t always win, how you try is the interesting part. The defunct Cervélo Test Team did a good job of this, explaining the struggles to fans with their “Beyond The Peloton” promo documentaries and it’ll be interesting to see what MTN-Qhubeka does this year given some of the Cervélo team’s DNA appears in the stripey-jersey team.

What next?
With the classics looming it’s easy to see Etixx-Quickstep pulling away as they win “their” races. No other team has such a focus on the spring classics. Giant-Alpecin should rack up more wins to with Kittel’s return. Surely Peter Sagan’s going to win something soon?

Methodology: only World Tour, *.HC and *.1 and *.2 races are counted for the rankings. Overall wins are included, for example two of Lampre-Merida’s tally comes from Oman where Rafael Valls won Stage 4 and he won the race overall.