That’s how good Peter Sagan is. Ok, like all statistics you can take them apart a bit, for example the age they turned pro makes a difference. But 33 wins? Even for a sprinter this is phenomenal but like those listed, Sagan seems to have something more. After all he beat Fabian Cancellara for the prologue in the Tour de Suisse.

Reading Daniel Friebe’s biography of Eddy Merckx Giancarlo Ferretti talks of Merckx as a “one man forest fire” and with Sagan you get a sense of what he means, an unstoppable force of nature that can’t be beaten.

Carwash
It’s been raining so hard in Switzerland that there’s no prospect of forest fires. These conditions are not been easy. Riders get cold conditions, the mechanics have extra work to keep the bikes serviced and clean and managers fret about accidents and injury ahead of the Tour de France. But one team was grateful for the downpour in Switzerland today: Lotto Belisol.

The story is from Het Nieuwsblad which reports that the toilets on the team bus weren’t working. Two of the team’s riders “did their mission” in nearby woodland, to borrow the phrase from the Flemish newspaper. But they were spotted by a local who got angry and decided to get revenge. Recognising the team car in matching colours to that of the two defecating riders in the woods, he appeared with a shovel loaded with their woodland waste and proceeded to scrape it over the vehicle. But the rain was welcome as it helped wash the car clean. 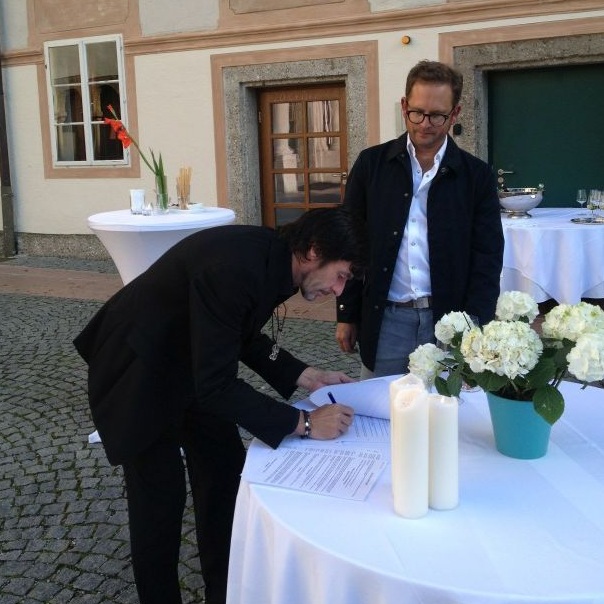 Contracts between riders and teams are set on a standard template agreed by the teams’ association and a group delegated to represent the riders, run by former world champion and Giro winner, failed politician and helicopter pilot Gianni Bugno (pictured inking the documents earlier today). Today a new agreement was signed in Salzburg, Austria and it should see a substantial boost in the minimum wage for riders.

The Bio-Passport Extends
At the other meetings in Austria it was agreed to propose that the Bio Passport scheme be extended down to the UCI Continental level. It’s only a proposal as other parts of the UCI have to rubber-stamp it but it looks likely. However this won’t be without significant extra costs for the teams involved in the third tier of pro cycling so if the aim is for it to start in 2013, it might not be fully in place by then or it could be optional for the first year as a way of introducing it. It’s certainly welcome. Endura Racing’s Jonathan Tiernan-Locke was one of the early season revelations but since his team isn’t subject to the same anti-doping monitoring as bigger squads a few people sniped about his sudden results. He and his team manager pushed to adopt the bio passport scheme for the squad, now it seems all teams will get the chance to take part. Good news.

New race
Today’s meetings also saw a new race added to the calendar. It’s the Tour of Hangzhou, in China and it will be part of the UCI’s World Tour. You can download an iCal file for your electronic diary of all UCI races from the calendar page. Many riders will groan about this enforced extension to the season, especially at such late notice. But the race is held in a more scenic location, so there should be more talking points than dense smog and rent-a-crowds bussed in by city officials which characterised last year’s Tour of Beijing.

Once again this race is going to be run by the UCI’s events promotion arm, a giant conflict of interest that I’ve covered before (here and here). This race was only mentioned a few months ago and now it appears on the UCI’s top calendar of races. This isn’t about corruption and the UCI approving its own races when it would fail others, it is more the monopoly control of a governing body that should govern but now also promotes. You wonder how other race organisers can compete if they want to launch a new event, whether the UCI would open so many doors so quickly.

No new race
One race that won’t go ahead is the mooted Tour of Russia. The Russian town of Sotchi will host the Winter Olympics in 2014 and there have been plans for a new World Tour race to promote the region in the summer and a tie-in for the sport’s growing Russian connections. But the plans are on hold.

Gone To Print
Spare a thought for all the Tour de France guides that have gone to the printers in the last couple of weeks. ASO released precise information on the route to the media and many magazine staff around the world have been toiling to compile the guide, complete with large features and even cover photos of Andy Schleck. Now that he is out the editors of these magazines must share the frustration of injury. 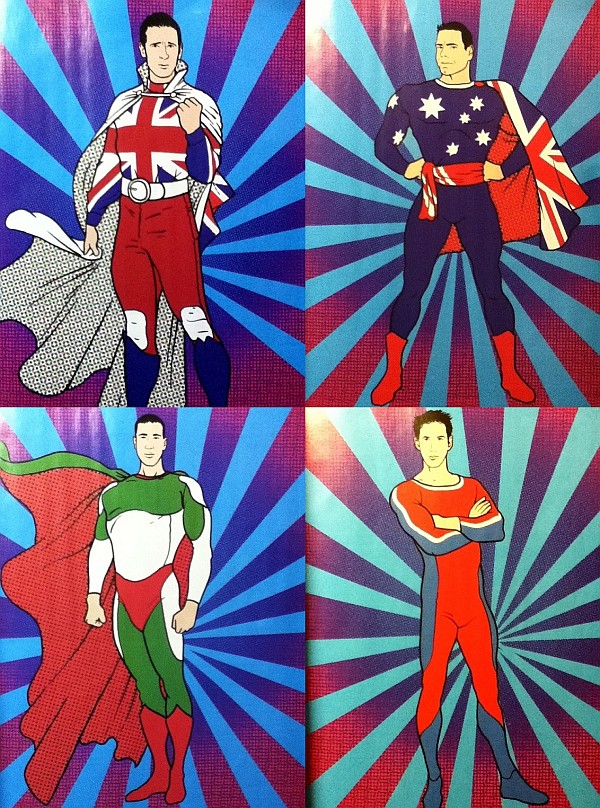 No cape for Andy

France’s Vélo magazine went for the superhero format, depicting its four top contenders as comic book champions, each getting a full page drawing along with an imaginary scenario to explain how they won the race. Andy Schleck didn’t get a cape. But in case your wondering Vélo suggested he would limit his losses in the time trials, launch a long range attack on the Grand Colombier and take time elsewhere in the mountains, deploying his team.