The fourth pick of the season. This time it’s the Olympics and Anna Kiesenhofer’s stunning win in the road race.

Which Dutch rider was going to win? The course was hilly but not Alpine and it looked like the already small field – just 67 starters – would be softened up and reduced by the time it reached the Fuji Speedway. Then we’d see whether a Dutch rider could get away solo for the win, and if not they’d force others to chase and so another, perhaps Marianne Vos, would win the resulting sprint. Only the Dutch team was all stars and no water carriers. Anna Kiesenhofer and others attacked from the gun and behind nobody really wanted to chase. The Germans tried a bit while the Dutch riders were spotted as often in conversation with their team car as at the front of the bunch as they climbed up the gradual Dōshi valley. Kiesenhofer, with Anna Plichta (Poland) and Omer Shapira (Israel) had almost 10 minutes before the tunnel at the top of the pass. 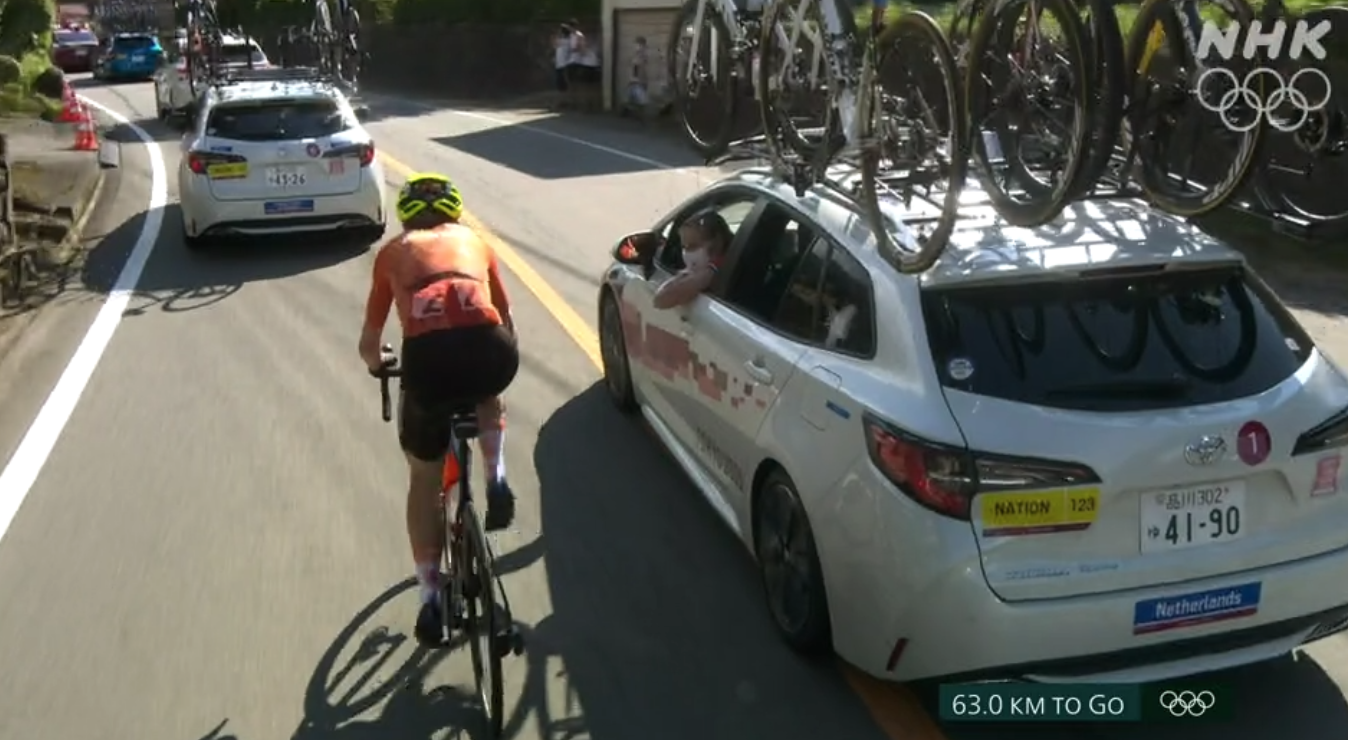 Towards the top of the climb the attacks began thanks to the Dutch and eventually Annemiek van Vleuten got away solo. This looked like order being restored and the early breakaway would be reeled in. Only the time gap wasn’t falling and van Vleuten wasn’t riding away from what was left of the peloton either.

Kiesenhofer attacked on the Kagosaka Pass and this was the decisive moment, she left two World Tour pros behind to go solo. And while she was tiring and her back becoming ever-more hunched from fatigue, the suspense grew as to whether she could stay clear or if she’d crack like Plichta and Shapira did. Only she didn’t and took the shock win the season. In the moment she didn’t seem to believe it, collapsed on the tarmac. 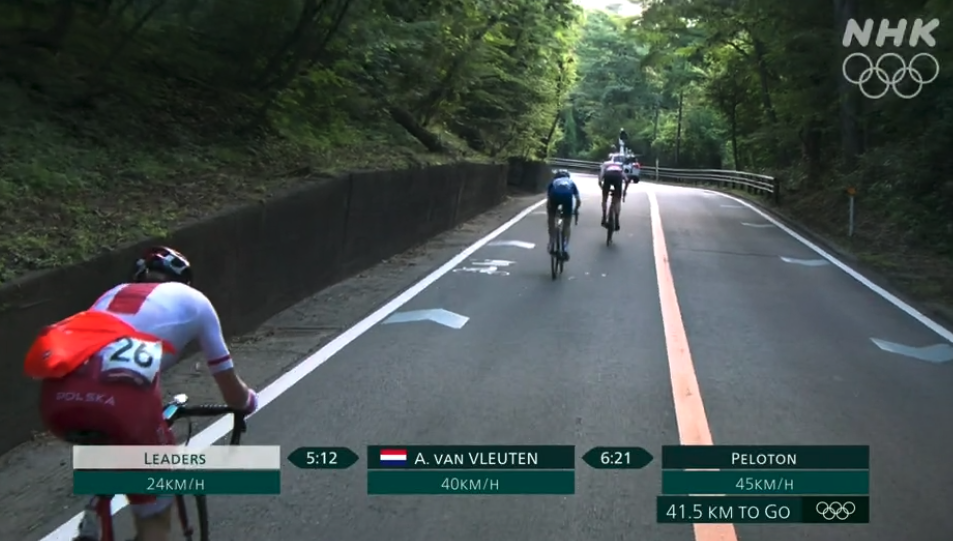 Why the highlight?
A thriller and a surprise. If this was a film the genre might depend on your nationality: a fairy tale for Austrians and many neutrals; a disaster movie for Dutch viewers. It was a race to enjoy from the start. Now there weren’t attacks every minute but it was thrilling for the way the story gradually changed, the build from “they need to start chasing” to “is it too late?” to “can she make it?”. When Kiesenhofer had won it still was exciting to see the race for silver and the reactions. Above all it feels like a race to pick over and review when others seem settled and done.

Some readers might prefer the men’s race. It was a great event too, but a more predictable “Hollywood” script with the best riders waiting for the steepest point of the course before trading moves.

Kiesenhofer’s win was also popular Olympics story. To view host broadcaster NHK’s home page during the games was to visit the goldmine of Japanese success stories… but amid all the home glory was Kiesenhofer too, a popular story alongside the shared men’s high jump medal, it’s always nice to see others enjoy our sport too.

With hindsight
Within hours of the race finishing we got the benefit of some hindsight as we discovered some riders didn’t know Kiesenhofer was still up the road, while others knew full well. Just knowing this allows us to review the tactical choices in a new light. It’s also notable because while Tokyo was a striking example it happens more often in a race than we might think, and serves as a reminder that you get a more comprehensive view of the race from your sofa than racers get inside the race.

A longshot made good or a likely outcome? I still can’t decide and part of the enjoyment of this race is still chewing it over in a way that other races are settled. If you could run the race 100 times Kiesenhofer could win plenty of times, a host of factors helped her rather than a lottery-win lucky strike. Now sometimes the early breakaway does make it in a race and lesser-known rider gets a win. But the Olympics road race was very different, yes it’s one of the biggest races on the calendar, especially for the women’s peloton, the kind where mistakes aren’t supposed to happen. Only structurally it’s also the very race to reward a breakaway: 67 starters, small teams, a quota system that qualifies weaker riders. The system set up the scenario, Kiesenhofer then grabbed it with an audacious solo ride.