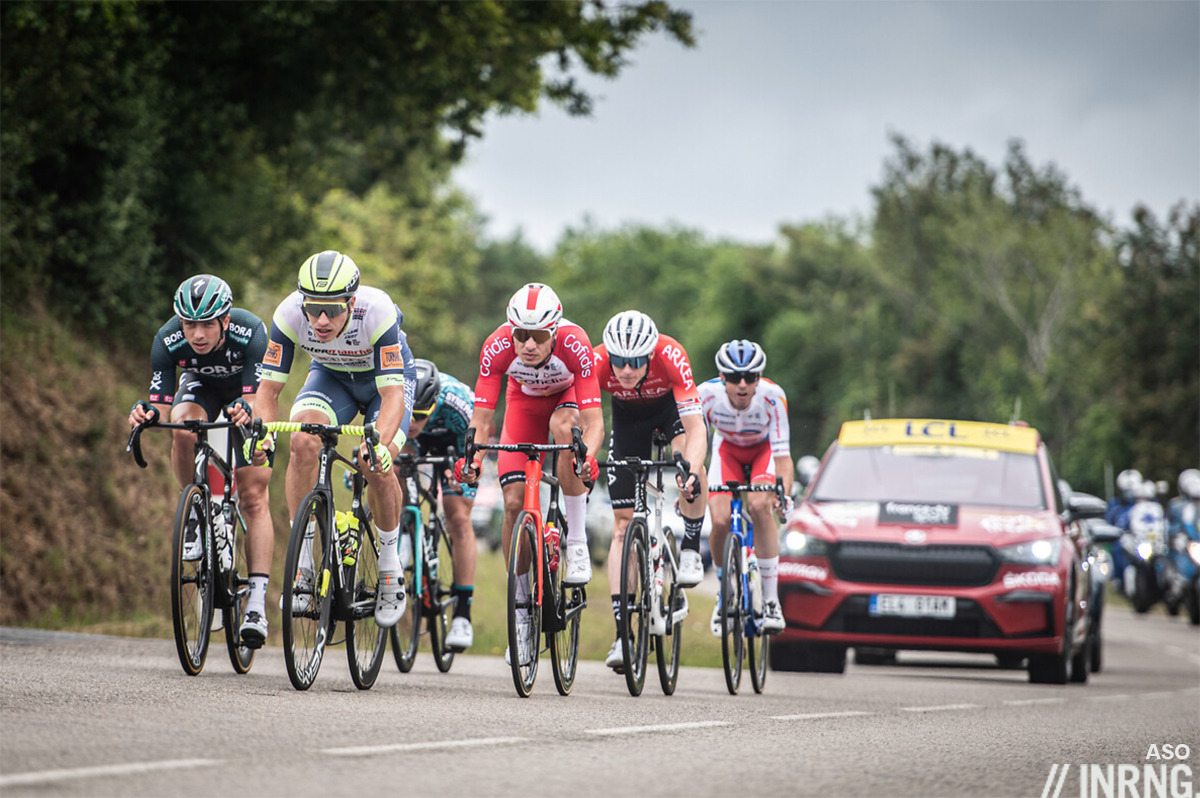 One big issue for half the men’s World Tour teams in 2022 is going to be winning UCI ranking points. Several squads are locked in a relegation contest with their World Tour status at stake, possibly their survival. It could even affect race tactics.

All races have UCI points and riders score points based on their finishing positions. If you need to know the points available per race, then see the UCI Points and Rankings Explainer post. Teams are then ranked on the basis of their 10 highest-scoring riders, this idea is this allows 20 other riders to work in support and set up their leaders to get results and score points.

So far, so normal. What’s different for 2022 is that at the end of next season all teams will be ranked and the best 18 teams will qualify for World Tour licences (as long as they meet the admin criteria and all that). Any World Team squads ranked 19th or lower face relegation to the lower Pro Team status. 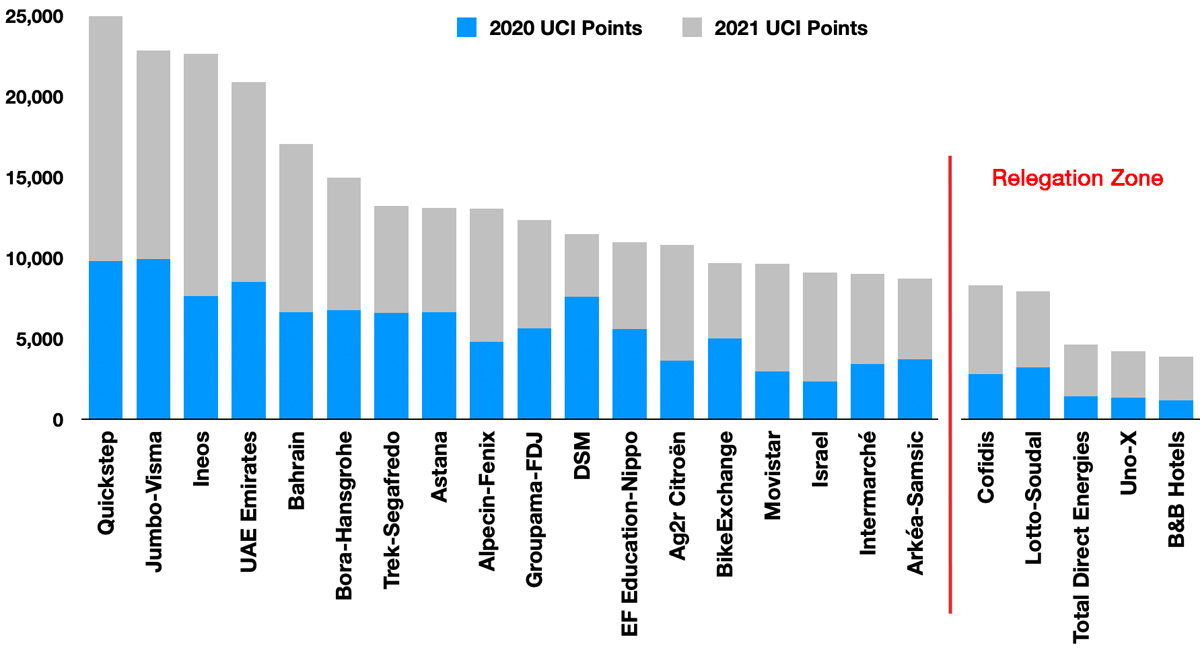 Alpecin-Fenix and Arkea-Samsic are currently ranked inside the top-18 teams today so they’d get promoted and have World Tour licences for 2023, 2024 and 2025. This assumes they’ll apply and meet the criteria and so far we know Arkéa-Samsic are going for promotion but Alpecin-Fenix haven’t said anything on the record, so we can assume they want World Tour status, but cannot count on it until they reveal their preference.

Meanwhile Cofidis and Lotto-Soudal face relegation. But there’s all to ride for, a whole season to score points. And it’s close, Cofidis are only 62 points behind Intermarché-Wanty-Gobert; and if Caleb Ewan hadn’t crashed out of the 2021 Tour de France this year Lotto-Soudal would have scored more. 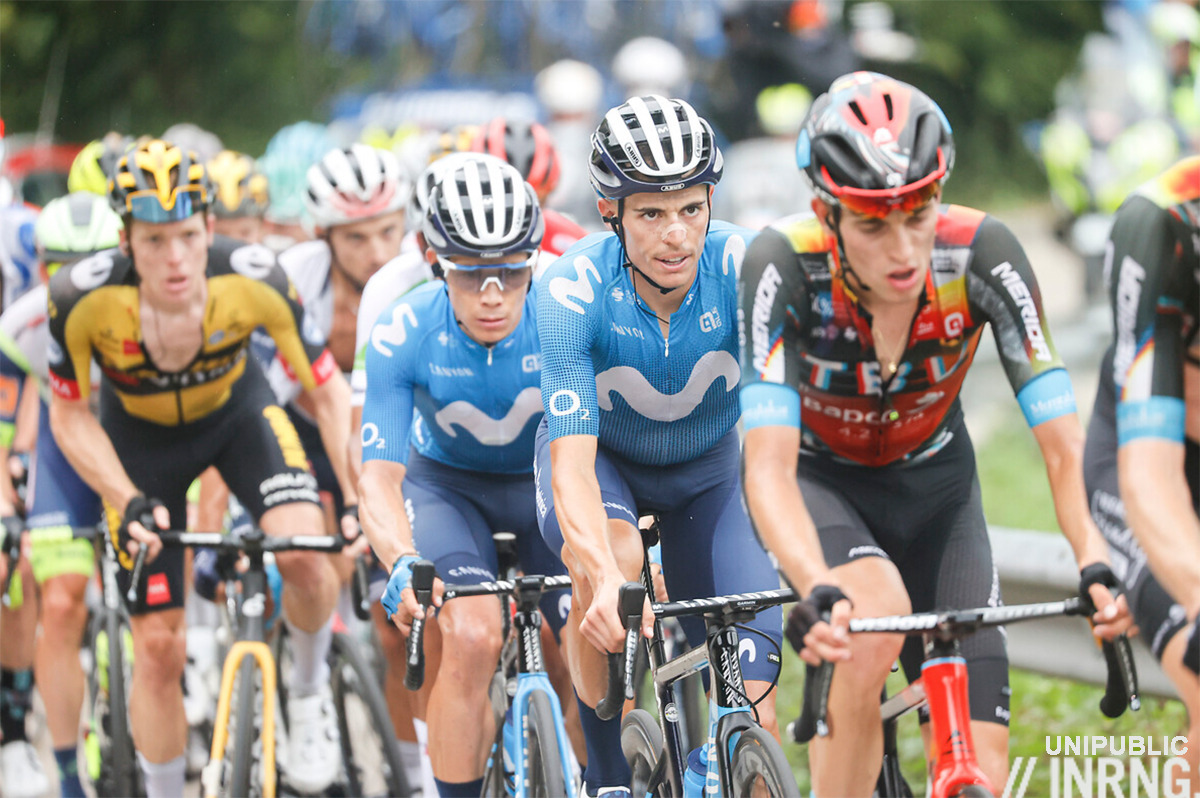 The likes of DSM, EF Education-Nippo, Ag2r Citroën, Bike Exchange, Movistar, Israel risk relegation but let’s stress risk relegation, rather than face relegation. Movistar and DSM are paying for their poor 2020 and 2021 seasons. The Spanish team’s loss of Miguel Angel Lopez also means they lose a big points winner for 2022 and the beef over his Vuelta exit cost them muchos puntos, if he’d only stayed in the race and finished third he’d have landed 575 points for the team, enough to leapfrog Bike Exchange. Now let’s not dunk on “Superman”, this just makes a handy example of how incidents have long term effects. Conceivably the status of a team could come down to a puncture, a Covid test, a crash, cramp even.

World Tour status is a big deal
It’s the golden ticket that guarantees a start in the Tour de France. Without it some sponsors might exercise exit clauses, although under the rules relegated teams can still get invited to all the big races next year. It’s nice to win races but for some teams it’s going to be essential to score points, a matter of survival.

So where to poach points? Anywhere, it doesn’t have to be winning, but that helps. Placing counts and anything is good, it doesn’t even have to be a top-10. Imagine a summit finish, a rider might want to hang with the leaders as far as possible but the risk is they blow to smithereens, better to ease up a touch and make a solid level effort to the line, passing those who cracked and this way harvest more points. Better if you’re a team manager of course but not exactly what fans crave. Also one day races pay way more than stages during a stage race, for example winning one early season Challenge Mallorca race brings more points than a Tour de France stage, again see all the UCI points tables for 2022 for all the detail. One day races and the overall in a stage race are the big points winners, stages during a stage race offer few points.

Indeed you might not care much for who finishes, say, 12th in the Tour de France but it brings 125 points, as much as winning a week-long 2.1 stage race or more than winning an actual Tour stage. So watch out teams nursing riders towards top-15 positions in World Tour stage races, it might look pathetic but they’ll have genuine incentives. Or look for riders sprinting for 14th place in a semi-classic, it’s not just for fun or pride, it could actually count and many a pre-race briefing or race radio reminder will say so. If you see a rider from a team in need of points in a small breakaway coming into the finish as the bunch bears down on them, there’s an added incentive to help the breakaway make it to the finish so they can salvage fifth place even if this costs them the sprint, while others from better off teams might know this and can save more energy for the sprint. Now it won’t be as obvious or prescriptive… but you can see the incentives at work here, right? 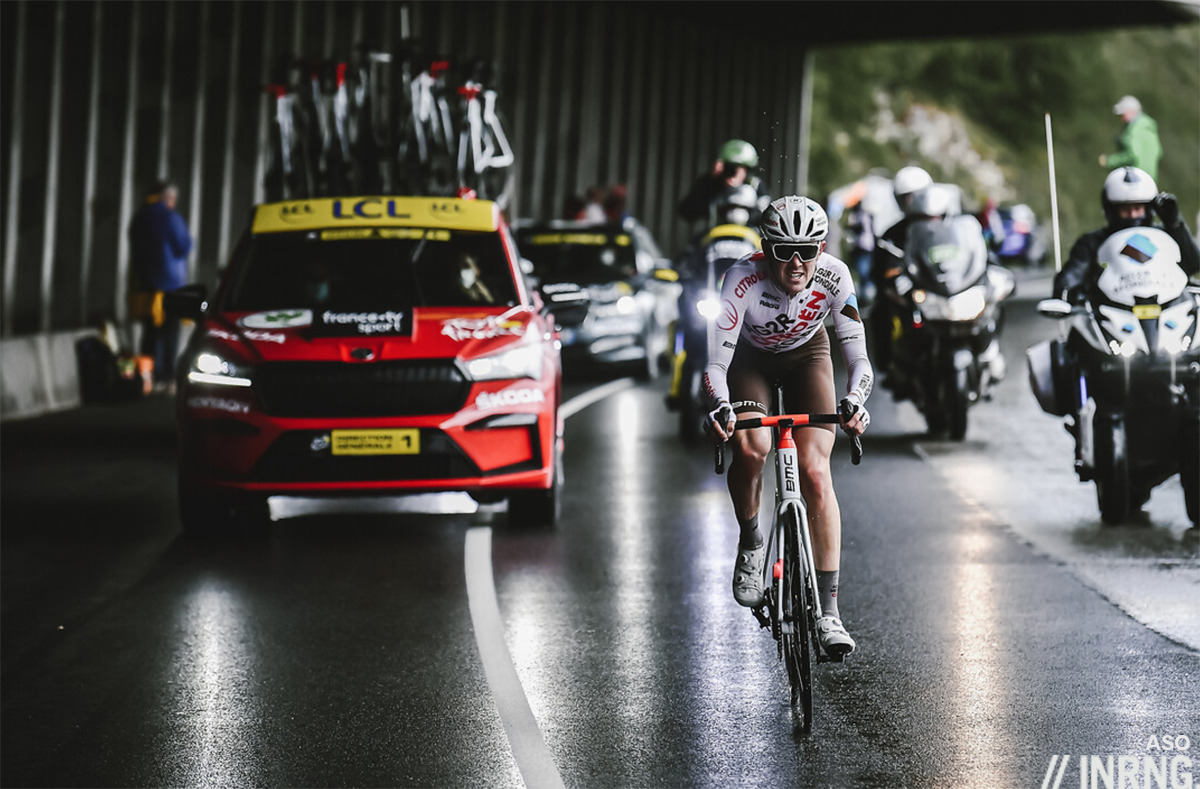 Conclusion
It’s not the stuff of dreams knowing teams are chasing points as much as wins but it’s something to watch out for. Think of it as a secondary story, while most eyes are on UAE, Jumbo-Visma and Ineos, the smaller teams still want to win races but have another contest with it.

Promotion isn’t automatic, a team has to meet all the usual admin, budget and ethical criteria to land a licence as well but these are normally within reach. And relegation can scare sponsors but the regulations allow for a softer landing with ejected World Tour squads likely to get invites to the big races.