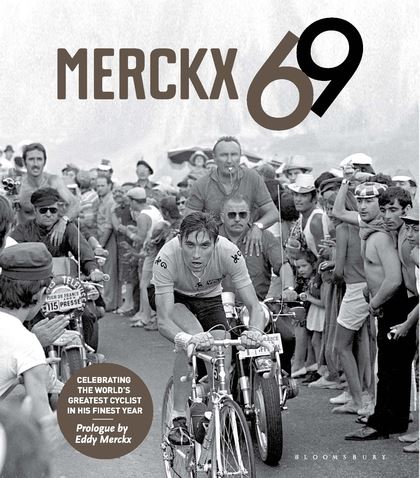 Eddy Merckx has just turned 69 but the number has another significance for him: 1969. It was the first year of Merckx’s domination, the first feast for his cannibal appetite. This book chronicles that year via a series of rich images.

The first that strikes you is the size. Open it and it’s 67cm or 26 inches diagonally, the size of a computer monitor. It’s heavy too and at 1,689g it probably weighs about the same as one of Merckx’s steel frames from the time. 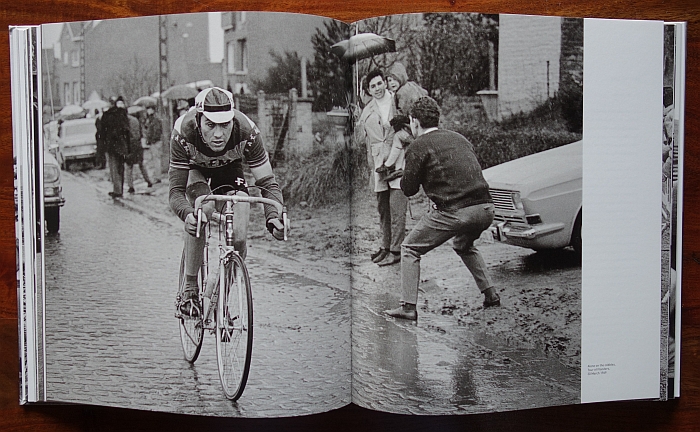 It’s primarily a picture book with large photos by Tonny Strouken that chronicle his 1969 season. In these Merckx seems to have crossed from sports figure to national celebrity, there are many images of racing but others could be from Paris Match, Time or another photo-rich magazine of the time.

To provide some structure there are letters written to Merckx by Jan Maes, a long time friend of Merckx. Each are full of questions, as Maes wonders what Merckx is thinking and feeling. We should note this is an English translation, a near-identical book has been produced in Belgium by publishers Racine. It’s an official Merckx book but not always “here’s Merckx, isn’t he wonderful” because 1969 saw a positive doping test during the Giro d’Italia and later his crash on the Blois velodrome where his motorpacer died and Merckx wasn’t far from death either. The fragility is obvious, one minute at the top of his game and a few pages later he’s being flown home in an air ambulance.

Merckx is a curious figure. He’s no model but the high cheekbones and circumflex eyebrows make him recognisable, the visual angularity. The book is similar to Herbie Sykes’s “Coppi – Inside the Legend of the Campionissimo” but Coppi’s career is covered in full to the point where you see, via the images, a whole country change during Coppi’s career. This is just one year so we don’t see the evolving motorcar, the roadside fans going from being farm workers on a break to tourists on holiday. But the photos are so large we can see the crowd and many other details. It’s more a social snapshot. One thing that has improved is photographic technology and some of the images, blown up to fit this book, have a very grainy aspect. You might like this but in a few pictures it’s quite prominent. Here I’ve zoomed in and cropped a photo to exaggerate the point. 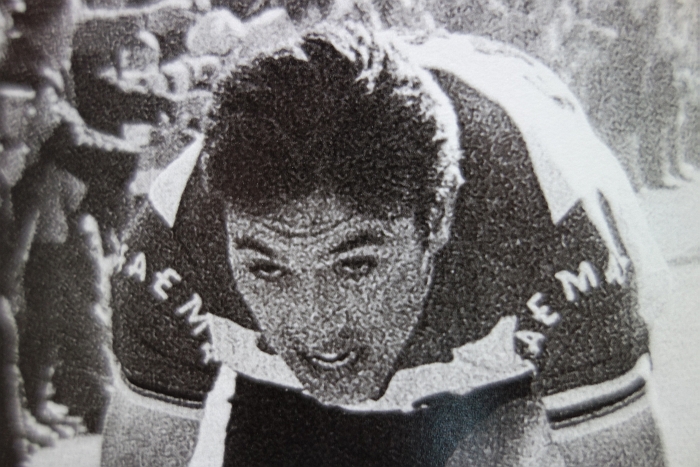 Talk of a golden age can be code for nostalgia but these photos work because things were so different. There were no helmets or glasses… for motorbike officials in the races, yet alone the riders. This means we see every facial expression whether Merckx, his rivals, the crowds or the entourage. It’s not possible today, all the better for safety but it does mean images are not as rich, photographers are having to find new ways to capture the moment often embedded with teams in order to capture private moments and expressions. One curiosity in the book is the number of times Merckx is smiling, he is clearly enjoying himself and it makes a change from the other moments when all we see is the stern mask of the The Cannibal. 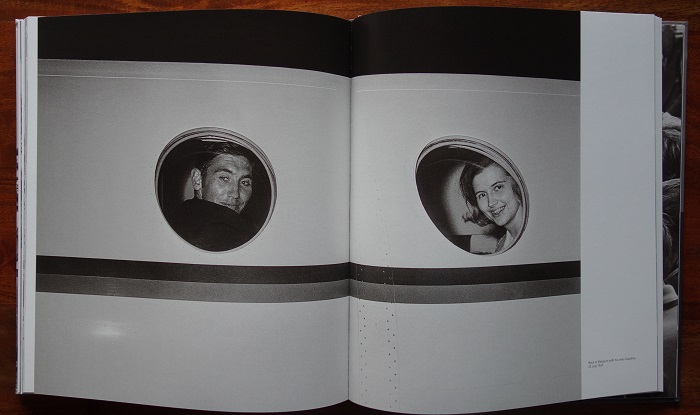 Summary
A fine book chronicling the finest year of the finest cyclist. It’s easy to rustle up some photos from the archives and create a hagiography but this book gets the right balance, a tribute but a touching one and in a jumbo format. With its size and price this is both a storage concern and an investment but it is a book to keep.

If you known Merckx as name but not the stories then I’d recommend Half-Man, Half Bike by William Fotheringham and Eddy Merckx The Cannibal by Daniel Friebe because they’re rich in history, fact and anecdote. If you’ve got those and want some rich images to add to the collection this is for you.

Note: this copy was sent free for review. It is published in English by Bloomsbury and available in print only. It costs £35 – roughly $50.