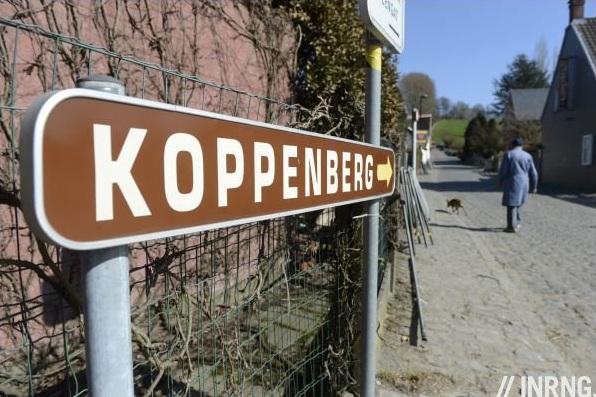 Congratulations to Flanders Classics for changing the route for the Tour of Flanders. De Ronde had adopted a finishing circuit that included the Oude Kwaremont and Paterberg climbs but crucially a large open section in between that seemed to encourage riders to huddle together in a bunch. For me the jury was out on this, it hadn’t worked so far but a change of weather could alter things. But the race hasn’t bothered to wait and see, it’s scrapped it to bring in a more lively finish where the cobbled climbs will come thick and fast in the final hour. Here’s a comparison of the profiles:

It’s no graphic masterpiece but spot the difference at the end with the Kwaremont-Paterberg combo followed by a new series of climbs bookended by the hardy Koppenberg and the Boonen-fest Taaienberg.

However if it’s a change some will still miss the Muur van Geraardsbergen and there is still a long flat section on the way to the finish. The result can be certain but the change is to be welcomed and if you’re salivating already you are not alone. 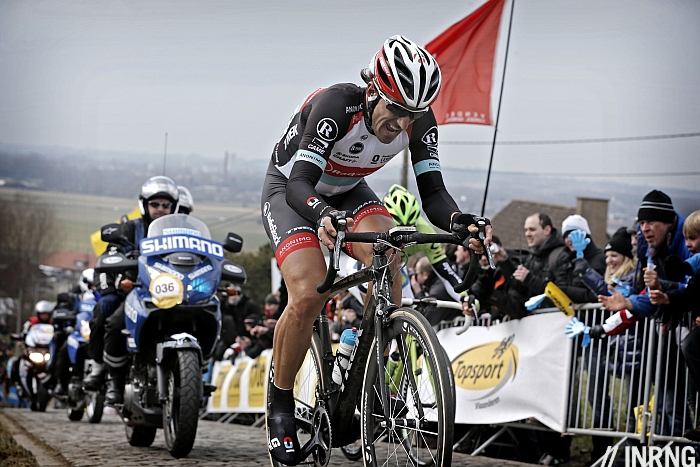 Cancellara and The Hour
The course changes won’t worry Fabian Cancellara too much, if anything they could help eliminate a few rivals before the finish. But what of the hour record? It’s still a project under review. Those who have broken the record before point to the asymmetry: in undertaking the record attempt you are expected to break the record but fail on the day and you look like a loser.

Cancellara’s been pictured with a standard track bike meaning there’s little publicity gain for Trek beyond some talk of wind tunnel science. If he does break the record expect others to try, Tony Martin and Bradley Wiggins perhaps. In recent times once one rider has broken the record others have gone for it.

Fake Docs
Now records of a different kind. Vacansoleil-DCM hired a phoney team doctor in 2011. A man approached the team claiming he’d qualified as a sports scientist in the USA but it was a lie and eventually he was found out and he’s being investigated for false records. It’s amusing in the sense that it’s jaw-dropping stuff but worrying at the same time as impersonating a doctor is a serious issue but more so when it turns out “Dr” de Martelaere was tasked with internal anti-doping controls.

What do the docs do?
The role of a team doctor is not clear. The UCI requires pro teams to have a doctor but doesn’t specify what they’re supposed to do. Are they glorified nurses to repair crash damaged riders? But isn’t a race supposed to supply medical care? So are they physios, sports scientists to design training plan, experts in nutrition or a bit of everything? Whatever they are the UCI could consider having a register where it vets and approves doctors. Sure teams should do their homework before recruiting anyone – Team Sky and Leinders comes to mind – but an approved list of team doctors could have some advantages, for example it cannot be right that Katusha have a convicted criminal as a team doctor. Andrei Mikhailov has dropped off Katusha’s website but he’s still with the team.

Verbruggen rises to the bait
Talking of past problems, Hein Verbruggen has rushed to defend himself against accusations from Lance Armstrong. Only in his haste he’s hinting he discussed the idea of a backdated prescription with Armstrong to cover the 1999 Tour de France positive tests.

Repeat Message
It’s worth repeating that backdated paperwork or not, the UCI rules in place in 1999 were black and white: Lance Armstrong should have been disqualified from the Tour de France. You can see for yourself here. After Festina and with the tale of a comeback rules appear to have been bent.

We had a few smokescreens since then, for example the backdated TUE letter and the UCI’s stated the quantities found were small and therefore suggesting “enough proof to suggest that the substance was administered in a non-prohibited method”. Only the rulebook didn’t allow for debate over dosage, there was no threshold and the failure to declare the medicine meant Armstrong should have been disqualified from the Tour de France.

Verbruggen’s changing story and the still unexplained non-expulsion from 1999 means there’s certainly room for more investigations in the UCI.

Tour of Rwanda
Enough of the past! Here’s something to cheer you up. Having reviewed Tim Lewis’ “Land of Second Chances” about Rwandan cycling I found it hard to read the book without hoping for some kind of fairytale ending but it’s a true story and the better for it.

But sport does have its magic and Stage 2 of the Tour of Rwanda saw 19 year-old Valens Ndayisenga winning ahead of 34 year old Abraham Ruhumuriza as the Rwandan pair jumped away in the finish. Just look at the crowds.

Ndayisenga’s win is very promising but Ruhumuriza has long been a star of Rwandan cycling, their version of Jens Voigt. In fact he’s listed as 34 but nobody knows his real date of birth and he might be much older.

The race continues although not for Jay Thomson. He had been leading the race but has retired with illness. No worries for MTN-Qhubeka as Louis Meintjes has just won Stage 3’s uphill finish and takes the overall lead. You might remember his name from the Worlds where he took silver in the U-23 road race.

Interview time
What would you ask Mark Cavendish? Someone once said the art of an interview “is to get someone to say something they’ve never said before”. But it’s not an easy game for interviewer or interviewee as journalist Kenny Pryde explains as he sits down with Mark Cavendish.

Councillor Holm?
Someone who’s often got something original to say is Cavendish’s DS, Brian Holm. The Danish media are reporting he’s been elected as a town councillor in Frederiksberg, Denmark. It’s not certain though as he’s 15th on the list of De Konservative party meaning his party needs a large number of votes before he is awarded a seat.

Yates and Yates
Finally if you want more to read the friends over at Ride Cycling Review have an interview with Orica-Greenedge’s new signings, Adam Yates and Simon Yates . It’s an informative read with insights into the British track programme. For some time they’ve been presented as a package, twins but almost as one. This interview treats them separately so meet Simon and Adam rather than The Twins.