Start the New Year in November 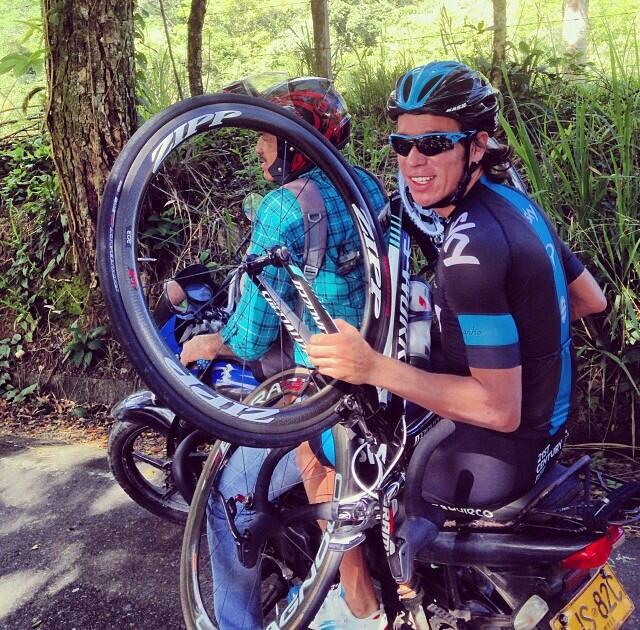 Sometimes you can look at big topics like calendar reform or concepts like “truth and reconciliation”. But here’s a small practical problem that can be easily fixed.

Rider contracts run from 1 January to 31 December and the timing has some absurd consequences.

The first absurdity is the visual spectacle of the team training camp. Right now several teams are holding training camps and team building sessions and new recruits for 2014 are taking part although they’re still salaried by their old team. And because riders are still technically employed by their team until the end of the year a new recruit must ride their 2013 team bike and dress in the clothes of their current employer until 1 January. There are three practical problems:

There’s also the fundamental point that by time we get to November, a rider who switches teams is no longer working for their old team but is training for the upcoming season with their new employer. Everyone is salaried by their old team but by now their working for their new team. Take Rigo Uran who is still wearing Sky kit for training but he’s just visited Specialized wind tunnel because he’s riding for OPQS in 2014.

There are work-arounds, for example Astana are giving out unmarked team-issue bikes. Michele Scarponi is still wearing Lampre-Merida kit but riding a stealthy Specialized. Others just ignore the rule, Rigoberto Uran is riding his OPQS Specialized in the hills of Colombia. Meanwhile BMC Racing got all riders to pose in BMC kit for a photo several weeks ago, putting the likes of Peter Velits, Darwin Atapuma and Peter Stetina in red and black – but only after seeking permission from their current employers. But breaching the rules isn’t good and only highlights the petty problem.

Simple solution
With the World Tour season stopping in October it makes sense to align the contractual period around the cycling season rather than the calendar year. The UCI could bring the contractual year forward so that a rider is employed by their team from 1 November to 31 October.

It’s hard to think of the negatives here, perhaps the transition makes a difference and you’d might want to move the team licensing process back in time but that’s something else that’s worthwhile. Some teams still want to use the 1 January to unveil new kit but that can still be done.