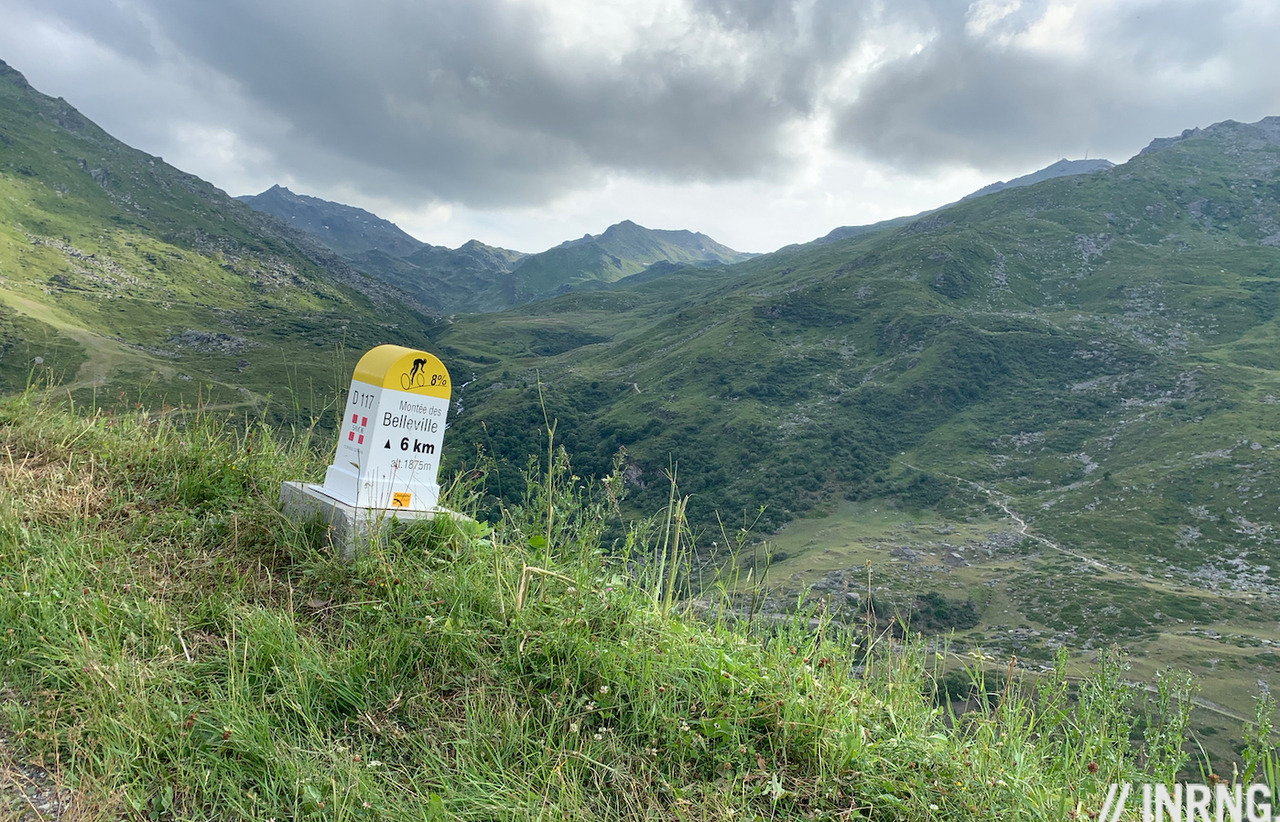 The final climb of the final mountain stage of the 2019 Tour de France, the climb to Val Thorens is a giant, 33km long to reach 2,365m above sea level. Here’s a closer look. 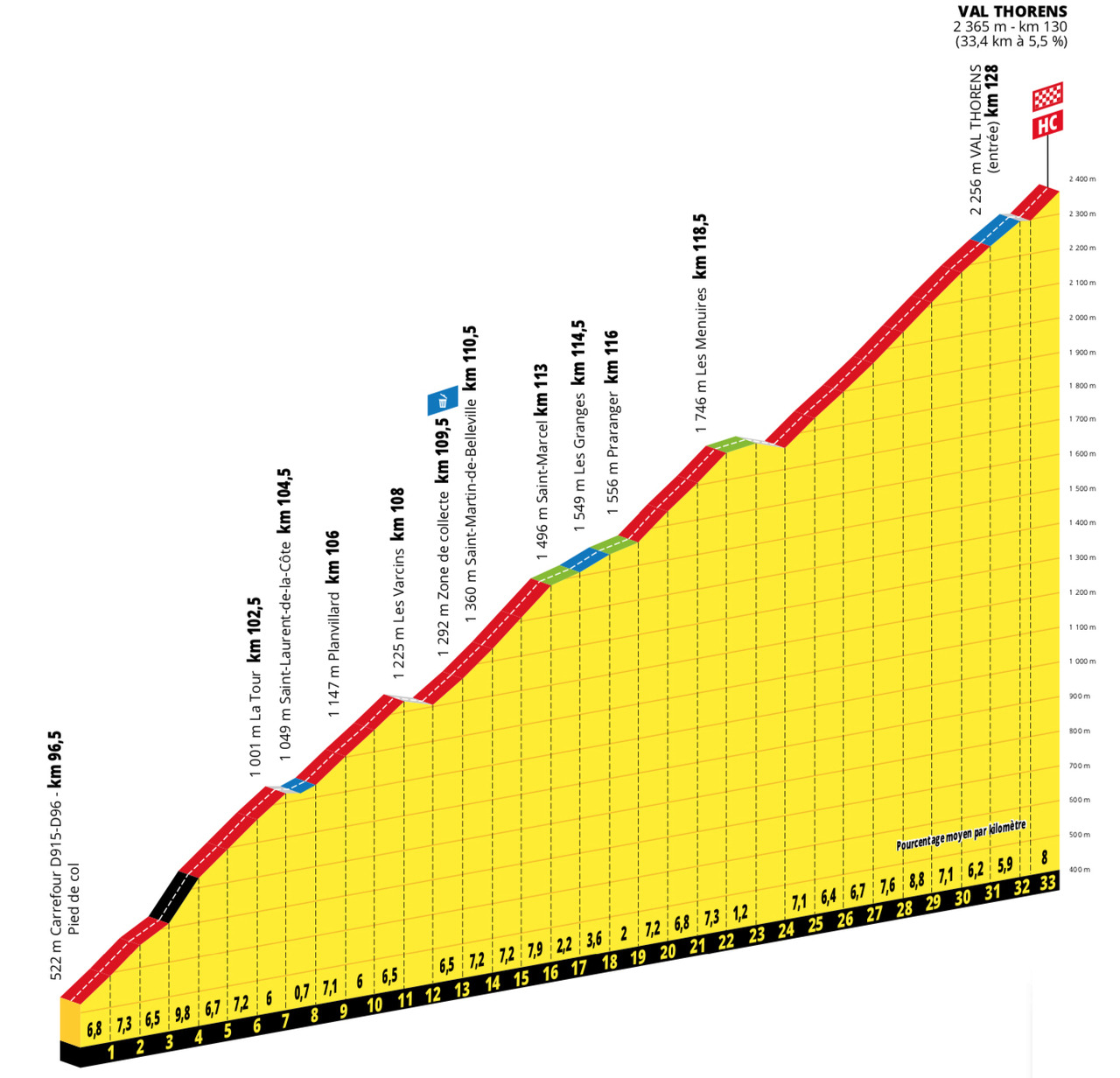 The Route: the D96 heads south-west out of Salins-les-Thermes in Savoie, France before joining the D117 to climb to the ski resort of Val Thorens. It is 33.5km long and averages 5.5%. It’s labelled the “Montée des Bellevilles” but this term also applies to the road that starts direct out of nearby Moûtiers to climb the other side off the valley before both roads converge at Les Varcins. 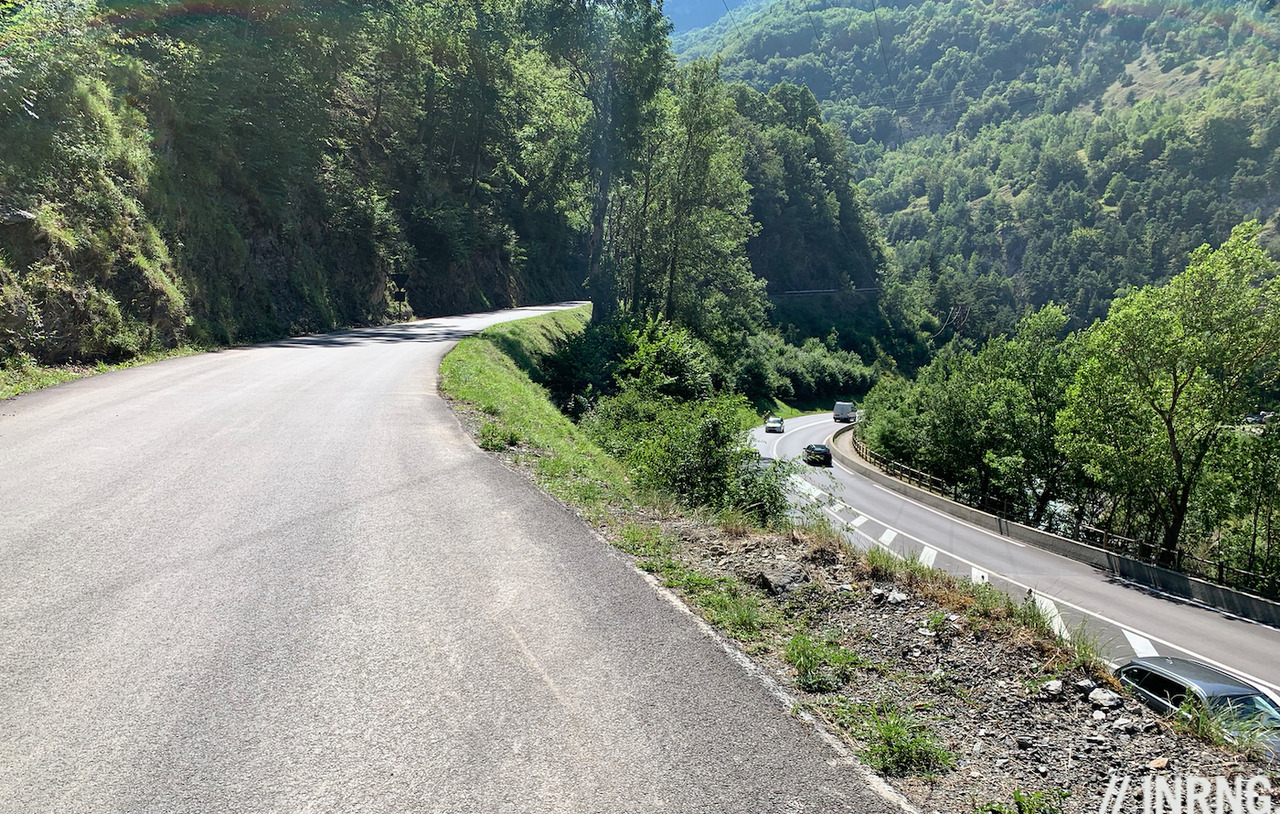 The Feel: when the Tour’s route was announced last October it looked like this would be the main road up to the ski station, a long climb but regular, built to ferry tourists up to the ski resorts by the coach load. Only zoom on the map and the race instead uses a small backroad that climbs up the other side of the valley. It sounds nice and it’s relief to take the right turn and quit the busy valley road. The delight doesn’t last long as you round a corner to discover the fresh blacktop ends and it’s just a small, irregular backroad. Given you’ve got plus or minus two hours of climbing ahead you have to abandon hopes of a gentle introduction to the climb, here it’s 8% and there’s a long 10% ramp too and are you a hare or a tortoise, do you push hard to get this section done, or pace yourself like it’s an athletic marshmallow test? 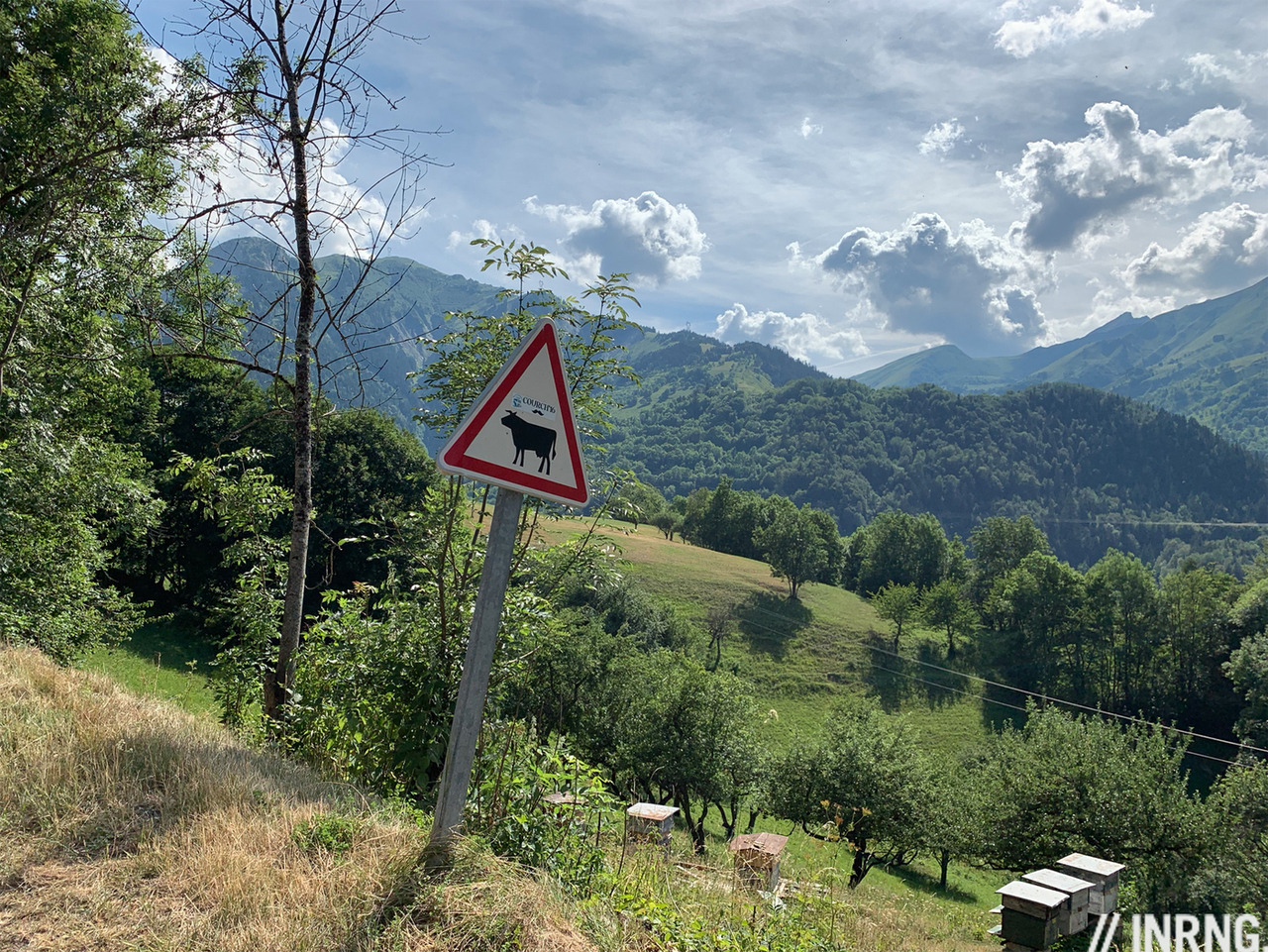 If the Tour uses this tertiary road it’s perhaps because it makes the race harder but also prompts cycle tourists to use this quieter road, there’s almost no traffic. There are chalets old and new and farmers toil in the fields, raking dried grass by hand to make provisions for their cattle ahead of the long winter. There’s a section of hairpins to reach La Tour (“the tower”, not le tour, “the tour”). Helpfully there are signs every kilometre for cyclists to tell you how far to go and what the gradient of the next kilometre will be, they are all over the Alps and beyond now and a small sign that the authorities values cyclists and want to turn a road into an experience. 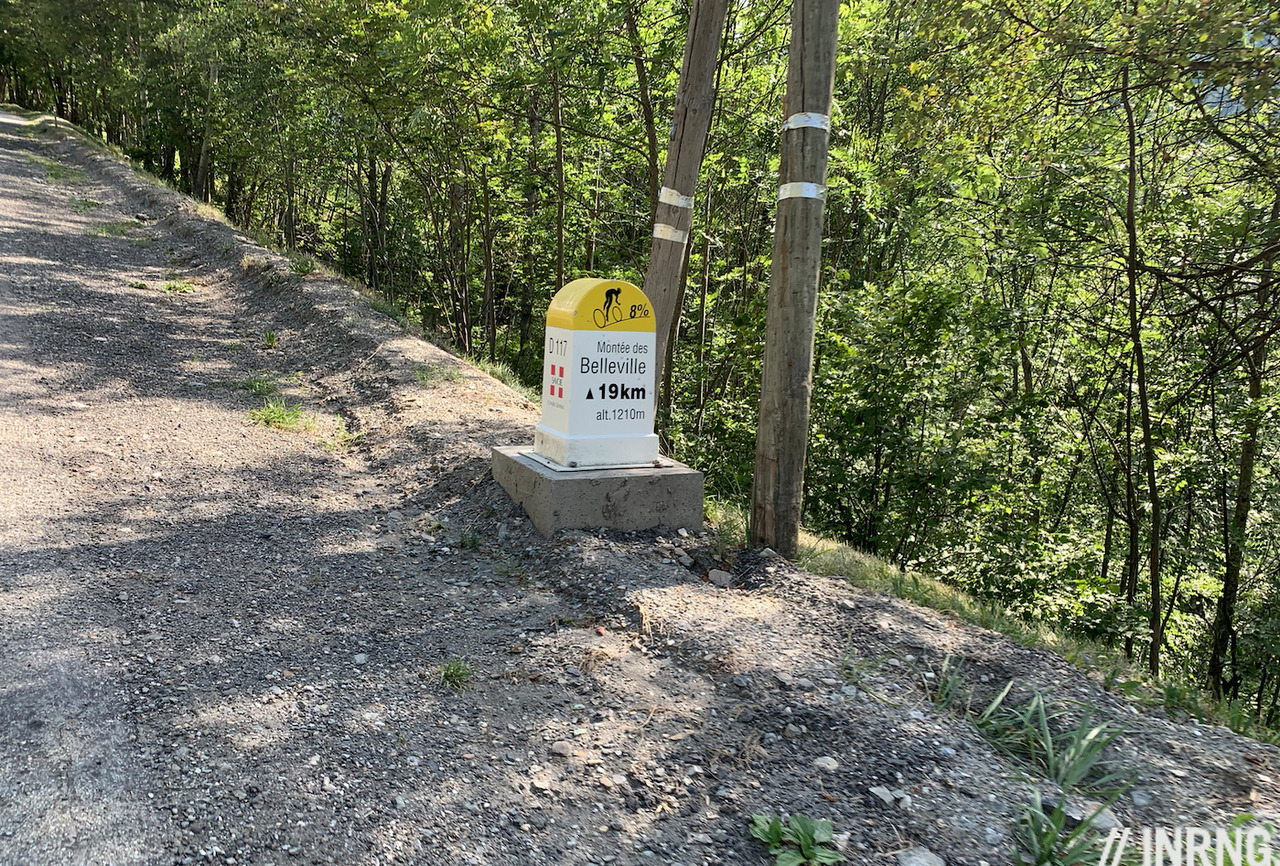 Look for the fountains marked eau potable as there’s not much else later on. Once you reach the hamlet of Les Varcins the backroad road joins the main road up to the ski station. It immediately faster but the downside is more traffic including a parade of earth-moving trucks and cement tankers using the summer window to build ski accommodation.. For the Tour route follow the cycling signs at Saint-Martin-de-Belleville to zig-zag through the town while the trucks bybass it. Once out of the town the slope eases, an obvious place to eat and drink as you’re only halfway.

The road kicks up and you turn off to ride through the ski resort of Les Menuires complete with its tall tower block. Here you wonder if you’ve got it all wrong. As the sun pounds down and you winch your way up what if you joined the herd to come here in winter to slide down instead?

You can get that downhill feeling quite soon as there’s a descent out of Les Menuires and you circle one of France’s highest altitude roundabouts. From here the feeling is one of being small among nature. The road is big but the landscape bigger and wilder. Val Thorens is still several kilometres away and road has an even 7-8% all the way, the secret here is to stick at a rhythm as the road now nudging two kilometres above sea level. 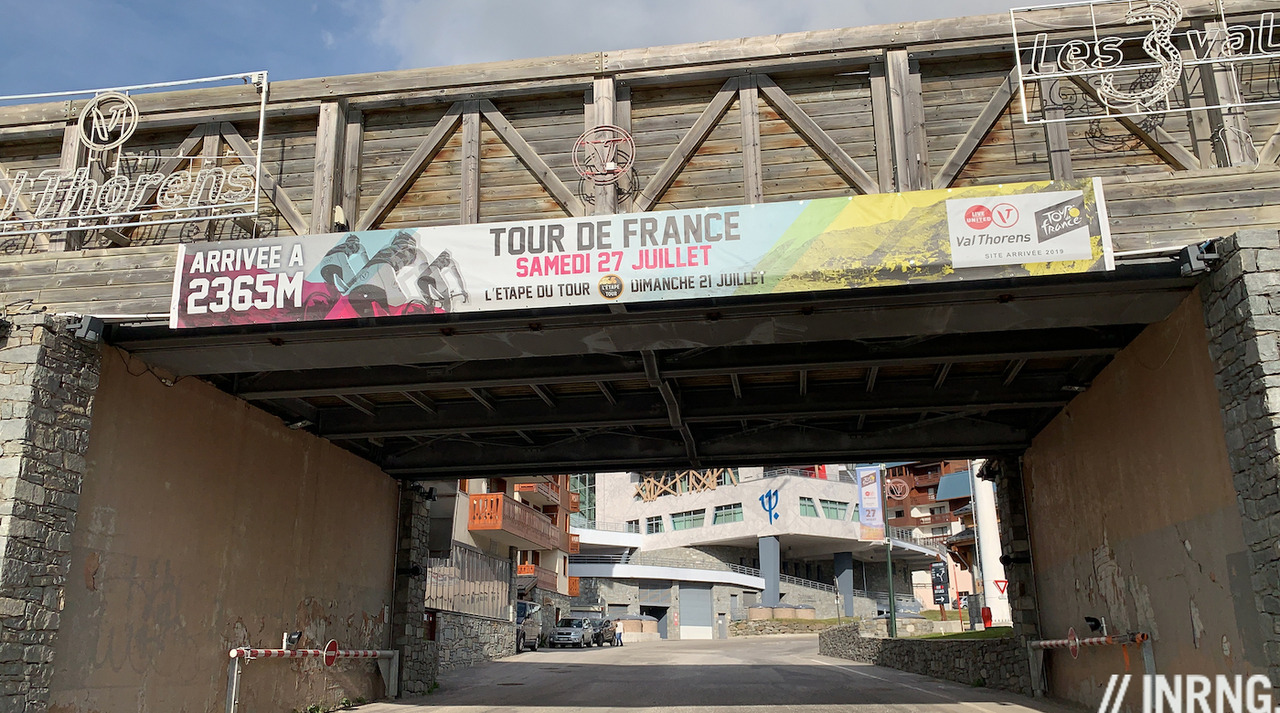 Val Thorens is more a sight for sore legs than sore eyes, you swap the majesty of Tarentaise peaks to become engulfed in a concrete canyon, first a concrete car park, then a few buildings, a covered tunnel and then into town as you ride through a series of short tunnels under the buildings. Perhaps it’s charming under a blanket of snow but in summer it feels like a suburban housing project parked at 2,300m. Only this isn’t the end. Instead of finishing in the town, the Tour route takes you out of the resort and onto a small service road that has been a gravel track but is now tarmac and you have a final kick up with some double-digit gradients to the Tour finish line amid the ski lift pylons. 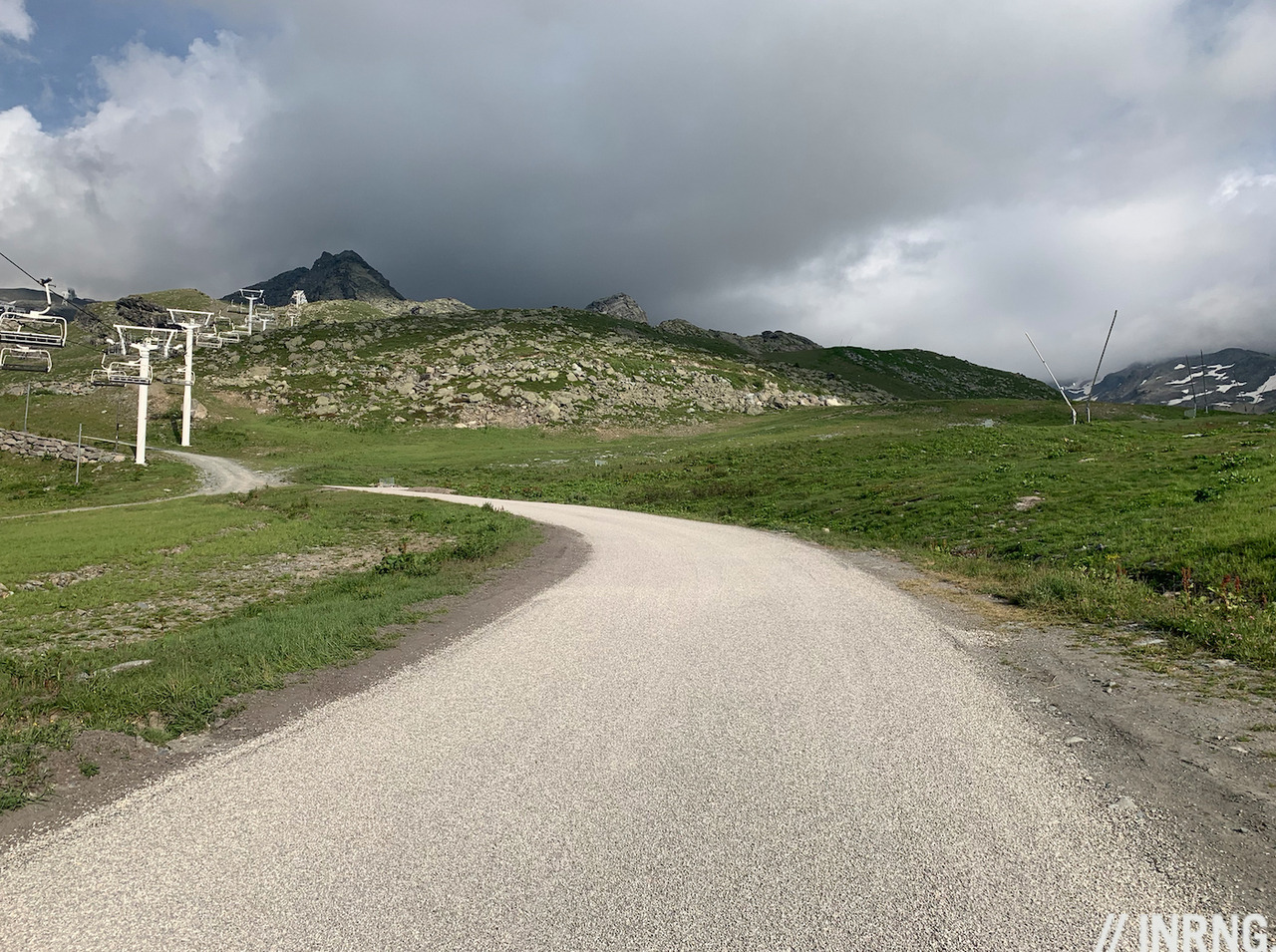 Ride more: now it’s time to put a jacket on and enjoy a long descent. You can take the main road down rather than the backroad used at the start of the climb but this includes some 2.5 kilometre climb so it’s not one giddy schuss from top to bottom.

The Verdict: a climb in three parts. First the small road that’s steep and irregular, then a middle part which rolls by faster but is still a slog, then the final part after Les Menuires is a steady climb to Val Thorens with the challenge of altitude too. This isn’t the most charming climb and gets a mention here because it’s a crucial climb of the Tour de France rather than a famous or a must-ride ascent but if you’re in the area for cols like the Cormet de Roselend then it’s a good test before taking on the Iseran which is 48km.

History: the Tour de France has only visited once before and in 1994 Colombian climber Nelson “Cacaíto” Rodríguez won ahead of Piotr Ugrumov as the pair held off a young Marco Pantani.

Travel and Access: Moûtiers is a mid-size town at the foot of the climb but nearby Albertville offers more riding opportunities as you can head off in different directions. There are good road and rail links and the nearest airports are Lyon and Geneva.