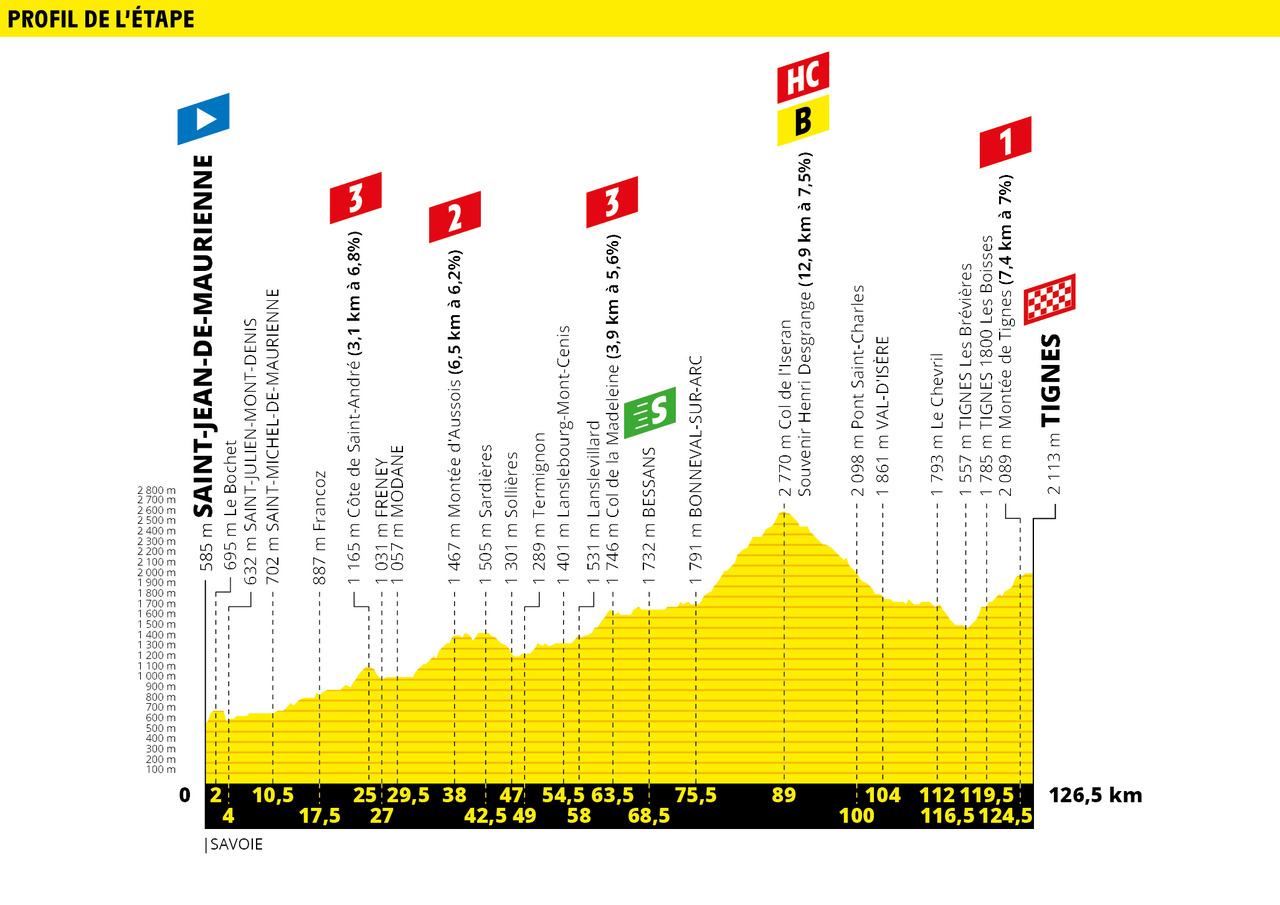 A big day in the mountains and if some want to crack Julian Alaphilippe, better to try today rather than leave it to the last minute? 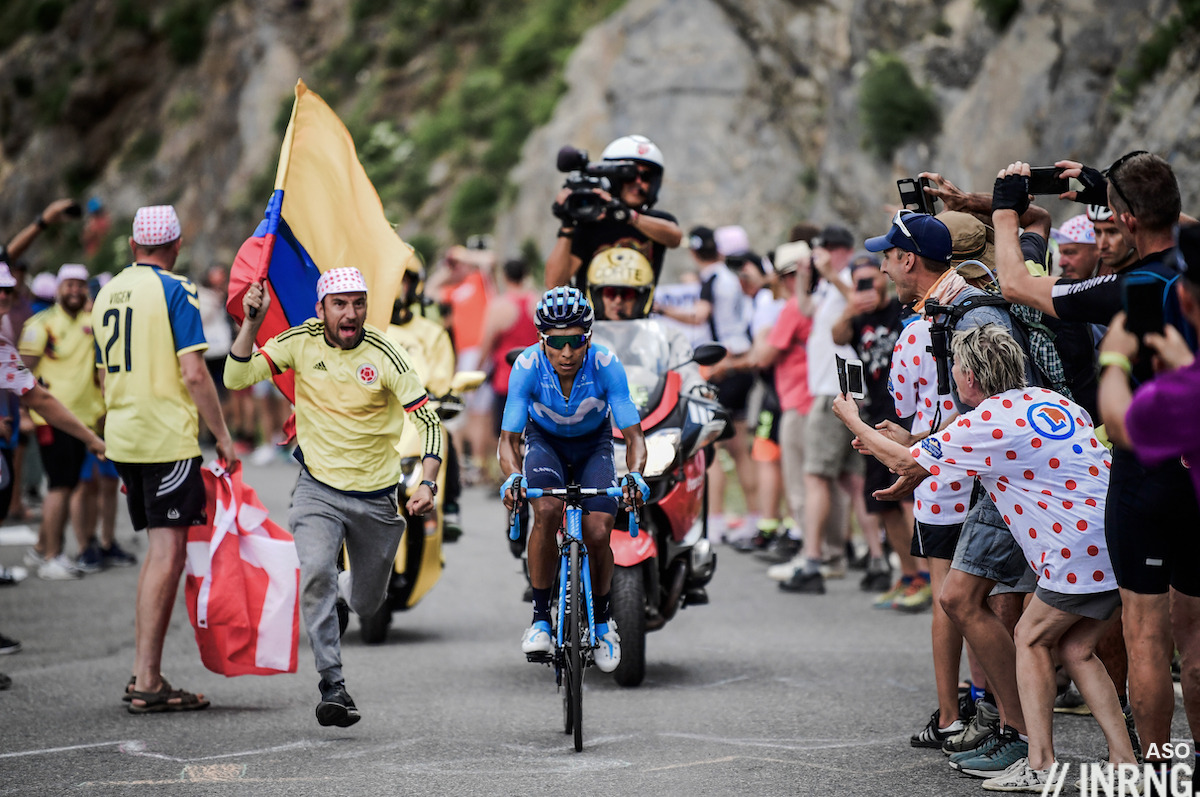 Stage 18 Review: a maxi-breakaway of 34 riders including Nairo Quintana again. At first he looked like an expensive decoy who obliged Deceuninck-Quickstep to chase, then Movistar took up the reins and Marc Soler rode like a hot scimitar through butter to halve the advantage of the breakaway. It looked like they wanted to set up a move from Mikel Landa but this never came. Still the group shrank. Alexey Lutsenko made several attacks on the Col du Lautaret but this was still a climb where riders could just about hide on the wheels, some got found out like Adam Yates but others sat tight like Romain Bardet, helped by his team mate Mikaël Cherel. Onto the Galibier’s steeper slopes and Nairo Quintana put in a strong attack and never looked back to solo for a fine stage win.

Romain Bardet dragged Alexey Lutsenko up the Galibier but cracked him just before the pass to take the points and second place on the stage. He’s now in the polka dot jersey and there’s now a contest for the jersey. It’d be ironic if Bardet wins the jersey and finishes the Tour as the only Frenchman on the podium in Paris. 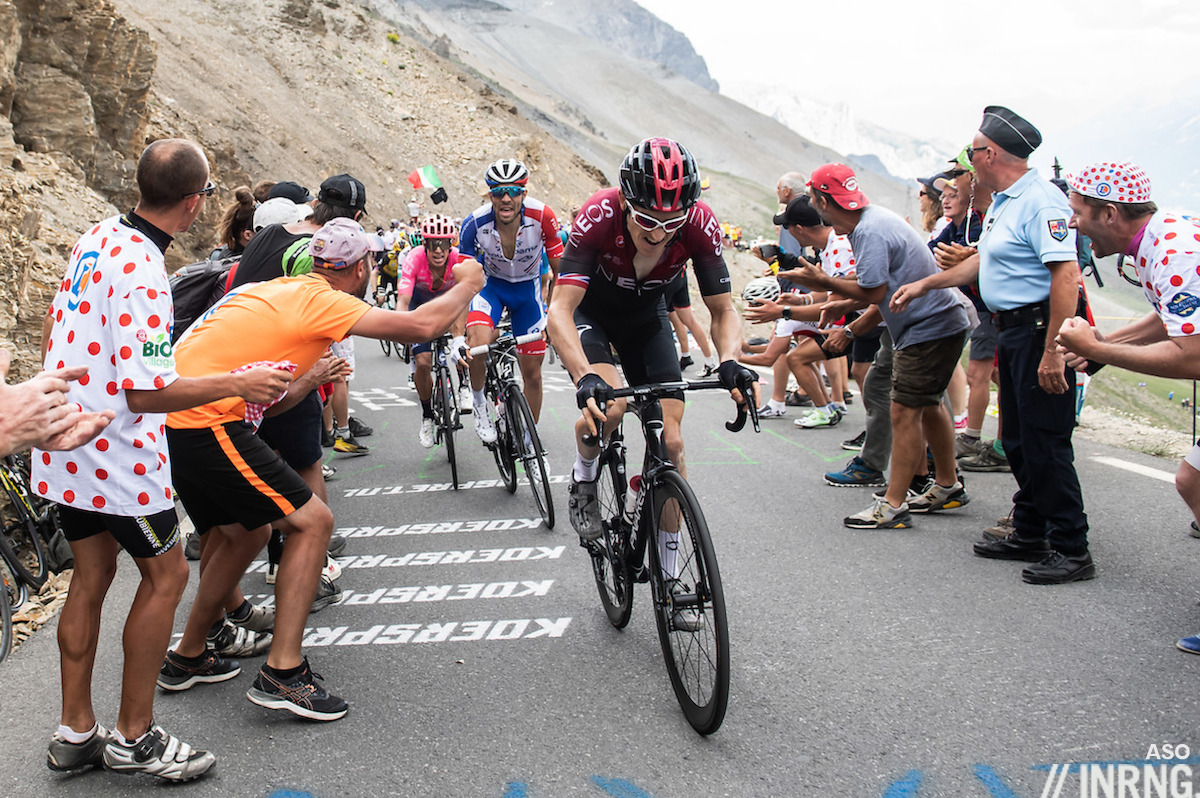 The GC contenders looked like they were huddling on the Galibier but the group had been reduced to only the big names. Egan Bernal was the first to attack and quickly took out 30 seconds, an advantage he’d keep the finish. Geraint Thomas was the next to jump, a curious move given his team mate was up ahead and it had the effect of drawing the others with him, except for Julian Alaphilppe who was distanced but only by few seconds over the pass. Thanks to a brave descent he got back to the group and then started to dictate their pace downhill. Alaphilippe had a wobble but started the day 1m35s ahead on GC and finished it 1m30s ahead which he’d have signed for but Egan Bernal comes out as the day’s winner, leapfrogging the other GC contenders and if he can take 30 seconds in a late attack, he could take much more today and tomorrow. If Alaphilippe can be dropped on the Galibier then his rivals will keep on pushing him and today’s just the day.

The Route: just 126km but so much of the stage is spent above 2,000m. It’s uphill in the Maurienne valley, one of the rare places where the valley isn’t named after the river (the Arc). It’s uphill it’s along the main valley road before flicking off the side like a snowboarder in a half pipe to tackle the climb to Saint-André. Then comes the road to Aussois, another side road and a harder climb and if the breakaway hasn’t formed by now this should help. There’s a proper descent after the climb and then the Col de la Madeleine, not the famous one, but a still a steady ascent of 6% to gain 200m. 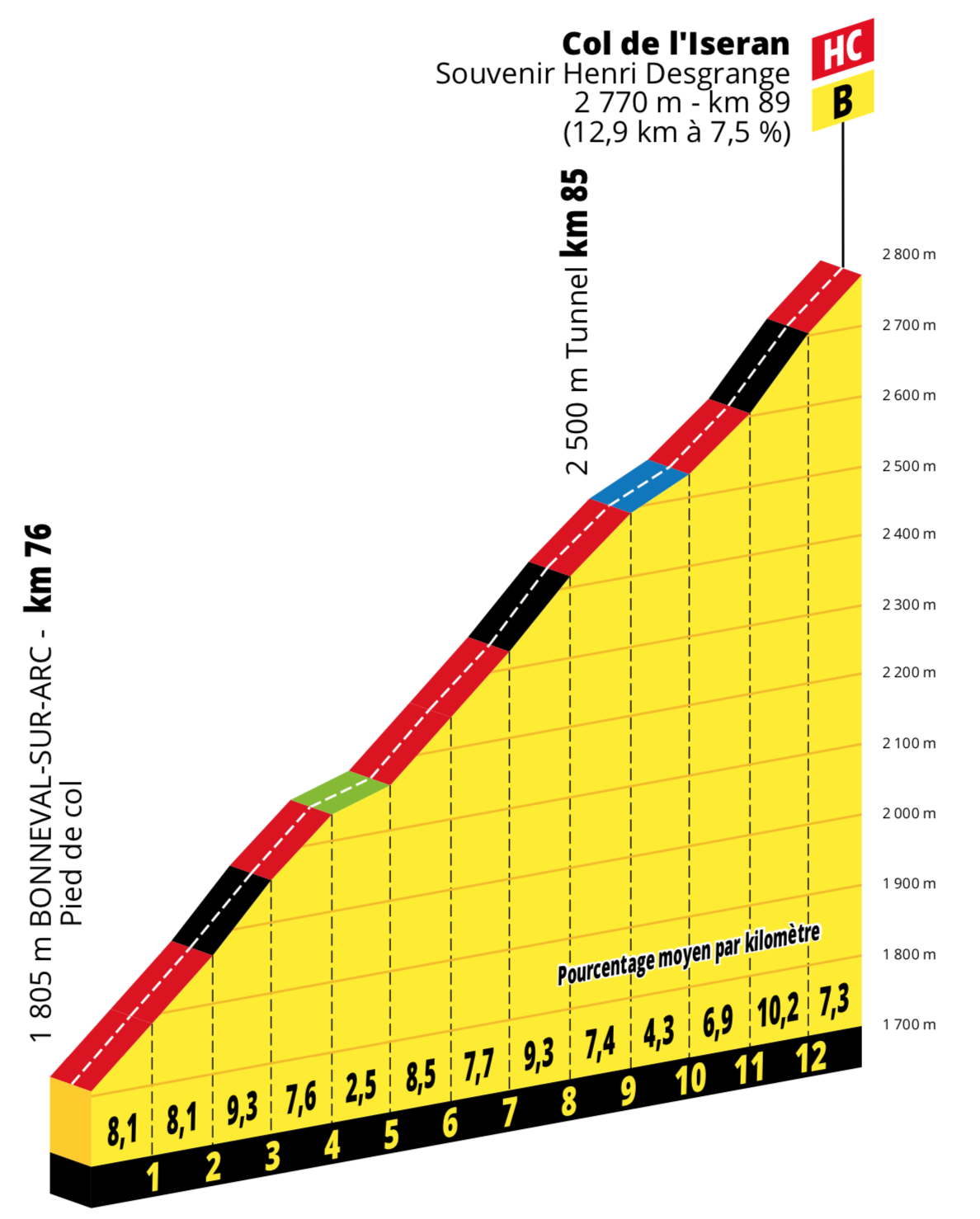 Bonneval-sur-Arc marks the start proper of the Iseran, Europe’s highest paved pass. This side though is only 13km long (48km on the other side) because there’s so much climbing just to reach the start at 1,800m and then you stack a kilometre on top. It’s a spectacular, wild road that away from the Tour de France and its crowds feels like something in the Himalayas. There’s the 8-5-2 time bonus at the top and beaucoup points for the mountains jersey. Then comes a fast descent through Val d’Isère and with a series of paravalanches and galleries, the French term for the half-open tunnels which protect the road from avalanches. 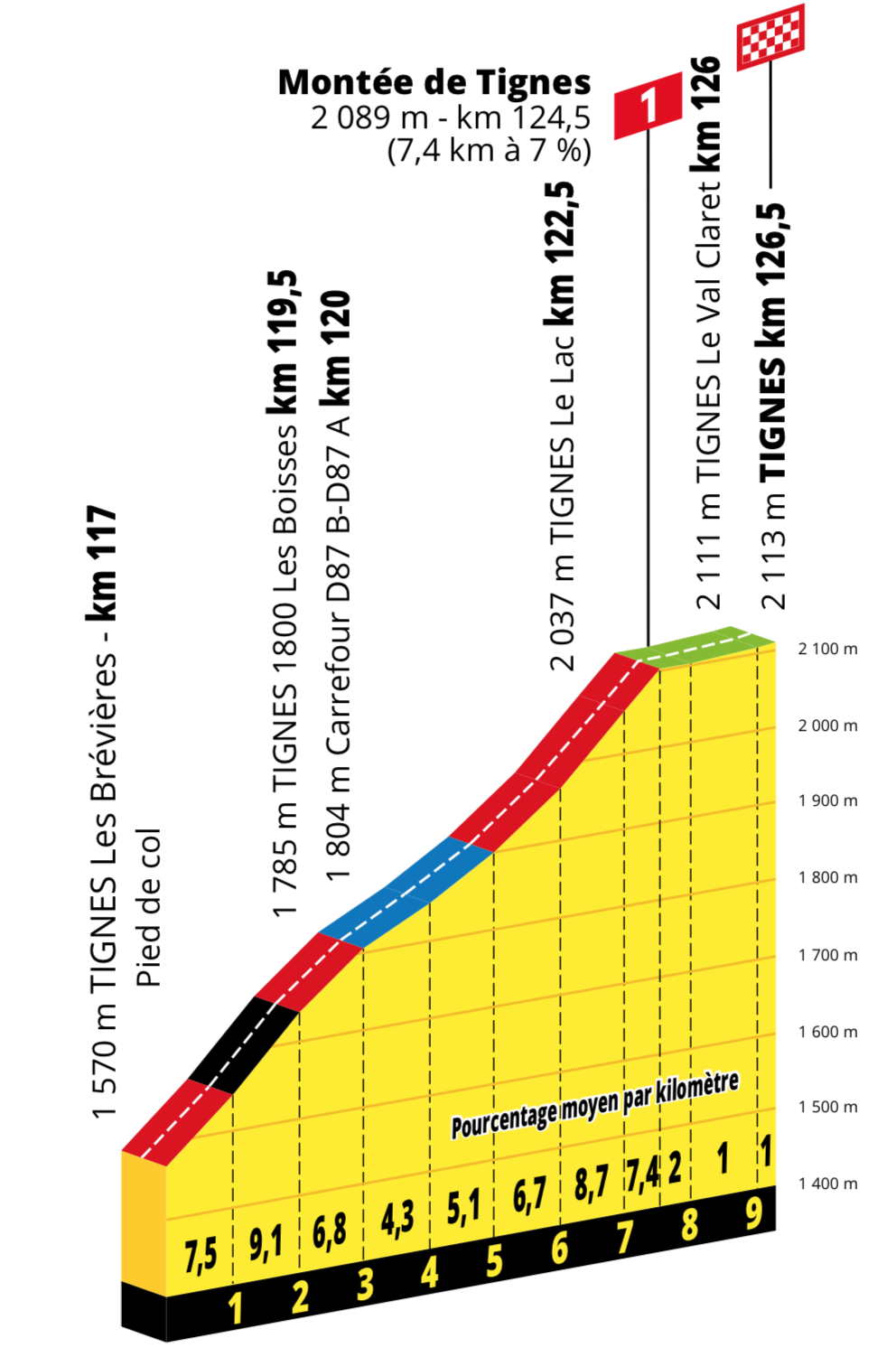 The Finish: after a flat section past the lake the final climb to Tignes begins. By itself it wouldn’t be a hard climb but at altitude it feels more sluggish and the 7% average is flattered by softer sections, there are some long ramps that will be selective. The route goes through Tignes to finish on a flat road. 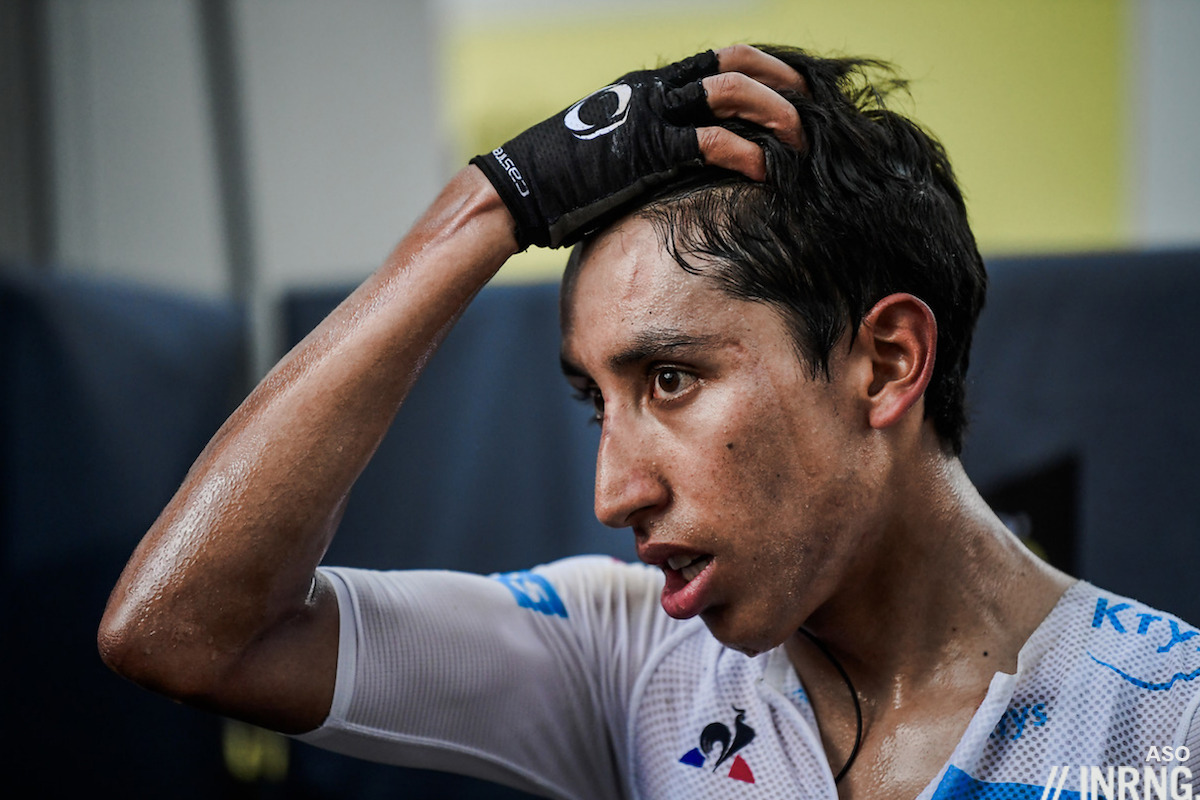 The Contenders: if the GC contenders want to dislodge Julian Alaphilippe, today’s the day because if they can’t quite make it there’s still tomorrow to make any final adjustments. So if we get the big names in a straight contest then Egan Bernal (Team Ineos) is the obvious pick, he was the strongest on the Galibier yesterday and can go again. If there’s a group then Geraint Thomas has a shot at the stage win too because the finish is flat… so does Julian Alaphilippe (Deceuninck-Quickstep) if the others ferry him to the finish but they should put him under pressure today and if dropped there’s no descent to exploit.

Thibaut Pinot (Groupama-FDJ) was strong yesterday but not sizzling but it was he who closed down Thomas. Still he knows the climb to Tignes well – his family have an apartment there – and we’ll see if the cooler temperatures today are to his liking. His team mate David Gaudu knows the road too, he won a stage of the Tour de l’Avenir here in 2016 on his way to winning the race overall two days later.

Yellow story: look closely and you can see the initials “HD” on the yellow jersey , a tribute to Henri Desgranges, founder of the Tour de France and inventor of the yellow jersey. It’s not obvious seeing the swirling characters but they were first on the jersey in 1949 when Desgranges’ successor want to pay tribute but vanished in the mid-80s only to come back in 2003 in the Tour’s centenary edition. Desgranges lives on in other ways, for example the highest point in the race each year sees a special prize awarded. This year the Henri Desgrange prize is awarded at the top of the Col d’Iseran today and is worth €5,000.

Weather: sunshine and clouds, 22°C on the way to the Iseran and 17°C at the finish with a strong chance of downpours and thunderstorms.