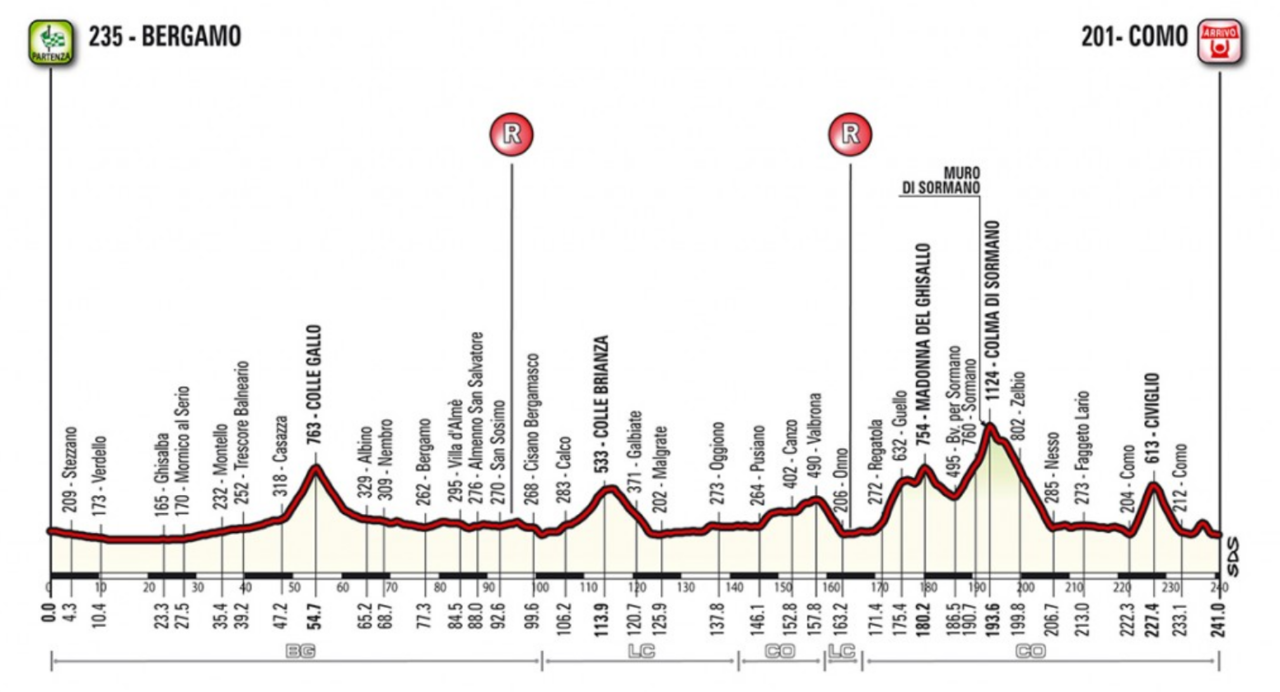 Winter is coming and Lombardia is the last great race of the year. Nevermind the season fatigue you’ve accumulated, time for a last show of stamina as this is often a rewarding and dramatic race to enjoy before the off-season arrives.

The Route: Unlike the other Monuments Lombardia often changes its route substantially but this year’s route is a lot like last year’s, only with a different finish. It’s 241km from Bergamo to Como with 4,000m of vertical gain backloaded into the final two hours. The Colle Gallo is a good steady climb of 6km at 6.9%, maxxing at 10% and followed by a wide descent with some tight bends yet few surprises before the race takes the Serio valley back to Bergamo and the feedzone. The climb to Colle Brianza is 4km at 7% which sounds fine only near the top it’s 20%. A descent and then the scenic loop alongside the shores of Lake Como to Bellagio and the start of the heartachingly beautifulMadonna del Ghisallo climb.

The climb, thanks to this race and the sanctuary at the top, is among the most well-known roads in the sport, a marriage of sport and religion. It starts hard with 10% gradients and tight hairpin bends. The first four kilometres continue at 9% with some steeper ramps before the road levels out from Palaino to Civenna before the final ramps and hairpins to the Ghisallo chapel. It is really two climbs, a steep early section followed by flat and even downhill sections as the route goes through the village of Guello before the final kick via snaking bends to the chapel… and then there’s a pesky false flat that drags on and then a high speed descent with blind bends and some off camber corners.

Next comes the Muro di Sormano, a climb so steep that it’s hard to attack with 2km at 15% and 25% for a while. It’s an infamous climb, described by 1958 Giro winner Ercole Baldini as unnecessary and “beastly, impossible to ride” but today’s gearing makes it more accessible. If anything the climb is the manageable part as you’ve either got what it takes or not and the descent is harder because it’s wild in places.

Next is the climb to Civiglio, a regular 10% ramp all the way up for 4km making it very difficult after 220km. The difference this year is the climb of San Fermo is avoided, the road is off limits due to works and instead there’s the small climb of Monte Olimpino which sounds more grand than the reality. 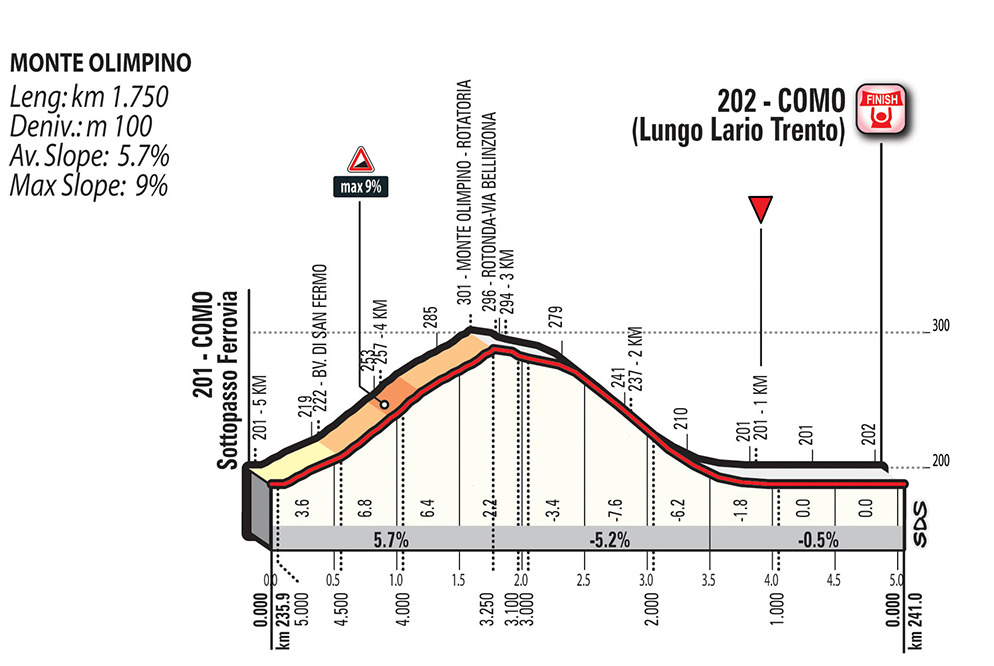 The Finish: the climb of Monte Olimpino is small, just 1.75km at 5.7% and that 9% section is only there if you take the inside line on one of the gentle climbs but still the climb is above 6% for the most part and so selective, especially with almost 240km in the legs. The descent has some corners but they’re big and wide before it flattens off and there’s a left-hand bend with 800m to go.

The Contenders: Vincenzo Nibali (Bahrain-Merida) started the classics with a win in Sanremo and could end the year with a win here. He’s got then experience and the skills, and the local knowledge as he lives a short ride away over the border in Switzerland. The question has been over his form but with the Vuelta and Worlds in his legs he should be coming to the boil now. 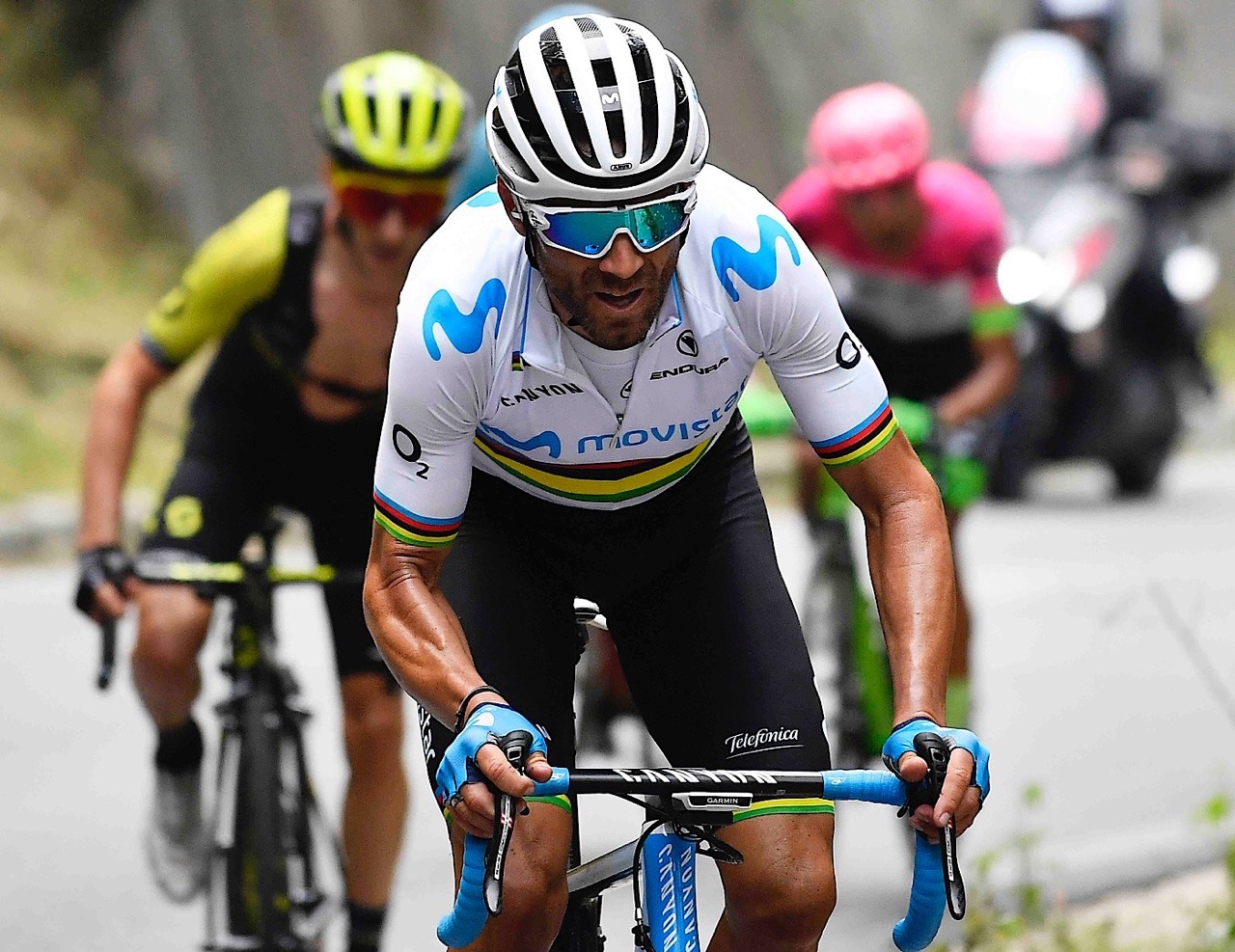 Alejandro Valverde got worked over on the slopes of the Superga on Wednesday. This finish suits him much more, he can let others attack and instead track the moves and then win the sprint out of a group, just as he did in Innsbruck, just as he has done in Liège and so on. 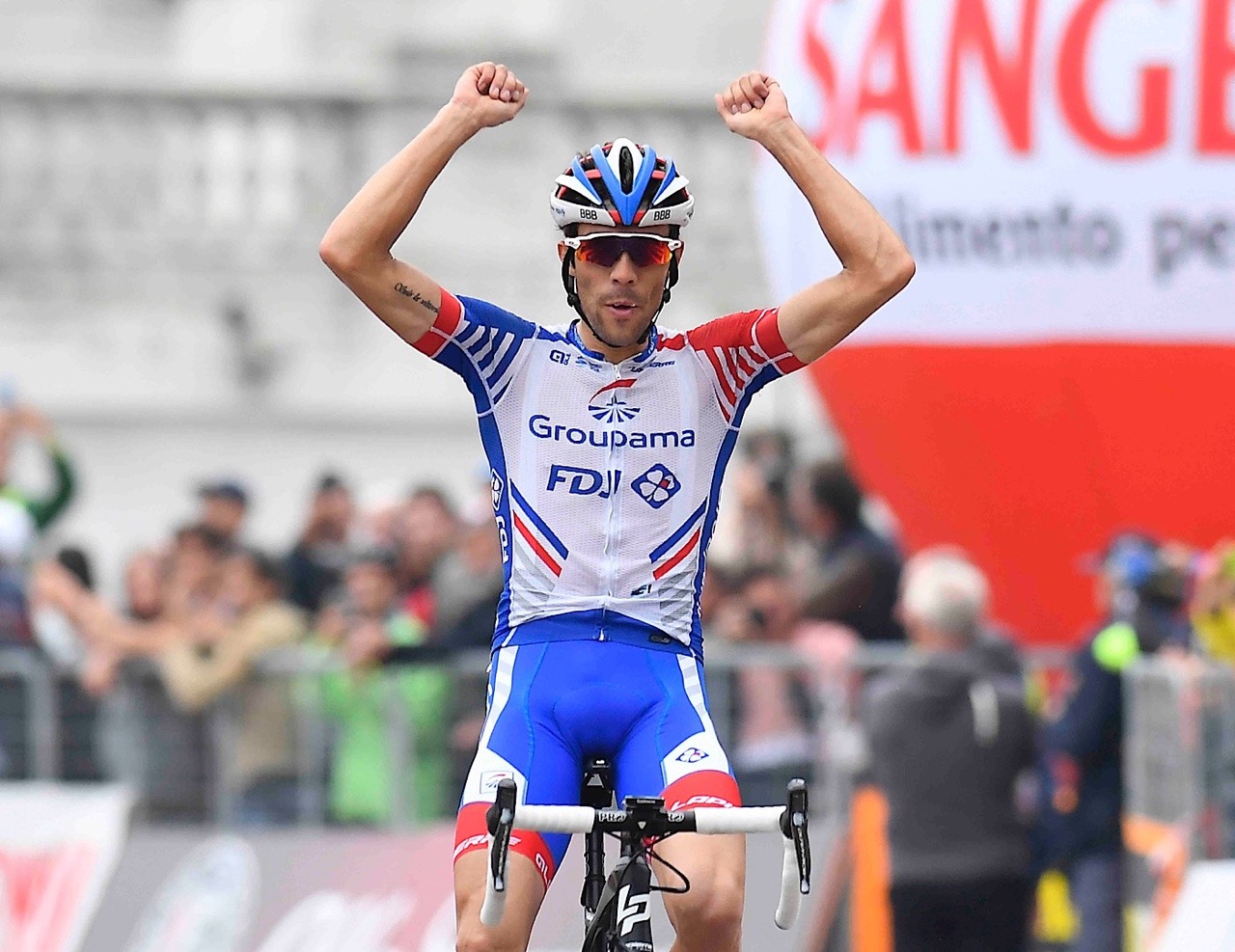 Thibaut Pinot won Milano-Torino and has a strong Groupama-FDJ team to help with youth and experience in David Gaudu and Sébastien Reichenbach. He can sprint out of a small group but the Olimpino climb is less advantageous for him.

Romain Bardet (Ag2r La Mondiale) is in form and is suited to this race but like others the finish isn’t as selective as last year so how to shake off a faster finisher?

Team Sky seems to be pivoting to South America with Egan Bernal and Ivan Sosa but for now surely their best bet is Gianni Moscon. The course is a challenge but so was Innsbruck and he was close the and this time the way the course’s hardest moments aren’t saved for late suit him.

Astana bring a strong team but who to pick? Jacob Fuglsang is an infrequent winner.

Bauke Mollema has just started winning and Trek-Segafredo would be delighted with the win but how to outdo everyone else?

The Yates brothers return after a Worlds where the only time they were noticed was when they were ejected. Now back in Mitchelton-Scott jerseys both could feature.

EF Education First-Drapac bring the old and the new with Michael Woods and Rigoberto Urán, Woods is in form but lésant of a pick from a sprint compared to his wily Colombia colleague.

Weather: autumn can wait, it’ll be a pleasant 24 degrees and sunny.

TV: it’s on the same channel you watch the Giro on. The finish is forecast for 5.00pm