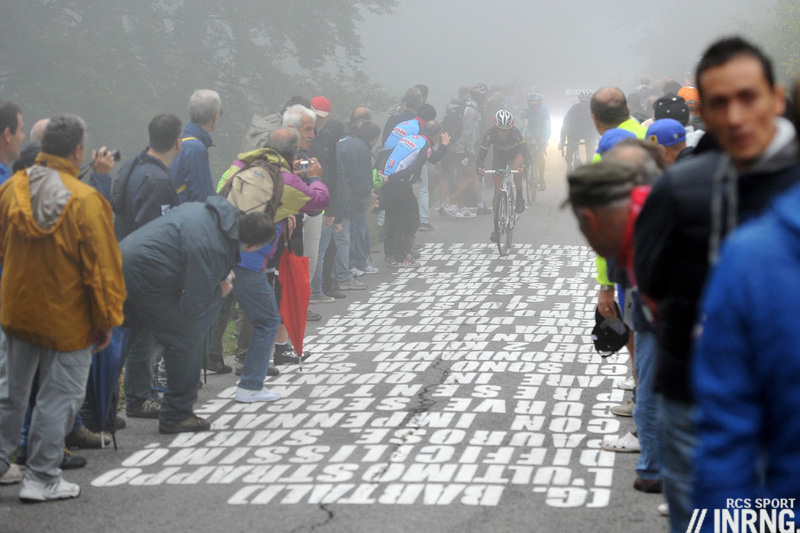 Once a wall that was so steep it was dropped from the Tour of Lombardy. Now it’s back and part-road, part-architectural installation and billed as the world’s toughest cycle path.

The Route: it is located just north of Sormano and the SP44 in the province of Como. It is 1.9km long and averages 15% with sections at close to 25%. The Feel: the start is inviting because you’ve already climbed several kilometres of 6-7% gradients just to reach the village of Sormano and the climbing continues out of the village. As you approach the turning for the muro you see the gradient levelling out if you take the muro option. There’s a flat road, a fountain, a quiet picnic area, all so calm and inviting. It’s a trap though and the road rises up at 14%.

The road has paint markings and this is the theme of the climb. Rather than just being a road this is meant to be part history museum, part art installation. You start and it’s 830, 831, 832. What? It’s the height above sea level and the problem is these markings come one right after the other given the slope. These markings also display tree leaves and you pass over them slowly enough to note the different shapes and in fact the botanical name of the various woodland species is cited. It’s clever as it makes the woodland a feature rather than just something providing shade, perhaps blocking the views, or at this time of year the falling leaves. The surface is even, it was all relaid a decade ago and hasn’t had traffic so it’s regular but the lack of passing vehicles mean the road is more to debris staying on the road and there’s a moss in places too.

Climb beyond 1,000m above sea level and there are rings of concentric circles painted in the road. The idea is to invite you stop and look at the view and the paint annotates various villages in the distance. In time come other notes such as the climbing times from the past allowing you to compare your eventual time to 1962, and then quotes which you can read because the lettering is bottom-to-top. Given the speed you’ll have time to translate too especially as the 25% section is real and not one of those inside-of-a-hairpin inflated stats but a straight ramp up. Get to the top and you rejoin the main road at the Colma di Sormano, the top of the hill with a small memorial to Vincenzo Torriani of La Gazzetta Dello Sport, the man who ran the Giro d’Italia from 1949 to 1989 and other races including the Giro di Lombardia and added this climb to the route. Among his other innovations and contributions were time bonuses and team time trial stages. You can toast him – or curse him – from the bar at the top which offers drinks and food as well as great views.

The Verdict: a clever project to take a quiet side road with a little sporting history and turn it into a contemporary project and a tourist attraction. It’s not a must-ride climb for the views or challenge but it is a hard climb and the 2km “wall” comes on top of 5km at 7% just to get there. It’s worth tackling if you’ve found the nearby Ghisallo too easy.

You’ll visit the first time to see what the fuss is about but can return again and again for the challenge of the climb and this is a busy road on weekend mornings with many locals taking this steep short cut. The worlds toughest cycle path? Cynical residents of New York, London, Sydney and so on might have their takes but it is tough route that is reserved for cyclists although so is the Colle delle Finestre most of the top.

Installation: if the road has existed for ages, the art or architectural aspect is a decade ago and the work of Milanese architect Chiara Toscani and you can read the full story in Italian over at divisare.com. It makes you wonder why more cycle paths are not themed and why the landscape is not decorated or curated. Sanremo does have its tunnels but still an exception. Alpe d’Huez has its numbered hairpins but the signs are discreet, climb and you might notice some but you’re bound to miss most. It’s not that every cycle path needs to venerate pro cycling, more that some venues attract hundreds of thousands of cycle tourists precisely because of their sporting history and this kind of artwork and decoration could be deftly exploited in more places, imagine climbing Mont Ventoux with regular glass cabinets housing cycle memorabilia or footprints painted on the road where Chris Froome ran up? You could even have a toll on the cyclepath that is lined with mirrors allowing users to properly check their position and clothing rather than having to glance at the reflection in a shop window.

Name: muro means wall in Italian, the wall of Sormano. Cycling frequently uses the term “wall” to describe steep climbs across Europe and now beyond.

Ride more: this is a climb virtually around the corner from the Madonna del Ghisallo and can be easily combined, for example within a 50km loop starting from Bellagio that includes both the Sormano and Ghisallo as well as scenic sections high up on the piana with the views of the mountains or the portions alongside Lake Como. 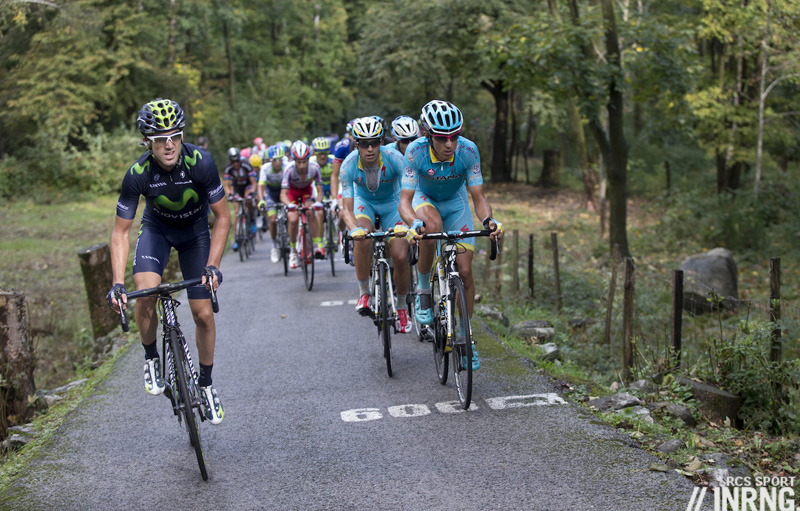 History: it was used in the Tour of Lombardy from 1960 to 1962 as a way to make the race harder and more selective. But it was too much:

Back in the 1960s it had riders walking up, they simply didn’t have enough gears nor low enough gears to tame the slope with explains why riders from this era would rock their shoulders so much on the climbs: because they were leg-pressing their way uphill. Today’s pros will use gearing of 34×28 or even lower and it’s been back for the Lombardia route since 2012 when the first rider to the top was a neo-pro called Romain Bardet. It’s not decisive but serves to sap the riders and anyone distanced here has a hard time getting back on. 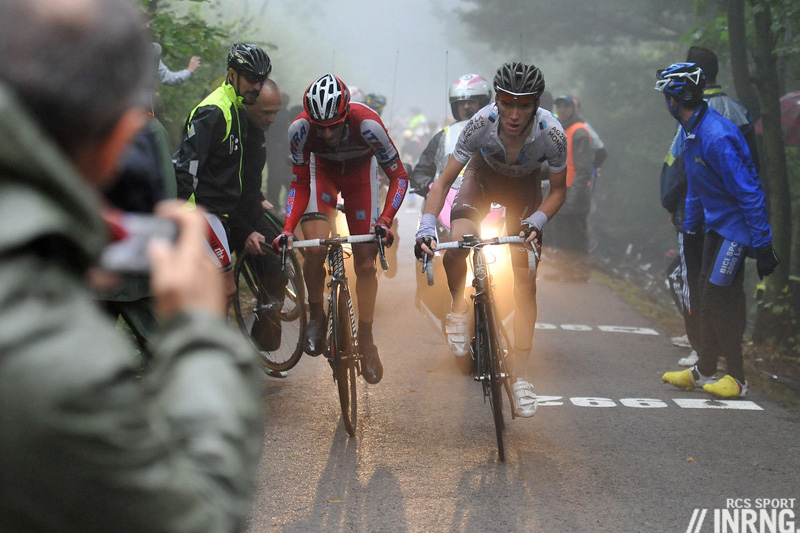 Travel and access: Milan has all the international travel links but it would be a long and crowded ride. Instead the Como region has plenty to offer at the foot of the Alps with towns like Lecco, Como and Varese offering plenty of good riding.