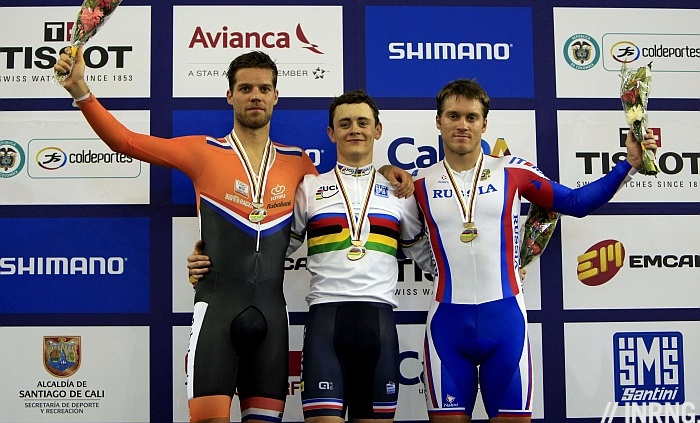 The track cycling world championships have finished and François Pervis is the hero of the games with an unprecedented triple sweep of the sprint, kilo and keirin races. All that plus the world record for the kilometre last December too. But loyal readers might remember the other French winner Thomas Boudat who won the omnium race and has been tipped on here before.

A second-year senior Boudat is a sprinter and reigning French university cycling champion, as well as seventh in the junior worlds in 2012. He’s been the Vélo d’Or for both U-16 and Junior riders in France along the way and is part of the Europcar feeder team, Vendée-U. Plenty can go wrong but it’s easy to imagine him contesting sprints with Caleb Ewan in a few year’s time and this win is another step to making that happen.

But…
But world champion in the omnium is great but the endurance events for the men have the feel of a development programme. There’s no doubting Boudat’s pedigree but he didn’t race against notable champions of the discipline like Lasse Hansen, Bryan Coquard, Roger Kluge or Elia Viviani. All these riders instead are finding it pays to ride on the road right now and it surely leaves the track races, even the worlds, as a diminished contest.

World Championships too expensive for France
Talking of absences, there’s no word yet on where the 2015 track cycling Worlds will take place. It suggests there’s no queue of venues but the good news is that riders don’t need to know far in advance, it’s not like the road event where it could be flat or hilly. This allows riders to plan… but also allows the host town time to raise enough money to pay the UCI. Recently the French federation ruled out bidding for the road world championships because it would cost too much. The UCI accounts show about ten million Swiss francs of income from the road worlds but around two million in costs. But the sum is a subjective question, if it’s too much for France there are others willing to pay although both the last event in Florence and the upcoming edition on Pontferrada have had moments when it was tricky to find the cash. 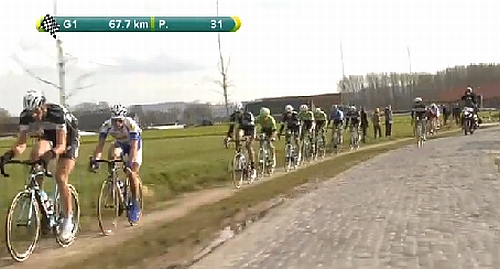 The debate over the UCI’s new rule about only racing on the road carries on. Het Nieuwsblad reports the UCI is set to clear this up. What form this takes remains to be seen, whether it’s briefing all commissaires or reviewing the rule’s validity. Note we’re also in the final year of the race radio moratorium. The UCI had tried to ban race radios but the teams pushed back the compromise was to allow their use in World Tour races but outlaw them in smaller events. But this was a temporary truce and the UCI is supposed to solve everything this year.

Blowback
Sometimes it’s hard to stay on the road. Katusha’s Pavel Kochetkov has left the Tour de Langkawi with a broken collarbone. His team say it was thanks to a helicopter that flew too close to the race and the rotors blasted air at Kochetkov, knocking him off his bike.

Helicopter flying in a race is always risky, the aircraft has to stay close to the race but move at a slow speed and it takes experience and skill to do it. This doesn’t excuse the pilot, rather this is an event that happens from time to time. See the clip above from last year’s Vuelta Burgos, skip to 44m20s. 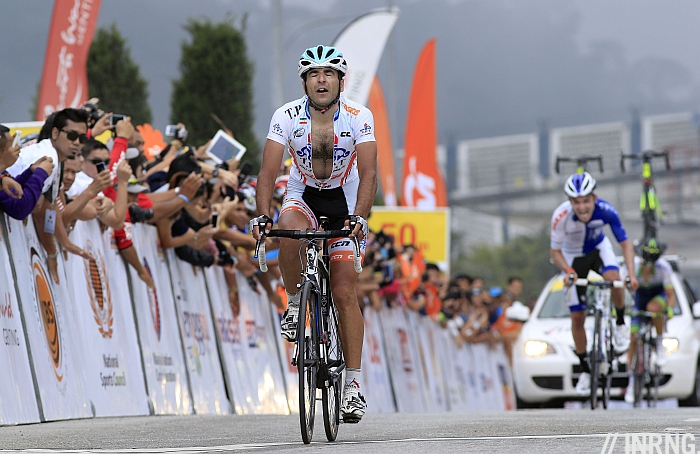 Finally from low-flying choppers to tall story whoppers. Mirsamad Pourseyedigolakhour is leading the Tour de Langkawi after winning the stage to the Genting Highlands. It’s a surprise result but he’s won the Tour of Qinghai Lake before. He attributes his strength to living at altitude. In an interview with Velonews he said he lives at altitude which gives him a natural benefit, stating his home of Tabriz is at 1,500m above sea level. But The Internet says Tabriz sits at 1,350m.

There’s no point quibbling over geography nor whether he lives on the top floor of a tower block for those extra gains either. Because there are few physiological benefits from living at this modest altitude, most studies point to gains after 2,000m and they say you need to be at 2,400m and beyond: almost double the altitude of Tabriz. Oddly Mirsamad says he couldn’t train at home because of bad weather and went to “Busher” instead. Is Bandar Būshehr a mountain camp? No, it’s a seaside resort.