News today that the UCI has decided not to re-allocated the results of the Tour de France from 1999-2005 is everywhere. Lance Armstrong vanishes from the results and the result from these years will be left blank.

But let’s look beyond this as there are more issues to consider. From with the decision on his Olympic medal, Bradley Wiggins climbs on the podium of the 2009 Tour de France… and I think it’s possible that the UCI could be taken to the Court of Arbitration for Sport by Ivan Basso or Andreas Klöden so that they can claim their rightful Tour de France win. In theory that is.

If there’s no winner of the Tour de France from 1999 to 2005 the UCI has confirmed that other results are being re-allocated. For example Bradley Wiggins was fourth in the 2009 Tour de France but since Armstrong has been disqualified after finishing third, Wiggins now climbs on to the podium.

Only he doesn’t. Over time people will update Wikipedia, publishers will print the results in books but Wiggins will never have stood on that podium in July 2009 and enjoyed the moment. 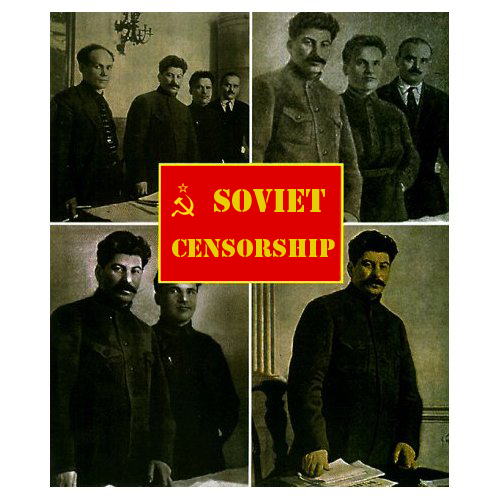 It’s all rather like a Stalinist purge where heroes of the Soviet revolution where celebrated one minute and then airbrushed from pictures just like the one above, courtesy of Wikipedia although fortunately this is just sport today. Still this extends far and wide, the commemorative signs on the hairpins of Alpe d’Huez are being reviewed by the local mayor.

Some things cannot be fixed though. The UCI has asked for the prize money back (apparently €2.9 million) but the chance of this happening is small. The UCI won’t even go to court after all. And Lance Armstrong will keep the porcelain trophies and even a Crédit Lyonnais lion.

Stripped of Bronze
Armstrong is disqualified from other events too. For example he loses his bronze medal from the time trial in the 2000 Sydney Olympics. Spaniard Abraham Olano – himself no stranger to Michele Ferrari – will not collect the bronze medal, apparently this result will be left blank according to the UCI.

Blank judgement
The decision not to allocate the Tour de France results to someone else is understandable but also questionable. It is understandable because we know that every single one of the podium finishers from 1999 to 2005 has been linked to doping investigations, busts or settlements with the exception of Fernando Escartin, who rode for the Kelme team which employed some questionable medical staff itself. In other words there is a high probability that the runner-up was doping too and giving them the win would be a farce.

But it’s not ideal either because if 1999-2005 are wiped from memory, 1998 and 2006 were hardly joyous times. 1998 saw the Festina scandal exposed and we know if this team and later the TVM team were caught but it’s safe to say others were doing similar things but not caught and 2006 saw Floyd Landis caught and more. In other words if Armstrong is purged from the past let’s not forget the other years saw similar practices at other teams. The difference? It seems we’ve finally been able to catch the winner and comprehensively expose what they did whilst many others just got away with it.

Call the CAS?
But the UCI’s decision is also questionable because the act of declaring the race results null isn’t within the UCI’s powers. It’s a retrospective judgement which is convenient and even satisfying. But it doesn’t seem to be in the rules. Normally a athlete is disqualified and the runner-up is awarded the win. This opens up the possibility that Ullrich, Basso, Klöden, Zülle and Beloki could take the UCI to the Court of Arbitration for Sport and demand they are awarded the Tour de France win. Now I said possibility, as in it is an academic exercise to say the UCI has acted out of the rules and therefore these riders have grounds to seek “justice” and be “rightly” awarded the win. I can’t see it happening. But it does highlight the odd situation.

Independent Commission
The UCI has also announced it wants “a fully independent external Commission to look into the various allegations made about UCI relating to the Armstrong affair” and its “remit “would be to find ways to ensure that persons caught for doping were no longer able to take part in the sport, including as part of an entourage”.

For now well have to see what this means and just how independent the commission will be. Plus what does the exclusion of dopers from team entourage mean? We already have a new rule on this. But how far will it go? Any further and Alexander Vinokourov could find himself out of a job at Astana before he’s even sat behind the wheel of a team car. And Jonathan Vaughters could be out too. ALl this remains to be seen.

UCI retreat over Kimmage?
The UCI’s also signalled it is suspending the legal action against Paul Kimmage and that Pat McQuaid and Henricus “Hein” Verbruggen have decided to follow too, albeit stating “while continuing strongly to maintain the merits of UCI’s case”. Still, they would say that. Any retreat on the case won’t be prefaced by an apology or an admission that the move was ill-advised. So we’ll see and certainly the commission should call Paul Kimmage for a chat. In the meantime the fund will “press on”.

Finally as the tweet above suggests, more went on the room than we’ll ever know. For now the UCI buys itself more time. It’s up to them to ensure an independent commission.

And beyond this the news in Italy with the Padova case is serious. I really hope the UCI doesn’t wait for the newspapers or judges to act but instead seeks formal statements from those named in depositions and newspapers prior to awarding Pro Team licences or even racing licences.

Summary
Lance Armstrong has left the building. In fact he never existed. Lance who?

In fact Armstrong is now the “disgraced former cyclist,” 1993 world champion who’s highest position in the Tour was 36th place. Yet it if Armstrong gets wiped from the sport like a surgeon washing their hands, let’s not forget the whole era was a mess. And whilst things are better today they are not perfect too.

If the UCI’s decision today is satisfying, certainly ASO have said they approve, it’s still controversial. And the story won’t stop. There are consequences every day, Team Sky are having a clear out and if you have not read it, Bradley McGee’s piece today is a powerful read. But we can paste in a range of names to his story, many were robbed.

The story goes on.