The UCI and Armstrong: History Rewritten or Repeated? 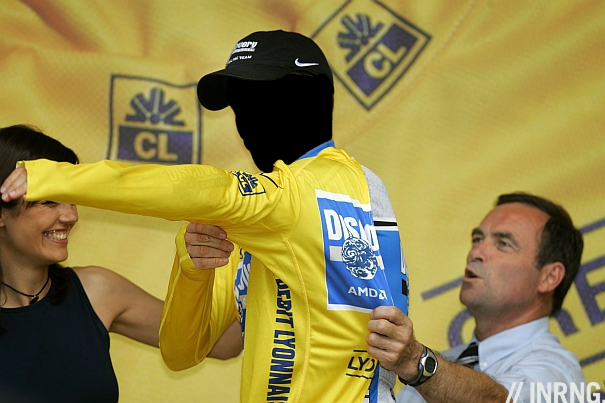 Today Lance Armstrong has been stripped of his seven wins in the Tour de France as the UCI announced it would accept the USADA decision in full.

The enormity of taking down Armstrong turns what was once the best story in sport into another shameful chapter of the doping encyclopaedia, although this much we knew from the USADA verdict.

But today also showed the UCI seems reluctant to change after a disastrous press conference which revealed immobility and confusion, right at the time when the sport is desperate for leadership and reform.

Rewriting History
We can now say Lance Armstrong doped his way to the Tour de France and his record is stripped bare. No longer must people bite their tongues, edit their copy, nor fear writs nor moderation: Armstrong is a doper. We knew this, now we can say it without fear. Armstrong will now face questions over potential perjury, risks jail and faces a stack of legal and a multi-million claim from SCA Promotions is heading his way. He could have more suits than Brooks Brothers. 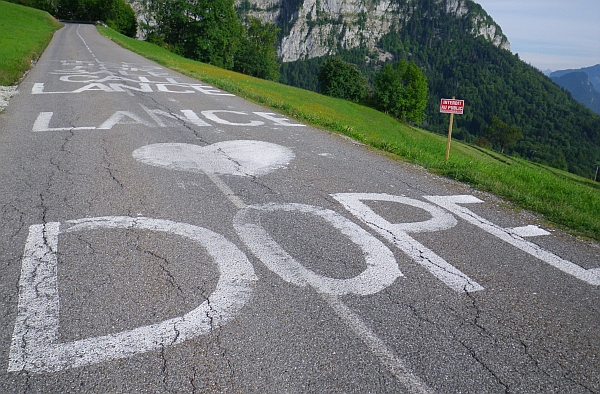 You can say it out aloud now

The UCI has called a meeting of its executive board, the Management Committee, to discuss what other issues it must address, for example his Olympic medal and wider ideas to “safeguard the future of cycling”. In all the UCI has accepted the USADA report in its entirety so the opinion expressed by the UCI merely validates the reasoned decision.

History Repeating
Normally removing seven Tour de France wins would be the story of the day. It probably is for many newspapers and TV channels. But having watched the live press conference the most profound impression was that the UCI admits a deep crisis yet seems unwilling to change, preferring to repeat similar claims it made after Festina or Puerto.

Things began well as President McQuaid adopted a sincere tone and tried to position himself with sickened fans and damaged sponsors as he spoke repeatedly of the future of cycling. He announced a special management committee meeting hearing to review matters. But things soon drifted back the comfort zone as the UCI began its defence. Traditional phrases like “more testing than other federations” and statements about how the UCI could only work with the system in place at the time slowly began to slide from justification to excuse. As McQuaid acknowledged the UCI doesn’t have policing powers, we know it cannot get a search order to search a team bus. And it’s true, the UCI didn’t have many tools to catch the cheats.

“The biggest crisis that cycling has ever faced”
President Pat McQuaid

The UCI acknowledged the gravity of the occasion as the quote above shows. McQuaid pulled out a quote from JFK to say that the Chinese word for crisis (wei-chi) is spelled with two characters, one meaning danger and the other opportunity.

Only based on today’s performance we got denial and immobility and the crisis is with the characters inside the UCI’s offices. With repeated questions there was no show of leadership. McQuaid personally tried to distance himself from the problem saying “I became president in September 2005” but didn’t mention he was serving on the UCI Management Committee as… boss of road cycling, namely President of the UCI Road Commission from 1998 to 2005.

One minute the UCI said of the tests “that was as much as we could do“, the next it asked us to place faith in its testing regime to catch the cheats tomorrow. When asked whether anti-doping should be separated from the UCI, McQuaid replied “I don’t see why we should” which appears to shut down the idea rather acknowledge the problems and suggests the UCI is closed to new ideas. Don’t expect radical change on the agenda for Friday’s management committee meeting then.

Which brings us to Lance Armstrong’s samples from the 2001 Tour de Suisse. He did not test positive. Let’s say it again, he did not test positive. As a document released by the UCI today shows he did not test positive. But it is believed he presented suspect samples. The Lab director has said Armstrong presented suspicious high scores in EPO tests. In other words not enough to convict but enough to ring alarm bells and set red lights flashing. But did the UCI even increase its testing? It states that during the 2001 Tour de France Armstrong was only checked five times for EPO. At the same time the UCI was taking donations from Lance Armstrong. McQuaid denied this was a resignation issue, in fact he went on to say he’d do it again, “the UCI would still accept money“. He justified this by saying the UCI was not as rich as FIFA which has “billions in the bank” which unfortuately implies that the poorer the sports federation, the more ethics can be ignored. This was the point when McQuaid was under the greatest pressure as the BBC’s David Bond pressed why a rider presenting suspicious values was suddenly donating to the UCI. McQuaid said Armstrong did not test positive but Bond fired back to say not positive but suspicious. McQuaid was visibly shaken and stirred by Bond.

The UCI was also asked about other investigations. It replied it was too early to start investigating Vinokourov and Kasheckin for their payments to Michele Ferrari but McQuaid later said the Bertagnolli deposition concerned “old riders” whose “career is finished“, presumably something active riders like Roman Kreuziger, L-L Sanchez and Fillipo Pozzato won’t be pleased to learn. Confusingly McQuaid said “the culture has to change” but didn’t seem in a rush to investigate Vinokourov who is set to run the Astana team in 2013, preferring to wait for developments in Italy. Despite ” the biggest crisis” the UCI is waiting for others to act here.

The idea that the UCI has done plenty is worth noting and celebrating because yes cycling has gone further than other sports. There’s the True Champion or Cheat programme. We have the no needle policy whilst tennis players use syringes to treat pre-match niggles. We have the bio-passport whilst other sports hardly dare test for EPO. But this is good but not a strong argument for the UCI. First riders hurry through the tick-box True Champion website, some even get their agent to complete it for them. Next the no-needles policy arrived courtesy of the teams, notably Garmin and the UCI adopted it but it came from the groun up, not from the top-down. And the bio-passport is great but it’s just not being used enough, for example take Carlos Barredo, the pro peloton’s señor of suspicion right now, who the UCI has announced it is going to prosecute with the bio-passport for dodgy data over the years. Given the curious numbers has the UCI been watching him closely? No, I am told he has been tested only once this year. Above all these tests are necessary but they’re not sufficient to fight doping. Yet when people try to blow the whistle they get attacked:

Pat McQuaid, president of cycling’s governing body, UCI, said he didn’t understand Andreu’s objectives in revealing he used EPO “If Andreu wishes to say that, that’s up to him to say that,” McQuaid said during a telephone interview. “I don’t know what he’s trying to achieve because he cannot achieve anything by saying this.” McQuaid said neither admission should cast doubt on Armstrong’s record or his 1999 Tour victory. “To take dope is an individual decision by an individual rider,” McQuaid said.

We need to hear about independent testing, greater funding for the biopassport, whistleblower hotlines and – whisper it – perhaps the UCI should be hiring private detectives to put the most suspicious riders under surveillance (as outlandish as this might seem large companies exist to provide these services). So yes the UCI can’t get police powers but it can do a lot, to say it has to rely on blood and urine samples alone is too narrow.

Conclusion
Lance Armstrong’s name gets removed from the books but in way we thought this was going to happen. He now gets the “disgraced former cyclist” prefix endured by others over the years as the UCI has confirmed it accepts USADA’s reasoned decision in full, a welcome change after it spent a long time trying to undermine the US agency.

History has been rewritten by the only victor is Travis Tygart and his dogged pursuit of the truth. The fear has to be that if things don’t change in pro cycling then the past will repeat itself. We’re told there’s a UCI meeting on Friday to “begin the process of examining the existing structures and introducing changes to safeguard the future of cycling” so maybe there’s hope of change.

Only when the President said “the culture has to change” he seems to have exempted the UCI from this. He appeared to shut down suggestions for reform within the UCI, whether refusing to consider obvious improvements like separating anti-doping from the UCI and even said the UCI is ready to bank donations from riders. Similarly the UCI will wait for news from Italy rather than investigate those outed paying huge sums of money to Michele Ferrari, openly showing the unwillingness to chase down big names.

The UCI says Armstrong “deserves to be forgotten” when in fact they should put a statue of him outside their front door so every day they can think about the mistakes made and the lesson to be learned. Karl Marx said “history repeats itself, first as tragedy, second as farce“. Cycling has had too many tragedies and too much farce already.

You can watch the press conference in full courtesy of fellow “nom de plume idiots” Cyclismas:

Next post: The Tour de France And The Road Ahead