The Invisible Forces in Pro Cycling 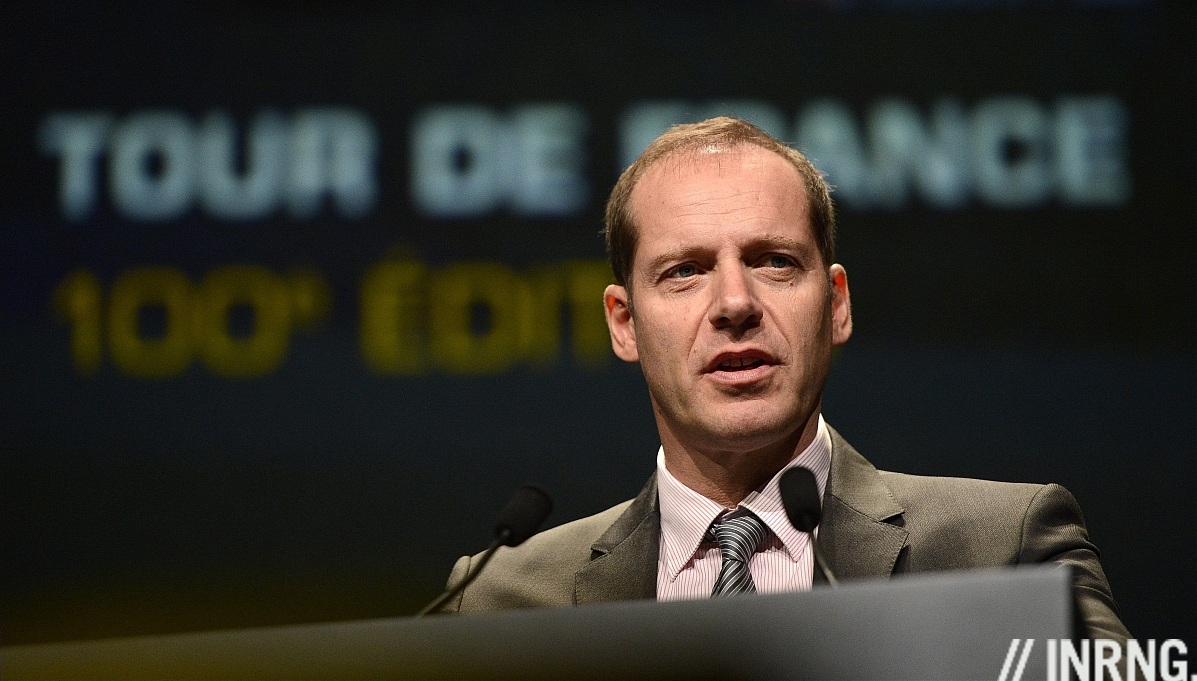 When Christian Prudhomme presented the 2013 Tour de France he started by singing the praise of the Mouvement Pour un Cyclisme Crédible (MPCC), a group of teams who have signed up to an ethical charter. It does sound good only nobody knows much about it.

The same goes for other groups in the sport. Did you know there is a union that works for pro cyclists? And that the main pro teams are represented by a group called the AIGCP?

Each of these three organisations represents something important in the sport but at the same time they’re discreet to the point of being invisible.

The Riders’ Union
Coureurs Professionnels Associés or Associated Pro Riders is the name of the riders union. It’s a formal thing headed by ex-pro, helicopter pilot and budding politician Gianni Bugno. The first union was started in 1898. Various organisations have come and gone, often being run on national lines so they never represented the pro peloton at the highest level. A riders’ strike in 1978 Tour de France galvanised the disparate unions to join together and form AICPRO but this faded. Come 1999 and many riders refused doping controls in the Giro formed the CPA was formed under the chair of Francesco Moser. It wasn’t a promising start to base a union on such defensive premises but in time the CPA has helped raise rider wages and promote a standard form of rider contract across the teams. It also demands improvements in safety, secures guaranteed time off work and ensures riders get a certificate stating how many day’s racing they did each year. So rather than being inward-looking as the 1999 start suggested it’s done some good.

But it’s still stealthy to the point of being near-invisible. I’ve found a website thanks to a reader and it’s got some information. I’m not in favour of megaphone diplomacy, firing off press releases can be a sign others won’t carry your message for you, that dialogue doesn’t exist. But even many riders don’t know much about the organisation and it’s rarely cited in the media. The good news here is that the new website shows it’s making a start.

Le Mouvement Pour un Cyclisme Crédible
Hopefully you can translate the name. This one has a website at http://mpcc.unblog.fr with some information but far from ideal. I tried to open their rulebook but it didn’t work. It would be more credible with a better website.

Thanks to Wikipedia we know that Ag2r-La Mondiale, Bretagne-Schuller, Cofidis, Team Europcar, FDJ-BigMat, Garmin-Sharp, Lotto-Belisol, IAM, Netapp, Saur-Sojasun and Argos-Shimano are members. I think Orica-Greenedge are joining too. I also think there are two levels of membership, full-members and observers who can join in without signing up in full.

It was started by French teams in 2007 and then joined by Gerolsteiner which was an odd choice the German team was later exposed for a significant lack of credibility. Today it offers higher standards and ethics than WADA or the UCI (via Velonews):

You might remember riders being rested in the summer by their team over cortisone stories, notably Europcar’s Anthony Charteau and FDJ’s Mickaël Delage. I don’t think we ever got the bottom of Charteau’s story and in fact other riders were told to rest too but this was not made public. I can report Delage was checked and found to be OK in the end.

The test is whether teams here sign up to the values when they’re in trouble. In the past we the Discovery Team break an agreement amongst all pro teams (nothing to do with the MPCC) not to hire returning dopers when they hired Ivan Basso although this quickly unravelled leaving the Discovery Team’s commitment to ethics plain to see. And similarly there was a UCI rule that said a team with three positive tests in a season had to stop but when Lampre scored a triple bust nobody noticed. But the MPCC has its heart in the right place even if it’s website and communications is in the wrong place.

Association Internationale des Groupes Cyclistes Professionels
Again hopefully no translation needed. The AICGP lobbies the UCI and others on behalf of the big teams. Its President is Jonathan Vaughters although he’s stepping down and the replacement has yet to be announced.

“Tell us more about the AIGCP”

In fact little else is known by contrast a medieval French wine society that includes Vaughters as a member has a website. It would be nice to read further details, such as who funds them and which teams are behind this grouping and above all, the past press statements. In the past several big teams have walked out on the group, it does not speak for all the teams. But there’s no website and I think I managed to get myself on the press release list after some networking but contact is rare to put it mildly.

Invisible Forces
There’s no obligation for these three groups to have a website nor join in a public debate, after all these are often loose associations. There are no plush offices in Switzerland, more a file on someone’s laptop or a stack of paper in someone’s house. But it does feel like they’re missing a chance to state what they do.

This doesn’t mean expensively designed-websites and fancy branding with designer logos. A few web pages would be a start. I know some in these groups want to see this happen but it’s not been a priority and sometimes those working behind the scenes to hold the group together and handling the admin are either too busy already or not of the internet generation.

Conclusion
Some of the most important groups in the sport are working behind the scenes. Hopefully now you know a bit more. But given the public debate over the sport in recent days, the lack of communication can leave a vacuum.

When a group of teams have an ethical charter this should be something to be proud of and clearly on display. Of course signing up is no guarantee, instead it’s the work involved to meet the rules that helps more than the signature. Explaining this can reassure the media, sponsors and fans alike, as well as Monsieur Prudhomme. The same is true for a union that signs deals on behalf of most of peloton yet some riders don’t know about it and its voice doesn’t get relayed in the media.

Some basic communications would be good, just as riders can speak up we need to see the teams also shout about the good things they do.

Next post: The UCI Purge Lance Armstrong From History