How Did The Riders To Watch Do? 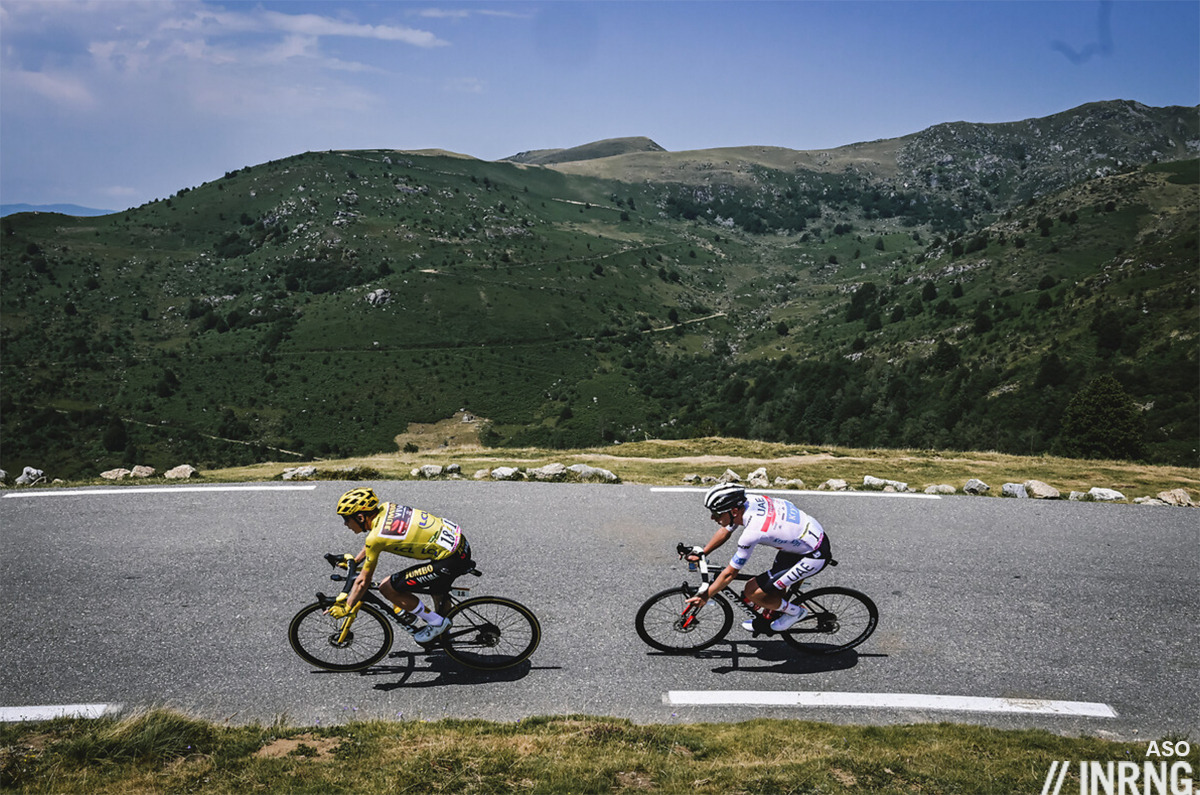 Having picked ten riders to follow in the season for different reasons, it’s time to review how they got on.

Tadej Pogačar was the first pick because he’s become so central the sport that teams have been basing their racing programs around him – Ineos sent their best GC rider to the Giro – even recruitment decisions. And yet he got beaten in the biggest race of the season which opens up the sport. Pointing out in January that Tadej Pogačar would not have things so easy if whole teams took him on wasn’t exactly the gift of prophecy, instead it was more something to anticipate, because until this year he’d had things his way. Things continued this way, Pogačar’s solo Strade Bianche raid made cycling look easy and he was all over the Dwars door Vlaanderen and came close to winning the Tour of Flanders only to stuff up the sprint and give us a rare glimpse of frustration after the finish. Come the Tour and he was so strong at the start but came undone in the Alps when Jumbo-Visma dismantled the UAE team but raced on. Pogačar recovered and won Lombardia after a demonstration of force from the UAE team. 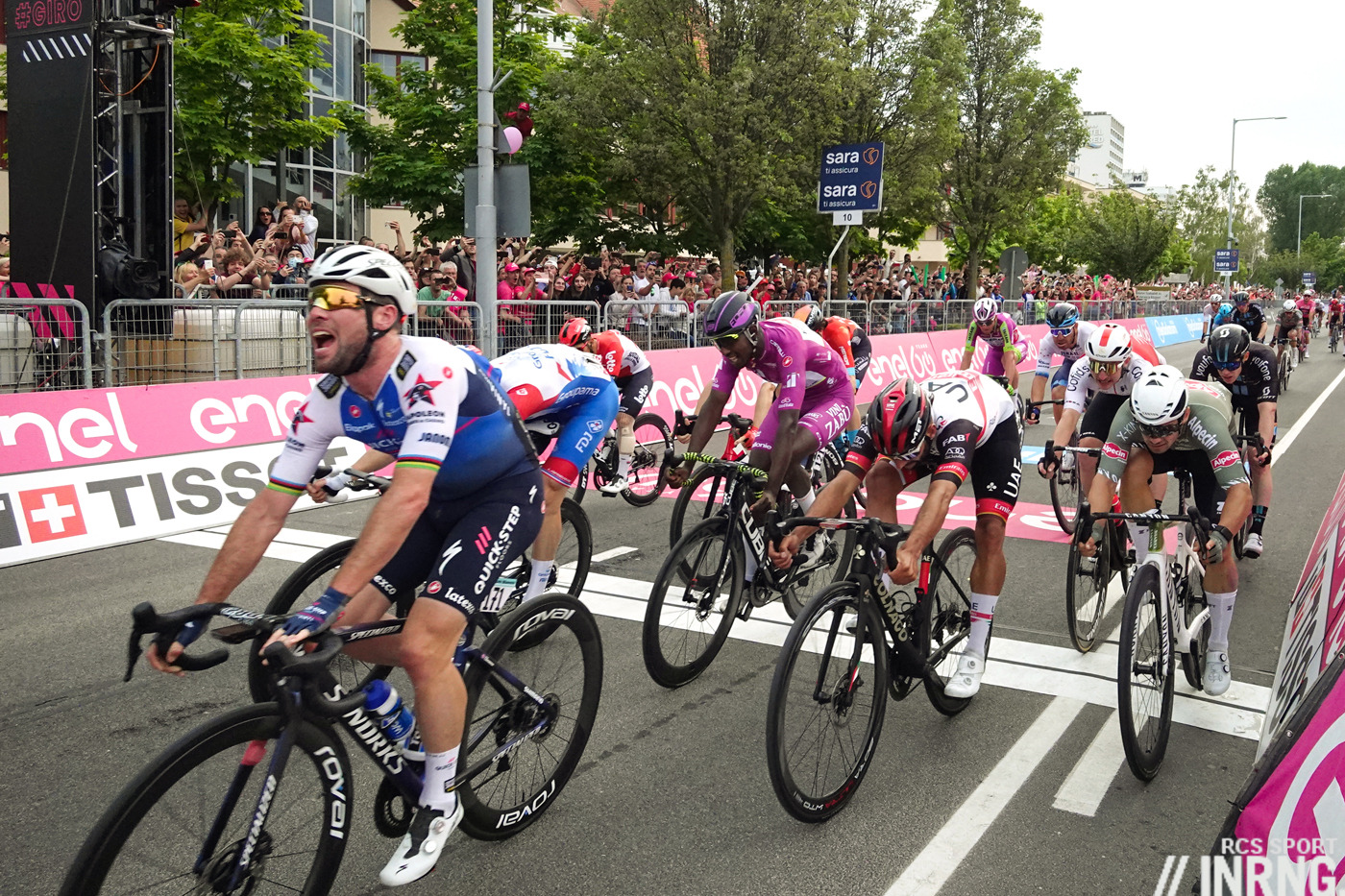 Another successful season for Mark Cavendish, ticking off wins in Oman and the UAE Tour, adding Milano-Torino to his palmarès. Then a stage in the Giro. The masterpiece though was the British championships where your blogger tuned into the coverage to see Cavendish in a breakaway and assumed the finish must be near, British races do seem to finish early after all. Only no, he was on the attack early, shaping the race all day until he got away with three others and they dangled in front of the chasers and he, of course, won the sprint although more like a last man standing contest than a speedfest. Everyone’s wondering what next, or rather where as he switches teams and his first option B&B/Paris is drying up. It’s interesting how much of Cavendish’s legacy is currently being tied to his quest to pip Merckx’s stage win tally but as ever time will round things out and the enormity of his sprinting career will stand out, Merckx record or not.

Once labelled “the new Bernal”, Ivan Sosa was a signing to boost Movistar, could he find winning ways and, in turn help the team become a force in the mountains again? Yes, but with some reservations. He took two stage races and played his part in keeping Movistar in the World Tour, although his 572 points weren’t decisive. It was in World Tour events that he found the going harder. He’s a useful rider for the team in the mountains and if not transformational for the team, essential all the less. 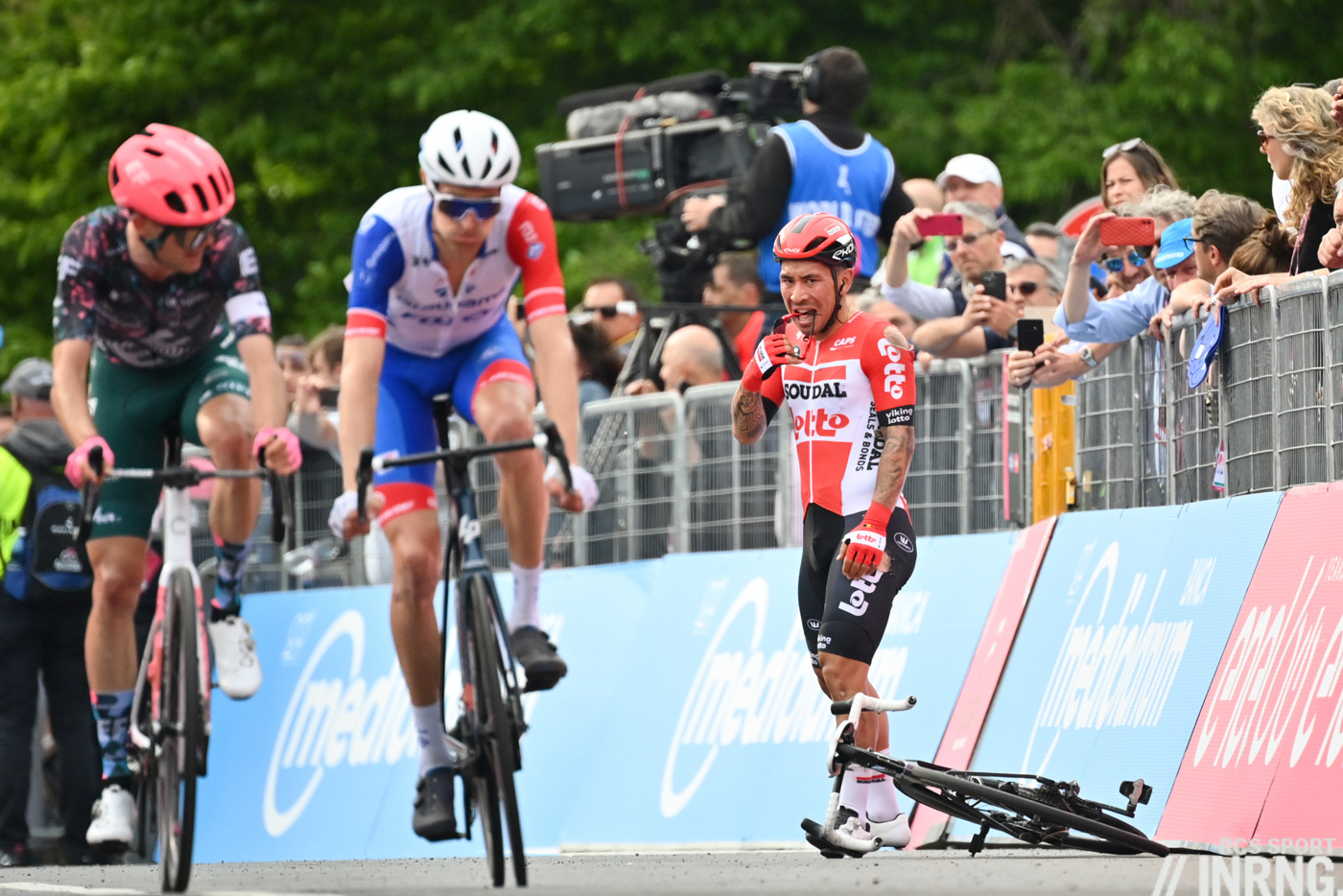 Going into 2022 Caleb Ewan looked like the best sprinter in the world, capable of winning dragstrip finishes and getting over climbs too; he might lose some contests to Fabio Jakobsen but he could take Milan-Sanremo when the Poggio is a hurdle for others. Alas Ewan’s star’s waned and his dry spell didn’t help Lotto-Soudal’s quest for points, he got seven wins but surely wanted double that. Some early season wins looked good but he got Covid in Tirreno-Adriatico and was out for Sanremo. His crash at the Giro was similar to his Tour crash the previous year, overlapping his wheel in the finish and taking a tumble. He never got on terms in the Giro and quit, the Tour’s few sprint stages didn’t smile either as he soldiered on during July before landing a late win at the end of the year.

Remco Evenepoel had a troubled 2021 with his Giro DNS but came good, albeit winning the Tour of Denmark and placing third in the Worlds TT: solid, not stellar. 2022 was the year the hype became reality, taking monuments, grand tours and the rainbow jersey… and also doing well with the media too, no easy task given he’s national property in Belgium. He won on his first outing but during this Vuelta Valenciana a gravel hiccup saw him lose overall race lead. From then on almost everything went his way. Taking Liège-Bastogne-Liège with a solo attack on La Redoute was a personal triumph in the race he longed to win, he San Sebastian solo, then of course the Worlds and Vuelta. He seems capable of winning everything although he had a summer lull, and the Alps of the Tour de Suisse seemed too much. Even then though you could see he’s worked on his weakpoints, he’s now a capable descender and arguably won the worlds with the way he took a small descent and a corner, carrying more speed than everyone else to get the gap. With the worst kept secret that he’ll target the Giro finally public it’ll be interesting to see if he can cope with the high Alps but his Vuelta win of course included the Sierra Nevada and a summit finish at 2,507m.

Mark Padun had a sensational ride in the Dauphiné last year, to the point where some doubted the performance. Even Bahrain didn’t renew his contract and he made a late signing with EF Education for this year. The story goes that he’s got a big engine but has been troubled by eating disorders, crash dieting to reach race weight only for this catabolism to have deleterious effects. Plus as a Ukranian with family that left Donetsk he’s had plenty to worry about but he still won the TT stage of February’s new Gran Camino race. 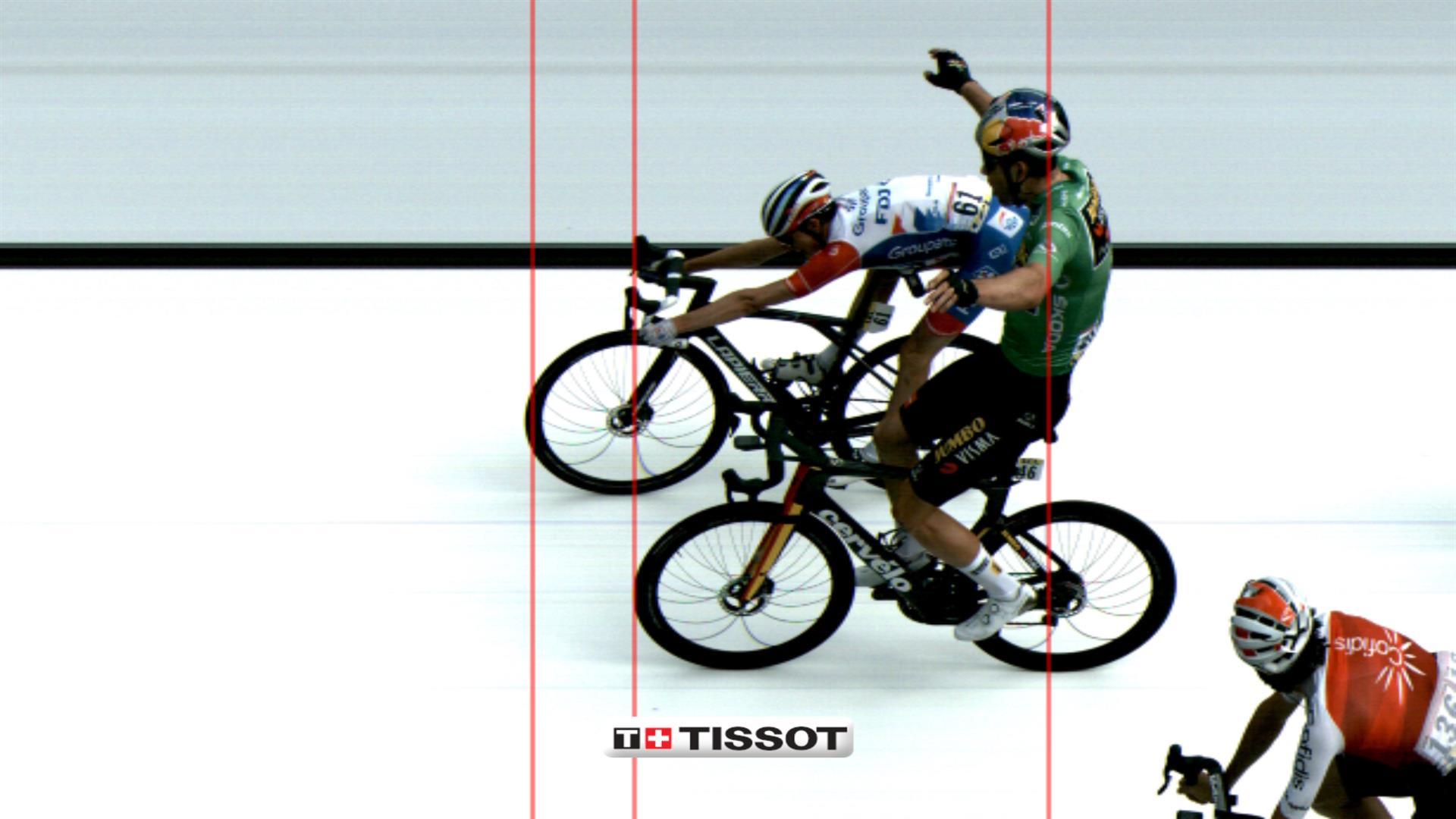 David Gaudu had the big, stated goal of a top-5 in the Tour de France. Not easy for someone who’s wilted in the heat before, and had an implosion this year during the Critérium du Dauphiné’s final stage this year. He’s had flashes of brilliance, the challenge has been grinding out results. But come the Tour he coped with the cobbles (he started his pro career at 53kg but has bulked up, relatively, to 60kg). Sure enough he delivered at the Tour with fourth place overall, a tenacious ride but at the same time never bothering the maillot jaune, a “Moto 2 performance” as viewers would see him being distanced and limiting his losses, but he did well to do this, at times he looked beaten but plugged away. He had two wins in the season, a crafty win atop the Alto de Foia in the Algarve, and that stage win in the Dauphiné where he pipped Wout van Aert by the Puy Sancy. In short he’s increasingly reliable.

Ethan Hayter had a great 2021, could he keep it up and parlay success in smaller races into wins in the World Tour in 2022? Yes. He got two stage wins in the Tour de Romandie, plus the Tour de Pologne overall, in an edition that didn’t venture far into the Tatry mountains for once. The Giro was on the cards but he did the Vuelta, only for Covid to make him a DNF and he finished 4th in the Worlds TT and 9th in the road race having just turned 24. He can do it all, except for the high mountains. Inevitably this means people will question if he can become a GC contender in the grand tours – and the sport’s salary incentives means he’s bound to ask too – but for now he gives Ineos a lot of options outside of the big stage races. 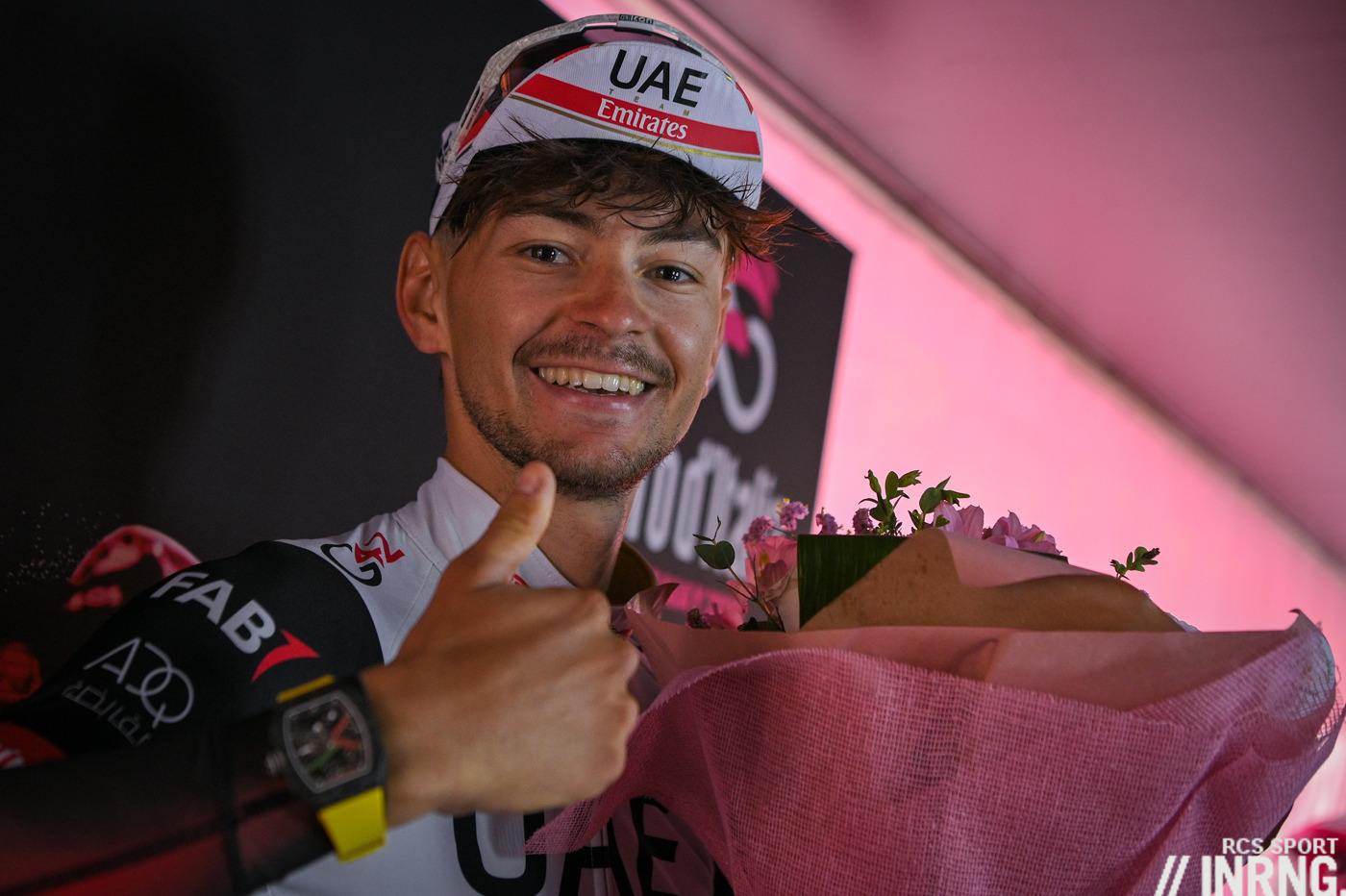 Alessandro Covi had a great start to the season with two wins in Spain and a podium in the UAE’s 1-2-3 in the Trofeo Laigueglia. The Puma of Taino then took his biggest win, can you remember it? It was Stage 20 in the Giro, the tappone that crossed the San Pellegrino and Pordoi passes before the Marmolada summit finish. That day the story was more about the battle between Jai Hindley, Richard Carapaz and Mikel Landa on the slopes of Malga Ciapela as Hindley finally cracked his rivals but Covi was ahead of it all having gone solo on the Pordoi and took the kind of stage win that suggests a lot more range than the “Ulissi 2.0” impression we might have got. In a crowded team stacked with talent Covi took his opportunities, helped this time by Almeida’s unfortunate Covid-exit from the Giro.

Who was Total Energies’s best signing for 2022? You could argue Sandy Dujardin, the neo-pro came from the squad’s Vendee-U team and after a stage win in the Tour of Rwanda took a stack of top-10 places. Of course all eyes were on Peter Sagan who got many top-10s too, including in stages of the Tour de France, at the Worlds, plus he won a Tour de Suisse stage. But measured against expectations his move to Total Energies wasn’t a roaring success, he was often in the results but a bike length or two short of victory. It’s said his arrival perked the team up and the riders rate their new bikes, certainly the team had their best season in years. Sagan’s two previous seasons at Bora-Hansgrohe were lean too, plus Covid got him in the spring too. He’ll be one among many to watch again in 2023.