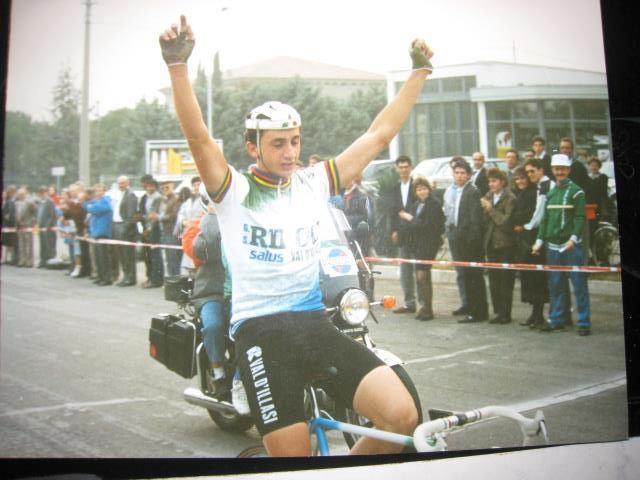 Davide Rebellin died on Wednesday, days after retiring as a professional cyclist at the age of 51. His career was so long it spanned the steel, aluminium and carbon ages of bikes, during which time he won over sixty races. He claimed he must have ridden a million kilometres and once said “the bike taught me how to live“, with both highs and lows along the way. 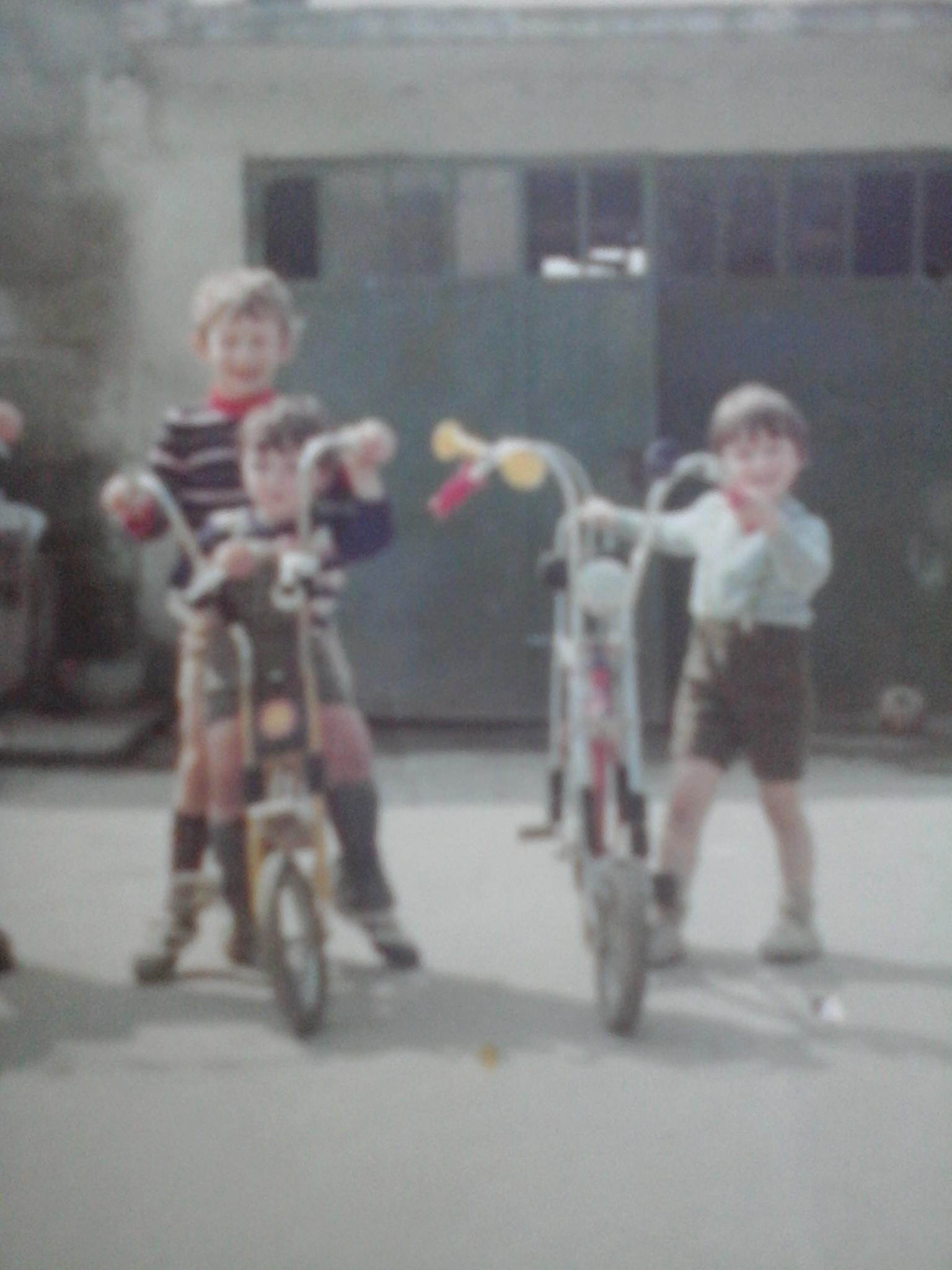 Born in 1971 in San Bonifacio in the Veneto region in north-east Italy, he grew up in Lonigo, the next town across. In school he’d meet his first wife Selina Martinello and get in cycling early thanks to the influence of classmates at school and an uncle in a local cycling club. His father Gedeone became his first sponsor, backing the Rebellin Market team, sporting the name of the family food shop. There was talk of becoming a priest but his future was on the bike. 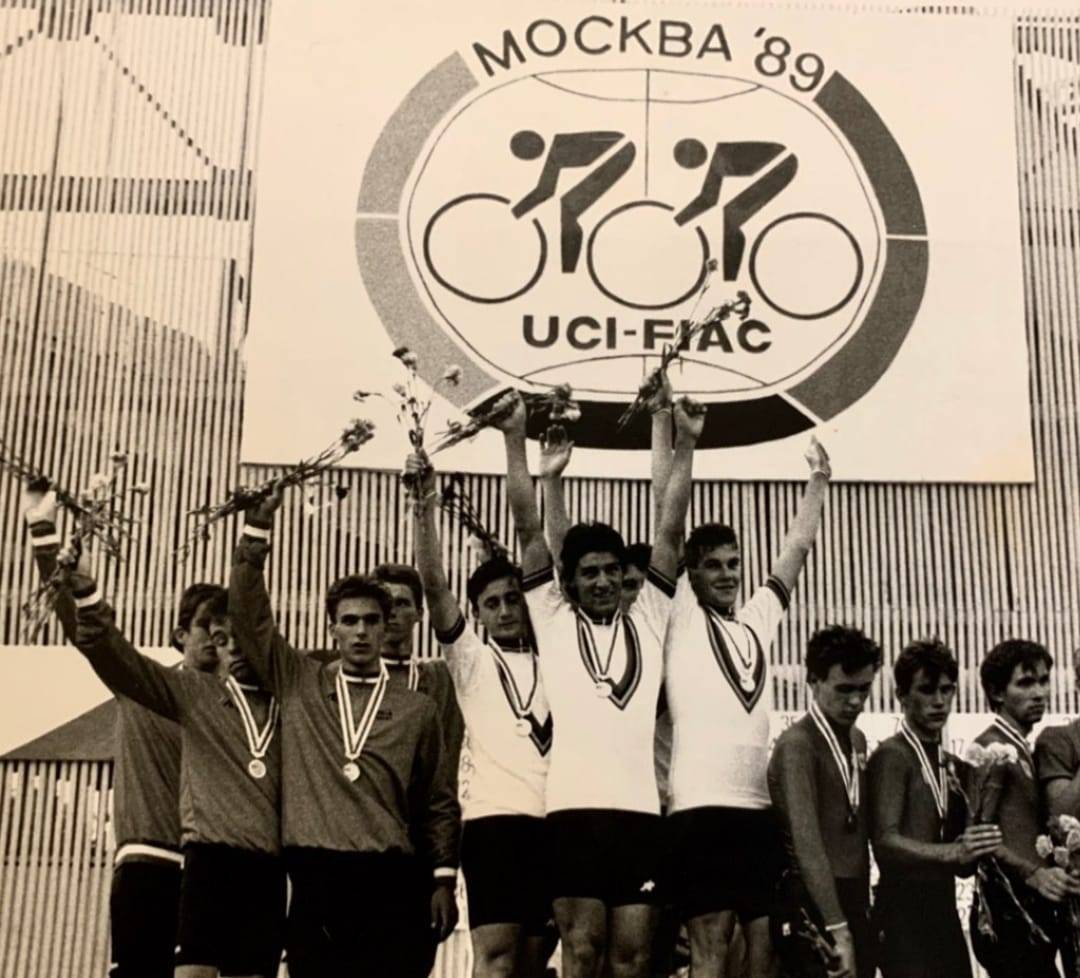 A decade later he was a world champion in the junior team time trial event held in Moscow. More wins followed and he turned pro in August 1992 after the amateur Barcelona Olympics. He signed for MG-Technogym, a team that rode on lugged steel Bianchi bikes managed by the “Iron Sergeant” Giancarlo Ferretti. Rebellin’s shyness and Ferretti’s authoritarian style meant he struggled. A quiet man, his team mates would nickname him chierichetto, “choirboy”, on account of his faith and timidity. He wasn’t shy on the bike though and enjoyed a decent first season, ending the year with a ninth place in the Tour of Lombardy aged 21, outsprinting Laurent Madouas. 27 years later in the GP La Marseillaise Rebellin would finish one place ahead of Madouas’s son Valentin.

He moved to the Polti team for 1996. He told Italian journalist Marco Pastonesi that his most beautiful day came in 1996 during the Giro d’Italia when he won atop Monte Sirino, taking the stage and leader’s jersey in a race where he’d eventually finish sixth overall after a spell in pink. That would be his peak in a grand tour, he was better suited to one day races and the following year, while riding for the nascent FDJ team, took two World Cup races, the Clasica San Sebastian and the GP Suisse in Zurich. He was best in races with with short, steep climbs. No more so than the Flèche Wallonne, a race he’d win three times and in his first win in 2004 with the Gerolsteiner team he took the Ardennes “grand slam”, winning the Amstel Gold Race on one weekend, the Flèche on the Wednesday and Liège-Bastogne-Liège the weekend after, a feat nobody had done before, and only Philippe Gilbert and Anna van der Breggen have accomplished since. That thought wasn’t sufficient to get him a ride at the Athens Olympic. Frustrated, he applied for Argentine citizenship and a licence but the paperwork could not be completed in time, outwardly it looked farcical but presumably he just wanted to ride.

Marco Bonnarigo wrote in Il Corriere, a newspaper, that Rebellin’s chierichetto nickname also came from a “terror” of approaching doping, but that after ten years as a pro, “so goes the legend” writes Bonnarigo, he “gave into temptation” which would put this switch this soon after the turn of the century, and if the legend’s true then his Monte Sirino ride is even better. While many swam through the anti-doping nets, Rebellin got entangled in 2008. This time he was selected for the 2008 Olympics, for Italy. 16 years after he’d raced Barcelona, and aged 37, he’d ride to a silver medal in Beijing but this didn’t last. With anti-doping samples being retested for CERA, a new class of the blood-boosting medicine, Rebellin was among those to test positive; his Gerolsteiner team mate Stefan Schumacher was done for CERA too. After an appeal claiming the testing methods were not valid he lost his medal and got a two year ban, the standard tariff of the time, while a tax investigation as to whether he was really resident in Monaco or actually living in Italy hung over him for years, before he was acquitted. 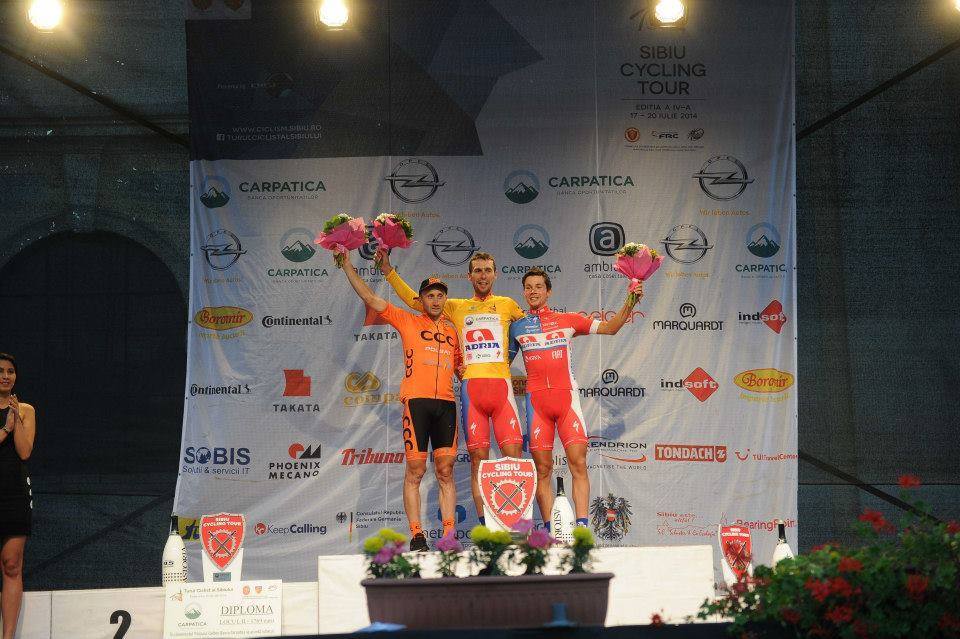 The ban served, he resumed his career and found winning ways but spent two years with third tier Continental teams before spending four seasons with the Polish CCC team. While others were racing the Giro in May, he was at the Azerbaijan Tour; not for him the Tour de France in July but Romania and the Sibiu Tour. Why keep racing into his forties and on the margins of the international calendar? He’d reply how important cycling was for him, for example telling Marco Pastonesi:

The bicycle… … is my life. I feel like I’ve been pedalling since I was born. I grew up on the bike, I saw myself in it, I suffered, but also rejoiced, the bike taught me how to live

Sometimes it seemed as if cycling was the only thing Rebellin really knew. He featured in Il Ultimo Chilometro, a short film from 2012 and the moment he was off the bike or not talking about cycling he seemed lost, even cutting a forlorn figure just queuing for a sandwich in town. Like a bicycle itself, he had to keep pedalling in order not to fall down. He said his second marriage to Françoise “Fanfan” Antonini helped him develop as a person. Speaking to Bidon magazine’s Leonardo Piccone, he opened up:

When I met Françoise I was half a man. She opened her heart to me and pushed me to believe more in myself. I thought I was only good for pedalling, but her love transformed me and allowed me to discover the man I am, and that I didn’t even know. She taught me the importance of following happiness and focusing on beautiful things

While he was never keen on social media, he took to posting images of his organic, vegetarian diet, and also wildlife, such as encounters with a fox during a training ride. He’d stop from time to time just to take in the scenery. 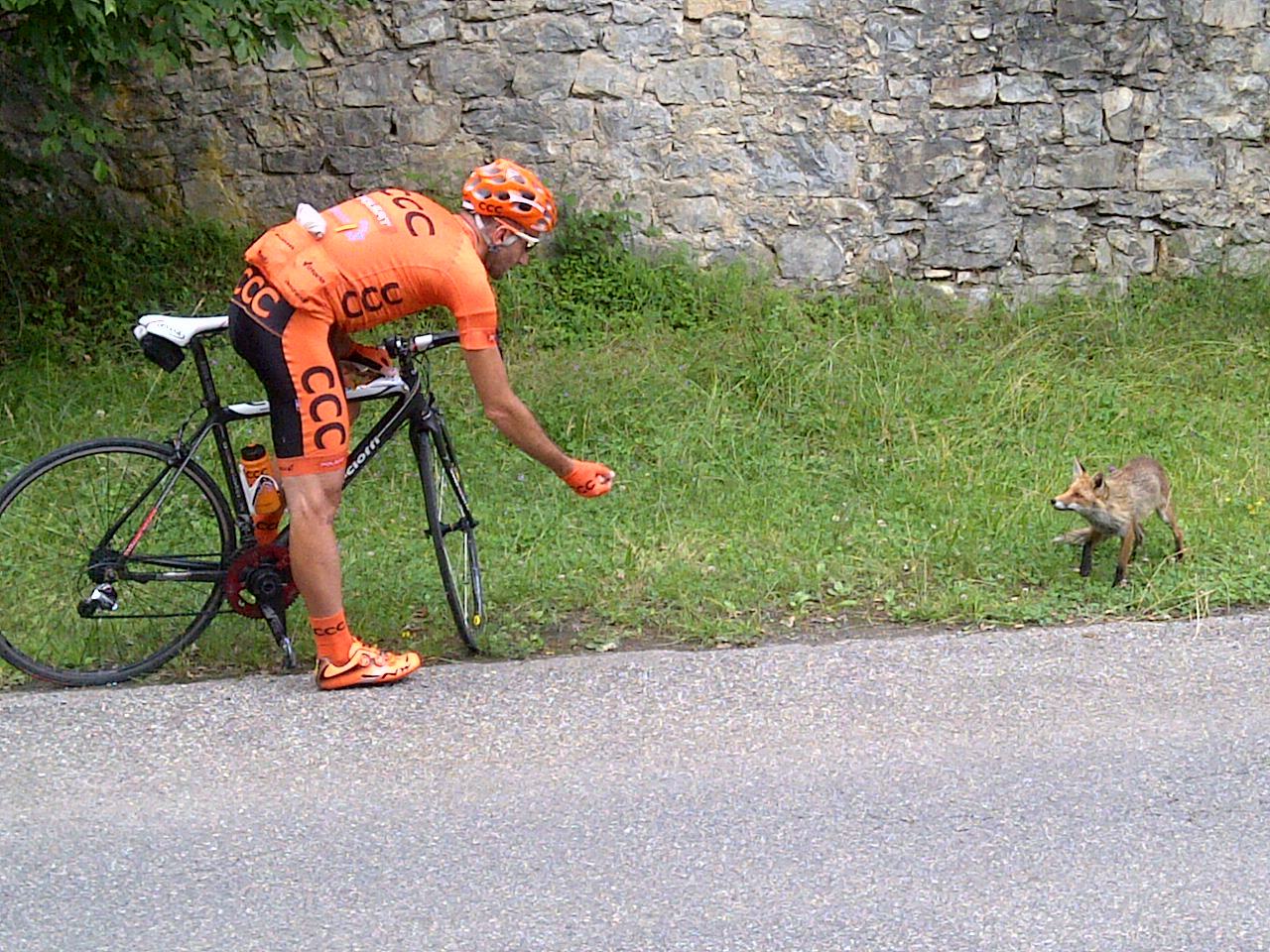 Rebellin became a Peter Pan character, albeit with the signs of ageing, and ech year he became more of an amateur in the original sense, doing his sport for the love of it. But also because he did not feel like doing much else. He knew how to keep riding and racing, typically training alone and being particular with his diet. Film makers La Bordure made the gentle “Il Vecchio Saggio” (the Old Sage) documentary showed Rebellin where he’d bring his own food to races, mixing his own breakfast.

In the same film journalist Philippe Brunel describes Rebellin as “a passing dream” where people could project their thoughts onto him, saying some will adore him for the image he gave as someone raging against the dying of the light; while others might see a pathetic figure seemingly stuck on two wheels. While Rebellin must have been sensitive to what others said and thought, he was just doing what he wanted and that was riding his bike and pinning on a number. In the interview with Bidon he said that he’d been riding an average of 35,000 kilometres a year since turning professional and estimated that by adding his amateur and childhood days he must have ridden a million kilometres.

33 years after winning the worlds in Moscow, Rebellin compete at the 2022 gravel world championships. He officially retired with 30th place in his final UCI race, the Veneto Classic, and on his own training roads. He was not going to stop riding though, he had plans for gravel racing and training camps. Last weekend he rode Matteo Trentin’s BeKing criterium in Monaco. On Wednesday he went out for a ride on the roads of the Veneto where he grew up. On his way back, at a roundabout less than ten kilometres from his mother’s house, he was hit by a truck and killed. Cycling seemed to give everything to Rebellin until a truck driver took it all away in an instant.

Next post: How Did The Riders To Watch Do?