Book Review: The Art of Cycling 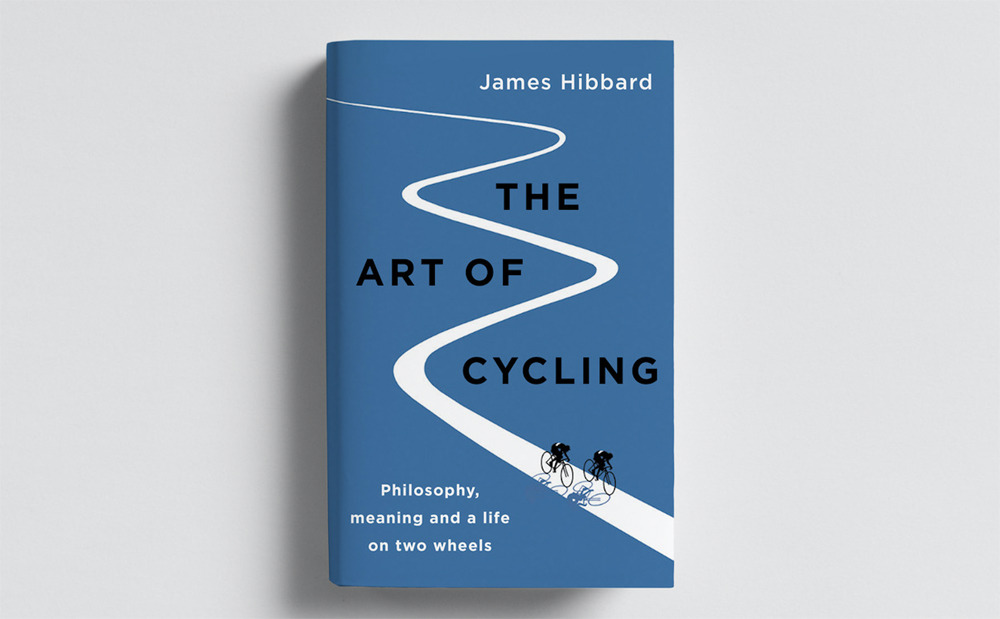 The Art of Cycling by James Hibbard

Part road-trip, part philosophical exploration and part autobiography this book is difficult to categorise, but greater than the sum of these parts.

The author has decided to get back on the bike to do a long multi-day ride down the Californian coast with two ex-cycling friends. This is the premise to write about the trip, to explore the culture of cycling, to think about a past career as an athlete and analyse all of this, and society at large, with philosophy.

Combining philosophy and cycling can sound lofty, technical and even off-putting but, much like Guillaume Martin’s books, don’t be deterred. At worst you’ll enjoy the prose describing cycling and its habits and culture and there are moments of Tim Krabbé’s The Rider here; at best, the philosophy provides a new way to see the activity and sport. Both Martin and Hibbard regularly turn to Friedrich Nietzsche. Martin though uses philosophy as a means to explain cycling and vice versa. Hibbard does this at times but often philosophy is his means to a wider exploration of matters, including questioning his own existence. The bicycle is a relatively modern invention but physical activity has been core to several thinkers. Nietzsche hiked in the mountains for inspiration while other thinkers from Rousseau to Kierkegaard cited walking as necessary for their creative thought.

The Art of Cycling holds a mirror up to sport. While many other autobiographies are about the “how” of a rider’s career, much of Hibbard’s reflection is about the “why”. Why did he get into the sport, why did he persist with it? There’s also why he retired and why he ended up studying philosophy.

Some of the cycling and philosophy overlaps directly. There’s an exploration of materialism and the old crafts involved in building and maintaining you bike. Or what is perfectionism? Take your bike, is it perfect? It could be dirty, chipped, even dented. But what if it you’d preserved it perfectly, still some tiny piece of lint could sit under the clearcoat says Hibbard, so it’s not perfect. Then what if you could look at the frame under a microscope? You’d find many imperfections. So perfection can be a question of vision and viewpoint.

The paragraphs and pages on philosophy go by slower, they’re more dense in terms of information and concepts. Meanwhile the pages on cycling fly-by like a descent, perhaps it’s because of the subject material and viewpoint, as matters such as training, aching legs or hunger are familiar themes for a cycling blogger. Meanwhile a philosophy graduate might speed through the pages on Plato, Nietzsche or Heiddegger but dwell on the pages that mention aerodynamics, pro contracts or, inevitably, doping. Often the switch between themes is big, think shifting your chain between the chainrings rather than the sprockets:

Jackson and Zach return and we fill our bottles and empty the day’s wrappers from the pockets of our jerseys into the trash. The familiar sweet citrus taste of Gatorade in my mouth, we get back on our bikes and ride away – once again returned to our own insular world of cycling.
Φ
Kant’s Copernican revolution exemplifies why the counter- culture found philosophy appealing. When confronting a post-war America which had become stiflingly conformist, the most radical move conceivable was to claim that the very terms of reality itself are far from the givens that they profess to be.

Underpinning the book is Hibbard’s autobiographical tale and this overlaps, weaving into the other elements. He takes up philosophy in part to explore ideas first introduced to him by his father; the California road trip passes the spot where an aunt killed herself. The exploration of both cycling and philosophy is often seen through Hibbard’s questions about his own identity, at one point he’s happy to be “an American cyclist” in his US national kit but at other times being a son, a father, a student and a husband are more ambiguous; and he’s often an outsider too, moments of the book reveal a critique of American society and decadence:

“In many ways, I’ve come to feel like a stranger to my own culture and don’t want any part of the collective fever dream of distraction – of memes and viral videos and YouTube stars. I’m no Übermensch, but I’ve at least followed Nietzsche’s lead and managed to continue to flee from the herd.”

Refreshingly this book is as far as you get get from any memes and YouTube clips. There’s little inside gossip from his days as a rider. It is not a self-help book: there are no top tips, no practical philosophy takeaways, nor winning thoughts to make you faster. At times it is not easy reading as the author explores his family’s history with depression, the road trip is in California but the mentality not always.

The Art of Cycling often questions why ride, why race and why try to make a career of it, spending years at it? For some riders it can just be a job where the cost-benefit ratio of training and racing beats doing shifts in a factory or working on the family farm. For many though, there’s a lot more to it, especially because elite cycling can be such an all-consuming activity that goes beyond bicycling to touch on rest, diet, even the role in society whether a group like a team or wider.

This was before Nietzsche’s Thus Spoke Zarathustra suggested work instead of happiness but the same idea, just expressed with a bit more of a flourish. Those who enjoy training, who tinker with their bike, who read maps can all probably relate to the satisfaction of the work involved too.

The Verdict
A cycling book but one that is far from all about cycling and the non-cyclist could enjoy it, the prose about the sport and its rituals and culture is accessible to all, it’s just that cyclists will recognise things and probably nod along. As an autobiography, it’s different to the regular narrative of childhood talent > rise up the ranks > suffer a setback > triumph anew > pass on some life lessons. The exploration of philosophy makes this a richer and more challenging read. It’s poignant because the story is more complicated because Hibbard didn’t have it all easy, he didn’t win big and so he’s exploring subjects and searching for meanings. And if this book makes you think further rather than offer answers, is that not better?

An electronic copy of the book was given for review. More books at inrng.com/books