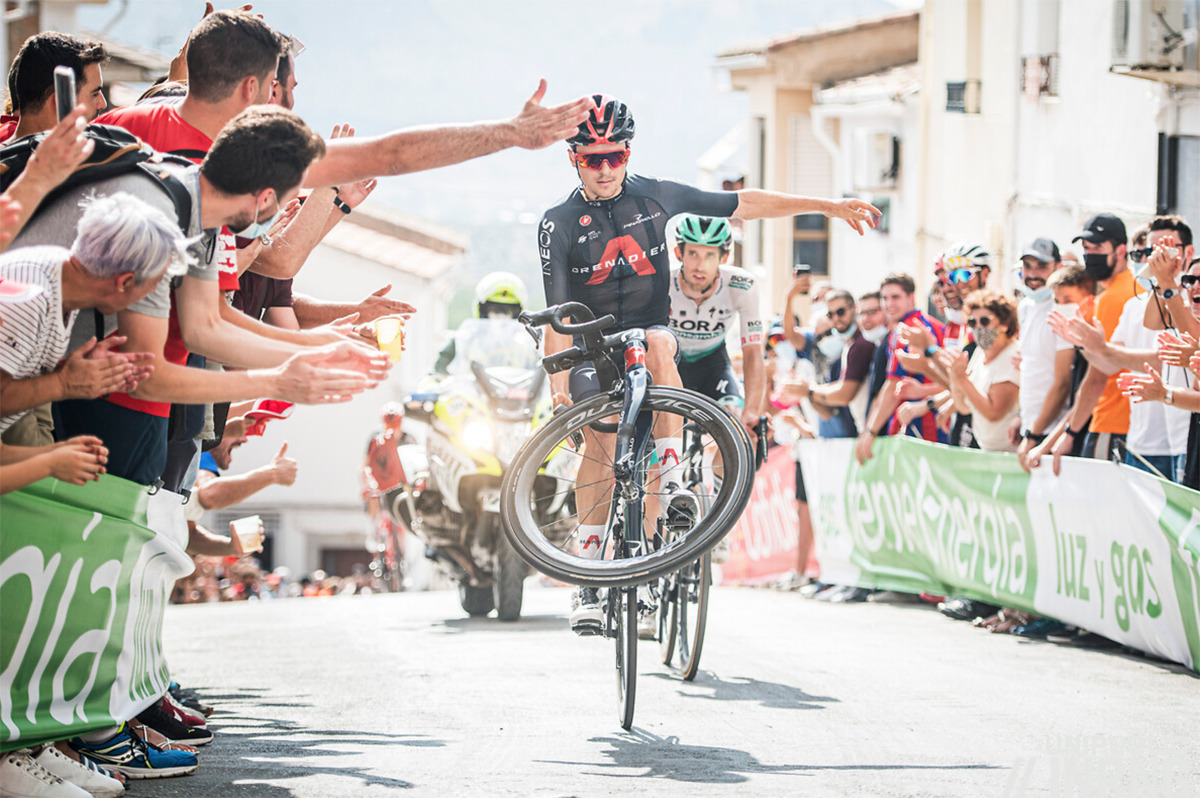 The final review of the year, a chance to see how the ten neo-pros picked for 2021 fared.

In past years you’d look at a neo-pro attacking in a mountain stage of the Dauphiné and applaud the progress and potential, likewise if they finished a grand tour with enough energy to make the breakaway in the third week, these were often clues they’d go onto big things in later years. Now performances by the likes of Tadej Pogačar and Remco Evenepoel have blown expectations out of the water. Amid the ten below there’s a mix of instant success and quiet progress.

Tom Pidcock was an obvious pick for the neo-pros because as an U23 he was winning all over the place: an U23 Paris-Roubaix win and the Planche des Belles Filles summit finish of the Tour d’Alsace in the same season. Now versatility is common in the amateurs, it’s in the pro ranks that riders tend to pick a speciality. But Pidcock has kept his hand in everything, and won the Olympic MTB gold and the Brabantse Pijl. He finished the Vuelta which he was using partly as training for the Worlds where he finished a creditable sixth but by then we already knew he could handle distances because he’d already been a contender in Milan-Sanremo, making the cut with the leaders over the Poggio. While he’s currently going up against Wout van Aert in cyclo-cross, he’s battled with the Belgian in other races but is arguably a very different rider, a 20kg weight difference gives the Briton an advantage in the hills and mountains to exploit.

Simon Carr had a solid year and one to chalk up a lot of experience with the Giro and Vuelta banked. His best result came in Italy during Tirreno-Adriatico and the Prati di Tivo summit finish, a top-10 and ahead of the likes of Egan Bernal; plus he finished 9th overall in his local race, the Route d’Occitanie as he’s half-British, half-French and grew up in Limoux at the foot of the Pyrenees. EF Education-Nippo know they can’t win a grand tour – Uràn can try but in placing high he scores precious UCI points – and are assembling a squad of raiders who can win stages from breakaways and Carr fits perfectly into this role and helped others deliver here, such as Neilson Powless’s win in the Clasica San Sebastian.

Diego Camargo didn’t make the headlines and in trying to find some news in the Colombian press isn’t easy, in part because there’s another Diego Camargo, an actor who’s been busy on Celebrity Mastershef. Camargo the cyclist’s not had a sizzling year but was cited as a big engined “diesel” rider so look for signs of progress in 2022 and as he told revistamundociclismo.com he’s had a year of learning including the Vuelta.

David Dekker had a solid first year with Jumbo-Visma, including taking the points jersey in the UAE Tour and a useful role in helping Wout van Aert in the classics. He rode the Giro but quit along with others when the race went into the mountains.

So far, so good for Antonio Tiberi. He turned pro as a teenager but hasn’t got the hype to match. He’s a stage racer of the future and following the traditional path to success at Trek-Segafredo. But 12th in the Tour de Romandie’s time trial stage and third in the Tour de Hongrie’s summit finish and ninth in the Tour de Pologne’s summit finish in Bukowina are solid results, the sort of thing a budding grand tour contender would aim for in the pre-Pogačar/Evenepoel era. 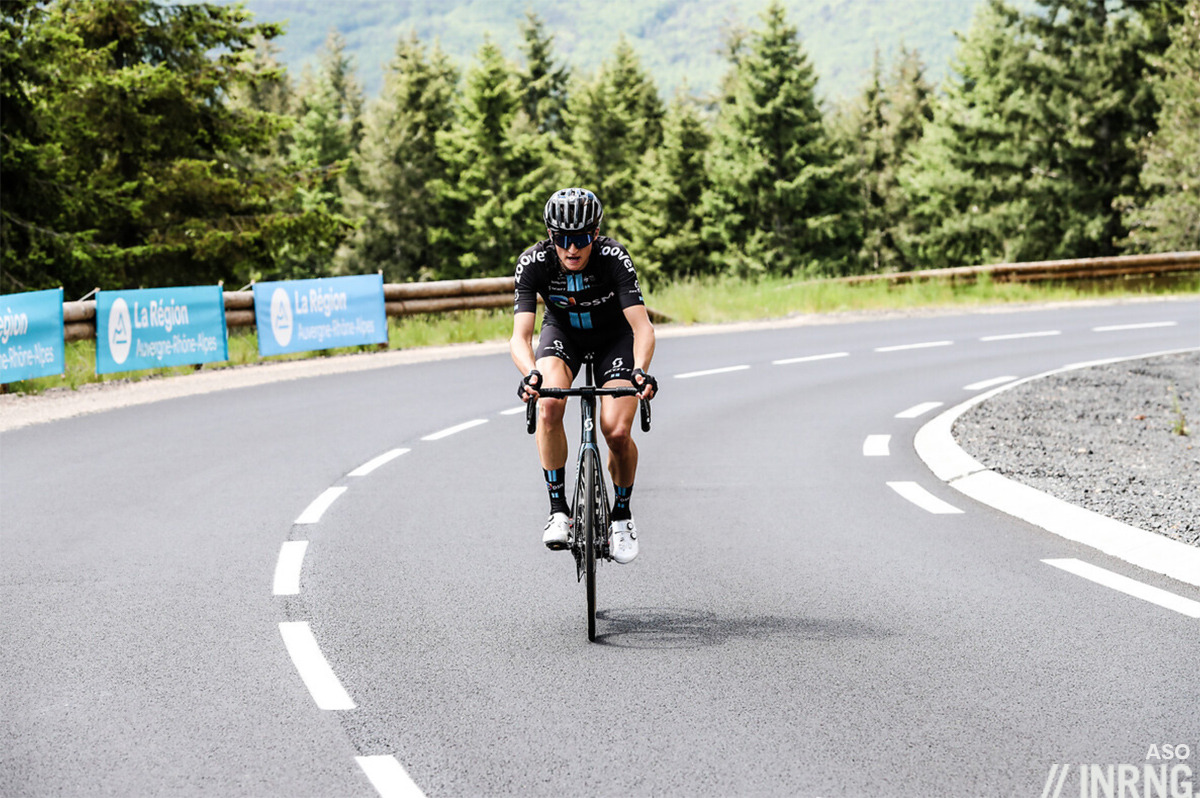 Marco Brenner didn’t set the world on fire. He is a year younger than Tiberi and turned pro straight out of the junior ranks with DSM. He’s had a deliberately light programme in 2021 and no wow moments but 24th in Flèche Wallonne was decent, the kind of result where the uphill sprint tells us something about punchy climbing power but also his ability to get into position in the hectic approach to the Mur de Huy. 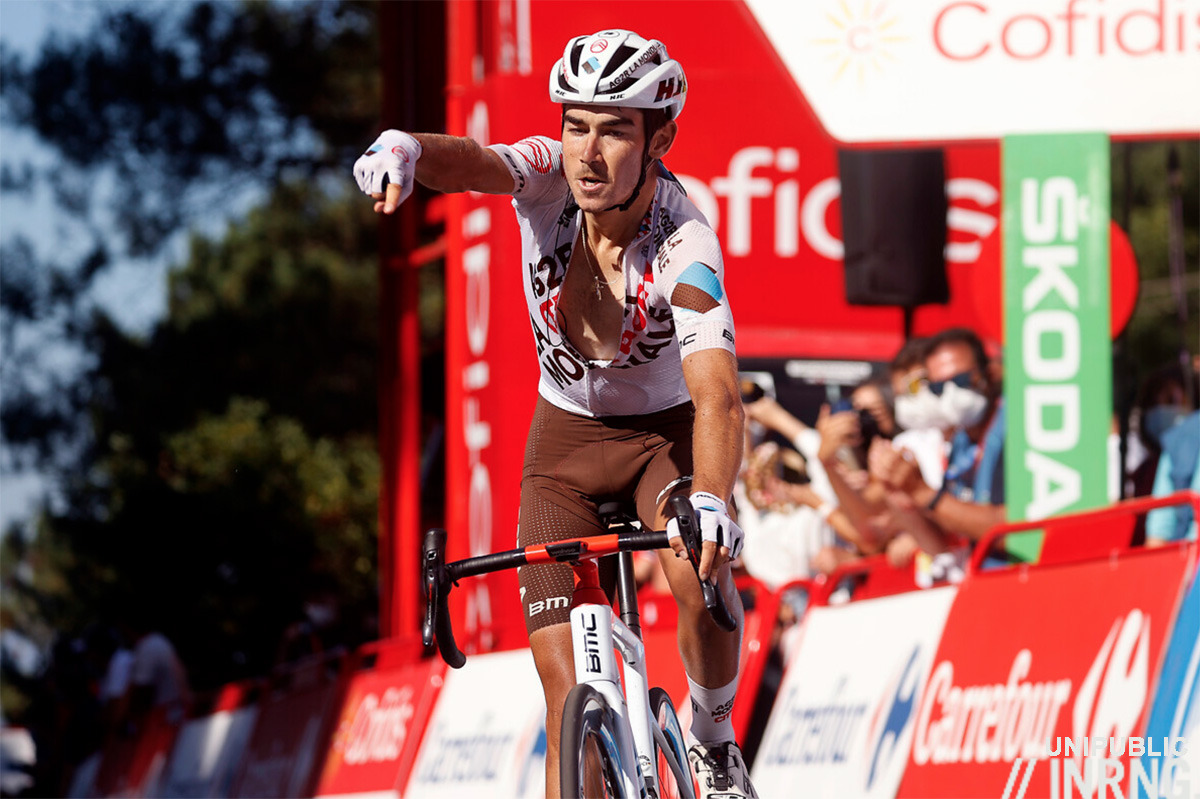 Clément Champoussin looked great in the Trofeo Laigueglia, trading attacks with Egan Bernal and Mikel Landa. This got him a start at the Giro but he fell ill and quit. He then went to the Vuelta and won a stage, impressive in the moment but also because it was late into the third week when a neo-pro ought to be feeling tired.

Olav Kooij was supposed to turn pro mid-season but Tom Dumoulin’s surprise sabbatical saw Jumbo-Visma bring the deal forward to February. He slotted in straight away and finished the season with stage wins in the Cro Race, aka the Tour of Croatia.

Natnael Tesfatsion was hired out of the NTT/Qhubeka development team and a canny move by Gianni Savio as the Eritrean got some consistent results all season. A punchy climber he even took part in some sprints. Compatriot Biniam Ghirmay grabbed more headlines this year thanks to some strong performances and a win in the Tour du Doubs and both will be interesting to watch in 2022.

Ben Zwiehoff wasn’t technically a neo-pro as the definition is strictly reserved for U25 riders. But he was too interesting to leave out, the mountain biker was thinking about switching to road racing and had done lab tests with Jumbo-Visma where he set the best numbers they’d ever seen, beating Primož Roglič’s high score. He signed with Bora-Hansgrohe and like Roglič, having a big engine is one thing, being able to steer it another. But he’s enjoyed his first season on the road, telling the excellent German website cycling-magazine.de he’s happily self-identifying now as a “road racer” and learning all about positioning and other elements of race craft and now wants to become a valuable mountain lieutenant, the last team mate left with his leader on a summit finish.