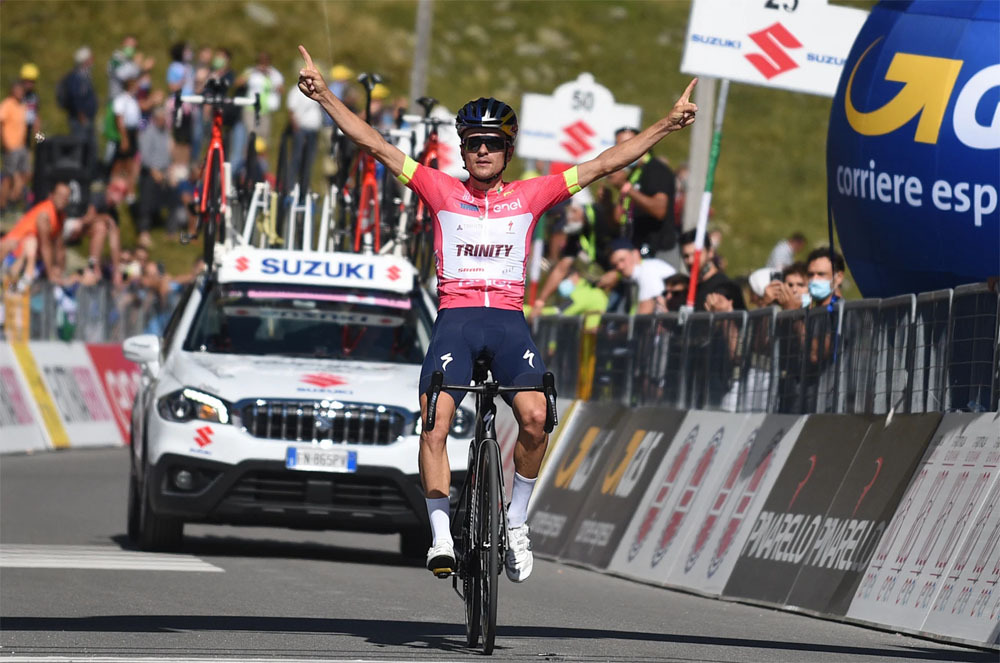 After picking ten established pros to watch for the season, now it’s time to look at some newcomers. It’s not been an easy time to join the pro ranks as plenty of Under-23 riders saw their chance prove themselves last year vanish only increasingly recruitment to the World Tour isn’t based off recent race results but longer term evaluation.

First a quick definition of a “neo-pro” as it’s not a first year pro, instead it’s someone who has signed for the first time with a WorldTeam or ProTeam who is under 25, so second year pros are included. Normally the riders below would only include first years but not many riders turned pro over the winter so a couple of second year pros are included.

If pro cycling had a draft system then Tom Pidcock would be at the top of many people’s list and he’s the obvious pick here. He can do it all, in 2018 he won the U23 Paris-Roubaix and took a win in the the Planche des Belles Filles summit finish in the Tour d’Alsace. Last year he won the Baby Giro on the road (pictured above) and the U23 cross-country MTB worlds title among other successes, and despite being 1m57 tall he’s good in time trials too. As you might have seen this winter he can challenge Wout van Aert and Mathieu van der Poel in cyclo-cross and he’s five years younger than them. So a move to Ineos looked inevitable, the Brits with the budget. It’ll be interesting to see how he fits in with the most roadie of road teams, a world of power meters, altitude camps and sitting tight during stage races. But this could be where he scores because the team want to get away from their corporate monolith image and a rider with charisma and panache could be just the ticket.

Now to another Brit in Simon Carr… who is also French. He’s got dual nationality and certainly his cycling career has taken a French path as he went from his local club to top regional team, then the U23 team AVC Aix and and then to the Delko team and, thanks to some behind-the-scenes work late last year, a chunk of the Delko team’s riders and sponsors have merged into EF Education-Nippo and voilà, Carr’s now in the World Tour. Carr turned pro last year but only in August so let’s crowbar him into the 2021 list. He even won a race too, the Prueba Villafranca in the Basque Country and if the field wasn’t stacked, he still rode away from everyone on the final climb to win, plus he won the white jersey at the Tour of Portugal. British broadcaster Ned Boulting did a podcast interview that covered a lot of ground (here, start at 29m30s) about his background should you want more.

Staying at EF Education Nippo brings us to Diego Camargo. The Colombian looks a very steady rider, a diesel-style of climber much like Dani Martinez who has left early for Ineos. Camargo won the local Tour of Colombia ahead of much older riders and took many steady results in the last two years. Like many Colombians adjusting to life in Europe can be a challenge to overcome but watch for him in the mountain stage races this summer.

David Dekker has got the pedigree and the palmarès already. He’s known in the Netherlands as the son of Erik, a four time Tour de France stage winner and more. You might remember him from Le Samyn, the March semi-classic won by Hugo Hofstetter but Dekker was on the podium, having outsprinted riders like Giacomo Nizzolo and Florian Sénéchal. Crucially he’d persisted just to make the front group on grim day which suggests he’s a classics rider more than a pure sprinter so look to see how far he can last in the classics in support of Wout van Aert this year and maybe for a personal placing or two along the way in the sprints.

Trek-Segafredo have had their eye on Antonio Tiberi for a while and the team has both an Italian sponsor in Segafredo coffee and an Italian manager in Luca Guercilena making them almost an Italian team. With Vincenzo Nibali getting long in the tooth who is the next Italian grand tour winner? The Italians might end up waiting as long as the Belgians and French but in Tiberi they’ve at least got something to project on to right away as he’s an accomplished rouleur who climbs well, he was junior world champ in 2019. Now many juniors can time trial and climb, specialisation tends to come later and Tiberi’s just 19 so look to see what chances he gets this year. Just being able to ride in service for Vincenzo Nibali is going to be a big learning experience, a masterclass, but watch for how long he lasts on climbs in races like, say, the Tour of the Alps.

Marco Brenner is another rider hired straight out of the junior ranks and on a long term deal, the German has joined Sunweb on a four year deal as an 18 year old, and that’s him next to Tiberi in the photo above. There are more and more cases of this and while Remco Evenepoel has made the headlines thanks to his prodigious success, others might prove more evanescent and these deals are probably better seen as a kind of option on talent. As Groupama-FDJ development team manager put it there’s more chance of finding a nugget by recruiting a kid star than by picking up someone who’s done several solid U23 seasons but the flipside is the precocious star might not be cut out for the pro ranks. It’s a tricky situation and as Sunweb only know to well if they do find a gem the risk is they’re rustled by a bigger team. Anyway Brenner is a big talent who has been crushing rivals on the junior stage: winning sprints, mountain stages and time trials and sometimes all in one go during a stage race. But this happens more often in races, it’s later that riders tend to specialise and we’ll see where Brenner feels best at. Expect a light programme this year and small trials in week long stage races.

Clément Champoussin turned pro midway in 2020. The trend to turn pro early gave Ag2r La Mondiale a dilemma: they’d wanted to see Champoussin develop another year in the U23 ranks; he saw Chambéry team mates like Matteo Jorgenson join Movistar. The risk for Ag2r was that he’d go elsewhere too so a mid-season deal was brokered. Because of the pandemic Champoussin ended up paid to sit on his hands but he made up for lost time by starting and finishing the Vuelta and making a name for himself on the climbs where he was attacking the front group in the final moments on some days and making the break next. So while Ag2r Citroen have hired lots of flandriens, their feeder team continues to supply mountain climbers.

Now to another mid-season pro in Olav Kooij but here he’s turning pro with Jumbo-Visma later this summer and he’s only 19. Kooij is pronounced like koi as in carp but think barracuda instead as he’s fast. He’s the latest Dutch sprinter to follow Groenewegen and Jakobsen and as an 18 year old fresh out of the junior ranks he racked up a series of sprint wins including a pro win in the Settimana Coppi e Bartali ahead of established pros.

It’s always worth watching who Gianni Savio signs for his Androni team and Natnael Tesfatsion was hired out of the demise of the NTT feeder team. The Eritrean’s raced in Europe but seems to have thrived in Africa winning the Tour du Rwanda and finishing second in the Tropicale Amissa Bongo too. Savio hasn’t signed Tesfatsion on a long term deal through, only for two years but look to see if he can place in hilly races in Europe this year. 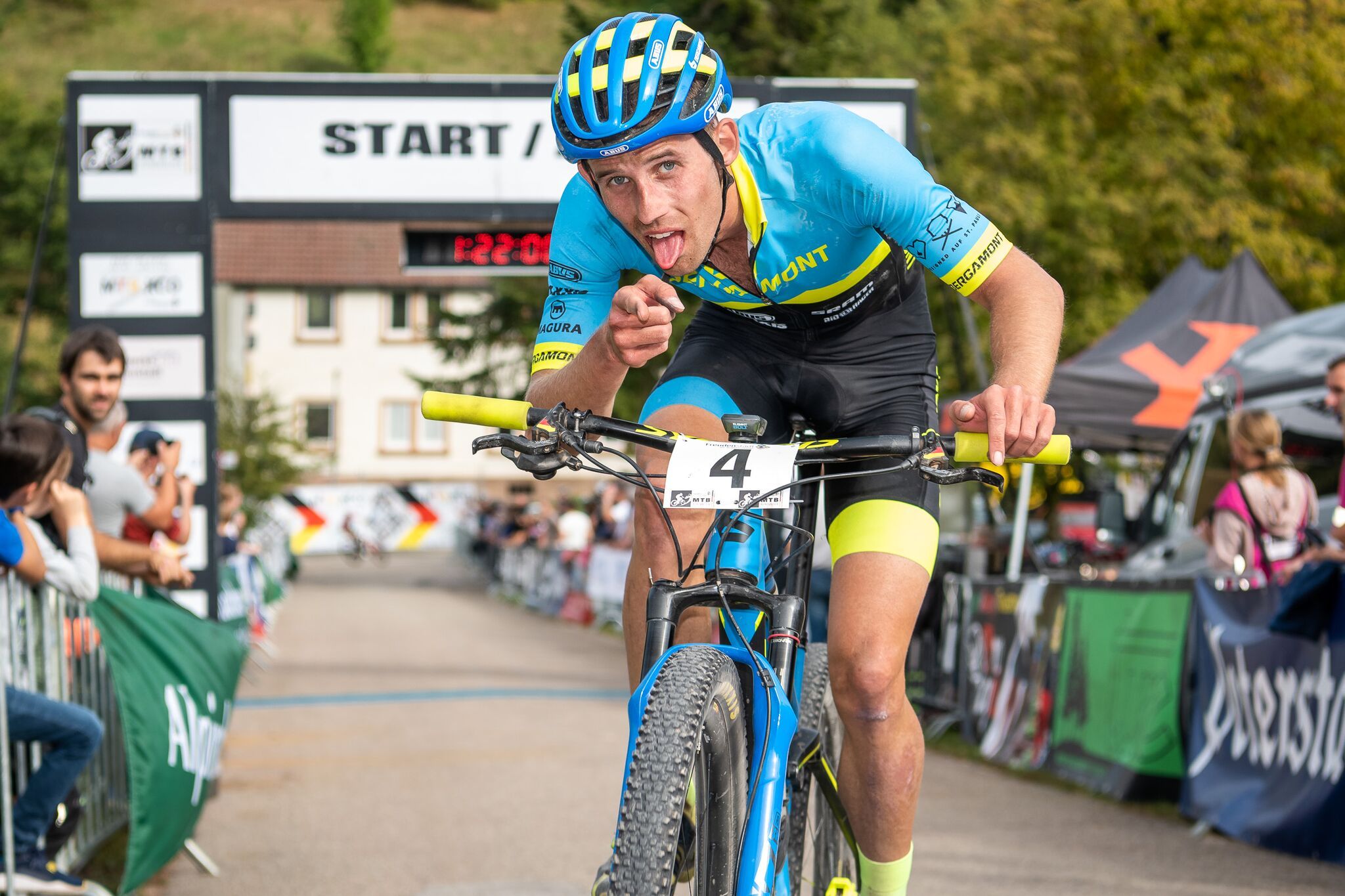 Ever get the feeling you’re in wrong job? Well Ben Zwiehoff (photo from his website) has been trundling around the Euro mountain bike scene for a few years without great success, a medal in the mixed relay competition at the Euro champs a highlight. He’s 26 so he’s not a neo-pro by the legal definition but makes the list because of his interesting story. He’s known he’s not explosive enough for the hard efforts needed in MTB racing with the sprint start and the sharp climb so his race strategy was more tortoise than hare and he could sometimes place but rarely win. Only this style pays on the road where being able to hold a even pace for 20 minutes or even an hour counts in stage racing. It’s here that he could surprise. As Radsport-News recounts Bora-Hansgrohe management started to talking to him and he impressed on a training camp. Word got out and Jumbo-Visma also approached him, inviting him for a lab test where he set the best results on the ergo they’d ever seen, a high score to make Primož Roglic jealous. With this offers suddenly come in but he felt happiest with Bora-Hansgrohe and he should quickl become part Emu Buchmann’s cadre of mountain support.