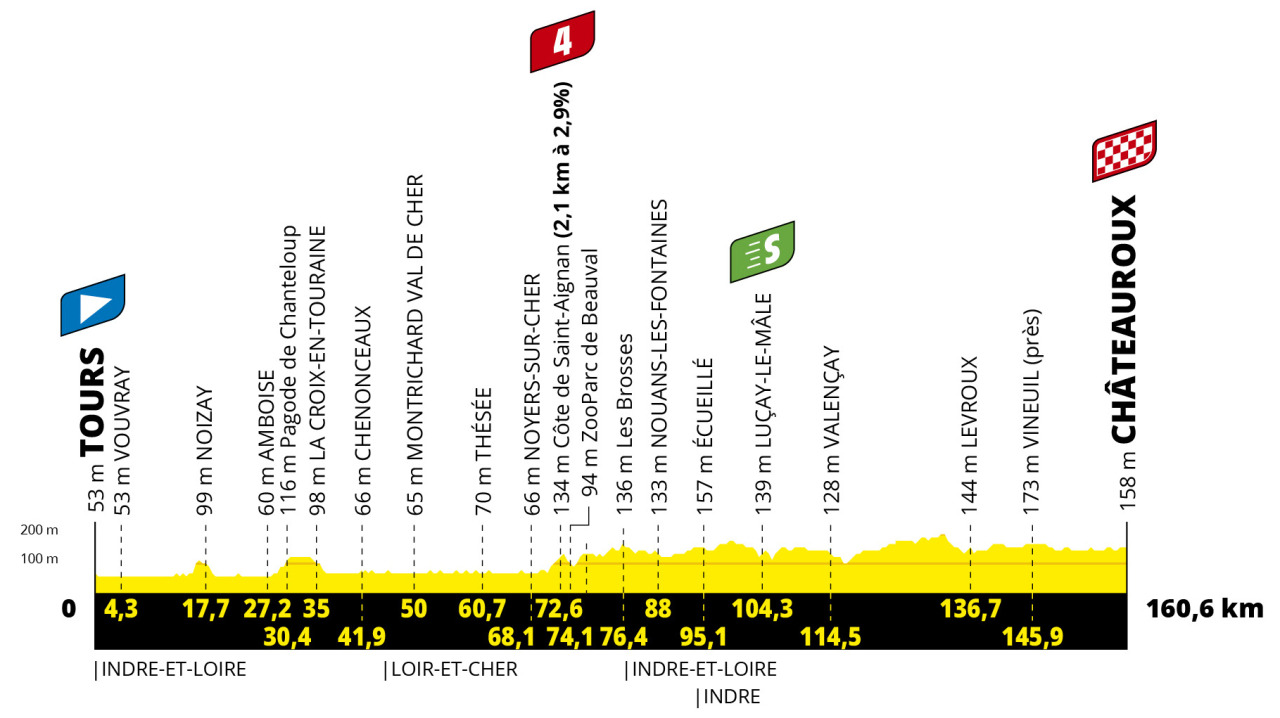 A sprint in Châteauroux. 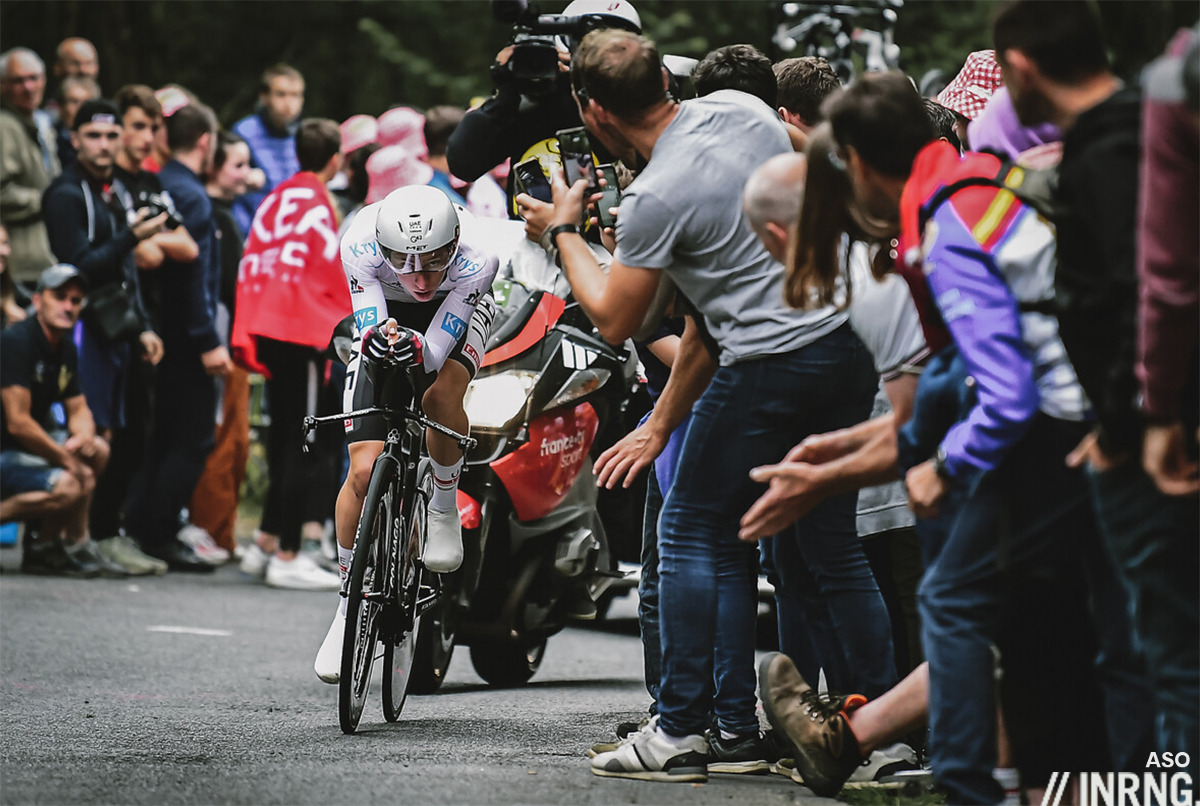 Vitesse Mayenne: the stage started in Changé but nothing had changed, a stage win for Tadej Pogačar who beat the specialists, just as he did in the previous time trial stage of the Tour back in September. The margin of victory is notable, only ten riders within a minute on a 27km course and it looks like he probably sat up in the Slovenian championships to give others some limelight. Jumbo-Visma’s first rider was neither Wout van Aert nor Primož Roglič but Jonas Vingegaard and the Dane’s one to keep an eye on in the mountains. Roglič was seventh, a good ride given all the bandages under his skinsuit. Arch rivals Ineos fared worse, their best rider was Richie Porte, Geraint Thomas paying for his previous crash finished 16th on a day where he would have hoped to take time. Wilco Kelderman was the surprise 27th. It wasn’t perfect for UAE, Brandon McNulty had a big crash and finished last, he’s expected to play a big role for Pogačar. It’s premature to say the Tour is Pogačar’s to lose but whatever happens in the Alps, on Mont Ventoux and in the Pyrenees there’s a 30km time trial for him to look forward to.

The Route: A gourmet’s stage, a sprinter’s stage. there are few secrets to this course. It’s 160km starting in Tours, long home to the “sprinters’ classic Paris Tours, and on the banks of the Loire valley. There’s a quick dash past the touraine vineyards of Vouvray. With 46km to go the race circles Valençay, a town famous for its pyramidal goats’ cheese and the vast château which once belonged to Talleyrand. From here on it’s the same road all the way to Châteauroux. 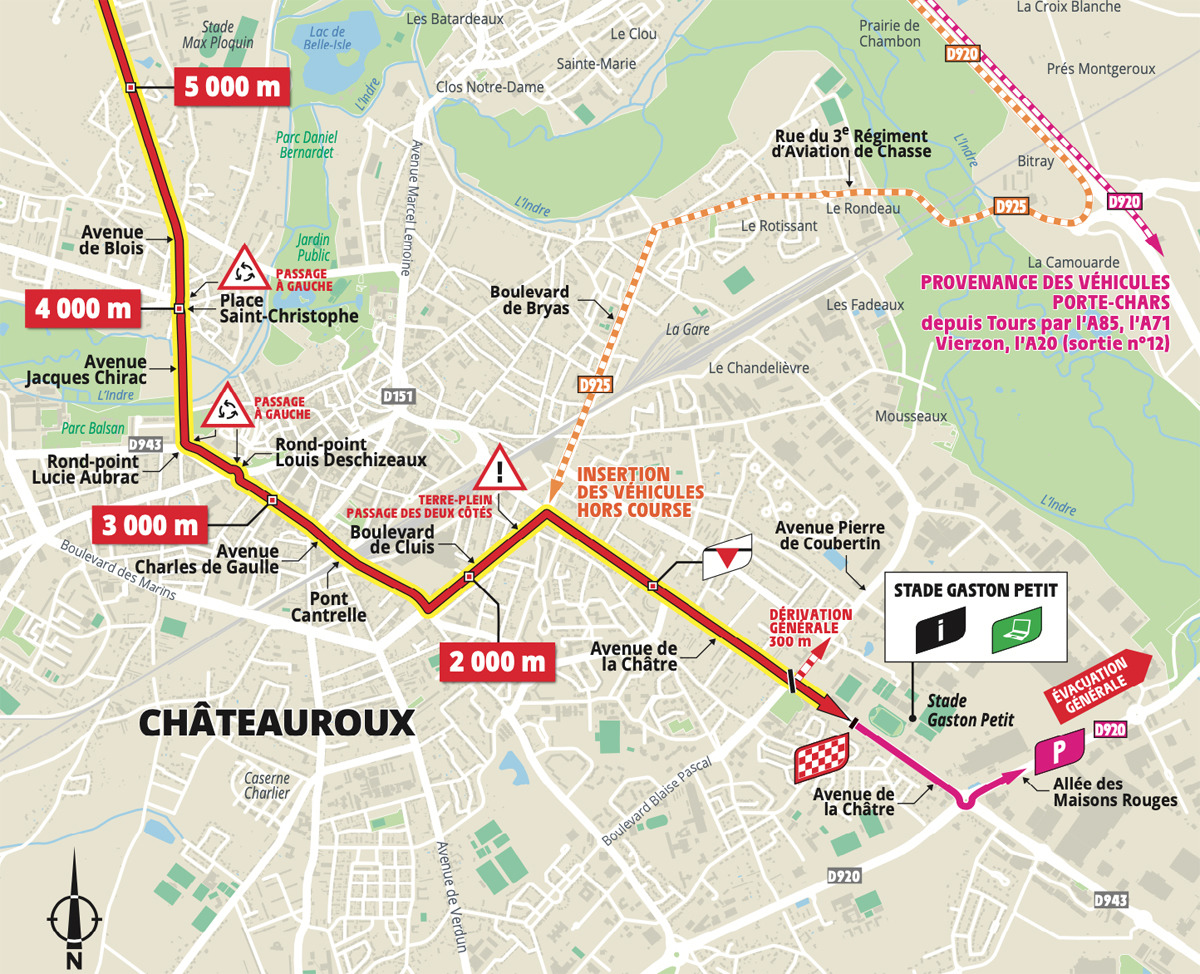 The Finish: Châteauroux is a flat place and there’s a run around the big boulevards. The section around 2.5km to go has a divider in the middle to split the team trains. There’s almost no elevation change but turning onto the finishing straight with 1.5km to go there’s a small slope, we’re talking 1-2% here or there but enough to make some think their legs are hurting or they’re in the wrong gear for a second.

The Contenders: there’s no hierarchy to the sprinters yet. Alpecin-Fenix backed Jasper Philipsen two days ago, so you’d think this time it should be back to Tim Merlier but the Belgian media this morning say it’s Philipsen again. As you must be bored of hearing by now Mark Cavendish (Deceuninck-Quickstep) won his first ever Tour stage here so he can boucler la boucle as they say in French.

Arnaud Démare (Groupama-FDJ) vanished in Fougères. Earlier this year we saw him unable to follow his train in the Tour de La Provence and he could be having the same problems, if so he’s a harder pick. Now the time trial is done, does Wout van Aert (Jumbo-Visma) try?

Weather: an outside chance of rain, 23°C and almost no wind. The terrain here is very exposed so watch out in case the wind picks up but all the forecasts and models predict a calm one.

TV: the finish is forecast for 5.35pm CEST. Tune in for the final hour to see Valençay and the run to the finish.