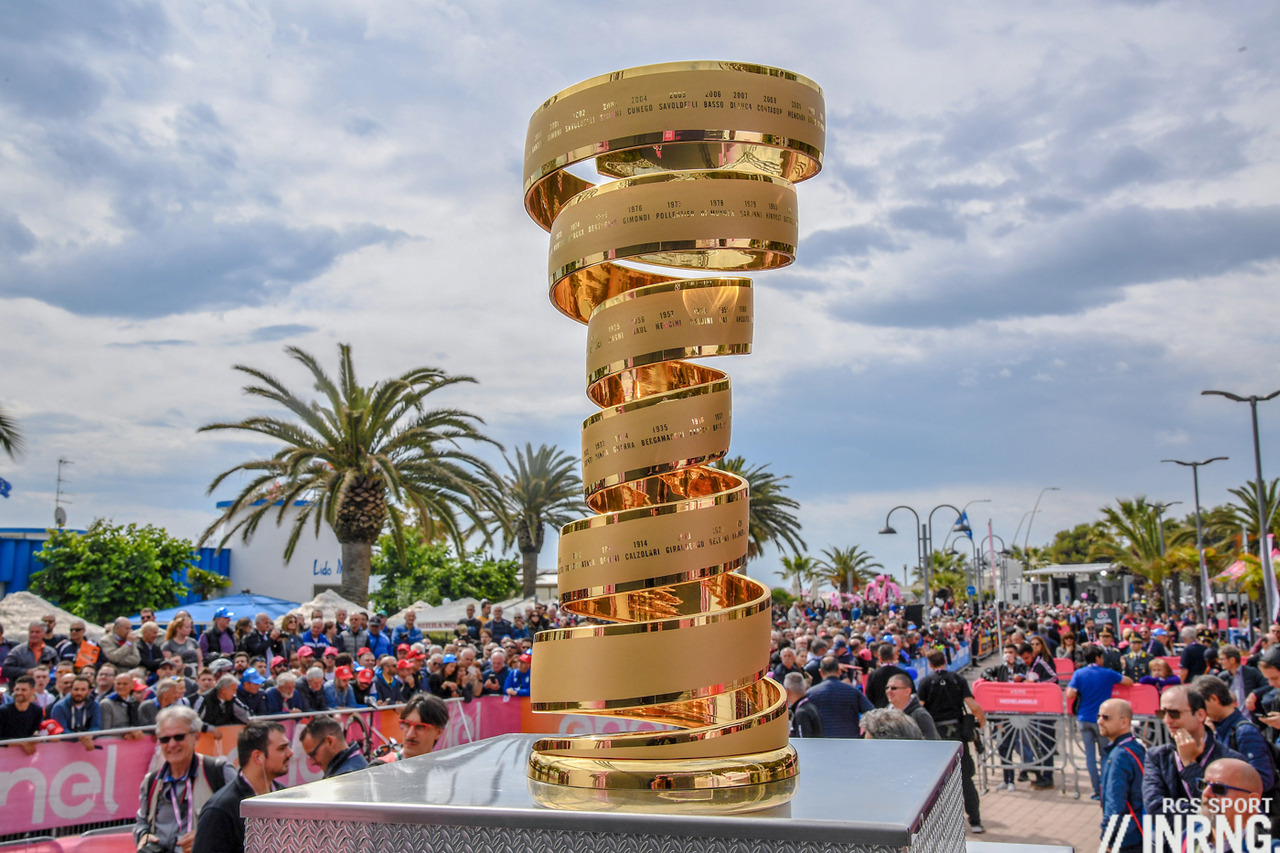 The Giro starts this Saturday. The start has switched from Hungary to Sicily, the date from May to October but arguably the biggest effect is on the startlist, as the Tour de France siphoned off several riders who had been targeting this race. Here’s a look at the contenders for the race and if you want more route details, the rules and more, see inrng.com/giro all month.

Italy is a soft drug peddled in predictable packages, such as hills in the sunset, olive groves, lemon trees, white wine, and raven-haired girls. Italia, on the other hand, is a maze. It’s alluring, but complicated…

That’s journalist Beppe Severigni writing about his country and with the race displaced from May to October this feels firmly like the Giro d’Italia more than a tour of Italy, complete with falling leaves, out-of-season seaside towns, cracked roads, and damp mountain passes that suggest pulling over for dumplings, rather than pulling out a PB.

Route reminder: three time trials totalling 64.7kmm and six summit finishes of varying difficulty. These are the set-piece moments but there are many other stages with steep walls near the finish or sharp uphill ramps to the line where gaps can be created and further widened with 10-6-4 second time bonuses on the finish line. 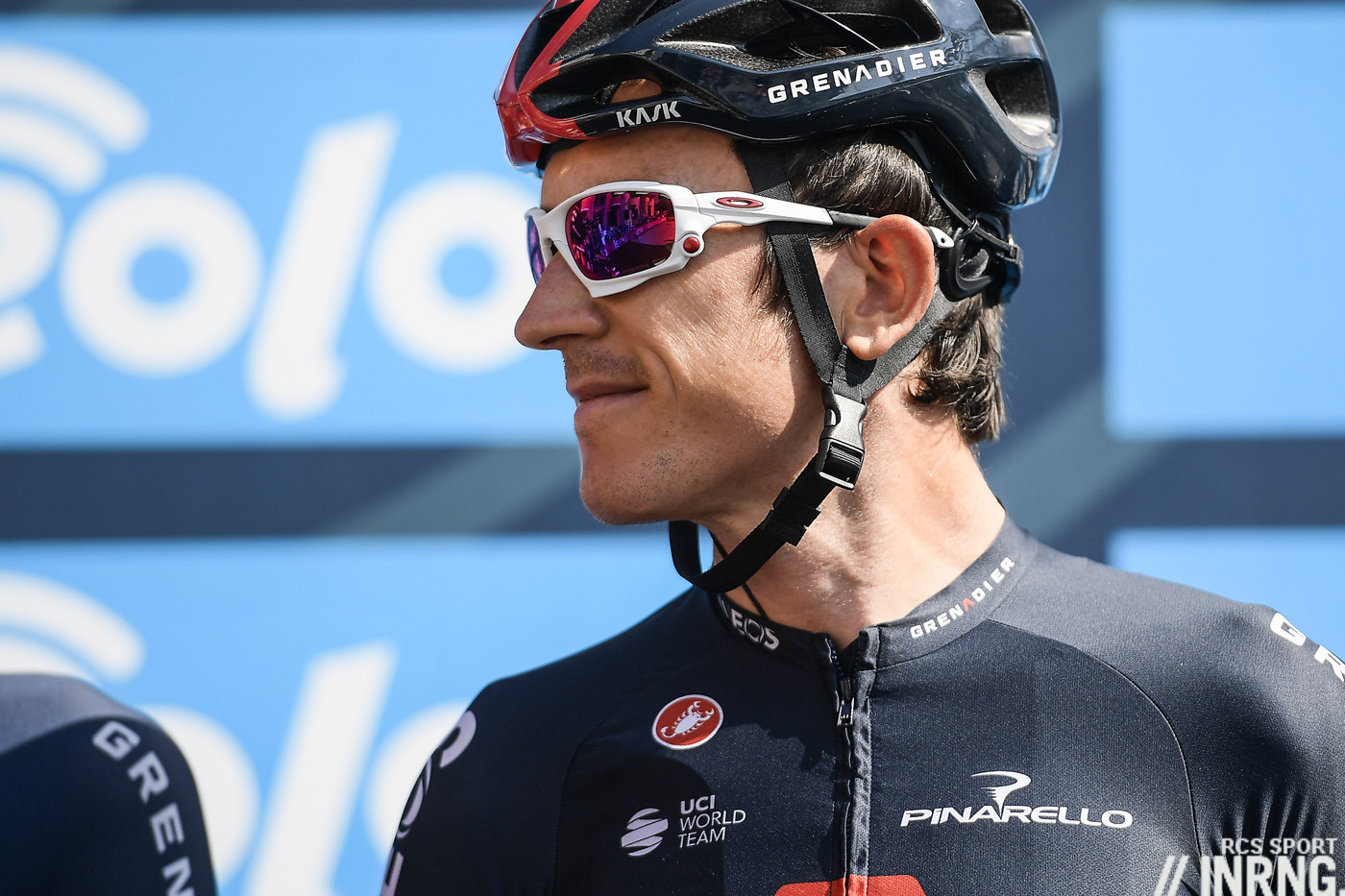 Geraint Thomas made lemonade out of his non-selection for the Tour de France with second place in Tirreno-Adriatico and if the final time trial was 20km instead of 10km he might have won overall. It wasn’t and he didn’t, but he gets three time trials in the Giro now and should normally beat all the riders named below on these days and can match them in the mountains. The question is whether he can hold things together and avoid misfortune. “Ineos bring a strong team” gets trotted out for each grand tour preview but this time it’s different as they’re all in for Thomas, there’s no obvious co-leader and this in turn suits Thomas who’s often taken one for the team when leadership questions arose. Tao Geoghegan Hart could place in the top-10 by riding in support. 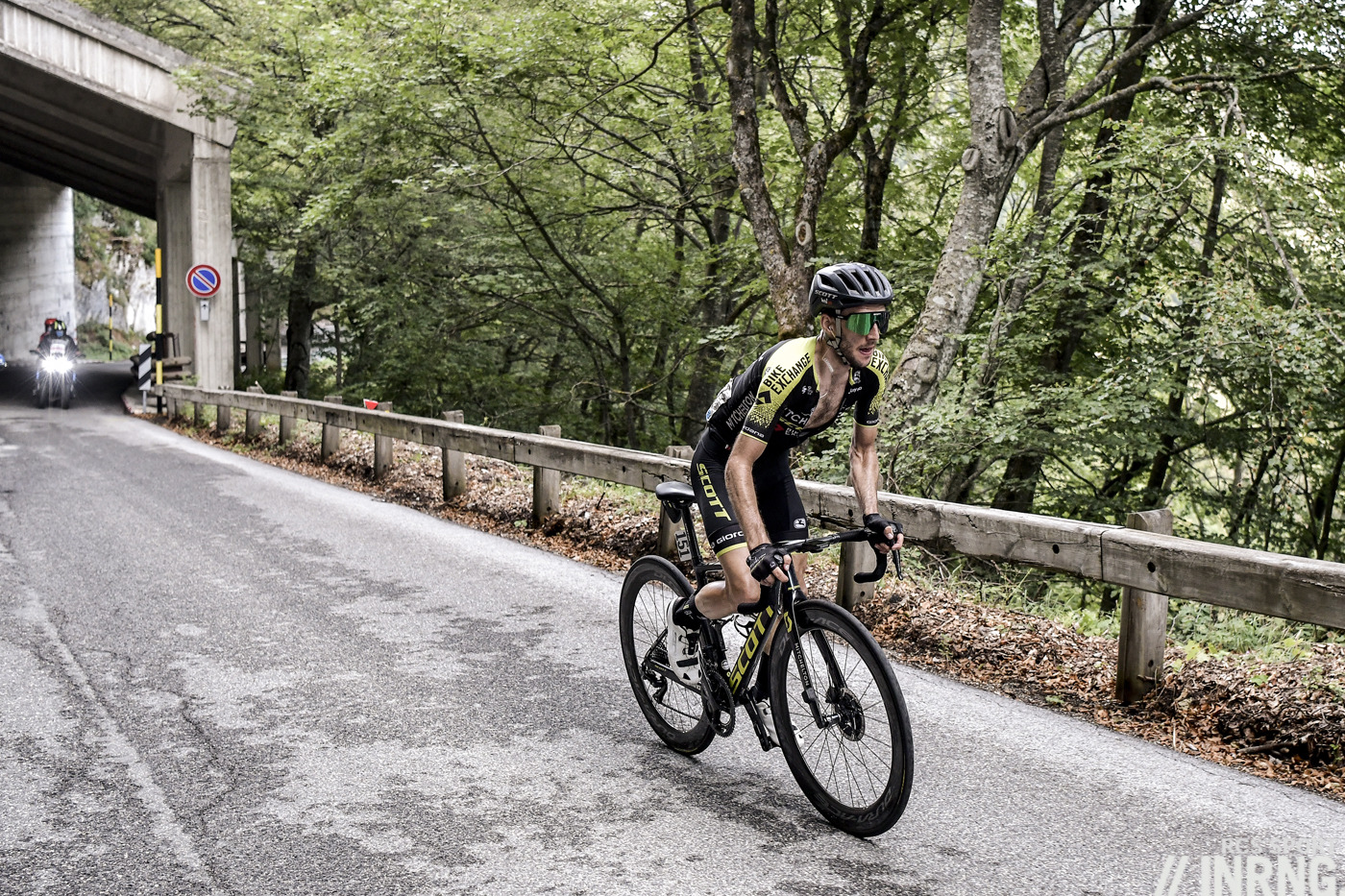 Simon Yates (Mitchelton-Scott) won Tirreno-Adriatico in typical style: he made one attack on the main mountain stage wasn’t seen again by his rivals until the podium ceremony. He’s punchy for stage wins and time bonuses, as we saw in 2018 he can tussle for any kind of uphill finish. He’s good in a time trial too, he even won the TT in Paris-Nice in 2019 but the Giro’s TTs here are harder for him, they’re on big wide roads so it’ll be damage limitation versus Thomas. Up to him to steal time on Thomas early on, all while holding something back to ensure he copes with the final mountain stages, a residual fear from 2018 but soothed by his Vuelta win that year. Mitchelton bring a similar team to Ineos with rouleurs and Jack Haig playing TGH’s role. 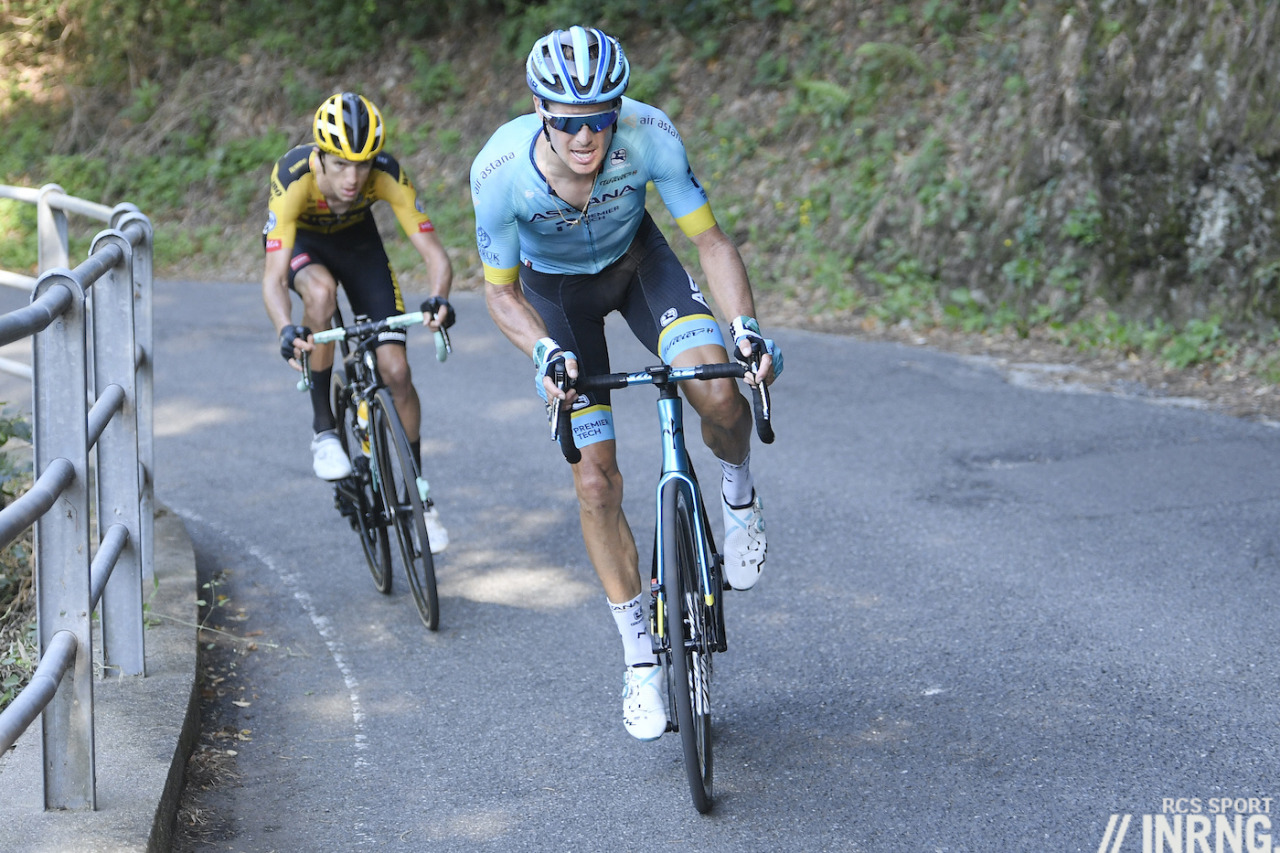 Jacob Fuglsang is a perennial contender who’s ridden 14 grand tours and only cracked the top-10 once. He should make it twice now but can he win or get on the podium? He’s improved as a rider of late but this has translated best into landing one day Monuments and one week stage races. He’s quietly improved in the time trials as well, but this means narrowing his deficit rather than pulling out a winning advantage. Astana though have cards to play with Alexsandr Vlasov as an able deputy in his first grand tour who climbs well and is excellent against the clock, plus Miguel Angel Lopez comes in from the Tour. He was a GC contender last month and we’ll see if he can hold it together for three weeks but this gives Astana options, they can launch mountain raids and pressure teams with one leader. 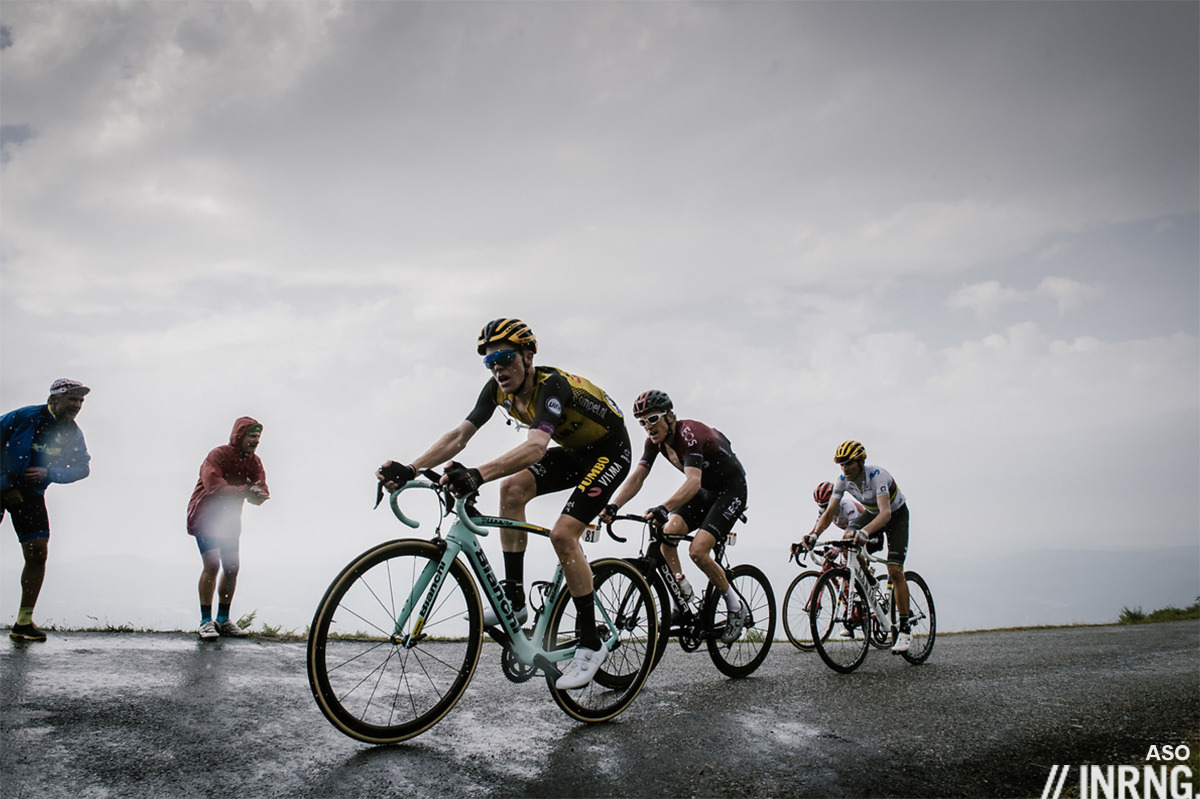 Steven Kruijswijk is back with unfinished business. He’ll climb the Agnello that was his undoing in 2016 but “The Coathanger” has also got the crash from the Dauphiné this year to get over, it put him out of the Tour de France and he hasn’t raced since August. Form is unknown but if he’s at his best he’s a strong climber and good in a time trial but how to beat Thomas in a time trial or Yates on a climb? Jumbo-Visma bring a youth team with Chris Harper and Tobias Foss as riders to watch for the future as well as climbers Antwan Tolhoek and Koen Bouwman, it’s a herd of mountain goats and in contrast to other teams and this could be interesting to watch. 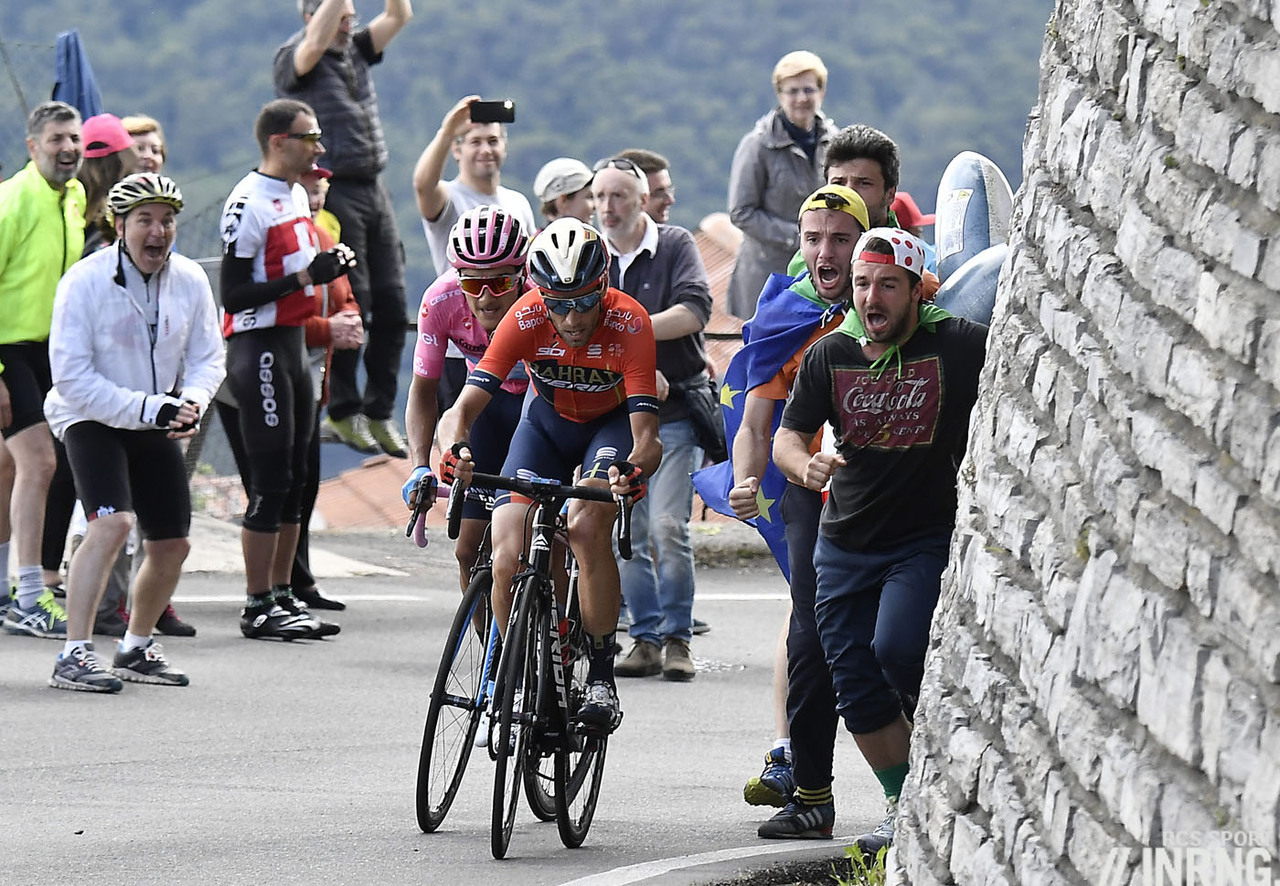 Vincenzo Nibali is the only past winner of the race to start and is now a few weeks short of his 36th birthday. Second last year, his form has been more discreet since resuming racing and all week in Tirreno-Adriatico he never placed higher than 23rd on a stage although watching him vibed training camp rather than target event. This doesn’t invite a strong rating, but he’s often like this pre-Giro only to rustle up a raid or a coup that turns the tables in the third week. This year’s course with three time trials and an early summit finish is tough. Would he sign up today for third place? Maybe not, he’s got nothing to prove and one of the joys of his second place finish last year was the way he drew crowds to the race, if the GC bid fails he can save himself for popular raids in the third week. Team mate Giulio Ciccone can also do well, he’s capable of matching last year’s mountains prize win and a stage but caught coronavirus recently meaning he hasn’t raced for over a month.

Wilco Kelderman (Team Sunweb) is 29 and off to Bora-Hansgrohe next year. He’s excellent in the time trials and good on long climbs, elegant to watch and, mishaps aside, very consistent. But how to outclimb the rest? His steady riding could see him to a top-5 and a podium. 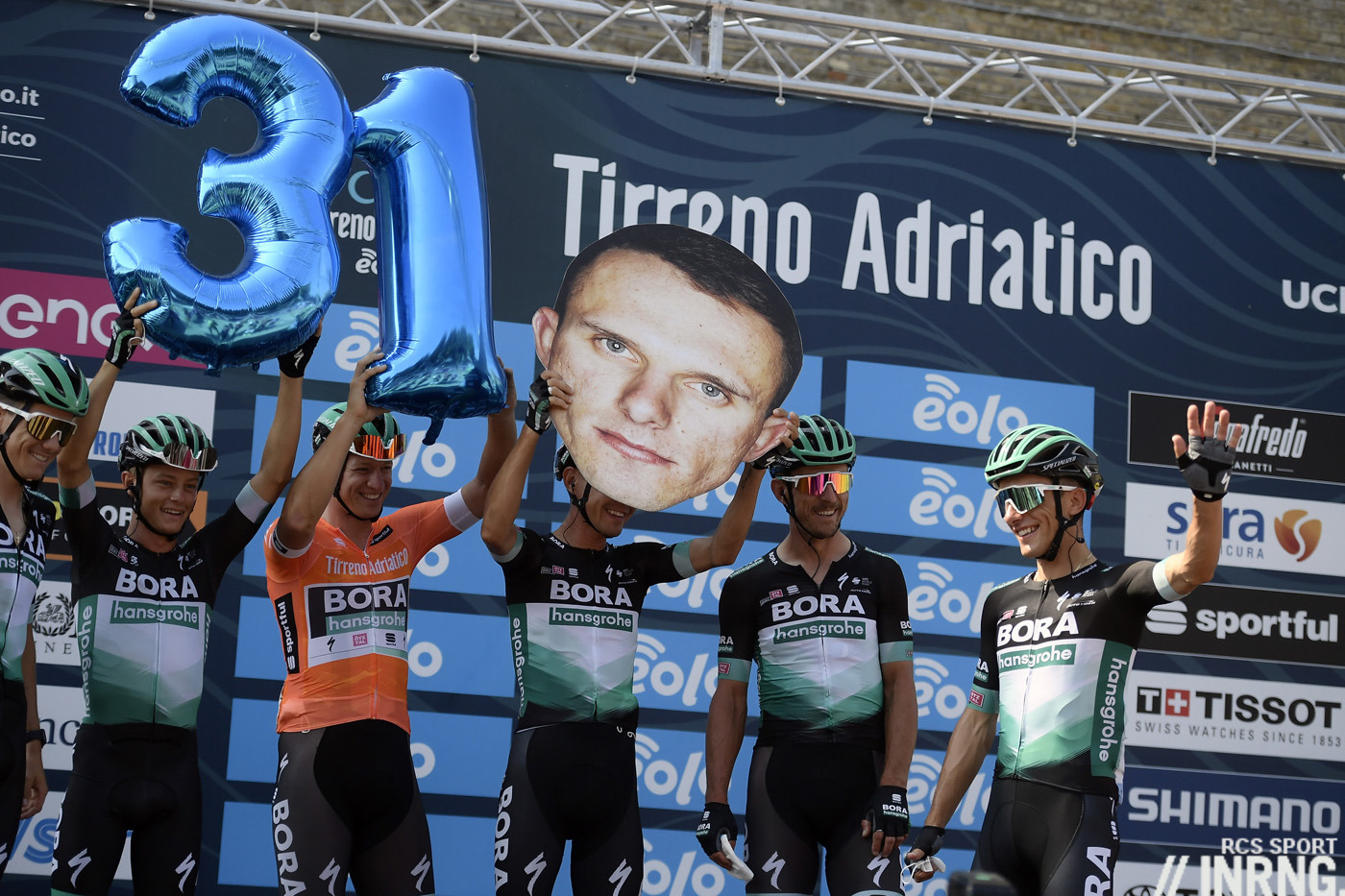 Among the other riders, Rafał Majka (Bora-Hansgrohe) had a great Tirreno-Adriatico but the “Bison of Zegartowice” is a pure climber and struggles in the time trials, if he can hang with Yates and Thomas and snipe a stage win or two it’ll be a success and team mate Patrick Konrad can make the top-10 too with his diesel consistency. Ilnur Zakarin (CCC) almost got on the podium here before but is a long shot for the outright win. Technically not a neo-pro as he rode for a pro conti team before, 22 year old João Almeida (Deceuninck-Quickstep) starts his first grand tour after some good results this summer and James Knox could be up there for the white jersey too. Brandon McNulty (UAE Emirates) is the same age and a good stage race all rounder in the making and someone for American fans to cheer. The white jersey contest could be worth watching as there are more names and some gadfly climbers to enliven the mountain stages. 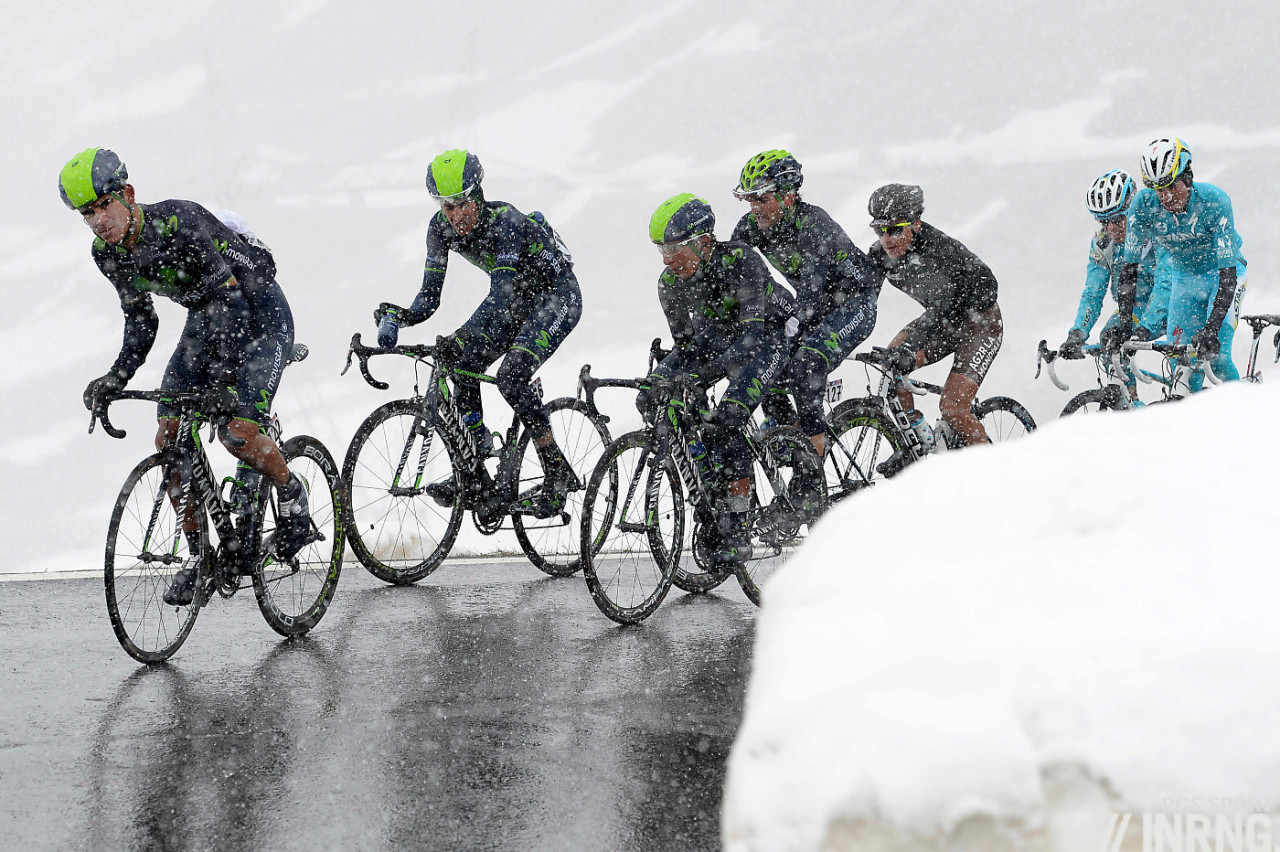 Lastly a word on the weather. The Giro has its fair share of filthy weather, more so than the Tour and Vuelta to the point where snow is part of the race’s legend: think of Charly Gaul on Monte Bondone, Bernard Hinault on the Stelvio, Andy Hampsten on the Gavia and also the cancelled stages and diversions we’ve forgotten. More recently race director Mauro Vegni has sought and got a later slot on the calendar to buy an extra week’s time. Now in October it’s the race of turning leaves… and possibly falling snow. It can snow in the mountains in October, it even snowed last week but while people are quick to post images online of overnight snowfall, often they don’t post the picture of it melting by lunchtime. Unlike May where riders ride past deep banks of snow, this time there’s no waiting blanket of snow in the mountains, instead the risk is fresh snowfall, a dusting rather than a mantle. In short it’s always risky holding the Giro in May and October is on average about the same, riders will need ample rain bags.