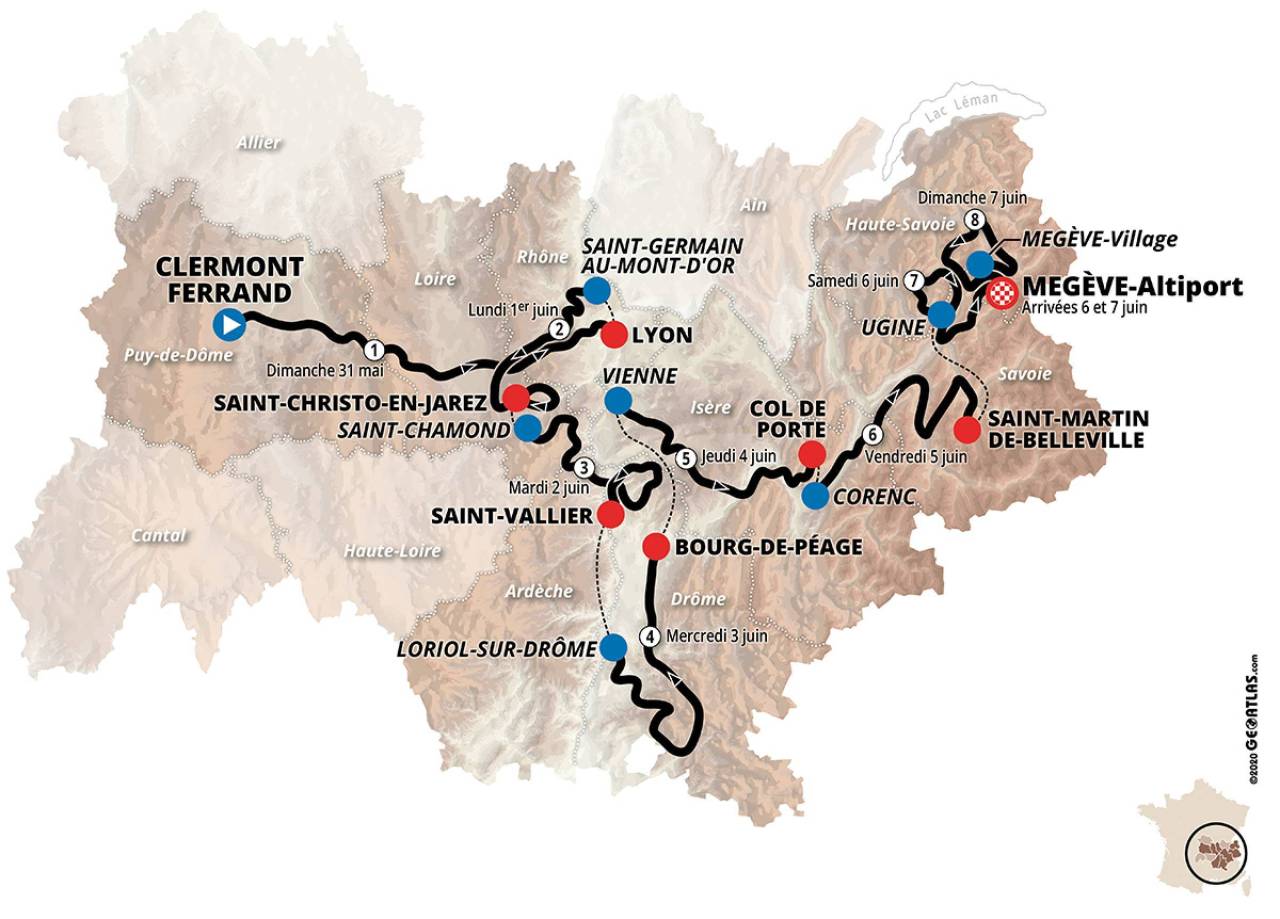 The route for the 2020 Critérium du Dauphiné race (31 May- 7 June) has been unveiled today and for only the second time in the race’s history there’s no time trial. Instead it’s a race of two halves with a flatter first part before four consecutive stages in the Alps with beaucoup climbing. Often a highlight of the year, the route borrows from this summer Tour de France but there are also some “new” climbs.

Stage 1 is interesting as it links two large cities, notably for what is otherwise a rural sport. It’s via the large Col du Béal, once a summit finish scene of a duel between Alberto Contador and Chris Froome. It’s also a copy of Stage 14 of the Tour de France including the two sharp climbs in Lyon before the finish. 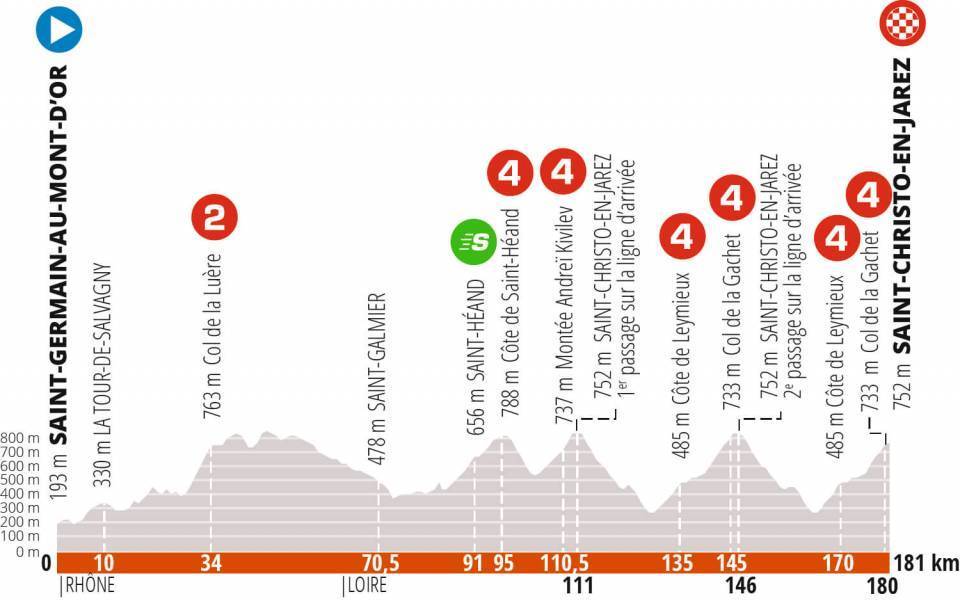 Stage 2 sees the race loop around the scenic monts du lyonnais with a finishing circuit. None of the climbs are hard, they’re typically big ring 4-5% efforts but enough to shed bulkier sprinters.

Stage 3 and it’s still awkward for the sprinters with the climb of Montrebut late in the race, a steep “wall” climb of 12% above the Rhone valley.

Stage 4 is the reward for the sprinters who have decided to start the race with a flat finish in Bourg. 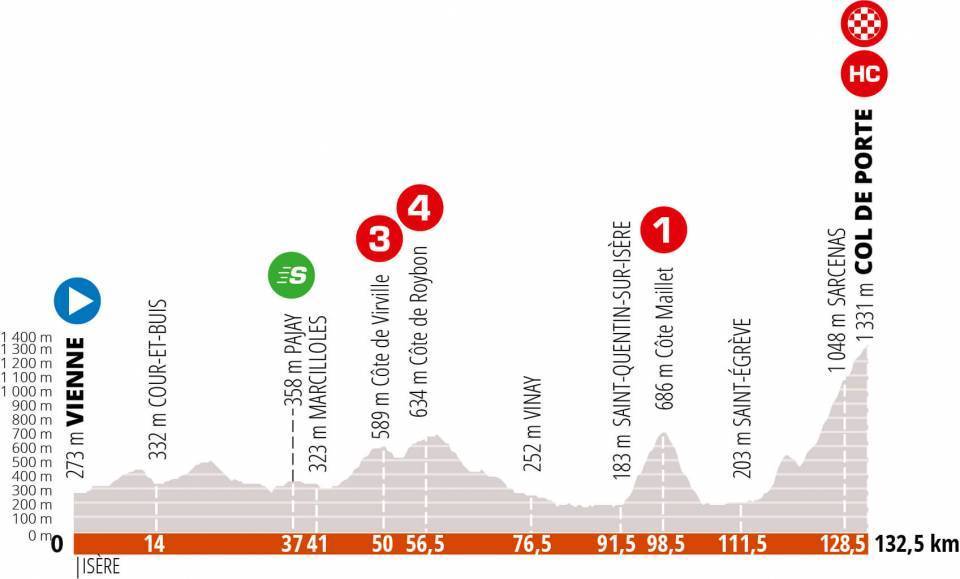 Stage 5 is dominated by the Col de Porte “summit” finish as the race climbs into the Charteuse massif. The Col de Porte isn’t a hard climb but look closely at the profile and you can spot a descent. They’re going up via the Col de Palaquit which has early ramps of 10-12% and an irregular feel and was used in the 2014 Tour de France. After Sarcenas they join the main road and it’s a regular ascent to the pass. 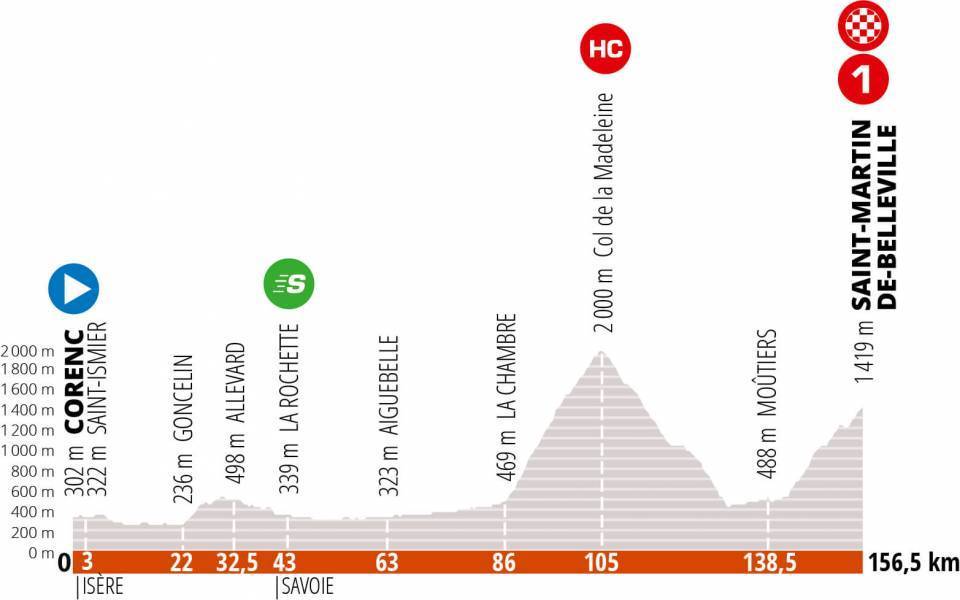 Stage 6 features the mighty Col de la Madeleine and is climbed via the same smaller side route this summer’s Tour de France will use before reaching the pass which as any Alpine pedant should know, is a few metres short of 2,000m above sea level despite the signs. A descent to Moûtiers and then the climb to Saint-Martin-de-Belleville, better known as the road to Val Thorens and the same steep backroad via Planvillard that the Tour de France tackled on its final mountain stage last summer. That day proved an anti-climax but the section to St. Martin was the most selective and dynamic part of the day. 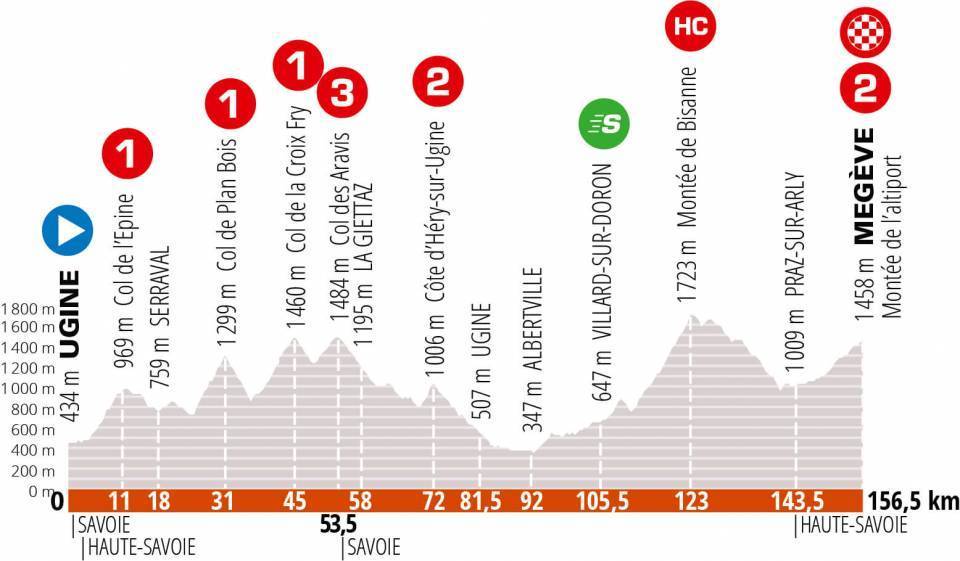 Stage 7 and it’s uphill from the start via the thorny Col de l’Epine and then the Col de Plan Bois which is both scenic and nasty, a place to enjoy the views if you can lift your head up on the steep slopes and possibly never used in a race until now. Then it’s onto more classic climbs like the Croix-Fry and Aravis  before a mid-stage section that’s relatively flat ending with the steep Montée de Bisanne and then the climb to the Megève’s mini airport, a backroad but for the most part a gentle 4%. 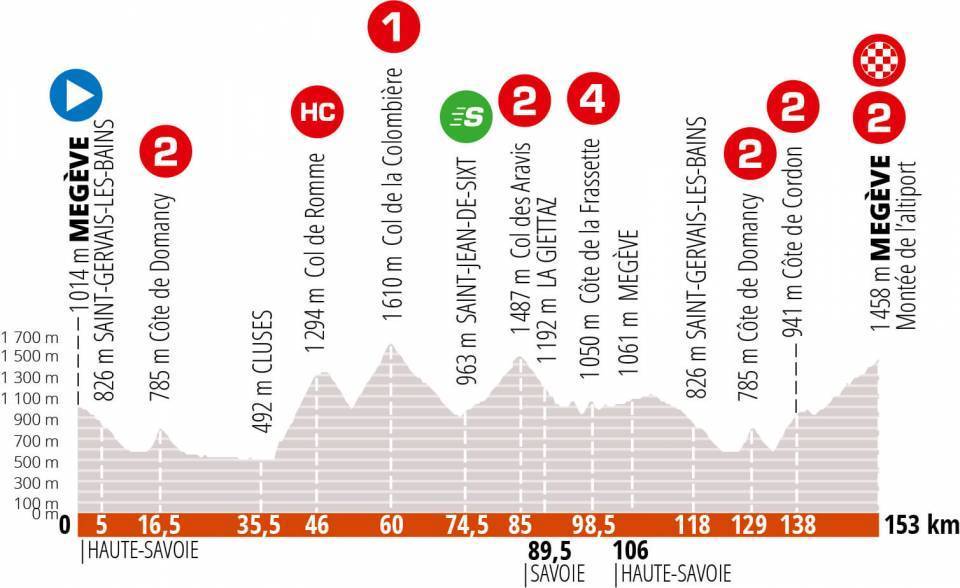 Stage 8 and the same finish as the previous day but a more intense route. It’s a loop around Megève with the Romme-Colombière combo and then the Aravis to return to Megève before a small loop via the two climbs of Domancy – famous as the circuit for the Worlds once – and Cordon, a new scenic side road, before the same road to the airport. 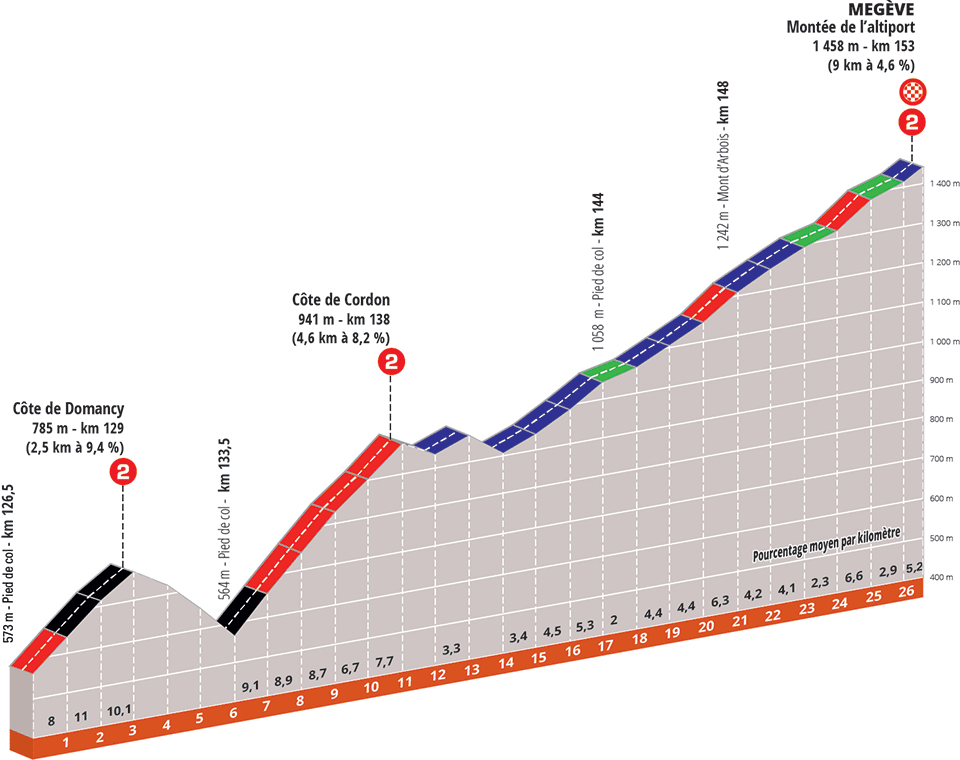 The Verdict: there’s no time trial, apparently the only other time this happened was the first edition of the race in 1947. The first four stages are for versatile sprinters and punchy riders and then the final four are for the climbers and GC contenders. There was talk of including the Col de la Loze as a dress rehearsal in the local press but roadworks in the area during June means the ski resort of Megève has snapped up the whole final weekend. On paper the first two summit finishes look like standard fare but they’re harder than they look because they take back roads to make things steeper and more irregular. The final weekend’s stages are packed with the climbing but the risk is the repeat of the same relatively gentle final climb keeps a lid on things, teams with strong mountain trains can control the race here but those wanting to avoid this scenario can exploit the short distances and lively climbs. It’s much hillier and harder than last year’s race which fell a bit flat.