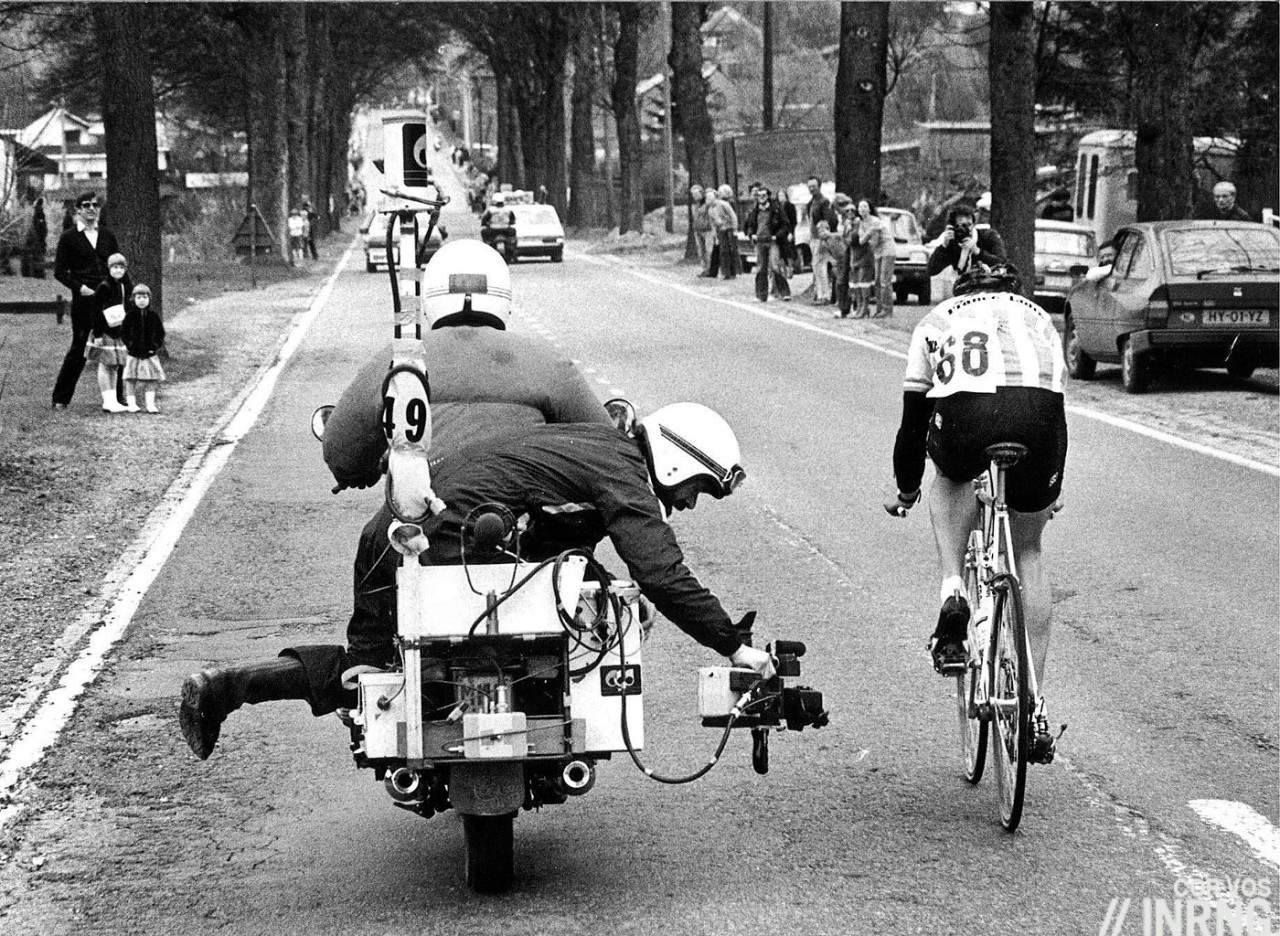 There are so many races all of a sudden and many on TV. With a VPN your browser can hop around the world allowing you to watch races in Colombia, France and Italy in the space of a few hours. Whether you need to is another matter but there’s now a huge choice and so far the quality has been good, the Tour Colombia’s TV coverage was an improvement on last year.

The European Broadcast Union has renewed its deal with ASO to show the usual races on TV in Europe and beyond. Brexit Brits need not worry as the EBU is not part of the EU and has members channels in Algeria, Belarus and Switzerland. Without knowing the price paid, the main story is one of continuity with the addition of the women’s Flèche Wallonne and Liège-Bastogne-Liège too.

Flèche Wallonne and Liège-Bastogne-Liège have long been the preserve of Alejandro Valverde and there have been a few versions of “Valverde is getting old, he wasn’t won a race this season” doing the rounds. But it’s normal, we’re only 49 days into the new year and after his ban it’s been common for him not to win by now. The chart shows how many days into the new year he’s taken his first win and the red line marks today. The test is whether he can win in the coming days, the Ruta del Sol is where he’s often got his first win.

Will Valverde win this week? You could place a bet but the UCI has moved to tighten up the betting regulations this year. New rules mean that betting sponsors have to abstain from offering bets on races where their team takes part if they are directly in control of the team or event, ie Circus from Circus Wanty Gobert and Bingoal from the Bingoal-Wallonie Bruxelles teams could be are concerned but can probably demonstrate that the sponsor’s bookmaking is at arm’s (leg’s?) length from the team. Then if these sponsors they do want to offer bets it has to be on classic things like the winner, a podium etc. They can’t offer odds on who might finish 100th or last etc because this could be easier to fake and manipulate. Such bets can still be offered by bookmakers, but not if they sponsor a team, a race etc.

Only one World Tour team has yet to win so far this season: CCC. They’ve been likely candidates for this given the lack of prolific winners and their calendar but it’s still not a big deal. It gets more stressful if it’s like this by April and it wasn’t that long ago that Ag2r La Mondiale didn’t win a single race until late May in the Tour of California. UAE top the table with ten wins, already more than Sunweb, CCC, Dimension Data and Katusha-Alpecin won in all of 2019 and habitual table-toppers Deceuninck-Quickstep are second on eighth, as are EF Education First.

One team pleased with a win is Arkéa-Samsic thanks to Nairo Quintana in the Tour de la Provence. Is he back to being a Tour de France contender? It’s too early to say but his win is all we’ve got to go on, plus a strong ride in the Colombian TT championships. It just makes July potentially more exciting.

Onto more certain ground, literally. It’s official, the Poggio is part of the Milan-Sanremo route putting to bed a story that refused to go away. There was storm damage last December but the road was reopened soon after, apparently initial measures of the damage were over-stated leading to a brief panic and headlines on slow news days despite the Poggio being open to all traffic as usual.

As mentioned the other day here, Ag2r La Mondiale have 18 riders with their contracts up for renewal including leaders Oliver Naesen and Romain Bardet. Naesen’s already being cited in the Belgian press about a move with CCC mentioned and concerns over the Ag2r Eddy Merckx team bikes, this time last year they were on rebadged Ridleys (Ridley now owns the Merckx brand).

Wanda Sports could be putting Ironman, the triathlon business, up for sale. The significance for cycling is that Wanda started buying up cycling assets like Infront, the owner of the Tour de Suisse, launched the Tour of Guangxi and doing a deal with the UCI. Owner Wang Jianlin, a Chinese billionaire, even looked at buying the Tour de France and Giro d’Italia but was politely rebuffed. Wanda then put all its sports assets into one company called Wanda Sports Group and floated this on the NASDAQ stockmarket but the company value has almost halved since with fears over its debt burden. Selling Ironman would be unloading its prime asset and marks a big retreat.

Someone who has been acquiring assets seems to be Juan Miguel Mercado, a double Tour de France stage winner and winner of the Tour of Catalonia in the 2000s. Only the assets were smaller and crucially, police say he acquired them illegally. Local newspaper reports say Mercado has been on a burglary spree in his home region of Granada, Spain. He’s not the first ex-pro to turn to crime, just the latest example.

Finally a reminder if you want a calendar of all the pro races for your phone or diary, see inrng.com/calendar.