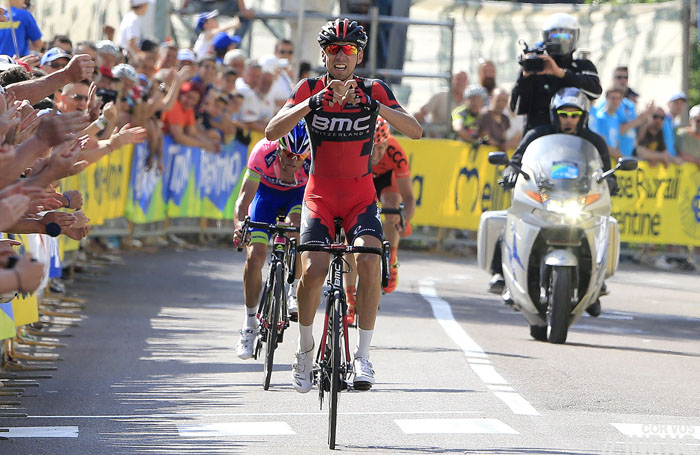 Here are the answers to the Christmas quiz. A lot of the questions were set to raise issues and make suggestions, for example pointing out there’s no minimum wage for the Women’s World Tour, that junior riders should be doing cyclo-cross ahead of the road or that almost nobody gets eliminated by the time cut in a grand tour these days or how the Giro’s fair play prize ought to be celebrated more.

2: Name the (sometimes) helper dressed in green(edge) kit below. Gracie Elvin, a weak attempt to crowbar an elf theme into the opening questions. 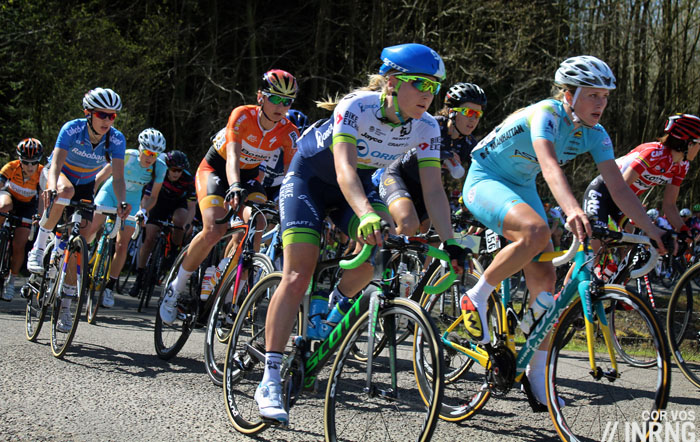 That Was The Year That Was
3: Which team won the Giro d’Italia’s “fair play” award for the fewest fines and penalties accumulated during the race? Lotto-Jumbo. This prize ought to be issued by the Tour and Vuelta too and the winning team given more publicity for it.

4: Slow: who finished as lanterne rouge in the Tour de France? Sam Bennett of Bora-Argon 18. As ever the slowest rider in the Tour is often the one who faced some of the hardest battles, often against their own injuries. 5: Name the one day race that saw a significant diversion to its route because of a landslide on the day of the event? Milan-Sanremo detoured onto the autostrada this year. It didn’t affect the race but a reminder of how the sport’s outdoor nature can pose problems. It was an achievement for the race and the authorities to briefly close the highway so that the race could borrow the road.

6: What was the biggest winning margin for the overall classification in a grand tour? Chris Froome was 4m05s ahead of Romain Bardet. His won was so dominant it seems to be sending a range of riders to do the Giro d’Italia instead. 7: Chris Froome famously ran up Mont Ventoux. Name a rider who won a World Tour race by walking their bike across the line. Diego Rosa at the Tour of the Basque Country or Tim Wellens at the Giro d’Italia (pictured). 8: What’s Nacer Bouhanni’s victory celebration about? He was commemorating the death of Muhammed Ali after a combative sprint.

9: Which pro cyclist took the most wins in 2016? Timothy Dupont of the Verandas Willems team with 15 wins, one more than Peter Sagan.

Whose Legs Are Those? 10 and 11: Name the owners of these legs in the photos above and the photo below. Peter Sagan of course, a bit obvious but a reminder of how he was attracting attention earlier in the year with this and his Grease parody dance instead of actually winning races. Below it’s Carlos Betancur who rode with Movistar this year and managed two wins despite being visibly overweight again; just as he famously outsprinted John Degenkolb in 2014 despite overweight too. He looks slimmer in his 2017 team photos. 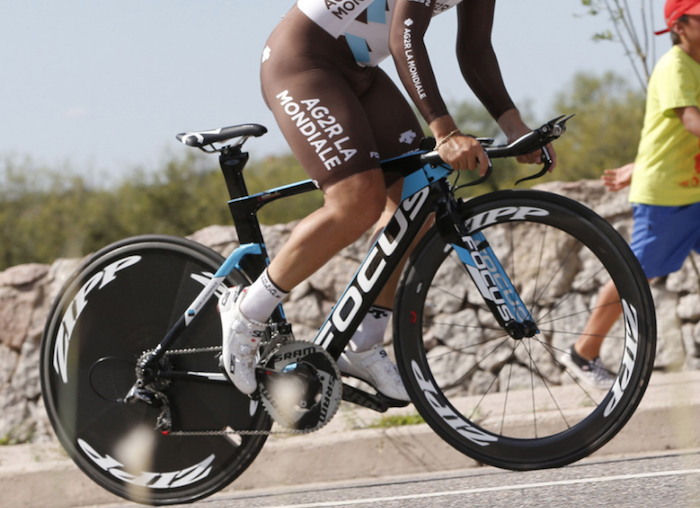 In the moonlight
12: Ag2r La Mondiale’s capitaine de route Samuel Dumoulin launched a new business venture this year. Doing what? He’s opened a bakery with his brother on the edge of Chambéry in the French Alps, reportedly it’s on the same road used for the 1989 World Championships won by Greg LeMond.

13: Giant-Alpecin’s Max Walsheid and BMC Racing’s Floris Gerts both wanted to do something else before turning pro. What? They were both medical students before becoming pro cyclists.

14: Name a pro cyclist who has worked as a police officer. Tony Martin, John Degenkolb and other Germans have been part of the country’s sports system which places them with the police. The same for Italy’s Tatiana Guderzo. 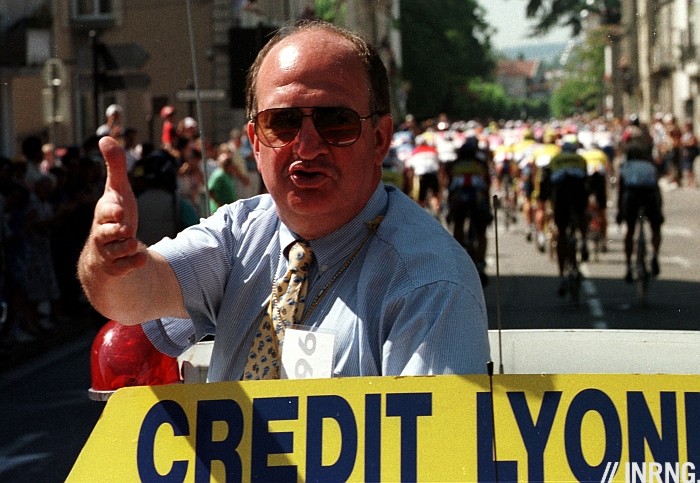 UCI Commissaire
15: Can a pro team change its clothing design for the second half of the season? No, the rules say then can only change their team kit for one race a year. So a team can have a special jersey for the Tour de France but are meant to revert to the normal kit afterwards. Lotto-Soudal briefly rode as Lotto-FixAll for Paris-Nice this year complete with blue kit.

17: What’s the minimum wage for a women’s World Tour rider? There isn’t one. The World Tour is the calendar of women’s races but the rulebook doesn’t have the special provisions for salary, contracts and more that the men enjoy.

18: When was the last time a rider finished outside the time limit in the Tour de France and was disqualified? Alexander Porsev, rider number 25, in the 2014 Tour de France was 34 seconds outside the time cut and eliminated as the bulletin above shows. Trivia aside the point is that very few riders are ever eliminated by the race organisers, as we’ve seen again and again there’s “safety in numbers” for a large group to finish outside the time cut but to remain in the race. This was especially apparent in the Vuelta this year. Don’t be surprised if race organisers get draconian on the time cuts, this is up to them and not a UCI rule. 19 and 20: Name the snaking climb above; and the road below that’s so steep following cars are not allowed up. The Lacets de Montvernier for the poetic, the Col de Chaussy for the sticklers. It’s fun but looks more amazing from afar in a photo like this than it does to ride it. The other is Monte Zoncolan, so steep team cars are not allowed up and so they use motorbikes… which have caught fire here too. 21: Name three British Tour de France stage winners who were born outside Britain. David Millar, Bradley Wiggins, Mark Cavendish and Chris Froome will do. It’s a statistical curiosity that so many British cyclists were born or spent their childhood outside the British mainland, think Michael Wright or Dan McLay too.

22: What was the highest summit finish in the World Tour this year? Stage 7 of the Tour de Suisse finished by the Rettenbach Glacier above Sölden in Austria at 2,700m above sea level. Tejay van Garderen won the stage.

Tech
23: Which World Tour team has the heaviest road frames? Team Sky with their Pinarellos and they use Shimano Dura-Ace, the heaviest groupset among of the three main manufacturers. An oddity for a team so apparently obsessed with performance gains and weight-saving from their riders, no? But if the frames are heavier there’s some quality given they have threaded bottom bracket shells.

24: Which pro team has team cars with hybrid (combustion/electric) engines? Direct Energie uses Toyota cars, a nice link between the car supplier and the main sponsor which is a supplier of electricity.

25: On-board cameras are becoming a thing. Are they included when weighing a bike to check compliance with the UCI’s rule on the minimum weight of 6.8kg of the machine? They are now because cameras have to be bolted to the bike and cannot be removed during the race.

Business and Money
26: According to their last published accounts, who has the the bigger budget: Team Sky or the sport’s governing body the UCI? Team Sky with GBP 24.4 million versus the UCI on CHF 34 million which converted to GBP 22 million a year ago.

27, 28, and 29: What line of work is Drapac in? What does Soudal make? What does the Jumbo in Lotto-Jumbo do? Drapac is a US real estate business founded by Australian Michael Drapac. Soudal does building supplies like adhesives and grouting. Jumbo is a supermarket in the Netherlands.

Christmas Past and History 31: Lucien Bluyau died this year. He was famous in the peloton for handing up drinks to the riders but he’d been a pro in his time. Name a race he won. The amateur Tour of Belgium.

33: The Tour de France has the yellow jersey, the Giro d’Italia has the pink jersey. Name three colours used for Vuelta a España leaders jersey over the years. Yellow, red and gold jerseys have been used.

34: Alberto Contador’s most recent stage win in the Tour de France was in which year? 2010, even his disqualified win in 2011 saw him finish first in Paris but without a stage win. For such a dynamic, aggressive rider long-labelled the best stage racer of his generation his record in the Tour has been quiet of late. 35: Name the 1980s rider featured in this mural which was unveiled in Sallanches, France this year? It’s Laurent Fignon, ironic because the town spent the summer celebrating Bernard Hinault and his 1980 Worlds win there.

Family Gathering
36: Like father, like son: name a current male pro cyclist whose father was a pro cyclist. Plenty of choices available. A lot of an athletes inheritance is via maternal DNA but some genetic ability does come from the father, as does cultural conditioning as they grow up in a sporting household.

37: Like father, like daughter: name a current female pro cyclist whose father was a pro cyclist. Roxane Knetemann is one pick.

38: Like father like grandson: name a current pro cyclist who is the third generation of professional cyclists in their family. I set this question thinking of Valerio Conti who won a stage of the Vuelta last year, his father was a pro and his grandfather was a team mate of Fausto Coppi but the Zabel family works with Detlef, Erik and Rick. 39: Which the Tour de France podium finisher is that strutting about on a celebrity dancing TV show? Raimondas Rumsas who finished on the podium of the Tour de France but may be remembered more for the story about his wife and a car full of banned substances and her claim she was on a mercy mission for a sick relative. His son, also named Raimondas, is winning races these days. 40: Who’s this rider showing some air? Julien Alaphilippe who not only races well but has the kind of acrobatic skills that Peter Sagan enjoys too. It looks fun and there’s a serious point to make: the best way to becoming a complete road rider might begin by starting out with cyclo-cross or MTB races because of the techniques you learn.