A power and politics edition below with on-board bike cams and the weight limits, handling data on TV, politics in France and Italy, snails, beetroot and more…

UCI tweaks weight rules
The UCI has changed rule 1.3.024 to allow on-board bike cameras and telemetry boxes to be considered part of the bike. This implies that the camera and mounting bracket can now be added to lightweight bike to achieve the 6.8kg minimum weight. It’s conditional on it being “non-removable” meaning the camera has to fixed to the bike much in the same way the stem or a bottle cage is. Crucially it means there’s no weight penalty for a rider tasked with a camera for the day, if a team has a light bike that needed to have weights added to make the 6.8kg minimum weight now the camera or telemetry box can be bolted on to help achieve this. There’s still going to a small aero penalty. How long until wind-tunnel tested aero cameras?

Tour de Suisse data
The weight penalty matters for the mountainous Tour de Suisse. Here we’ll see live data transmission and apparently there will be an app out too so you can have your TV with Swiss scenery and your phone downloading data. It’s a technical achievement but not a first, the broadcast of live power data goes back as far as the 1980s. Surely the big test isn’t beaming the stats but their use and interpretation? Most of the TV audience aren’t cyclists, let alone use heart rate or power data. It means only a subset of the audience knows what’s what with the wattages. So it’ll be interesting to see how the data are communicated and the education work involved. 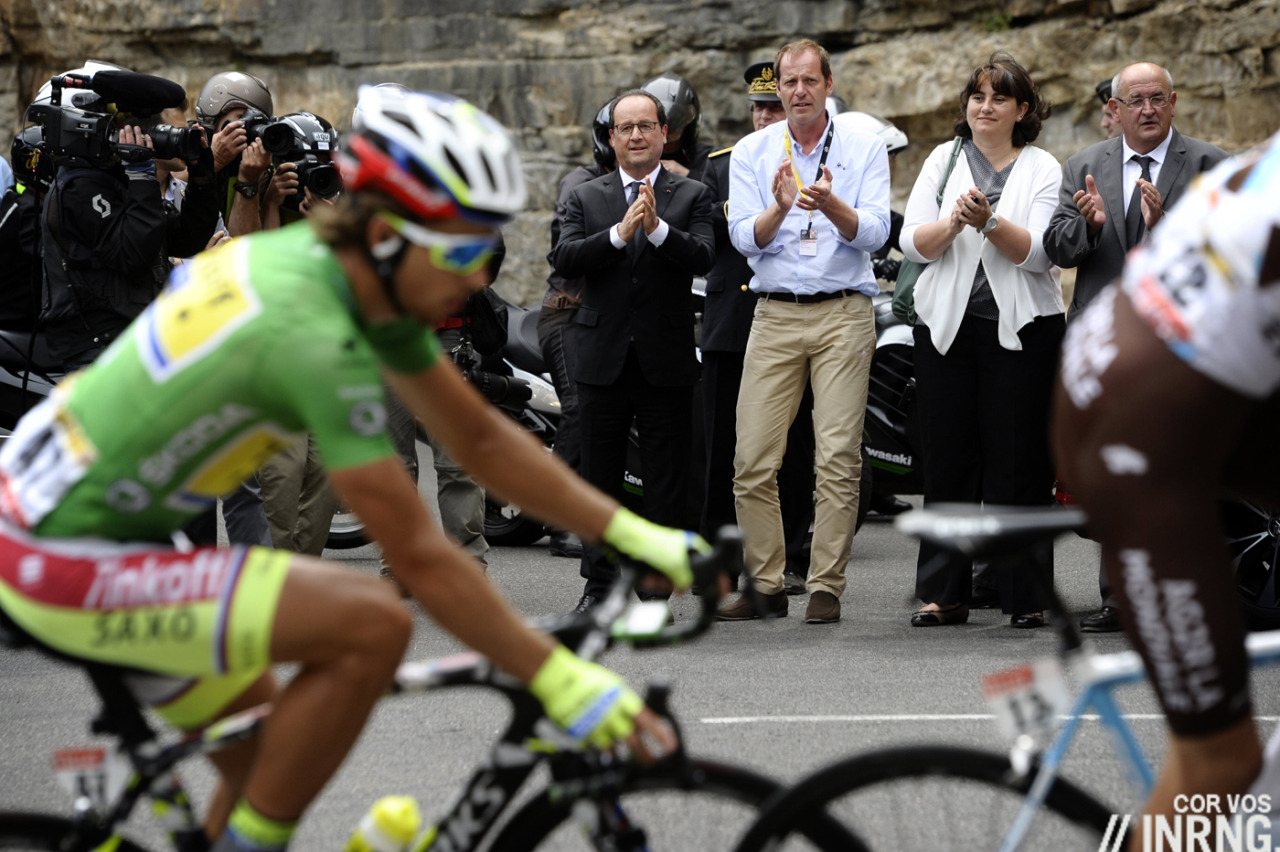 Where are the politicians?
From exercising with power to the exercise of power. One staple of many big bike races is the queue of politicians looking to join in, whether the Tour de France (pictured) or the Tour of Flanders. But the Giro? Nobody came as Italian website cyclingpro.it mentions. The King visited in the Netherlands but once in Italy there was nobody. Instead there were just a slew of tweets once Nibali had won, for example Italian premier Matteo Renzi:

This feels like jumping on a bandwagon once it’s arrived. Readers may be delighted to have an event free from politicians but it speaks to the race’s stance as an institution and a popular fixture. Hopefully the 100th edition next year attracts more. Is there a bigger sponsor of cycling than Škoda? The “Škoda Tour of Luxembourg” is on this week and the VW group’s brand supply vehicles and sponsorship for range of races from the Tour de France down across Europe. Fitting as the Czech manufacturer began as a bicycle maker. They’re one of those sponsors who back the sport but won’t touch a team, they pulled out plans to back the Swiss Pro Conti Team Roth over the winter. When people think “who is the most powerful person in cycling” surely the Škoda marketing manager has to be near the top of the list for the money they drop on the sport. It also shows the audience demographic for cycling in continental Europe, vs Lexus cars at the Tour of California or Maserati in the UK, a topic covered before in A Tale of Two Cars.

Fuel
Talking of cars and politics, readers have asked if it’ll be ok to visit the Tour de France given news of fuel shortages and transport strikes. The images of strikes and fuel shortages are dramatic but, like the floods currently afflicting France, local. Just this morning an air transport strike has been called off. The stoppages are part of a ritual negotiation process and like the floods it should all be gone by July. If not, bring your bike.

Vegni’s sore point
Who knows if Giro race director Mauro Vegni wants more politicians? One thing he does want is more riders finishing rather than pulling out saying they’ve got to prep for the Tour de France. In an interview with La Gazzetta Dello Sport he said he could never have dreamed of such a finish of the race with the Italian national champion winning and the suspense of the final weekend. Asked if he had any negatives it was the exodus of riders from the Giro to prepare for the Tour de France and he’s written to UCI President Brian Cookson asking for something to be done. But what can be done? Already there’s a rule (2.6.026) that says if you quit a stage race you cannot normally resume racing again until that stage race is over but Vegni seems to want more. This is difficult and could encourage a sprinter or his team to pull out citing, say, a vague “knee injury” or “fatigue” rather than being straight with people. 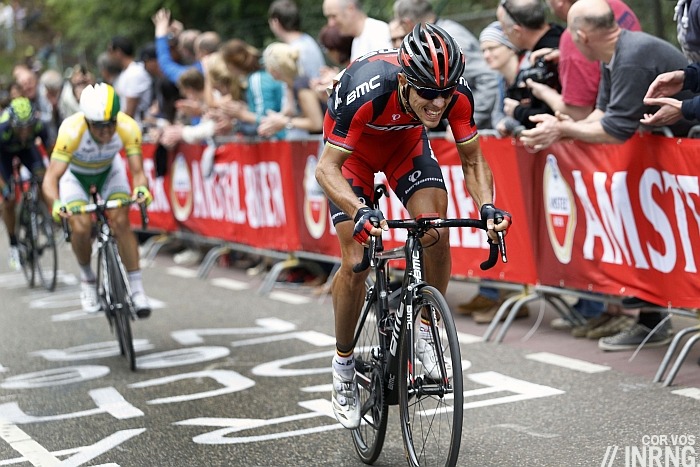 So far lots of serious stuff so a few random and lighter things: