The Critérium du Dauphiné has delivered some of the best racing in recent years, a fine race in its own right while the Tour de France looms large and adds to the intrigue. There’s the prospect of a battle between Chris Froome and Alberto Contador and behind them is a long list of riders in need of a win.

Here’s a look at the overall contenders for the race which begins on Sunday. There will be daily stage previews here during the race.

Route reminder
The prologue is novel, just 3.9 kilometres but savagely uphill, a lung buster reserved for the climbers. Stages 1 and 4 are for the sprinters and unlikely to impact the overall classification. Stage 2 has a long, draggy uphill finish that will thwart most of the sprinters but should see a sizeable group come into sprint for the finish. Stage 3 has a very sharp climb late in the day to create suspense, again enough to condemn the sprinters but not big enough to tempt the main GC riders into wild moves. Stages 5, 6 and 7 are all summit finishes in different configurations but with relatively short distances, for example Stage 6 above is 141km. A lot of the climbs are steadier, 6% rather than the 8-10% you saw in the Giro. The prototype rider is a climber with a punchy finish for the time bonuses with 10-6-4 seconds at the finish line for Stages 1-7. Chris Froome is the default pick. He’s won this race twice and each victory has been followed by success in the Tour de France so he’s bound to be back for more. A win would would set him and his team at ease, he took the Herald Sun Tour in February and a consolatory stage win in Romandie after a mechanical saw him distanced from the front group. Mikel Landa rides too, presumably his Giro stomach troubles went as quickly as they came and he’ll make a strong double act. As ever Team Sky come with a packed roster with Wout Poels and Sergio Henao very capable in the mountains and possible alternatives for the GC too. It’ll be interesting to see what Michał Kwiatkowski does, has he found his climbing legs or is, say, Stage 2 ideal for him? 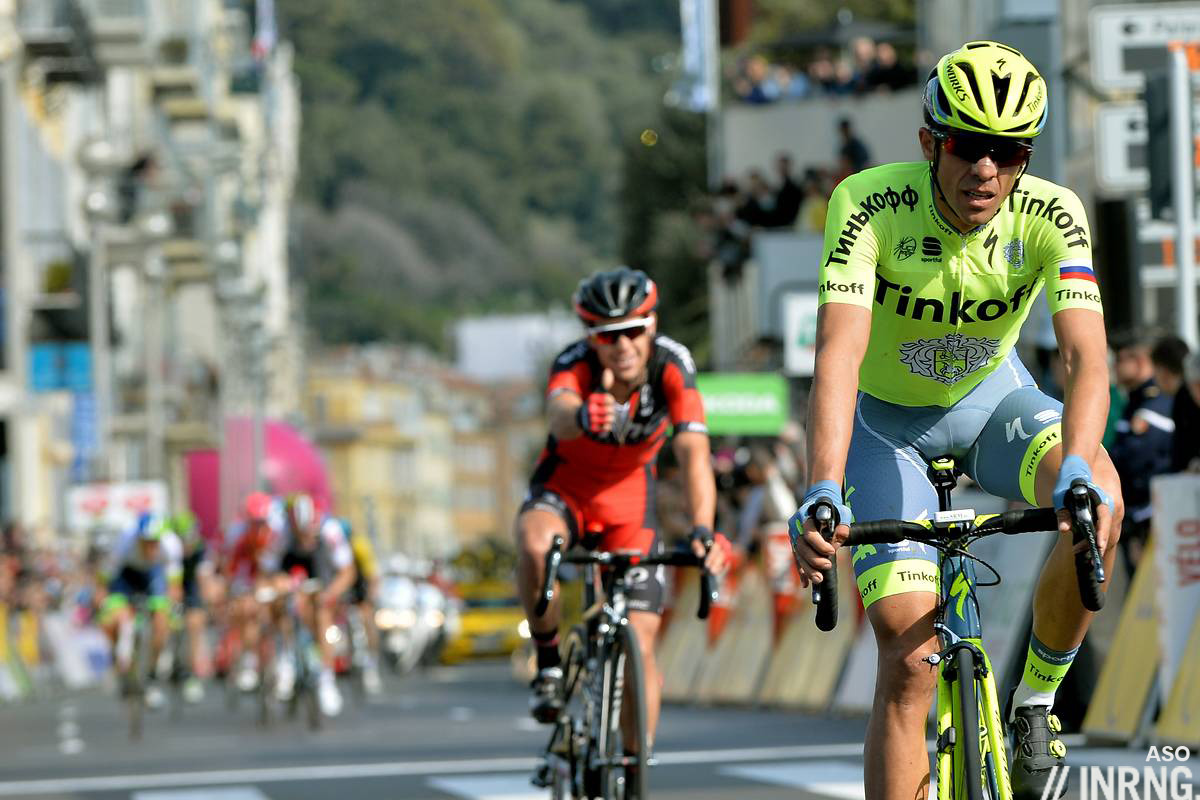 Alberto Contador says he’s not got high ambitions for this race, only the Tour de France matters. Translated it probably means he’s planning to rip his rivals apart and regale us with that pistolero gesture and his carnivorous grin. Certainly an aggressive and confident performance would help his plans to launch his own team and when he’s said he wanted a quiet Dauphiné before he ended up racing very hard. The course suits him perfectly and given he’s only racing intermittently this season he should be up for a result here which means he’s often compelling to watch. Tinkoff bring a team built around him without the need to accommodate Peter Sagan. Do you remember what Fabio Aru looks like? Just checking because he’s hardly raced this year and hasn’t finished a race since March. It’s hard to find a race photo of him from 2016. Instead he’s been living at altitude as he prepares for his Tour de France bid. Like many this means his form is a mystery but if he could design a course surely he’d like this year’s one because even the time trial is uphill and he’s proved most able in summit finishes so far in his career. Given the lack of racing even finishing this would be a start but surely he and Astana will want a lot more. Whether this is just a target score on the power meter or the race yellow jersey remains to be seen. But with Vincenzo Nibali due to start the Tour de France a big ride here would bolster Aru’s position; flop and Vinokourov could demote Aru co-leader come July. Politics aside Astana bring a very strong squad with Luis-Leon Sanchez and (the apparently Sky-bound) Diego Rosa both capable of a high finish. Thibaut Pinot doesn’t need a result here, he’s impressed enough this year. A steady but not spectacular ride would help reduce the pressure on him for July. He would have preferred another time trial but this year’s route suits him as he may be a climber but prefers steadier gradients where he can pace himself rather than anything too vicious and the summit finishes along the way are his kind. A win here would be huge but a podium or the top-5 now seems entirely reasonable. FDJ bring Pinot’s Swiss Guards in Steve Morabito and Sebastian Reichenbach.

Richie Porte and Tejay van Garderen’s duet is separated this month. BMC Racing will be hoping for more than Romandie where Porte was ill with talk of the after effects of pre-Rio vaccinations knocking him back. Before that he was third in Paris-Nice and fourth in Catalunya and a podium seems emminently possible. While he’s still not a certainty for grand tours he’s ideal for week-long stage races like this. Porte seems a wise choice for BMC in the Dauphiné, he’s punchier than TvG when it comes to taking time bonuses. BMC bring a team to support Porte and there’s Greg Van Avermaet and maybe Rohan Dennis for a stage win along the way. Is Romain Bardet a fearless stage hunter or a GC contender? He took a brilliant stage win at Pra Loup last year thanks to his bold descent of the Col d’Allos and while he’s got a perfectionist streak when it comes to training and team leadership once he’s got a number on his back he’s attacking instinct takes over. Alexis Vuillermoz is returning from his heavy crash in the Amstel Gold Race so this week should be about finding his legs. Now onto some names who might figure but the overall win seems elusive:

TV: Sunday’s prologue and the final stage the following week finish at 2.45pm Euro time. All the other stages are due to end at 5.10pm. It should be available on the same channel you watch the Tour de France and Eurosport. If not then cyclingfans, cyclinghub and steephill.tv have schedules and streams.