The first Alpine stage of this year’s Giro and a tough summit finish following one of the hardest climbs and the trickiest descents in the race. Yesterday’s time trial has shaken up the pecking order, now what will happen in the mountains? Stage 14 Wrap: we expected the big names and a gregario won. Glance at the results and it looked like a breakaway of strongmen had survived and, behind, the main team leaders made is safely to the finish inside the peloton. Vasil Kiryienka was the fastest helped by changing weather conditions with reports of a tailwind for earlier starters switching to a crosswind later on. Not that Kiryienka fluked it, he’s got a bronze medal and finished fourth twice in the TT World Championships and the longer the time trial the better he is. FDJ even have a motor pacing training session called La Séance Vasil to simulate riding behind Kiryienka when he’s on patrol.

Alberto Contador was the big winner among the GC contenders putting time into all his rivals. Aru had a torrid time but a decent position, 29th was not bad considering he was ahead of Dario Cataldo and just 15 seconds behind Rigoberto Uran. Richie Porte was the big loser of the day, losing 4.20 to Kiryienka and possibly the keys to the caravan too. He lost over four minutes to Contador too, double what the proscribed wheel change cost him. His bad day or is the knee sore from the Jesolo crash? Among the gainers Costa Rica’s Andrey Amador is up to third place overall but this is probably his high point as he’s a heavier rider, relatively at least. Jurgen Van Den Broeck was one of the few team leaders to perform as expected and punched his way to fifth place overall.

If the pieces of the jigsaw were waiting to be put in place yesterday now it’s all taken shape too quickly, the perils of such a long course, and it’s hard not to see the image of Alberto Contador celebrating in Milan this time next week. After two weeks of surprises we’re now at the point of saying a surprise is required in order to change the inevitability of Contador’s triumph. It’s when you need a surprise that these things don’t tend to come. Contador might have the Tour de France in mind but he’ll surely want a victory with the pink jersey on his back and today is a good way to start.

The Route: a tough mountain stage with a summit finish but where hardest part comes three-quarters of the way with the Passo Daone. The early climb of La Fricca is not hard by Alpine standards with 9.8km at 5.6%, still as tough as anything so far in the race and now it’s just anti-passo before the main mountain meal.

The Passo Daone is one of the hardest climbs in the Giro, just 8.4km but it averages 9.2% and that includes the rest section after the village of Cort one third of the way up. It’s steep, the surface isn’t great and it winds up in an irregular fashion from the start. It might be too early to be decisive but fortune favours the braves. Sometimes descents can be an afterthought, not this time because the way down is very narrow, steep in places and on a bad road. It’s awkward on a solo training ride, harder in a race and the forecast says rain which makes this a place for the skilled or the crazy. The route opens up on the Sarca valley road to Pinzolo, a wide open road where any mountain goats who made a move earlier can lose their advantage to an organised chase.

The Finish: a long climb but a very regular one and on a wide road designed so two buses of skiers can pass with ease, a lot of work has gone into engineering a modern road and as you ride up you can often see the more charming old road. The flatter section near the top marks the ski resort of Madonna di Campiglio which the main road avoids via a tunnel but the race enters the resort and circles around to finish outside a ski piste with some steepening roads all the way to the finish. That “max 12%” sign above seems excessive but it is 7-8% most of the way to the line.

The Contenders: Alberto Contador did such a measured ride yesterday it looked as if he could have kept going for another 20km. Today is his chance to get that win in the maglia rosa to seal the deal while his rivals are broken by yesterday’s efforts. Easier said than done although his lieutants Michael Rogers and Ivan Basso cruised around yesterday in order to save themselves. Questions hang over the others:

Otherwise the stage suits any number of a breakaway candidates and there’s a high chance they succeed. Beñat Intxausti needs points for the mountains jersey with Simon Geschke, Carlos Betancur and Steven Kruijswijk trailing him on points and all are good for a breakaway and the stage win. On a second tier there’s Ryder Hesjedal, Ilnur Zakarin (said to be saving himself for a mountain stage), Ion Izaguirre, Franco Pellizotti and more.

Weather: changing conditions with rain showers and a top temperature of 20°C in the valleys but much cooler higher up.

TV: the Passo Daone starts around 3.30pm the finish is forecast for 5.15pm Euro time. Cyclingfans and steephill.tv serve up the usual pirate fare. 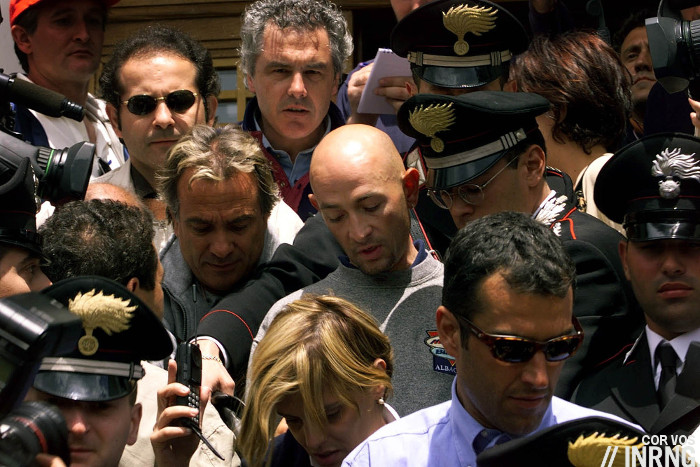 The Giro is: Marco Pantani. More on him later today. The Giro continues to celebrate Marco Pantani and his exploits on the bike. It’ll be interesting to see how much of a mention he gets today because of his expulsion from the 1999 Giro in Madonna di Campiglio following a haematocrit test. This wasn’t the kind of glorious moment that RAI or La Gazzetta normally choose to celebrate. The Giro passes numerous Pantani monuments, whether temporary graffiti on the road to Imola the other day or the many permanent memorials that have sprung up in the Alps and Apennines to celebrate Pantani’s triumphs. The race awards a Pantani prize for the first rider over La Montagna Pantani, “the Pantani mountain”, and one selected climb each year that is linked to Pantani. The Mortirolo on Tuesday is this year’s prize point.