Taylor Phiney won the overall classification Dubai. You feared he’d be outclassed by his hairstyle but a big time trial performance, some competent team work and his sprinting meant his overall lead was safe all the time. If he had a great race Marcel Kittel’s surely had the best week, three sprint wins and over a variety of terrain and different scenarios.

If this was supposed to be the start of the Mark Cavendish vs. Marcel Kittel it might look like 3-0 to the German. Kittel’s consistency impressed, especially on the stage to Hatta Hill where he surged to the line to surprise everyone. But Cavendish made the same group that day when many other sprinters did not and lost out another day with a mechanical.

Movistar’s Juan-José Lobato was notable too, in part for his handlebar-hitting theatrics as bashed the bars in rage at finishing behind Marcel Kittel. He might be a new name for some but was finishing in the top-10 in some Tour de France sprints last summer although still not visible despite his orange Euskaltel-Euskadi kit.

The Tour of Qatar is next and Cavendish isn’t riding, the same for Peter Sagan (Cannondale) and nor are Giant-Shimano as a whole. Instead André Greipel, Tom Boonen, Arnaud Démare and Theo Bos are some of the names to watch. It’s a sign of the diversity of the calendar that the top sprinters are rarely united in a race, often it takes the Tour de France to get a what the French call a “sprint royal” and no amount of petrodollars can solve that.

Healthy Rivalry
But as much we might want this total rivalry, the peloton is a society where it’s hard to be in permanent opposition to others, it’ll cost you at some point. We might see Marcel Kittel and Mark Cavendish as fierce rivals but once the race is over they’re sending each other amusing messages on Twitter.

Last evening with the Xbox One of @koendekort. Oh, I will miss it!! pic.twitter.com/InTyI2DP98

@marcelkittel let me come and play. I might win something for once.

@MarkCavendish room 2703! Tyres are already warm… 😉 But if you have a big TV then take it with you. Our’s is too small…

@marcelkittel anything is small to you though… 32″ is like a cinema to me..

@marcelkittel @MarkCavendish Guys, I am working on a 2014 sprint rivalry piece, focused on the two of you. This is ruining everything. Now for rivalry on the road. The finish was so close in the Trofeo Palma in Mallorca. In the first photo it’s hard to separate Lampre-Merida’s Sacha Modolo, Lotto-Belisol’s Jens Debusschere and Dylan Groenewegen (Cycling Team De Rijke-Shanks). Both Modolo and Groenewegen celebrated with a victory salute but the win was awarded to Modolo after the photofinish camera was checked.

Meanwhile in France
One sprinter who doesn’t need a photo finish camera is Bryan Coquard. The Europcar fastman has been winning stages in the Etoile de Bessèges, including the uphill finish in Laudun on Stage 4 which he won by several lengths. It’s tempting to see the Gulf races and the Tour Down Under as a novel format with one base for the week and then a stage that heads off in a different direction but that’s what happens in the Etoile de Bessèges, the “Star of Bessèges” race. But the stars are only in the name, there are few stars in the field and race lacks the budget to offer riders a five star hotel.

Giant-Shimano’s uphill riders
A mention of Tobias Ludvigsson’s win in the Etoile de Bessèges. The Swede was tippped to do well and won the time trial to take the race overall. It shows there’s far more to the squad than Marcel Kittel and John Degenkolb and I don’t mean extra sprinters Luka Mezgec and Reinardt Janse Van Rensburg. No, they have the making of an excellent team for the Ardennes classics with Ludvigsson, Tom Dumoulin, Simon Geschke, and Warren Barguil. Maybe it will take time but the team has some depth for the hilly days too. 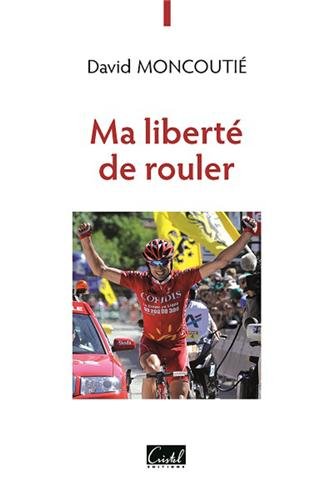 One of the best climbers in recent times is David Moncoutié. When David Millar’s Racing Through the Dark was out I wondered what it’d be like to read David Moncoutié’s account. The two turned pro with Cofidis at the same time and had very different careers. Now there is a book coming out in France, “Ma liberté de Rouler“. Whether it’s good or bad remains to be seen and a review of a French book might be a touch too exclusive for the blog but I look forward to reading it.

Merckx book winner
The random winner of the Eddy Merckx cannibal book is Jeremy. Please get in touch to claim your prize.

Alonso Team + Cannondale?
Spain’s Biciclismo reports Fernando Alonso could enter the sport via the Cannondale Team. He’s trying to build a team from scratch but the Italian team already exists only Cannondale is interested in a co-sponsor and possibly someone to take over the team. It’s pointless to keep a running commentary of Alonso’s plans, largely because they’re not set in place… But the story of Cannondale is worth watching, something is up…

Heulot Hello?
…Backroom dealings have been going on for some time. A late link-up with French team Sojasun didn’t happen but January the team announced it had signed Sojasun’s Jean-Marc Marino – new which took even Marino himself by surprise when he read in in L’Equipe but it was also an odd late signing. Former Sojasun manager Stéphane Heulot had told Marino to keep training through the winter with the promise of a job. Marino kept riding but with no news each day he found himself just going for rides rather than training for anything until he got the good news last month. What it all means is that Heulot and Cannondale are still up to something but whether it sees the light of day remains to be seen.

Giant-Shimano
Again? Yes, we should note the performances of the women’s team with Kirsten Wild winning in Qatar. She was so strong on the final day that she launched the sprint from far and Georgia Bronzini latched on to her wheel but when the Italian tried to come past it was as if she’d stepped out from behind a wall and into the face of a gale. 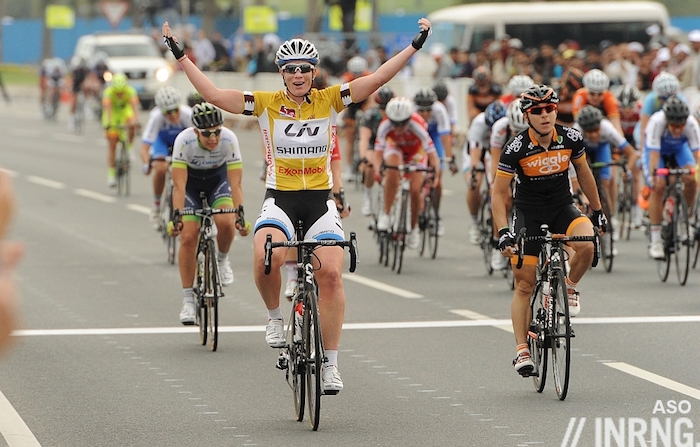