I feel SICK when I read that Contador, Sanchez & Indurain still support Armstrong. How does someone want to be credible by saying that?!

A tweet can often substitute news these days but Marcel Kittel’s message is worth sharing for the sake of it, especially because many readers don’t use Twitter.

Better still Kittel is not alone as other riders have stood up to express themselves on the USADA-Armstrong case, a refreshing balance to some of the odd views expressed by some big names. In the spirit of Twitter I’ll keep this post short.

After the USADA verdict on Lance Armstrong there was silence but since then the peloton began to speak up. Some big names have offered surprising views – hola Alberto Contador (“there’s been a total lack of respect for Lance”), hallo Tom Boonen (USADA “only talk nonsense”) – and there are quite a few more, surprising as the likes of Contador rarely say anything controversial. Everyone’s allowed different opinions and its via conversation that thinks will advance. Although when a rider offers louder criticism of USADA than known drugs traffickers it’s leaving us confused.

So it’s welcome to hear riders speaking out against doping. It should be obvious, banal and reflexive but it’s not. Kittel’s tweet is a good example but just one amongst others like André Greipel and Taylor Phinney and plenty more than I can name although not exactly a majority in the peloton. 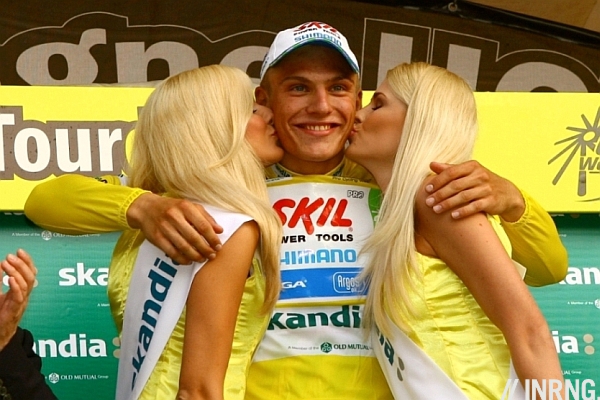 When the USADA judgement landed it took a while for the peloton to find a voice. The sport belongs to everyone but riders are the face of the sport. Many of them just want to enjoy riding and racing without media controversy. But we should welcome those who stand up and speak out otherwise they leaves the airwaves, column inches and web pages to others. Like the rest of us they don’t have a magic solution but it’s good to hear some encouraging voices.

140 character conclusion
A simple message like Kittel’s tweet should be just that. But it feels necessary to print them to offset the more controversial views of others.