Greg LeMond’s Letter to The UCI 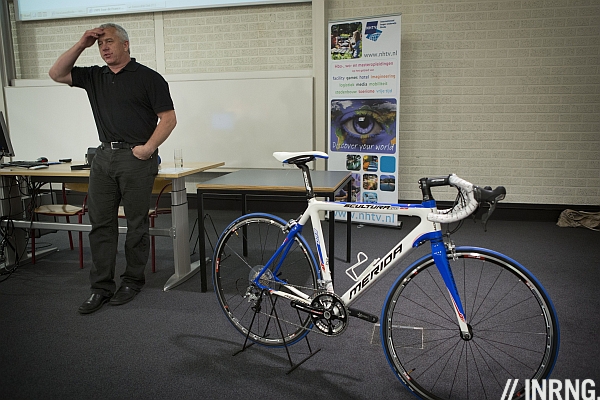 Greg LeMond has written an open letter to the UCI calling on President McQuaid to quit. The tone is blunt, explosive and accusative. “Resign Pat if you love cycling. Resign even if you hate the sport” he says in the letter. You’ll find the full text below.

I support the idea but this might only make the UCI President dig in even deeper, something I’ll also explain below too. Reform and change from the UCI is very difficult to achieve for several reasons.

Can anyone help me out? I know this sounds kind of lame but I am not well versed in social marketing. I would like to send a message to everyone that really loves cycling. I do not use twitter and do not have an organized way of getting some of my own “rage” out. I want to tell the world of cycling to please join me in telling Pat McQuaid to f##k off and resign. I have never seen such an abuse of power in cycling’s history- resign Pat if you love cycling. Resign even if you hate the sport.

Pat McQuaid, you know damn well what has been going on in cycling, and if you want to deny it, then even more reasons why those who love cycling need to demand that you resign.

I have a file with what I believe is well documented proof that will exonerate Paul.

Pat in my opinion you and Hein are the corrupt part of the sport. I do not want to include everyone at the UCI because I believe that there are many, maybe most that work at the UCI that are dedicated to cycling, they do it out of the love of the sport, but you and your buddy Hein have destroyed the sport.

Pat, I thought you loved cycling? At one time you did and if you did love cycling please dig deep inside and remember that part of your life- allow cycling to grow and flourish- please! It is time to walk away. Walk away if you love cycling.

As a reminder I just want to point out that recently you accused me of being the cause of USADA’s investigation against Lance Armstrong. Why would you be inclined to go straight to me as the “cause”? Why shoot the messenger every time?

Every time you do this I get more and more entrenched. I was in your country over the last two weeks and I asked someone that knows you if you were someone that could be rehabilitated. His answer was very quick and it was not good for you. No was the answer, no, no , no!

The problem for sport is not drugs but corruption. You are the epitome of the word corruption.

You can read all about Webster’s definition of corruption. If you want I can re-post my attorney’s response to your letter where you threaten to sue me for calling the UCI corrupt. FYI I want to officially reiterate to you and Hein that in my opinion the two of your represent the essence of corruption.

I would encourage anyone that loves cycling to donate and support Paul in his fight against the Pat and Hein and the UCI. Skip lunch and donate the amount that you would have spent towards that Sunday buffet towards changing the sport of cycling.

I donated money for Paul’s defense, and I am willing to donate a lot more, but I would like to use it to lobby for dramatic change in cycling. The sport does not need Pat McQuaid or Hein Verbruggen- if this sport is going to change it is now. Not next year, not down the road, now! Now or never!

People that really care about cycling have the power to change cycling- change it now by voicing your thought and donating money towards Paul Kimmage’s defense, (Paul, I want to encourage you to not spend the money that has been donated to your defense fund on defending yourself in Switzerland. In my case, a USA citizen, I could care less if I lost the UCI’s bogus lawsuit. Use the money to lobby for real change).

If people really want to clean the sport of cycling up all you have to do is put your money where your mouth is.

Don’t buy a USA Cycling license. Give up racing for a year, just long enough to put the UCI and USA cycling out of business. We can then start from scratch and let the real lovers in cycling direct where and how the sport of cycling will go.

It’s a strong statement, not just pointing out past problems when it comes to doping and leadership but only calling out corruption.

Ask not what your federation can do for you, ask what you can do for your federation
You can feel LeMond’s anger but I’d think twice about the last statement. Rather than shunning the national federation, I think we need people to contact their governing body and hold them to account. Don’t just use your licence to race, use it to vote.

Often the officials in charge of these federations move in different circles to the typical cyclist, attending international conferences on sports administration and mixing with other officials so they are not always aware of the frustration felt by many fans when the letters U, C and I are concerned.

Defensive Position
The UCI is a conservative and defensive organisation. Often this is good, a sports body should be built on the foundations of its rulebook and constitution and not easily blown off course by events. But the more insults are thrown at Aigle, the more some dig in and entrench themselves. Instead of reaching out, the risk is they lash out. Rather than starting a dialogue with others, the UCI’s leadership might just resort to more lawsuits.

This should be a time when Pat McQuaid is trying to get the message across but the UCI is quiet. Not silent, we had the set piece press conference response to the USADA/Armstrong case but there have not been many interviews in recent days. All when the UCI could be pounding the message about the value of the bio-passport and trying to put out as much good news as possible. This is part of the problem with the current leadership, they struggle to sell the good news and so let others paint a picture of what goes on in Aigle. From the outside the UCI’s leadership appear to have a bunker mentality. I’ve read and listened to more interviews with Greg LeMond in recent times than with all the UCI officials combined.

So we end up with a vicious cycle where the UCI won’t address questions. For example it’s taken years to get the story on the Armstrong donations. We have an impossible situation where mild critics of the UCI can’t get answers, for example some journalists are not considered friendly to the UCI’s agenda so they might be blanked. At the same time the governing body often won’t reach out to put its case. Which only leaves the more trenchant critics frustrated and we end up with America’s greatest Tour de France champion going public with allegations of corruption.

It all adds to a sense of a showdown with the Paul Kimmage trial in December.

Be careful what you wish for
As set out last month, replacing the UCI leadership is near impossible under the rules and clearly nobody in Aigle is in the mood to say sorry.

But were McQuaid and Verbruggen to ride off into the sunset tomorrow nobody knows who the replacement would be. They’d have be nominated by a national federation and then win support from the UCI’s Congress, an electoral college formed of delegates from around the world. In other words it is hard to parachute an outsider into Aigle, the replacement could be someone like Igor Makarov or an associate.

Conclusion
Many want to see the UCI leadership shape up or ship out, plenty don’t want to wait for improvement, they just want McQuaid to go. Greg LeMond has said this out loud and he’s part of a chorus, the other day Jaimie Fuller, Chairman of Skins, a clothing company, has said similar things and there are petitions galore going around. With phrases like “You are the epitome of the word corruption” it’ll be interesting to see if LeMond gets invited to a Swiss court.

LeMond says we should boycott our national federations but I’m not so sure. If you are concerned by all of this then the first thing is to speak to your local federation and ask them what they’re doing on your behalf. If they don’t listen then up to you.

Either way there are growing public calls for resignation, even the mainstream media are attacking the UCI. LeMond’s letter resonates with many, whether it’s his passionate tone or just the cold content.  But does anyone – the UCI included – have a plan for the future?

It’s here that things are hard. I’m not saying LeMond should have a plan, after all his letter is bold enough. It’s more than any plans are hard to put in place. The UCI isn’t a company where shareholders can sack the board. It’s not a government where the people can eject the leaders. It’s more a club that’s not really ever had to think too hard about accountability or openness, it’s been too busy running the sport to question how it runs itself. And it’s not the kind of place where the leaders want to give up their jobs easily, the resulting loss of face would mean they’d likely get the cold shoulder from the IOC and other circles, it’s not like they’d coast into better paid work. So whilst we know what we don’t want and we might have ideas for the future, it’s the gap in between that seems impossible to navigate. Maybe it takes a good leader to take the sport forward?