Who Will Finish Third in the Tour?

The odds on Bradley Wiggins winning the Tour de France are now so short that the some bookmakers price him as a safer pick than Lance Armstrong in 2003. Cadel Evans is a close second but as the table above from oddschecker.com shows, everyone else is far out. Madness?

Possibly and we should note that the odds are a price and not a probability, it is likely that a lot of people have been putting a lot of money on Evans and Wiggins and this has shortened the odds. But precision apart, Wiggins and Evans are the two prime contenders. Who are the others capable of finishing on the podium?

À la recherche du temps perdu
First a reminder of the 2012 Tour de France route. There are three time trial stages totalling 101km of solo effort and these will prove crucial to the result. There’s less climbing in the race this year but if it is reduced, it cannot be avoided. Some of the mountains comes in classic set piece stages with summit finishes but other stages are more experimental where the race organisers hope breakaways will succeed and climbers will attempt long range moves to gain time. In short this route favours the time trial specialists but the winner will be an all round rider capable of staying with the front group in the mountains.

Vincenzo Nibali is first on the list after Evans and Wiggins. He’s won the Vuelta and is now looking for success in the Tour de France. But he’s not a TT specialist, and by some way. He can hope for a top-20 position in the time trials and then consistent climbing and wild descending to haul himself up the rankings. But third place? I think the top-5 is a better bet. In the Dauphiné he was well off the pace against the watch and also when climbing.

Denis Menchov is an unknown factor. He’s won the Vuelta and the Giro and finished on the podium of the Tour de France. But the consistency hasn’t been evident this year. Now with Katusha he’s had a quiet season. In times past he has shown some form in races like the Giro and Dauphiné but his best performance this year was in the Tour of Catalonia where he placed second. But a recent win in the Russian TT championships bodes well for him, especially as he was well clear of the rivals.

Jurgen Van den Broeck is another decent pick. He’s so consistent that he’s talked of as a candidate for the Tour de France but he’s only ever won one race during his entire career. He crashed out of the Tour last year but fifth place in the Dauphiné suggests all is on track; he’ll have to share a team dedicated to helping sprinter André Greipel.

Chris Froome is a dark horse but a good pick. He almost won the Vuelta last year but team duties meant he helped Wiggins instead of challenging Cobo. Able to time trial, if he sticks with Wiggins in the high mountains he could be a decent pick. But his Vuelta performance was a surprise and as they French say he needs to confirm.

Robert Gesink has been around for some time but still hoping to make the leap from hopeful to proven stage racer. This year has been different though, he won the Tour of California and is showing surprising ability against the watch. His rangy legs make him appear like a climber but his best performances have been against the watch this year. Fourth in the Tour de France was a good result; he was off the pace in the mountains but if he improves – and he stays upright – a top-5 is likely.

Samuel Sanchez can climb very well and if he makes the front group in the mountains he might be given some leeway to sneak off for the stage win, building a buffer of time that he’ll surely lose against the watch. If you’re betting, perhaps pick him for stage wins and the mountains jersey but third place this year? Unlikely. I think the same for Fränk Schleck who is a pure climber. I’d thought that the arrival of Johan Bruyneel following the team mergers would bring gains against the clock but this hasn’t happened. Instead he’s been playing to his strengths and we saw some great aggressive riding in the Tour of Switzerland. This riding could bring results and a high overall position but I fear the time losses will be big plus he could spend much of July planning his breakaway from the team instead of the race.

Alejandro Valverde is an unknown quantity. Once touted as a race winner, things are different after his two year doping ban. But he’s been versatile this year, I don’t see him in third place. Instead a stage win is a possibility and a high finish overall.

Ryder Hesjedal will be worth watching. A surprise winner of the Giro, every time I thought he’d crack he just broke the others. But if the Giro is a fine race, the Tour is a level higher. He’s Mr Consistent and a candidate for the top-5.

Pierre Rolland is seen as the next big thing in French cycling. His build suggests he’s an all rounder but despite visits to the wind tunnel he’s been struggling in the time trials this year. He finished 34th in the French national TT championships, losing time to range of part-time riders.

Janez Brajkovic won the 2010 Dauphiné to the surprise of many. He did this in the time trial stage too. But he’s never seemed consistent enough for a podium spot in the Tour de France. Perhaps he seizes his chance this time and the top-10 is possible.

Tony Martin could win the time trials but he’s too big to survive the moutains. If there is less climbing it is concentrated with steep ramps and if he takes the yellow jersey ahead of the mountains he should prove easy to dislodge. Fellow German Andreas Kloeden could surprise but he thrives on helping others rather than being team leader. He’s versatile but will still lose time against the watch.

Chris Horner is a late call-up for Radioshack-Nissan but he’s a climber and likely to lose a lot of time. Lieuwe Westra pushed Bradley Wiggins close in Paris-Nice, the only rider to really challenge the Briton. But he’s even more unproven in the three week race. He’s in form though, the new Dutch TT champion could surprise.

Thomas Voeckler has been suffering from an injury. He took time last year with breakaways and then staying with the front group in the mountains but unless he’s on the ultimate bluff a top-10 looks rare. Another surprise from last year was J-J Cobo who has since been invisible since winning the Vuelta. An attacking climber when he’s on form, I can’t see him going near the top-10 in this race.

Tom Danielson is often picked as an outsider and every year Jonathan Vaughers brings a revelation to the Tour. If they haven’t used up their karma quota in the Giro maybe the Colorado rider will impress, seventh place in the Tour of Switzerland hints at this but there haven been a lot of hints during the past too. 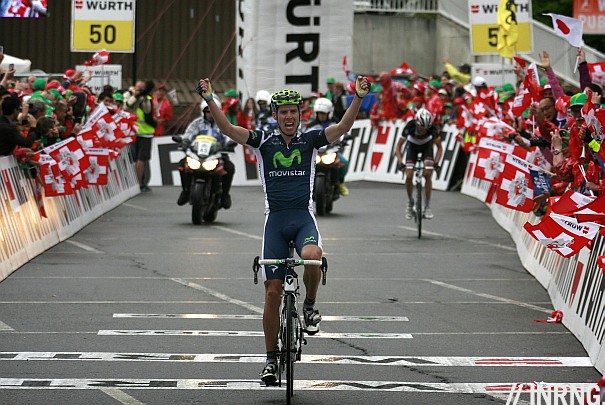 Finally there are others that aren’t on the list from the bookmakers (whilst Kreuziger and Fuglsang are listed but they are not riding). Astana’s Andrey Kashechkin was the only rider able to follow Jérôme Coppel and Cadel Evans on Stage 1 of the Dauphiné when a small climb split the field. Team leader Vinokourov has tipped “Kash” to finish on the podium. He would say that but Astana are having a surprisingly good year although I think third place might set alarm bells ringing. As for Coppel, third place is fantasy but his aim is to crack the top-10. Tejay van Garderen is like Froome, if he can stay with his team leader Evans then he can build on the time trials for a good place. Rui Costa won the Tour of Switzerland, if you want a guide to form then this is the biggest test and he beat the rest but largely thanks to his climbing skills; again he’s a stage hunter this time. Luis Leon Sanchez is better against the clock but I don’t see him in the top-10, he’s more likely to win a stage in the Pyrenees after a long breakaway. And I will add Richie Porte who again isn’t on the list above but can time trial very well and if he stays with the leaders in the high mountains can get a high finish, it is just a question of how hard he works for his team on the front against helping himself. 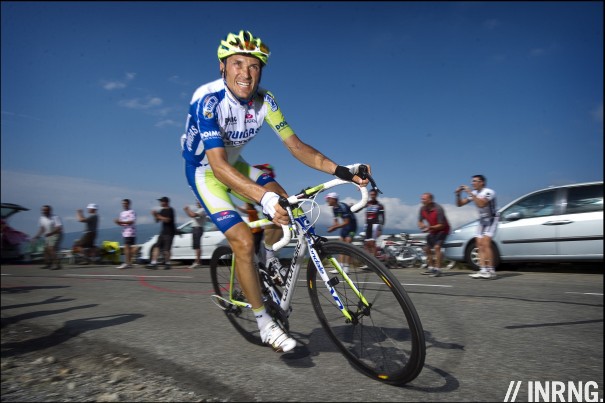 Finally Ivan Basso is riding and if you want Mr Consistent, he could be a pick. He’s promised to “devote” himself to Nibali but we’ll see, his team knows Nibali is leaving for Astana so they might offer more support.

Summary
The bookmakers put money on future events but all the same, the certainty implied about Bradley Wiggins and Cadel Evans seems excessive. If a grand tour is about consistent performances every day, one mistake or mishap can ruin everything.

However for the sake of argument I’ve run through the contenders for third place and it’s a hard pick. Wiggins and Evans do seem on a level above the others. The need to gain time in the time trials but finish with the leaders in the high mountains means only a few can hope for the top three. If the bookmakers have Nibali in third place recent form suggests otherwise. Instead I think Jurgen Van den Broeck and Chris Froome could offer better chances, the same for Robert Gesink and Denis Menchov.

But forecasting is for fools. It’s far from certain that both Wiggins and Evans make it to Paris. As I type the weather forecast for Saturday’s prologue in Liège is uncertain so trying to predict the outcome of racing over several weeks is something to do for fun rather than a calculated assessment. And rightly so, the next month will hopefully bring surprise, amazement and excitement. What if a breakaway escapes early in the race and takes a big lead?