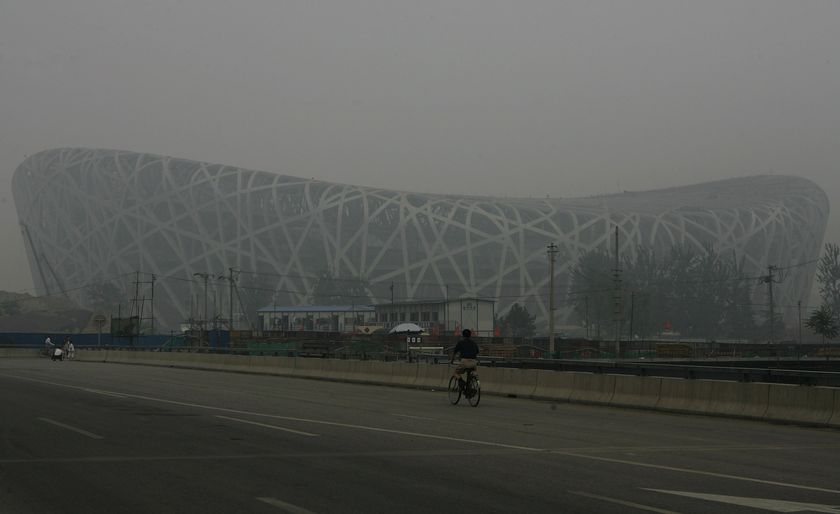 You might know the UCI has set up a business called Global Cycling Promotions (GCP), apparently promote cycling globally. When they asked what GCP is for, it’s top man (and twitter nice guy) Alain Rumpf replied that it’s about taking the sport to new places. But in a more recent interview UCI President Pat McQuaid gave quite a different explanation.

The Cyclingtips blog featured an interview with Rumpf and asked why GCP came about.

“The UCI’s mission is to develop the sport worldwide and to strengthen the Olympic status of the sport. We know that globalization, or universality as the IOC calls it, is a key criterion to develop a sport in the Olympic program and it’s a priority for the UCI to make professional cycling as global as possible. By creating a dedicated company to create, or assist the creation of, new events in new territories the UCI is taking action to reach its strategic objective.”

So it’s about the strategic objective of globalising professional road cycling. Now that’s quite good, I like cycling and sharing it with people around the world is good, in fact correspondence from readers around the world is a real bonus behind this blog.

But is Rumpf on the same page as his boss? Because in an interview on the website of the Association of Summer Olympic Federations, the UCI’s President Pat McQuaid gave a different view, citing less noble reasons:

“we’re always in need of more money. It’s why we set up Global Cycling Promotions. The first event is the Tour of Beijing, which will bring in funds to the UCI.”

McQuaid is saying the need for income led to the creation of GCP and the Tour of Beijing will bring in money. This confirmation that the UCI is now going into business only confirms the governing body is riding two horses, one trying to run the sport and the other trying to promote money-making races.

Now the wish to spread the sport around the world and the need to raise money can co-exist. Both Rumpf and McQuaid can be right. But without adequate safeguards, noble ideas about sharing the sport will clash with the rush to monetise this strategy. It’s a fundamental conflict of interest.

Conflict of health
If you think this is an abstract concept, here’s an example. Time’s Austin Ramzy described the conditions in Beijing recently:

Just walking was hard on the lungs, let alone competitive cycling. The monitor run by the U.S. Embassy registered readings of “hazardous” and, for a couple hours in the evening, “beyond index”—a level informally known as “crazy bad.”

Now shouldn’t the UCI be there to protect rider health? Or is the need to raise money coming first?

Previous post: Wielerleaks, when a leak is better than a drip