Wielerleaks, when a leak is better than a drip 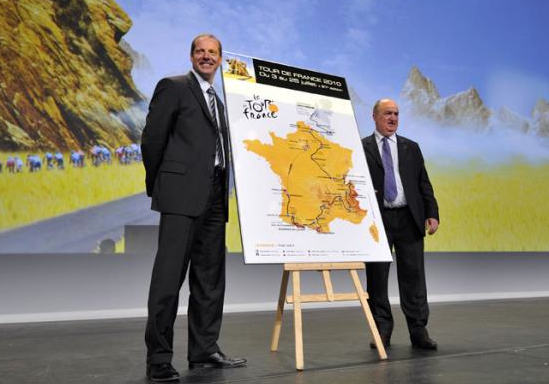 Yesterday saw the Tour de France and Giro d’Italia routes leaked on to the internet. Conspiracy or cock-up?

Both races like to unveil the route at a set-piece presentation, the chance to showcase the event, to explain the route and construct a narrative around the route to unite the stages into a three week story. For example in 2010 we had the celebration of the Col du Tourmalet and the Pyrenees in general, 2011 saw the same in the Alps thanks to the Col du Galibier. This year’s Giro d’Italia celebrated 150 years of Italian unity. We’ll see what the message for 2012 is on Sunday for the Giro and the following Tuesday for the Tour.

Does it matter that the route gets leaked? Well RCS was playing the game already, it had given out information on some stages, notably stressing the opening stages in Denmark would be safe and that the penultimate stage was the result of an election by fans on Facebook. Then it lost control of the message.

By contrast ASO had maintained silence over the route. We knew the start was for Liège and obviously the finish is in Paris but nothing else had been communicated. Nevertheless plenty of others were writing about the route. In France regional newspapers sell more than the national press and many local papers had uncovered details of stages in their region. In some cases local mayors and officials tipped them off in other cases they discovered that hotels were block-booked for a night in July. The Velowire website did a great job in aggregating these stories to concoct a silhouette of the full route. In other words ASO kept quiet but others had the route worked out.

One unspoken reason behind the silence is that the award of stage starts and finishes is a commercial process. ASO and RCS are in business and in particular ASO can charge €100,000 for a stage finish. Doing this in confidence gives the race organisers a stronger hand, being able to play one town off against another. But with only a week to go now I doubt the leak has jeopardised this.

Conclusion
Normally kept secret, the leaks deprive ASO and RCS of a little bit of theatre. But that’s all. I can’t help thinking it doesn’t matter when the route comes out. The organisers don’t really give up anything when the news comes out early as the official unveiling ceremony for the route comes with quotes from riders and organisers, full details on every climb and so much more. It’s not like this gets spiked.

No, for me the story is the way it shows just how much we anticipate these events. As much as we learn about the route of a race for next year, does this not also say something about us too? July is so far away but the slightest piece of information is analysed and extrapolated, we immediately ask who is up and who is down for 2012. This speculation shows just how important these race are and just how far in advance fans and the media are planning for next summer. And it’s not just niche corners of the internet like this blog, yesterday I heard the race route being analysed on the radio.

Still, perhaps a leak is better than a drip. I’m grateful stage race organisers don’t try the annoying public relations technique of dripping out the news, announcing a stage per day via press release in an attempt to milk a story over time.