The future for sprinting

Mark Cavendish’s contractual future was finally settled last week when he signed a contract with Team Sky, which was duly announced yesterday. I gather Sky sent him a formal contract last July just after the Tour but the world’s fastest man did rush to sign it.

The ease with which he wins is impressive. I’m trying to avoid hagiography but all the same, when we see black and white images of the greats of the sport from the past, Cavendish is on his way to joining them with sprint wins. But will he have it all it all so easy in 2012? Several factors suggest sprinting might be more open. Let’s take a look.

First, there’s are many new sprinters coming through. In the last two seasons Cavendish has been rivalled by André Greipel, Alessandro Petacchi and Tyler Farrar. Greipel is still quite literally a force with eight wins this year. But Petacchi is 37 and has only three wins this year whilst Farrar has five. Instead we can look to others.

The first candidate is Marcel Kittel who has 15 wins this season, meaning he’s won more in quantity than Cavendish with 13 wins. Not bad for a neo-pro. The German can pump out 1800 watts. Next year the German will find a squad forming around him with the new I4TI team, formerly Skil-Shimano. That said Kittel is a big lad and will struggle on hilly courses when Cavendish can get by.

One who won’t suffer on the hills is Peter Sagan. The Slovak is deadly on almost any terrain, capable of winning bunch sprints but he rivalled Damiano Cunego in the Tour de Suisse early this year. He might not go head to head with Cavendish all the time but on a hillier day he’s a candidate for the win. 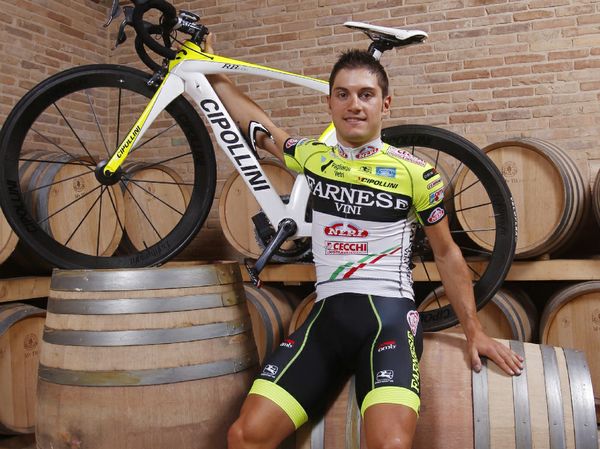 The 2012 vintage should be even better

There’s Andrea Guardini too. The Italian neo-pro has 11 wins this year but he’s on the Farnese Vini squad so we won’t see him in the Tour de France. If Greipel and Sagan are power riders, Guardini is almost a clone of Cavendish, capable of lightning-fast acceleration and exploiting a very aero position on the bike. Indeed he has said he is influenced by Cavendish’s style and would like to emulate him.

As well as individual rivals, there will be Greenedge. The squad could align a team composed entirely of sprinters for a race. Tactically we’ll see how they do this, obviously you don’t put nine sprinters in a race as you need guys to help fetch bottles and more. But they could try swamping the finish with five riders for example. I’m interested to see if Goss focuses on the sprints or becomes a more versatile classics rider.

There there are others who might not have won big this year but will be contenders. Take Mark Renshaw, once Cavendish’s perfect team mate and now a rival with Rabobank although I suspect he might be helping Michael Matthews, Theo Bos and even Lars Boom up their game too. Daniele Bennati seems to have rediscovered some form and luck this year. Garmin-Cervélo’s Heinrich Haussler had a blank year but perhaps he’ll go in search of sprint wins in 2012 to secure some wins?

Plus there’s internal rivalry at Team Sky. Let’s not stir the pot too much but riders like Bradley Wiggins and Chris Froome have legitimate claim to support in stage races, meaning wagons from the sprint train will be swapped for mountain support, although the likes of Geraint Thomas and Edwald Boasson-Hagen could arguably do both. Plus team mates like Ben Swift and Chris Sutton might fancy a go too. Either way we won’t see a whole team at his service in the grand tours.

And I could go on. World U-23 champion Arnaud Demarre will join FDJ and he could be the sprinter the French have been waiting for to top the likes of Romain Feillu, Jimmy Casper and Anthony Ravard. Rüdiger Selig could be a neo-pro with Radioshack-Nissan after impressing as a stagiaire. And more.

Summary
It’s testimony to Cavendish’s dominance that you end up reviewing sprinting talent against him. The relative ease of his wins suggests he’ll bank many wins in 2012 regardless of what team or bike he rides and Sky will offer him a well-drilled team; perhaps the biggest risk is that his celebrity gets in the way of training.

Nevertheless is his career be at the high water mar. Can it get any better? That’s hard to say. For now if it’s been impressive to watch, too often the result of a sprint has been a foregone conclusion but new names are coming through and this should make the sprints more exciting.