Variable rules for Contador and Kolobnev? 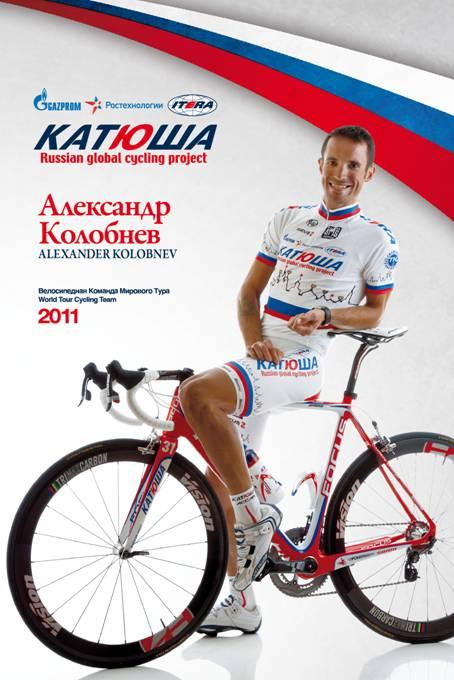 At least his saddle is horizontal

Alexsandr Kolobnev has “suspended himself” from competition but I suspect the decision wasn’t taken that freely. After all, here’s the UCI’s press release on the matter:

The UCI Anti-Doping Rules do not provide for a provisional suspension given the nature of the substance, which is a specified substance. However the UCI is confident that his team will take the necessary steps to enable the Tour de France to continue in serenity

You don’t need to be Nico Machiavelli to realise the first sentence contradicts the second, that Kolobnev is free to continue under the rules yet the UCI is waiting for his team to take the “necessary steps”. Or more poetically, to throw Kolobnev down the staircase.

It’s a funny old situation where the governing body’s rules say one thing but the governing body itself hints at another. Forget the angle of your saddle, the sport could be in a real mess if fundamental parts of the World Anti-Doping Agency’s Code get cast aside when embarassing news pops up.

Worse, it sees the rules vary according to who you are. We are told to respect the rules and “due process” when it comes to the Alberto Contador, here an excerpt from their special statement on the Contador case from four weeks ago:

The UCI Management Committee asks that every sportsman and woman set aside their personal opinions, however valid they may be, and accept this framework, which is the result of a long and rigorous procedure… … the UCI Management Committee asks that we respect Alberto Contador’s right to be treated like every other rider who takes the start of the Tour de France. The prestige of the event warrants it, and the dignity of all athletes demands it.

So there you see the UCI calling for opinions to be set aside and for us to respect the rules and procedures…. apparently because the prestige of the Tour de France and the dignity of athletes. But whether via ambiguous press releases or the failure to insist on due process, overnight the UCI has cast aside the standard “results management” procedure for Kolobnev. It stinks.

If a rider gets busted in the middle of a stage race then the pressure on them to leave is huge, the news of the positive A sample is probably an unbearable burden. But all the more reason for the UCI to stick to its rules to ensure consistency. And cynically even if staff within the governing body want to see Kolobnev ejected he’d probably have gone anyway thanks to ASO leaning on the Katusha team.

Don’t get me wrong, I’m not Kolobnev’s defence lawyer, I’m not really a fan either and even some riders are muttering “no surprise there” about the guy. But rules are different, they are meant to stand above the gossip, prejudice and to withstand media storms. Riders need to believe the rules ensure fair and equal treatment but they’ll look at Contador and Kolobnev and ask questions. Plus it’s not just these two riders, they make an obvious contrast but other riders have seen variable treatment too.

Finally, this isn’t UCI bashing. Instead I’m trying to say the UCI has rules and needs to insist on them, it needs to believe in itself a bit more. Yesterday’s press release undermines the UCI and WADA.