I’ve been doing the Inner Ring for over a year now and have landed my first freebie. Mick and Andy from British bike shop Prendas Ciclismo emailed to say they were readers of the site and generously sent a couple of tasteful retro cycling calendars as well as some Giro d’Italia themed keyrings and matching “socks” to store your keys when you go for a ride so they don’t make a hole in your jersey.

They’re quite fun… but “easy come, easy go”. I’m hoarding a couple but now’s your chance to get something for free in a small competition. 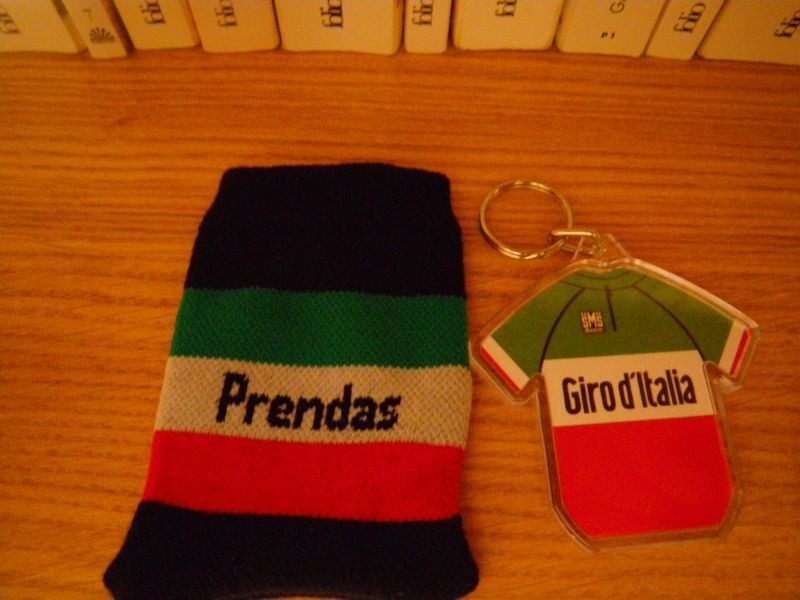 Where will Cav finish?
The task is simple: predict Mark Cavendish’s official finishing position for Tuesday’s stage from Termoli to Teramo.

It’s been a tricky race for Cavendish so far. Second to Alessandro Petacchi in the (briefly controversial) sprint on the second stage, there have not been many other chances thanks to several uphill finishes. He seems on form but so is Petacchi and Tuesday’s finish is slightly uphill meaning others will want a say too.

Just leave your pick in the comments below, you can post under a pseudonym but if you leave your email it’ll help me contact you in case you win. It’s that easy and I’ll post the keyring anywhere in the world.