As part of the series on the 1980s, here are five items related to Dutch cycling.

Whether it’s a freak result or careful planning I don’t know but one by one all three Grand Tours start in Holland. Last year’s Vuelta started in Assen, the upcoming Giro opens in Amsterdam and the Tour prologue will be in Rotterdam.

Cycling is massively popular in Holland. Both as a means of transport and as a sport. This country of 16 million people is Europe’s most densely populated state. It’s famously flat, although the southern tip in Limburg does have some hills that hurt.

1. Dutch teams
You probably take Rabobank for granted these days and it’s great to see Vacansoleil and Skil-Shimano. But the 1980s was a golden decade for Dutch cycling. Teams like TI-Raleigh, Panasonic, Kwantum, PDM, Superconfex were at the top of the sport all season long. TI-Raleigh was actually British sponsored, Raleigh being a popular bike brand and TI was merely the holding company, Tube Investments, that owned Raleigh. But the team was resolutely Dutch and famous for its self-discipline. When ever there was a crosswind you’d find the team trying to split the race.

2. Kings of the Mountains 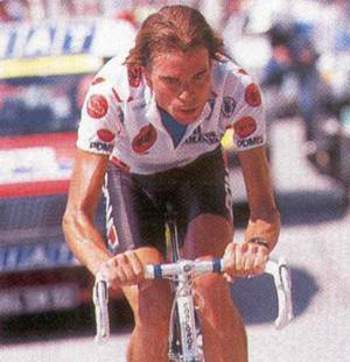 One in five Dutchmen live below sea-level but the 1980s saw Peter Winnen triumph on Alpe d’Huez and later in the decade Steven Rooks and Gert-Jan Theunisse (pictured) went head to head with the Colombians and won, winning the King of the Mountains jersey in 1988 and 1989. 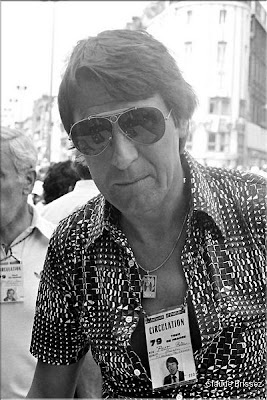 Peter Post was the first Dutchman to win Paris-Roubaix and had a great career on the road. But in the 1980s he was a team manager, at TI-Raleigh which later became Panasonic. He’s rated as one of the all time best DSs given the results but many riders complained that his exceptional hard style was difficult to cope with. He managed his team with an iron first, he had no time for velvet gloves. Some riders responded to this management style, others did not.

4. Joop Zoetemelk
His name means “sweet milk” and he’s the last Dutchman to win the Tour de France. His career began with a bang, he finished second to Merckx in the 1970 Tour de France, the first of six second place finishes in the Tour. But it was in 1980 that he won the Tour de France. He might have turned pro in 1970 but became world champion in 1985 and then won the Amstel in 1987…aged 40. He duly retired and became a DS, retiring from Rabobank’s team car in 2006. 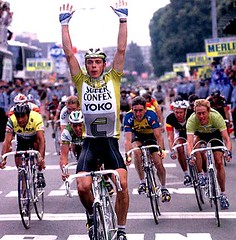 I can’t put my finger on why but Van Poppel is always up there in my mental list of top sprinters. His palmarès isn’t the longest but it was the way he won that was so convincing. There don’t seem to be any youtube videos so trust me n this: when he hit the front with 250m to go he just rode everyone off his wheel. Cavendish can do the same but Van Poppel exuded a raw power. Today’s he’s the lead Directeur Sportif for the Cervélo Test Team and his son, appropriately named Boy, is with Rabobank’s Continental team.