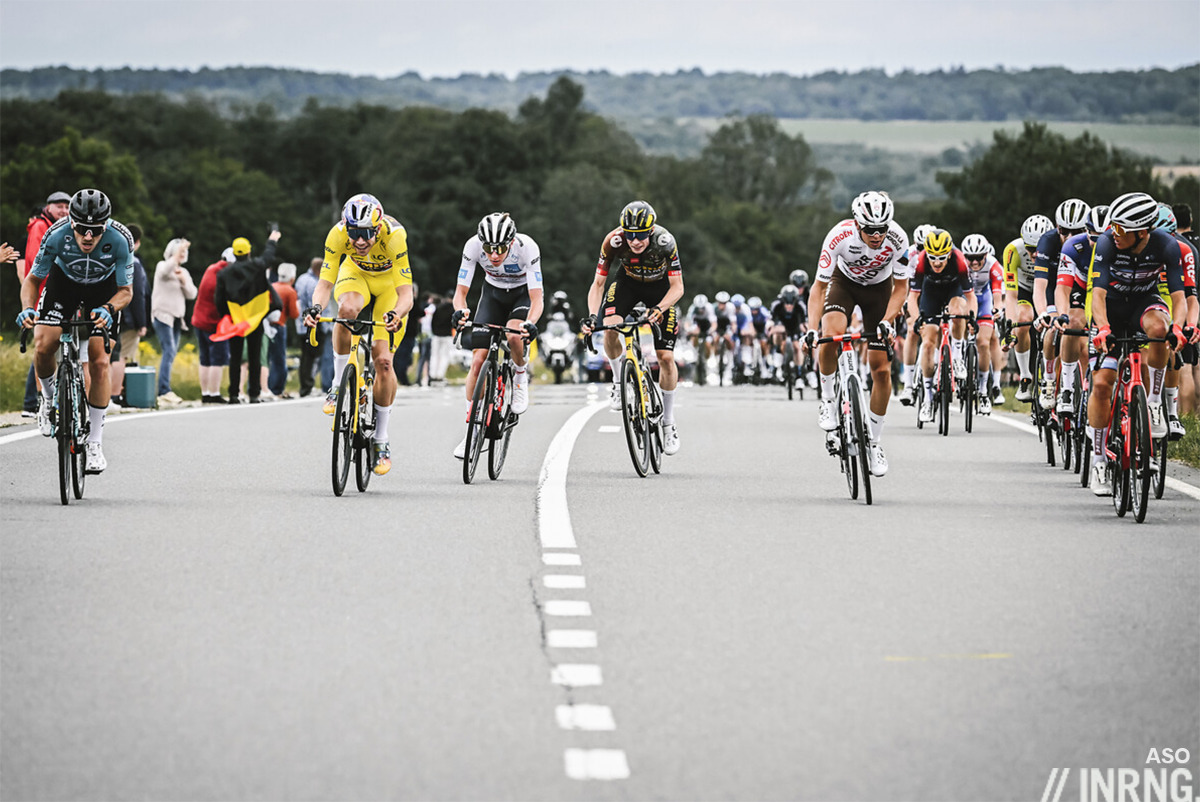 The final highlight of the year? It’s hard, because to pick one is to exclude so many. So here’s a cop-out with several quick picks from 2022 which has proved to be an excellent vintage.

Having picked two Tour de France stages already, why stop there? There were many other good days. Wout van Aert’s win in Calais was lively and instructive but the action only came late that day. The pavé stage was hectic, with a surprise win but Roglič’s woes were a downer to cancel things out. Bob Jungels’ win in Châtel marked a big day with action from the start but seeing the GC riders mark each other wasn’t as good as other days. The Hautacam day did see action to the end with a quality breakaway overhauled on the final climb. Several other days were very lively too and it was satisfying to see the breakaways get their rewards, the Tour’s becoming a kind of daily world championships with intense racing almost every day… except for the sprints but these are still a thrill for the final 20km. 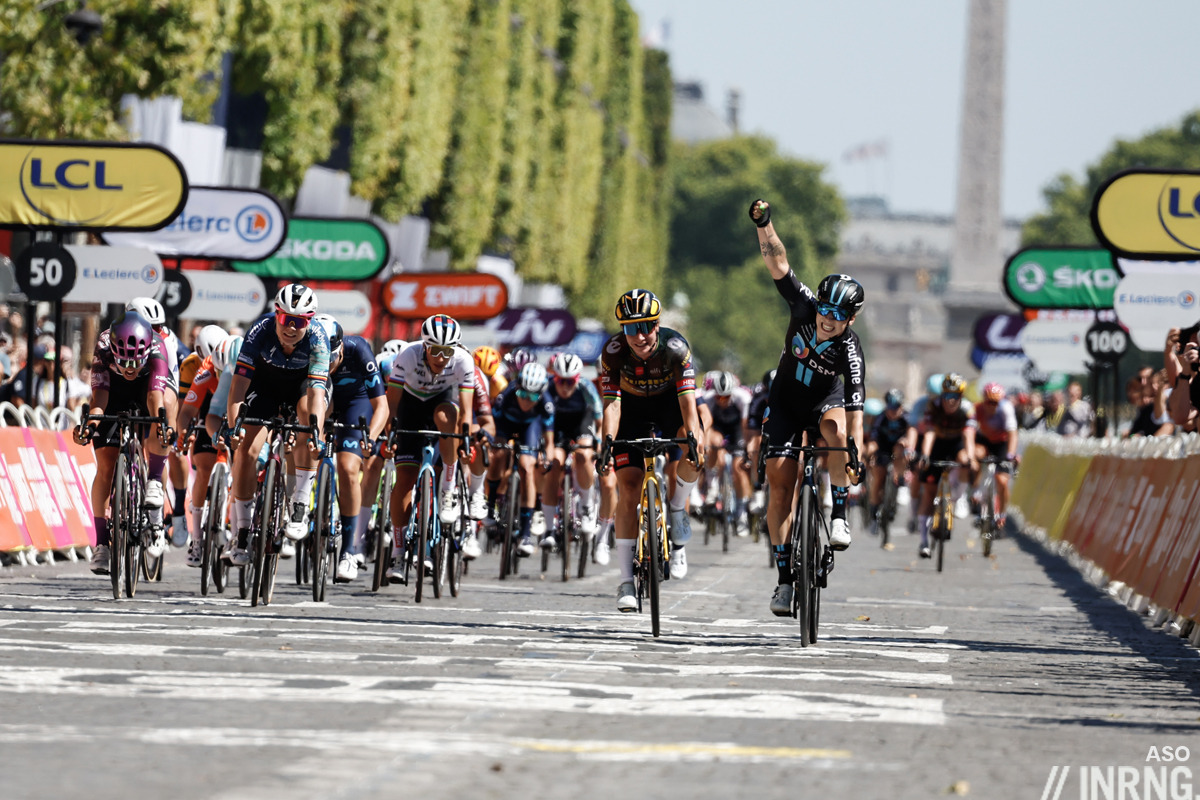 Staying with the Tour as the men’s race approached Paris, the women set off. Now I’d watch, and many readers of a niche cycling blog would too… but would millions of others tune in after weeks of watching the Tour, and could the racing deliver? The answer is yes, oui. The course helped deliver some variety. The Champs Elysées offered glamour before the race headed for rural Franc this meant field art and tractors, just like the men. Above all it was just good sport, the second day’s crosswinds allowed Marianne Vos to take yellow and if Annemiek van Vleuten was the inevitable winner, she was struggling with illness mid-week, then dropped on a descent on the final day to add some spice to it all. With hindsight the Tour factor really worked. There are plenty of races on the French calendar but few are followed by the general public, when Paris-Nice comes to town, even a one horse town, there can be complaints about road closures. But the Tour is on a whole different level, a sports event that’s also a socio-cultural institution. So taking the Tour label to a women’s race helped make it an instant hit, it got more crowds than, say, the men in a stage of the Dauphiné. It also brings in politicians and sponsors alike. 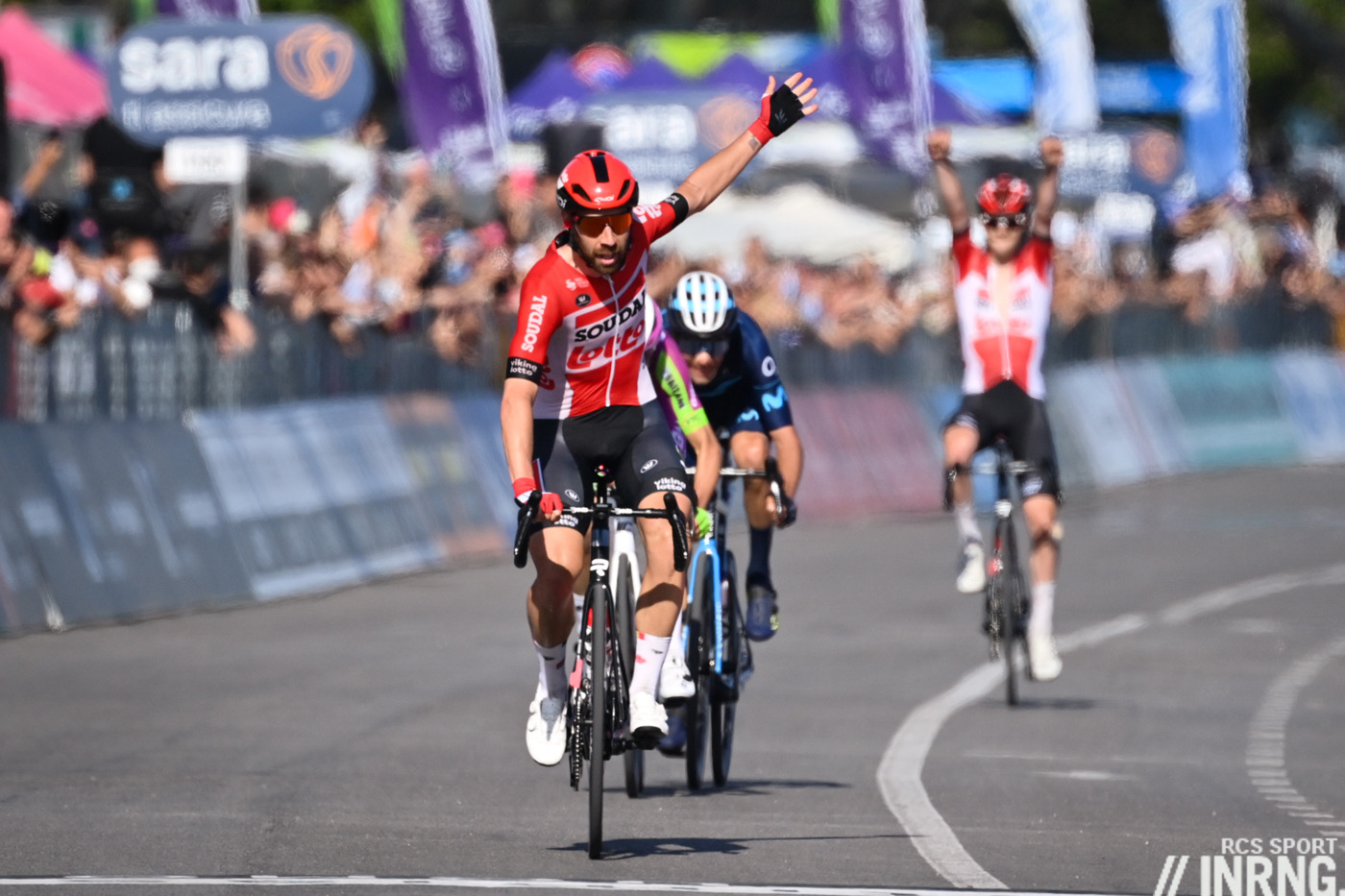 Sure the Giro wasn’t a vintage edition, it didn’t pass the “DVD test” as in you would not go and buy the DVD highlights to watch over winter; of course these days you’d probably need to buy a DVD player as well but that just makes the test even stronger. Anyway there were some great days, Thomas De Gendt’s win in Napoli was satisfying as the breakaway expert showed he’s still got it, and held off Mathieu van der Poel’s late charge with the Dutchman a catalyst on many days. Biniam Girmay’s stage win was exciting for the way he outplayed Van der Poel. With hindsight MvdP doing the classics and the Giro and then the Tour was too much and he turned stale by the summer. 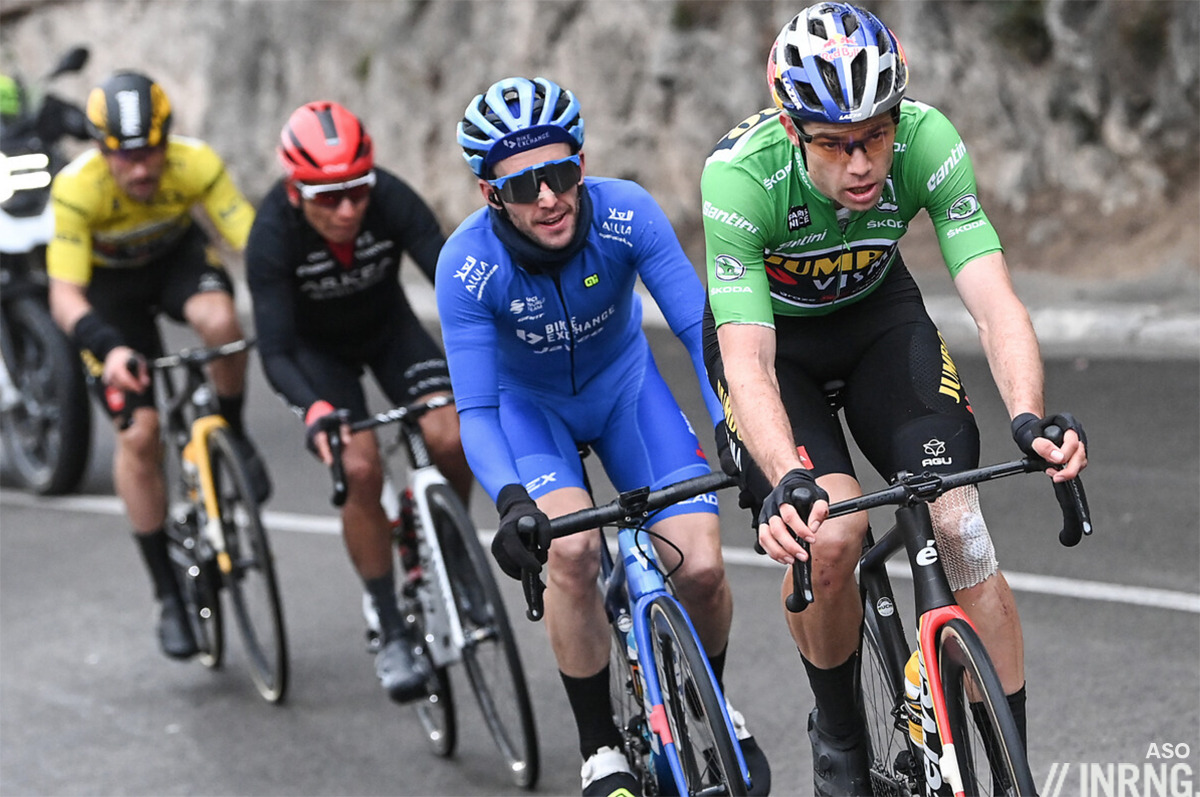 Paris-Nice thrives if the wind gets up and sure enough we got textbook echelon racing on the early stages. There was also another exciting final stage with Simon Yates going on the attack to take the final stage and almost win the overall were it not for Wout van Aert towing Roglič over the Col d’Eze and into Nice, a tense end to a lively week. It’s not exactly perceptive hindsight given Jumbo-Visma said the team was a dress rehearsal for July but WvA’s work for his team leaders while dressed in green is notable. 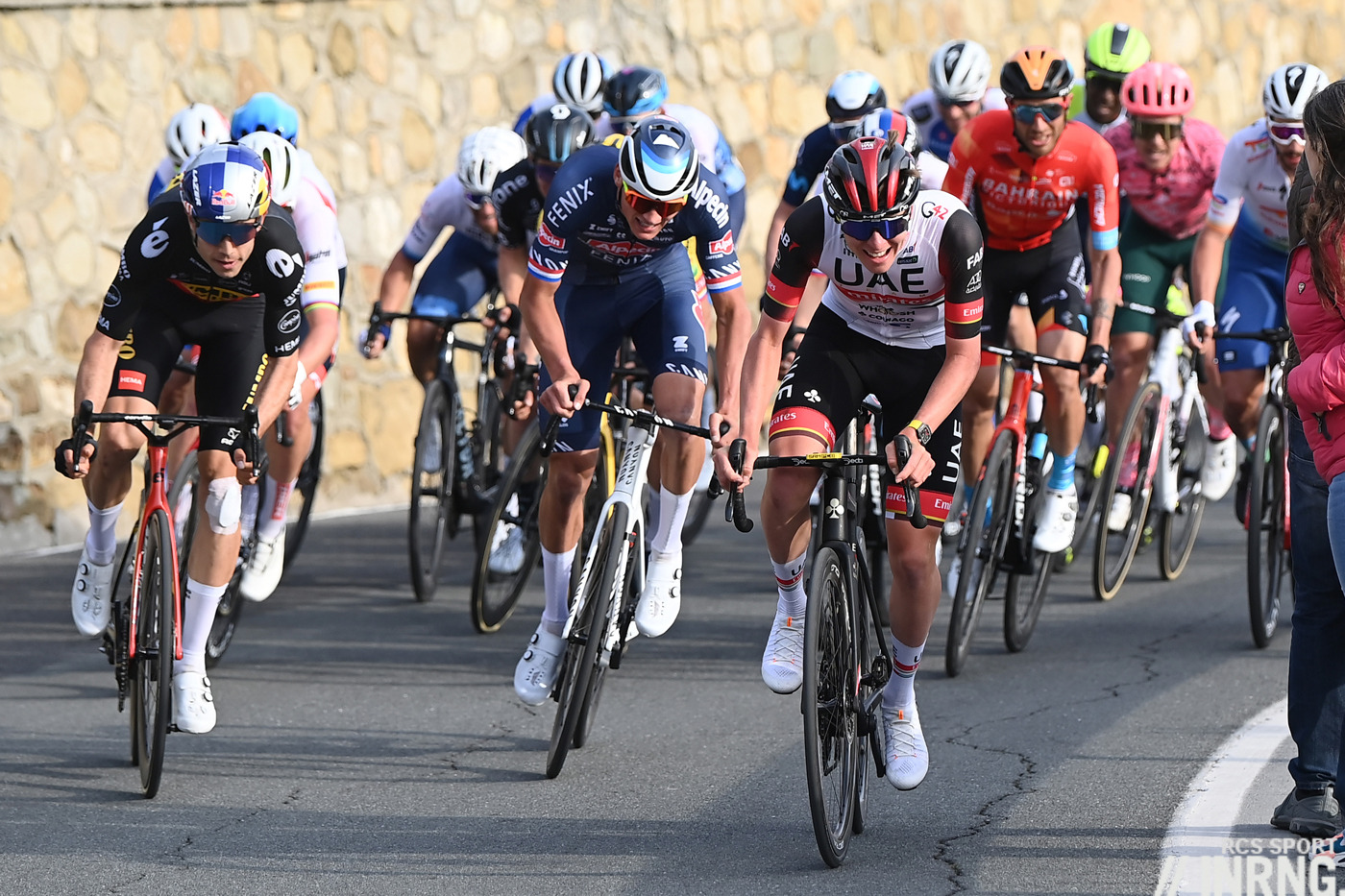 Milano-Sanremo’s always a thrill, 290km where the tension ratchets up. Sure you could tune in for the Poggio and if it was a film it would test the audience but there’s something about the slow build up that works.

The cobbled classics always bring entertainment. To pick among them, the Ronde van Vlaanderen was tense although the circuit with the Oude Kwaremont-Paterberg combo is becoming too familiar. Still seeing Pogačar giving it everything up the Paterberg was special, when was the last time we saw the Tour de France winner doing this? The final sprint was wild as Madouas and Van Baarle closed in. Gent-Wevelgem was good too, you could see Girmay in the right place in the E3 race just before, this time he got the better of Jumbo-Visma by beating Christophe Laporte in a four-up sprint. 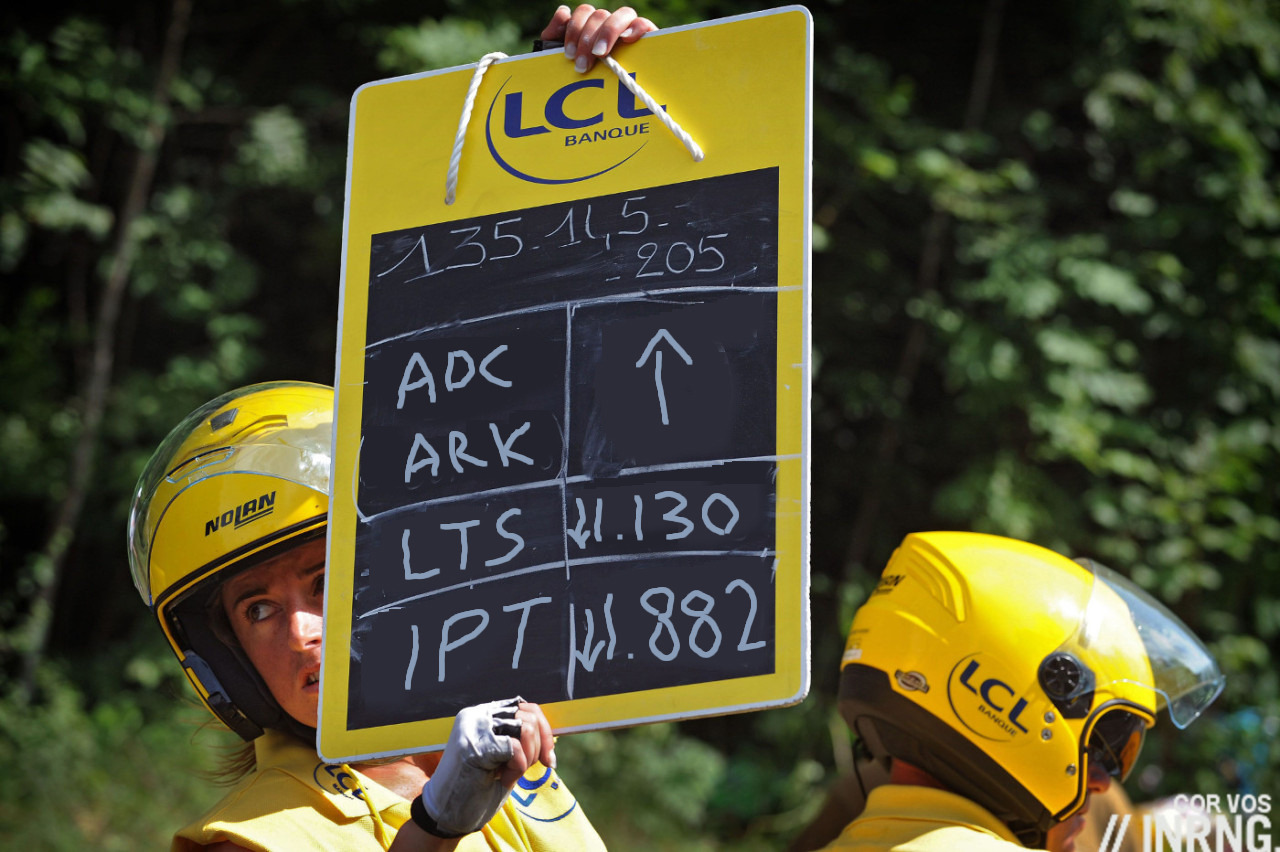 The promotion/relegation contest brought spice to many a race and gave added importance to many a small race, a depth like the general classification does in a stage race. As this is the highlights of the year, we’ll park the negatives it brought for another day. The excitement came because it was close for much of the season with Lotto-Soudal just overhauling BikeExchange-Jayco mid-season. Who knew opening a spreadsheet every Tuesday morning would be so exciting? 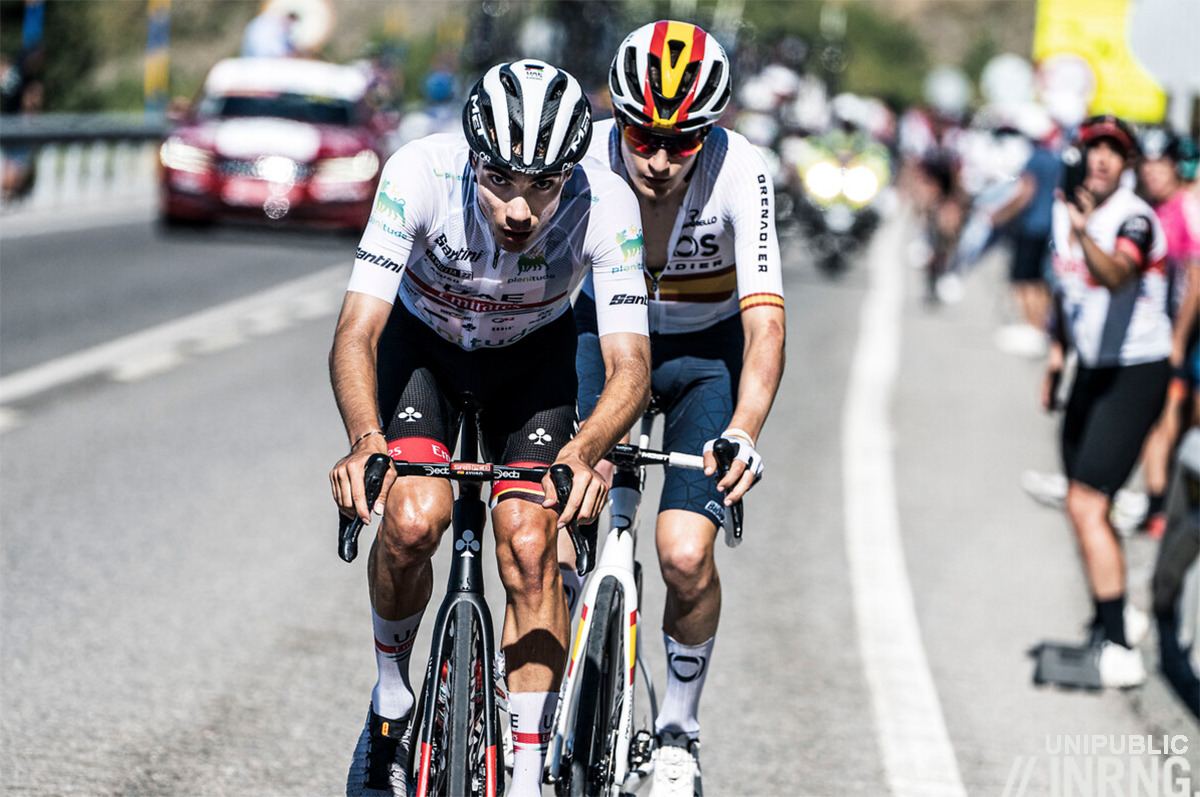 The Vuelta’s always bringing tapas cycling, bite-sized action almost every day. Some days were a feast for the eyes with plenty of action and seeing Carlos Rodriguez and Juan Ayuso thriving was impressive as Spanish cycling needs a superstar. Ayuso was one of this blog’s neo-pros of the tear, an obvious pick, but is still remarkable for the way he looks like seasoned pro already. He was also a protagonist in February’s Drôme Classic race which was a great afternoon’s sport.

The World Championships were fun, in a way the women’s and men’s races needed to be combined: to have the action from the start of the men’s race where the French team riding à la Voeckler went on the attack early and split the field; plus the finish of the women’s race with the winner unknown right until the end and Van Vleuten mugging the field to cap her stellar season.

And there were so many other great days. After getting overhauled by Miguel Angel Lopez in the Tour of the Alps, Thibaut Pinot’s win the next day was memorable for the mask on his face as he fought for his first win after a long lean spell and rehab. With hindsight he got one over on Lopez and there’s added poignancy given Lopez’s reported links to Operation Ilex.

Mark Cavendish’s win in the British championships was special. On a day when you have many browser tabs open to various championships I tuned in to the GB race and saw him with a few others up the road and without the KM to go graphic, thought it meant the finish was near. Only it was practically the start and Cavendish was making moves all afternoon before winning the final sprint in what looked like test of stamina than speed.

Where to stop? Andreas Leknessund’s Tour of Norway win was special, a breakaway where he kept going solo to win the stage and take the overall in a race he’d seen from the roadside once as a child and thought “I’d like to do that“, and sure enough he did. Ion Izagirre getting knocked off on the final climb of Arrate in the Tour of the Basque Country only to come back and take the stage. Stage 5 of the Tour de Suisse, furnace like conditions and a hectic final hour on a tricky circuit, and if many riders would leave this race because of Covid, the glass-half full view is the peloton got the wake-up call in June rather than July. More? Make suggestions in the comments below…

And it all starts again in less than a month.