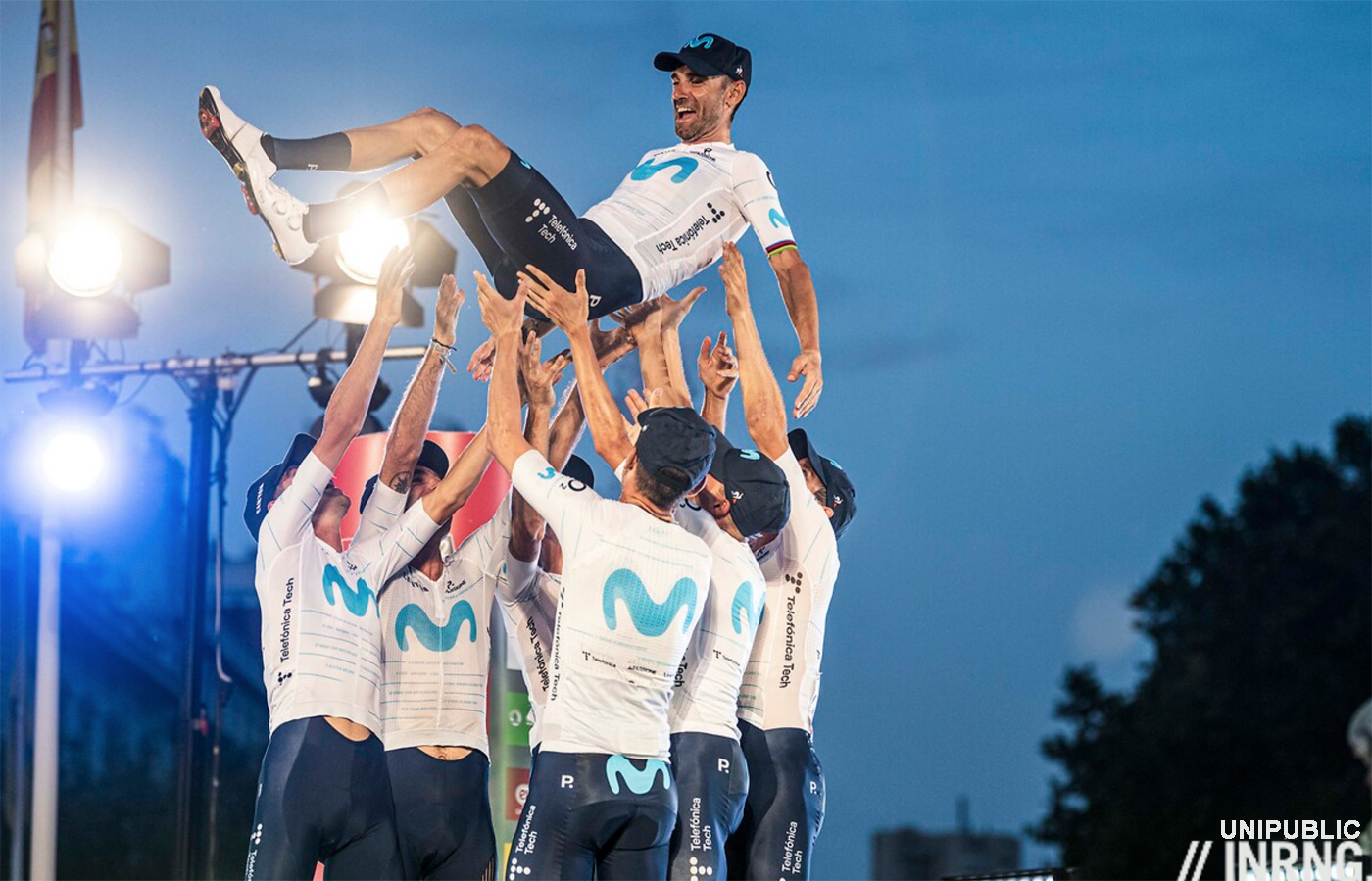 The points from the Vuelta a España are banked and Movistar have plenty to cheer about. For Israel-PremierTech things are doomed as they’re now further adrift from 18th place and security than they have been all season. Team owner Sylvan Adams is threatening to sue if the rules are rewritten. 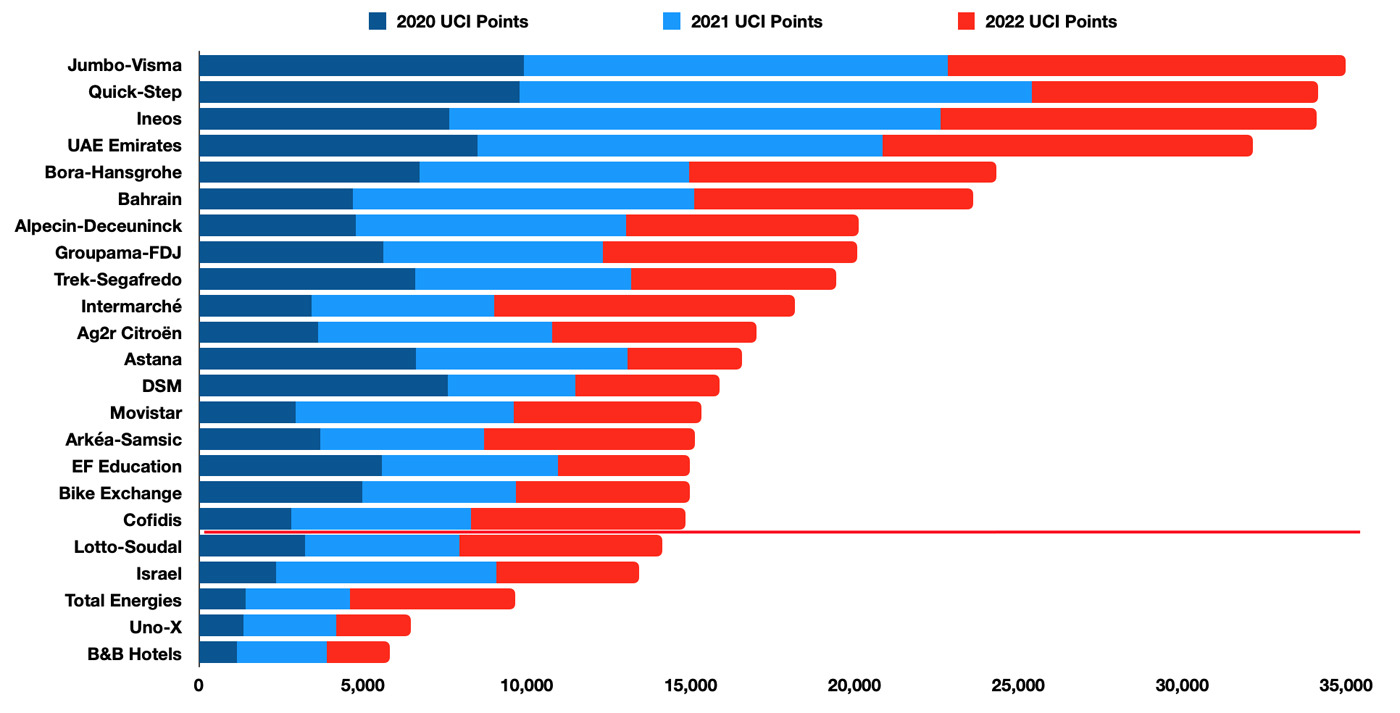 The chart above shows the results of this all, look at the right with Movistar’s dark blue line bounding from 18th place to 14th. It’s good for them but it’s not guaranteed safety for them yet as there’s less than 500 points between them and Cofidis in 18th place, things remain close. But there’s now 700 points between Cofidis and Lotto-Soudal in 19th place, safety and relegation and with six weeks’ left of the season it’s going to be hard to close this. For Israel-PremierTech things look irredeemable as they’re 1,405 points adrift of 18th place, this gap is now wider than it has been all season.

Last week saw a story that the UCI could expand the World Tour to 20 teams, only for the UCI itself to issue a press release closing this down… although if we’re picky, not categorically ruling it out either. The expansion to 20 teams is something Israel team boss Sylvan Adams wants, it’s his main demand of the UCI in a joint interview with cyclingnews and Velonews, although this got somewhat drowned out by his bold calls to sue the UCI and even challenge Tour de France organisers ASO by creating a rival race. He’s threatening to sue the UCI and invoke force majeure, only typically this involves parties agreeing a force majeure clause in a contract and seemingly the World Tour rules have no such provision: you can’t just say “force majeure” out loud. Even if you tried, then men’s pro cycling, to the credit of many, did deliver on almost all the big races of 2020 so it’d be an argument to test in court but a hard one. As for establishing a rival race, well it’s an audacious idea and he probably doesn’t really mean it. But the irony is that as things stand Adams’ team will surely want a wildcard invitation from ASO next year.

For all the possible criticisms of the structure of the sport, from the allocation of points to the World Tour calendar, the three year system and capping the World Tour at 18 teams, they’re the same for each team. The one thing that Adams has direct control over is his team and recruitment decisions.