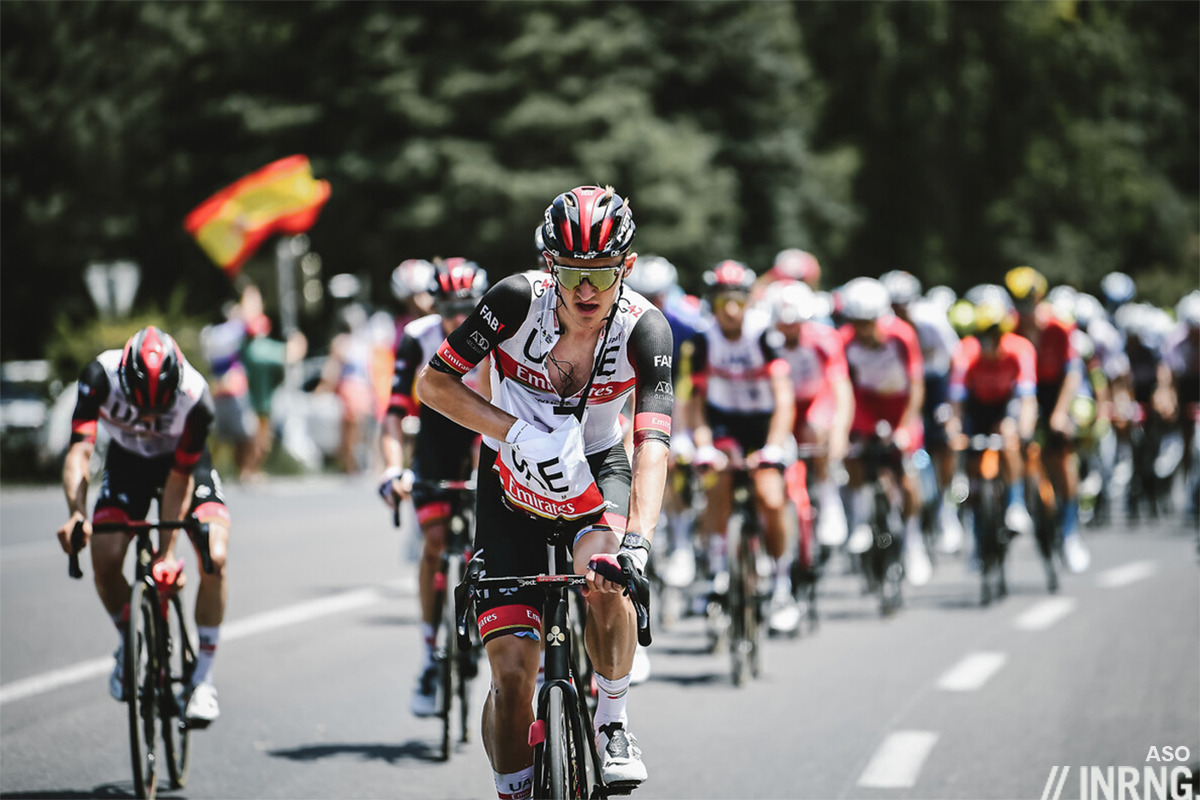 Racing looks more intense these days and some data supports this, like when you look at the watts, a literal measure of energy used. This is in part sustained by a big increase in the amount of calories consumed during a race, intake has almost doubled over in recent years. It feels like a quiet revolution, certainly a significant change in habits.

Food for racing has changed over the years. A century ago riders were drinking wine and eating meat on the go. By the 1950s ravitaillements would see riders top up their bidons with water and, if they wanted, sugar cubes and soft drinks. The “Sunday in Hell” documentary from 1976 suggests the breakfast of champions was steak, certainly riders were filmed eating slabs of beef on the morning of Paris-Roubaix. Carbohydrates have taken over, pasta and rice are staples for breakfast and dinner alike. Perhaps another day maybe we can look at the history of race food but the story now is how riders have gone from dining to fuelling. Riders still get cakes and sandwiches in their musettes but as treats rather than staples. Today’s riders don’t eat, they consume fuel and barely have to chew with energy drinks and gels in sachets.

Only a few years ago the recommended amount for riding was 30-60 grams of carbohydrates per hour, which works out at about 120-240 calories an hour (nerd bit: kilocalories, kcal, but everyone apart from lab chemists and physics boffins uses calories and kilocalories/kcal interchangeably). By the way that’s not some hand-me-down advice but from a sports science journal from 2016 and for long a consensus.

Now the calorie intake during racing is more like 400-500 calories per hour. This is a revolution rather than an incremental change. In a short space of time the amount of energy ingested has doubled.

400-500 calories an hour is a lot. A typical energy bar like a Powerbar is 200 calories, a Named energy gel is 70 calories. We can do some simple addition, they’re round numbers for ease of illustration. On a big mountain stage or a monument classic a rider can burn 6,000 calories. The body has roughly 2,000 calories in glycogen reserves. Consume 500 calories an hour for six hours and that’s 500 x 6 = 3,000 calories and so we’re at 2,000 + 3,000 = 5,000 calories and not far short of the day’s expenditure, add breakfast or food just before the race, and the body able to tap into bodyfat reserves and you can cover the day’s efforts. Try the older suggested rate of 240 calories an hour and it’s 240 x 6 = 1,440 calories, this comes up much shorter. Only it’s not so simple, the body isn’t a steam train where you can just shovel in more coal to up the pace, nor a car where you add fuel to keep the tank topped up. 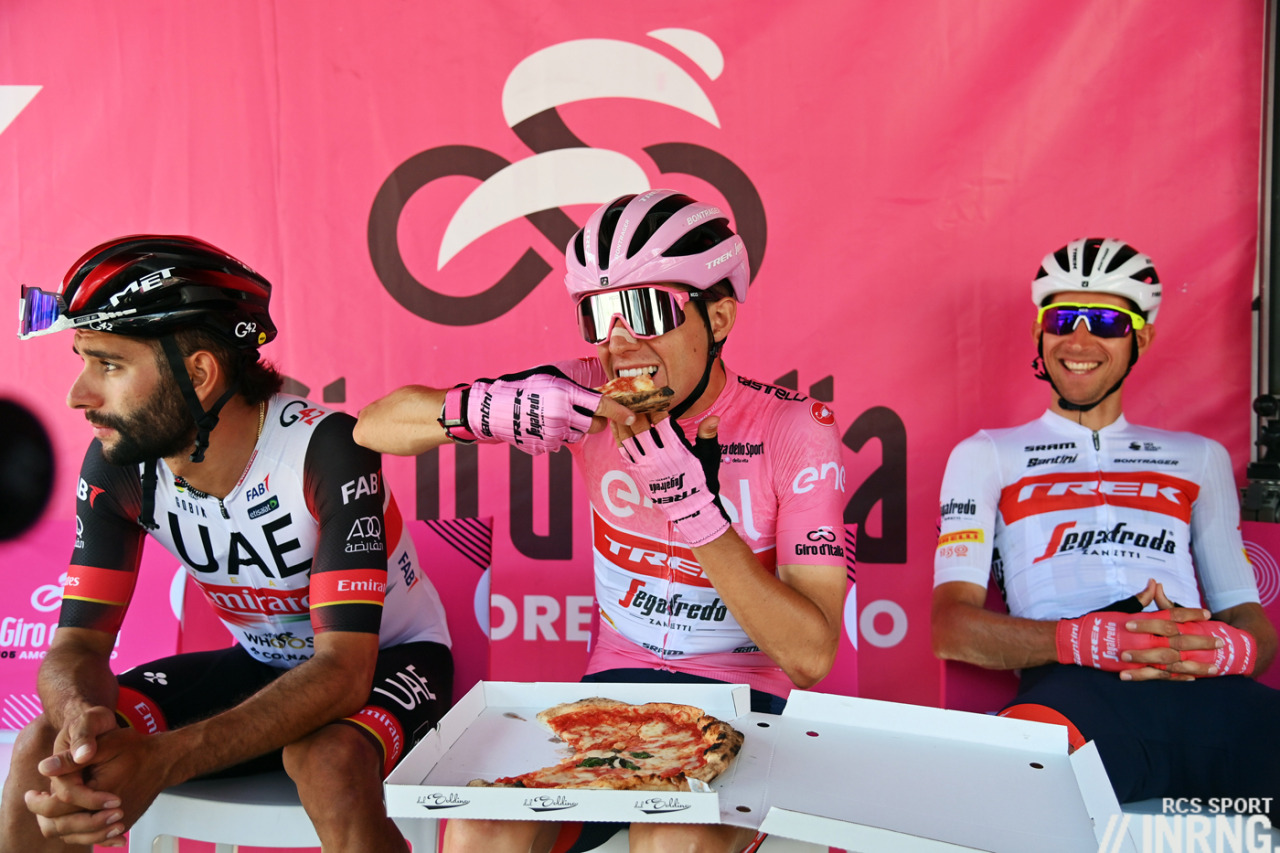 The increased calorie consumption is not about gorging on foods, instead it’s about absorption and uptake. So no BBQs, no pizza, no handfuls of nuts or any other calorie-rich food can help much, it’s not even about more rice and pasta, the race staple now is monosaccharides consumed via gels, bars and bottles. Here for endurance athletes the real issue is one of uptake, the journey of the molecules from the gel packet to your muscles: it’s the rate of which calories can be ingested and supplied to the muscles and crucially oxidised. This is where the change comes with products that allow greater oxidisation of calories and also a greater willingness to slam more energy food down. It was previously thought that the body could only process so many calories in one go but research has shown if there’s a mix of monosaccharide sources, such as glucose and fructose, then the body can oxidise more, this isn’t new but it’s taken a while to become settled advice. It’s gone from the lab and nutrition journals to the peloton via various nutrition brands over the last few years with many companies now offering this kind of 2:1 mix of carbohydrate energy, often delivered with extra additives to further help absorption. For older riders used to eating in their own time, even those who prided themselves on being able to burn fat, this has been a change and probably for young and old alike there’s a variability, being a rider who can cope with this intake is a performance advantage. Most pro teams have nutrition sponsors but it’s common for riders to get products from other companies if it suits them better, see Cycling Weekly for a conspiratorial-toned article about several teams using Maurten’s products. 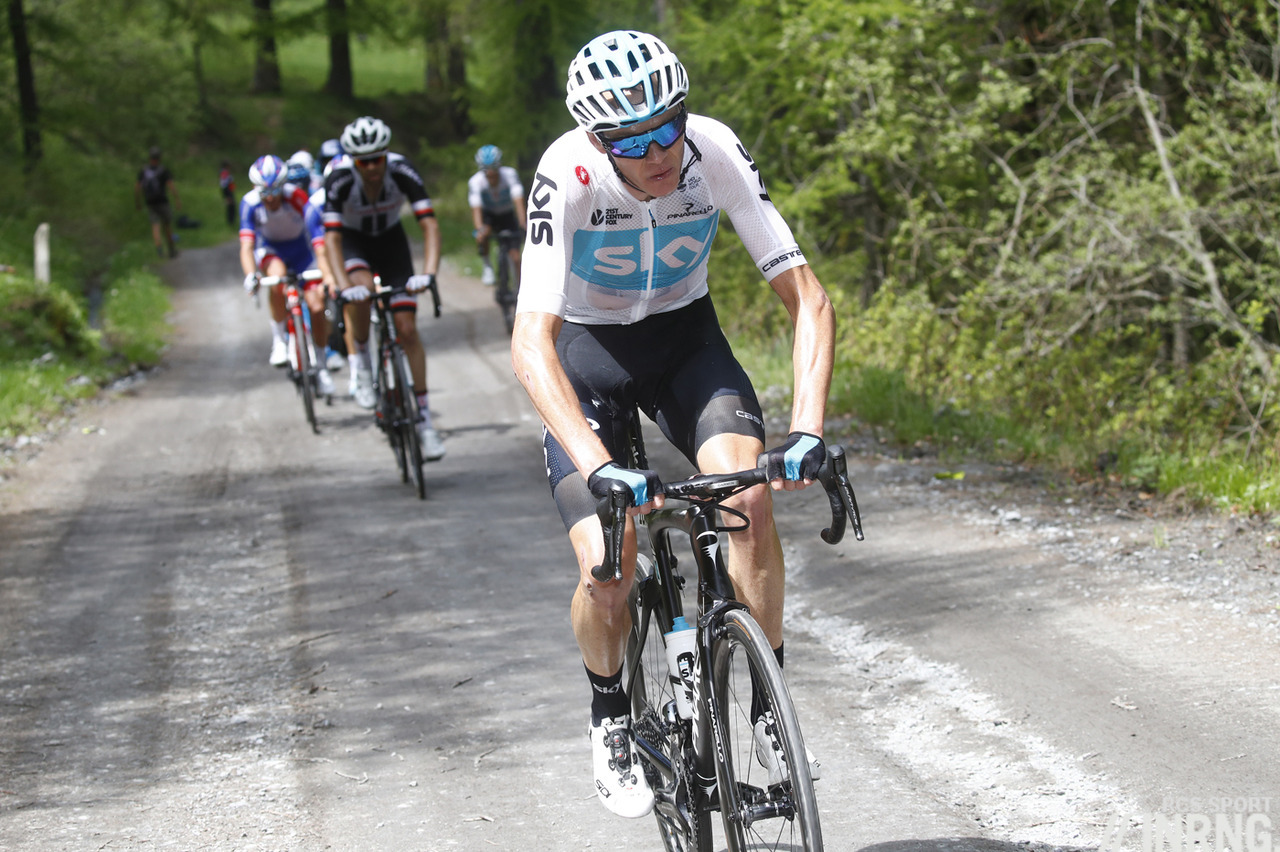 As well as appetite, one limiting factor can be logistics. There are dedicated feed zones in a race and a rider can drop back to the team car but many teams often place helpers beside the road at other spots along the course, although this requires extra staff and vehicles. Even if you think you see a bottle being handed up, it could contain a carb drink and look closely and you’ll often see energy gels or bars taped or tied to the bottle, it’s one way to hand up all this extra energy. Chris Froome’s raid to the Jafferau in the 2018 Giro is a good example, his team placed several people on the Colle delle Finestre to hand up food and drink so could race with one bottle and be handed up gels when he’d need them rather than lugging a stash in his back pocket. He didn’t win the Giro because of this but it was taken into consideration.

The flipside to all of this is the risk of having too much, taking gels and energy drinks even if you really don’t feel like it, so hunger and listening to the body’s not the thing and there’s the risk of overconsumption. Whatever the product, they don’t always go down well, especially in the heat. You can have too much as well but thanks to a power meter and some software it’s also possible to get a very good number of the amount consumed for each rider each day in racing and training alike and so the intake before and after a race can be adjusted to suit. Similarly if a grand tour stage turned out to be a one of those days when nobody attacked, then a team and its staff can always shrink portion sizes for dinner.

Conclusion
Some of this will be obvious to some readers, and over-simplified too. But it still feels like the increased calorie consumption in bike racing is something to note here, in the last few years riders have doubled the in-race amount of food consumed, partly coming off the back of research but also just through trying to see if it worked. But racers are not eating more, it’s a stretch to call it food as riders are taking on fuel in the form of sugars. All this is a contributing factor to the high energy racing we’ve seen in recent years but just that, a factor alongside shorter distances, different mentalities, smaller team sizes, more live TV and more.