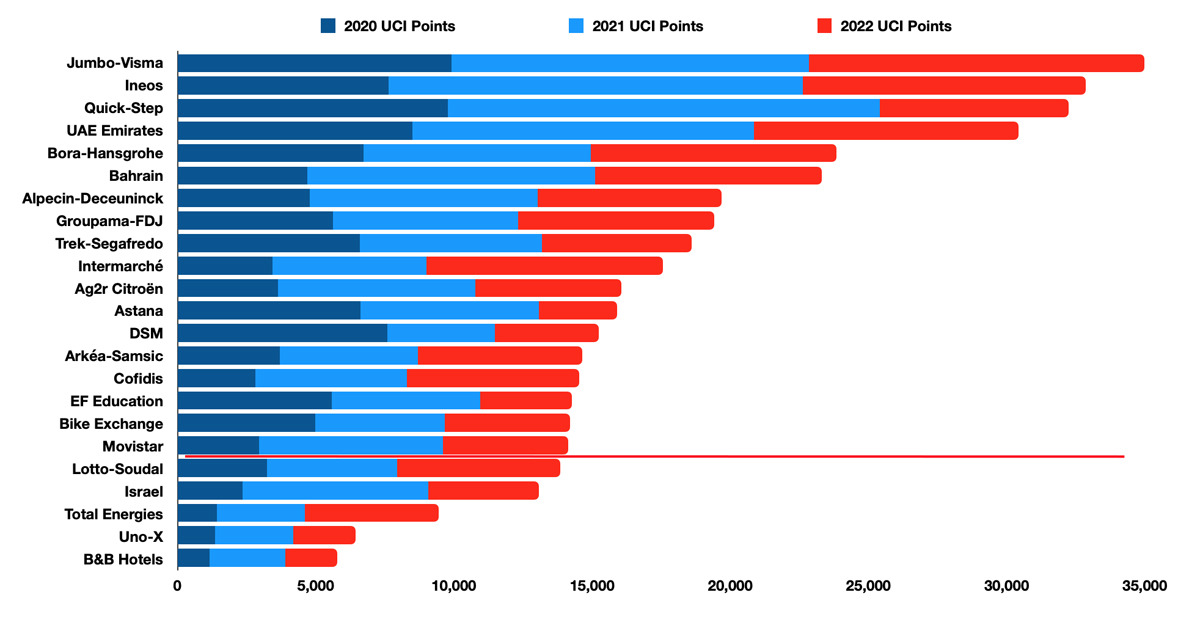 It’s getting very close at the bottom of the table with Arkéa-Samsic now feeling the stress too as they’re at risk of struggling for promotion.

Lotto-Soudal make a leap towards safety, they’re now just 288 points behind Movistar. But that’s during the Vuelta where Enric Mas is riding high on GC and the points for the grand tour are only added up once the race reaches Madrid, BikeExchange will hope Simon Yates can stay in the mix too. There’s only 619 points between Movistar, BikeExchange, EF Education and Cofidis so they’re all under pressure.

Arkéa-Samsic now join these struggling teams and this changes plenty because of instead of rising among the top-18 teams to knock an existing World Tour team down, were they to slip to 19th or lower then no team above is displaced, only Israel would be relegated. Things could get messy if the relegation matter then becomes dependent on Quintana’s appeal case because while the sporting calendar needs the issue settled by December, appeals can’t be rushed and everyone has to have time to build and present their respective cases.