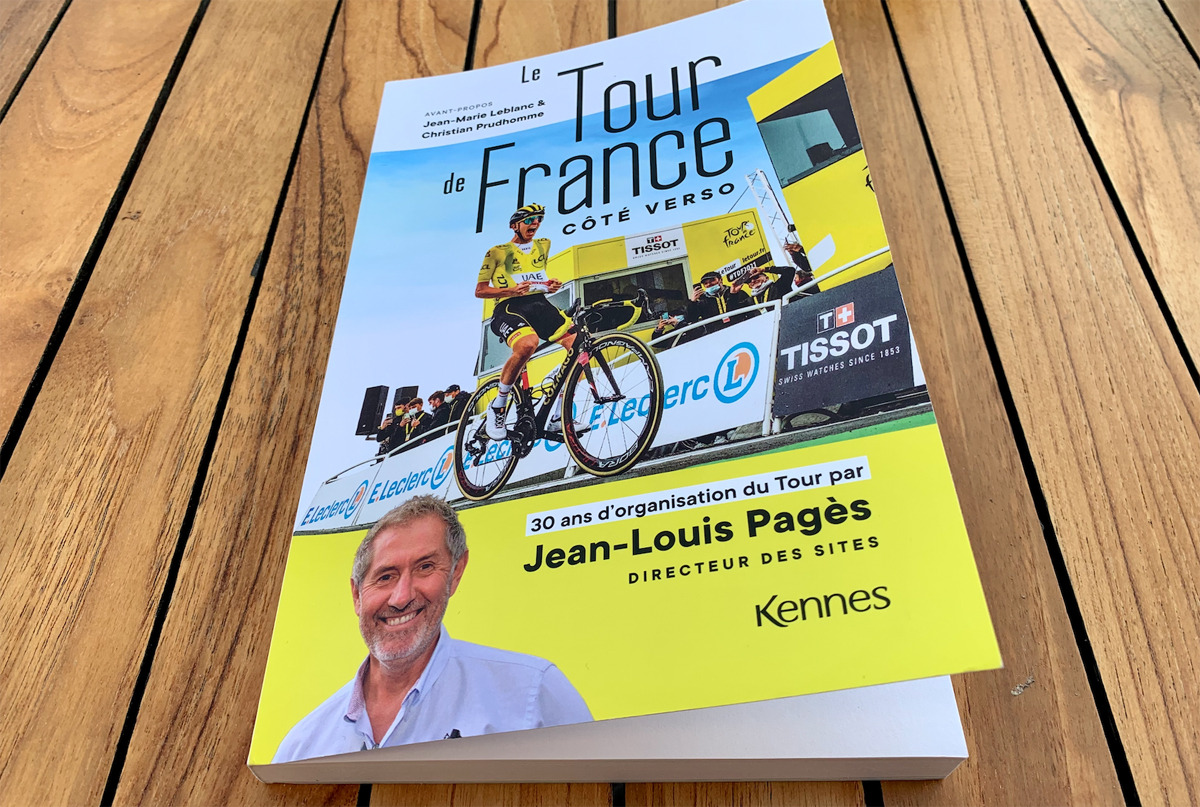 The Tour de France is a travelling circus and while all eyes are rightly on the riders and landscapes, it requires a shadow army of workers, many of whom work overnight. They put up barriers, lay cables, paint finish lines and more. For over 30 years Jean-Louis Pagès was part of this and eventually in charge of it all. This book explains much of the behind-the-scenes work that makes it all happen.

This book is in French and given the niche angle, not going to be translated in a hurry so only a portion of readers will go on to read the book. Why review? Because if some do, they’ll get to read about the logistics and personalities behind the Tour but it’s also a chance to look at the subject matter and the issues around it…

Jean-Louis Pagès is from the south of France and started out as a history and geography teacher but thanks to a cousin with a military background who was working for the Tour de France, he was asked if wanted to help out in the summer of 1984. He did, and over 30 years rose up the ranks to become the Directeur des Sites du Tour, responsible for the start and finish zones of the race. This is a crucial role and, as the book sets out in detail, there’s a lot of work involved. If you think someone just decides roughly where to have the start and finish and then on the day some trucks and workers appear to set up camp for the day… this book is here to correct that.

The job is far removed from Christian Prudhomme’s public role. Pagès features in a documentary by French TV channel M6 that goes behind the scenes of the Tour de France (1h12m50s onwards for the logistics) where some of the scenes in the book appear, from the pre-dawn act of tracing the finish line in person with a piece of chalk to his morning briefing to staff. 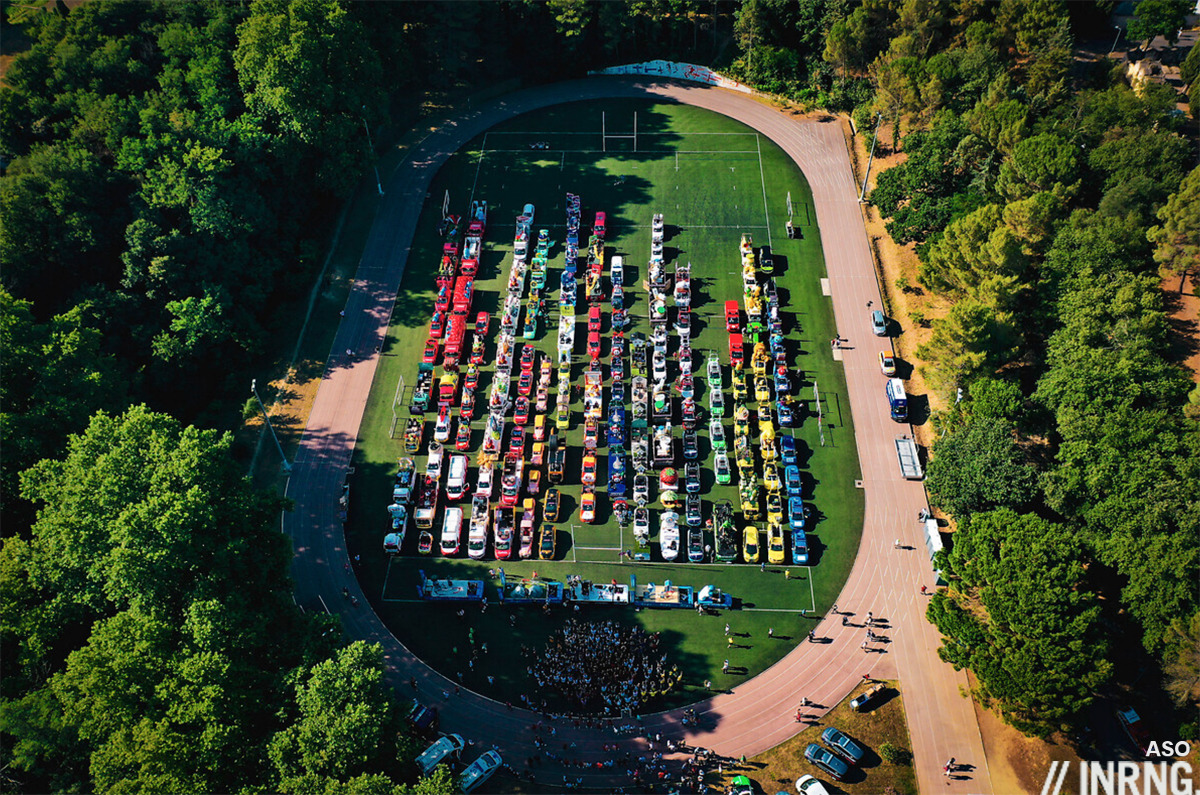 Pagès often worked privately, even anonymously, when sent to potential host towns to scope out their viability. He’d visit anonymously, walking and driving around and even duck questions when asked by locals why he was taking notes and measurements. Instead it’s all about quietly checking out the feel of the town and above all, the logistics from likely parking spots for the publicity caravanne to easy exit routes off a mountain. Multiple candidate towns meant he was driving 120,000km a year, with 200 hotel nights and there are anecdotes about local cuisine and icy hotels. It’s only once the race route was announced every October that he’d go back to the towns open discussions with local mayors about the logistics.

Sometimes the tail can wag the dog. Which side of a mountain to race up for a decisive summit finish? Pagès had his say and sway, arguing one side is better because it’ll allow the caravan easier access off the mountain and sometimes this could be a decisive factor although most often he’d often be crucial to deciding where in a host town the finish would be.

Pagès’s tale also is one of the Tour’s enormous growth. Others will measure this by audience reach or annual income, this book supplies beaucoup anecdotes. When he joined the Tour riders signed on for each stage at a converted street market stall, while the finish line was just that, a white line painted on the road sans arch, and a flatbed truck was used for the podium ceremony. Then came a start village, a dedicated podium and more. Today the Tour is so big it travels with 2.5 megawatts of power generators to help supply the zone technique where every day 50-60km of cables are laid and recoiled while the start village gone from a few stalls to a 5,000m² exhibition zone and the finish area typically requires about 70,000m² – about 10 football pitches – and that’s just the footprint each day of the two sites, there are so many other details with plenty in between as well.

Many might remember the 2007 Tour de France for its scandal. The summit finish on the Col d’Aubisque saw Michael Rasmussen’s last day in the yellow jersey ahead of his rest day exit in Pau. For Pagès, the Aubisque summit finish marked an important change as it was the first time for him that the Tour’s finish zone was scaled back so that it could fit at the top of the pass, for the first time ever parts of the zone technique were located further down the mountain. It worked, and ever since this has allowed the big Tour to visit small places, think the Galibier summit finish in 2011 or the Col de la Loze in 2020. Yet this is only by redistributing elements of the finish elsewhere.

Often the Tour’s enormity is a challenge, in the words of one time race director Jacques Goddet to a young Pagès: “there are no problems, just solutions“. A summit finish atop the Galibier? The top is just a mere bend in the road, there’s barely parking for ten cars. But Pagès made it happen, even when race director Christian Prudhomme was ready to settle for a finish lower down. 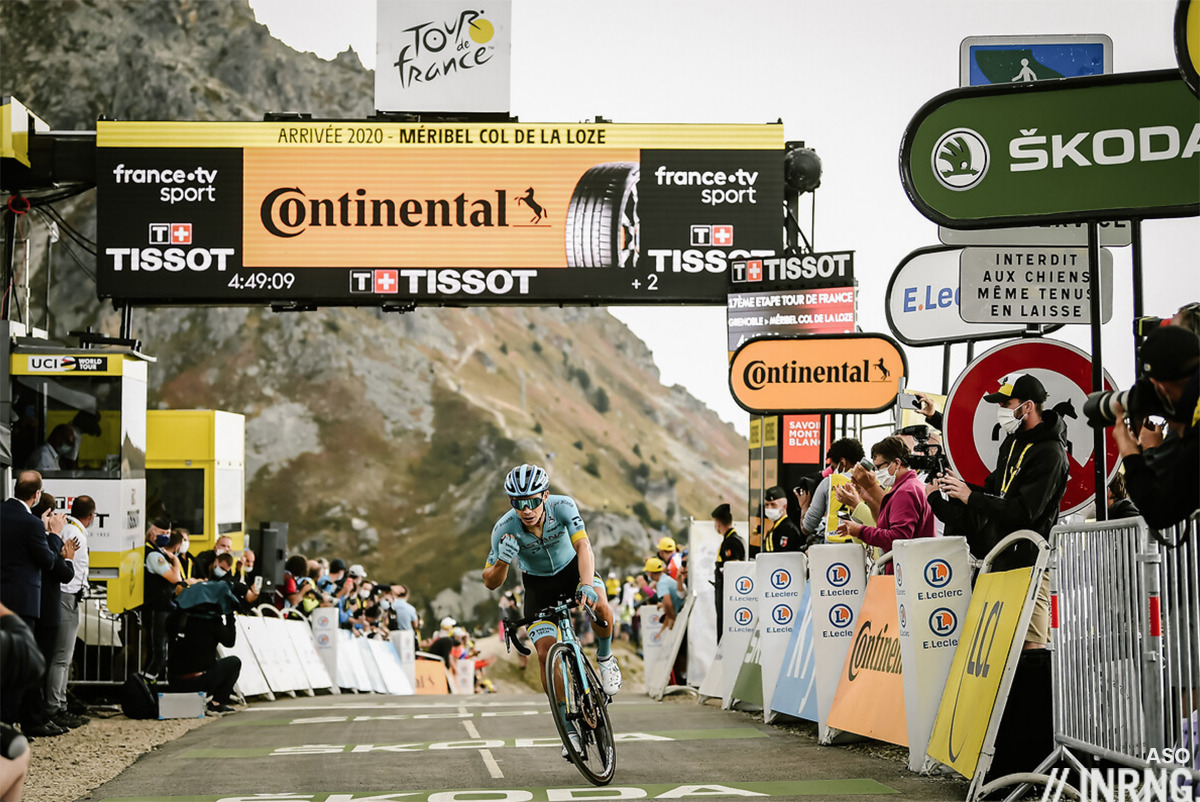 Yet while there’s plenty of pride in a job often well done, it’s not a triumphant account. The book does conclude with a long reflection about the scale of the race, 4,500 people on the move in 2,400 vehicles every day, the resources it consumes and whether this can be reduced without degrading the event. Pagès also dwells on the inflationary tendency where each Tour must have more than the last. A summit finish must be higher, there must be more cobbles, the Planche des Belles Filles’s novelty as a fierce summit finish isn’t enough, along comes the “Super Planche” and going by the trends it’s a matter of time until the men’s race has a gravel stage, then two.

For Pagès though it’s always about the logistics. He’s not a cyclist and deliberately avoided hiring cyclists or sports fans as finish zone workers because they’d be distracted by the race in July. It’s also the grind involved to make it happen, whether toiling workers rousing from bunkbeds inside adapted coaches at odd hours, or the countless hours of meetings amid the mille-feuille of local government.

The organisation has got harder, the Tour is so big that its arrival in a town requires meetings and over the years the bureaucracy has grown, he’s gone from being able to look the mayor in the eye or to shake hands on something, to more meetings, bureaucracy and a world of badges and lanyards and worrying that a lack of personal contact is making the Tour less welcoming for host towns too. But perhaps his predecessor Richard Marillier, a retired special forces commando, felt the same when the Tour began to use laptops and cellphones in the late 80s rather than paper maps? Pagès has retired leaving his Stéphane Boury in charge now.

The Verdict
An interesting read in French about the logistics and politics of the Tour de France, there are plenty of anecdotes about the race, politics and ASO along the way; including chapter and verse on the Orica bus in Corsica. The repeat themes are the work on the ground in advance of the route, and the difficulties of finding the right site given the demands the Tour makes keep on growing.