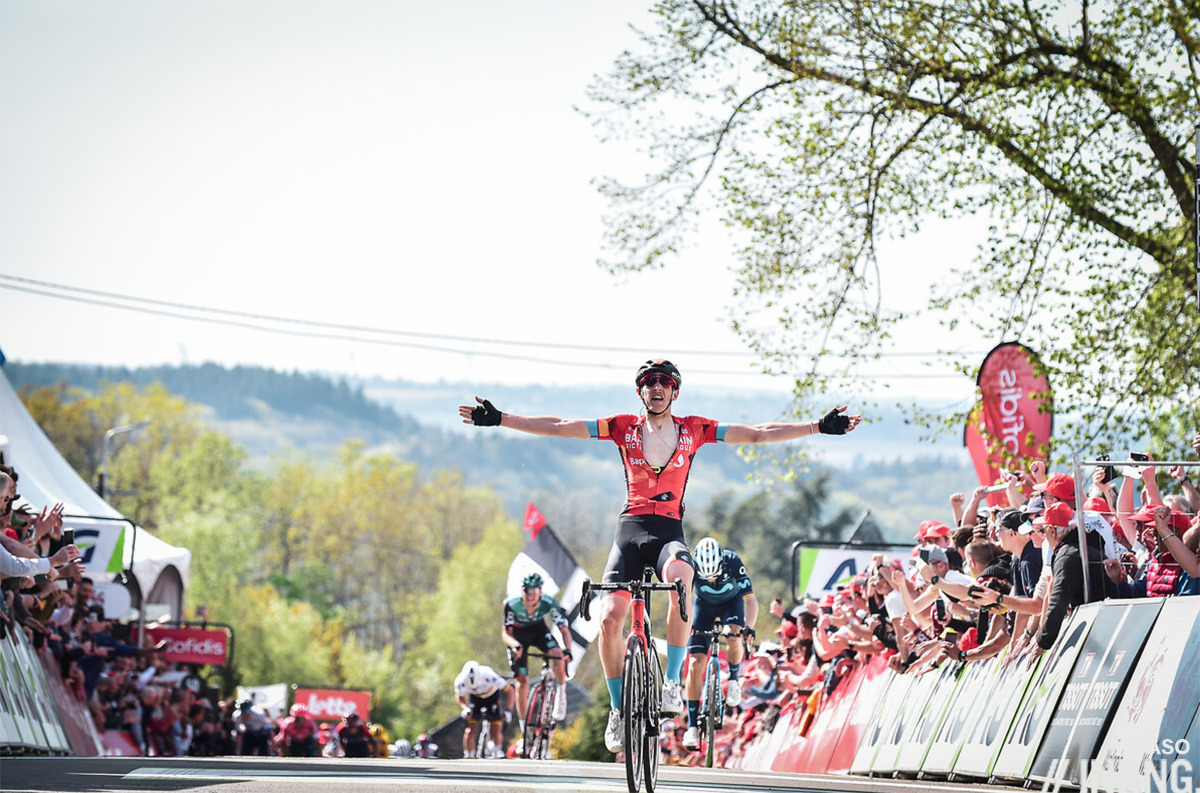 Dylan Teuns has moved from Bahrain to Israel-PremierTech. Pro cycling has a mid-season transfer window from 1-15 August and a move is possible if both teams agree and the UCI approves. He can help in their relegation battle but he’ll have to win big and often.

The first thought might be “Teuns, but they’ve got Woods for steep finishes” but that’s the point: they can score twice in a finish like this. The Israel team is facing relegation and Teuns can help score precious points. But he won’t bring any with him, under the rules any points scored so far this season stay with Bahrain, here’s the UCI rulebook screengrab:

The IPT team is about 1,000 points short of Movistar and the rest, and for context if he won the Vuelta with a stage along the way this would close the gap; likewise if he wins one of the Canadian GP races and Lombardia as well. But he can help the team in a different way, while teams are promoted and relegated on the basis of a three year system, the automatic invites to grand tours and other races are based of each year’s rankings and here Teuns can help Israel to pass TotalEnergies for the spot that guarantees the team automatic invites to all the grand tours next year and here the gap is only 433 points.

EF Education-Easypost are also doing the mid-season transfer thing too with Andrea Piccolo and the soon-to-be-announced Jefferson Cepeda, both from Androni-Drone Hopper where team manager Gianni Savio must have a spring in his step from the likely release fees. Piccolo probably holds some kind of record for the most teams in a short space of time: turning pro with Astana in 2021 but leaving mid-way in his first season because of post-viral fatigue from mononucleosis / glandular fever, then signing with Gazprom for 2022 only for the team to halt this year, moving to Drone Hopper this summer for about a month… and now to EF. Both can help score points.

As current World Tour teams Israel and EF have, like all the others, been paying an annual fee to the UCI for their licence, it’s €85,000. On top of this there’s the anti-doping contribution of €134,774 while second tier Pro Teams pay €90,203. So there’s a degree of proportionality here. However, the UCI and the International Testing Agency, the body that runs the anti-doping programme for the UCI, wants more funding and one route to do this is to make the fee more proportional still and charge a percentage of the annual team budget instead of a fixed fee. So Ineos would pay a lot more than Cofidis, getting on for five times as much given the British team’s budget is almost five times that of the French one. You can argue this both ways, richer teams should fund more; or that every team has a duty to pay in. Indeed it seems that this is exactly what is going on between the teams and the UCI…

Staying with anti-doping, alas… the Volta a Portugal is on at the moment. Its history back to 1927 – it predates the Vuelta a España – and it used to be three weeks long until the 1980s. Now it’s a 10 day race but the recent history isn’t so glorious, several local teams and riders have had doping scandals over the years to the point where the race has a reputation of a two-speed event. Some laugh at this, others shrug but it shouldn’t really be like this. The police this year seem to be taking matters into their hands with a dragnet operation to roust several riders before the race.

Onto a brighter outlook, Groupama-FDJ have signed seven riders from their development team to the main team. And more are turning pro with other teams, such as sprint powerhouse Jensen Plowright to Alpecin-Deceuninck. It’s an impressive ratio and a self-fulfilling one as it’ll help the squad attract more talent although they were hardly short to start with, many an agent is delighted if they can place a rider on the squad.

Why have a development squad when you can sign riders straight from the junior ranks? Bora-Hansgrohe have done this with Cian Uijtdebroeks, Quinn Simmons is another example to Trek-Segafredo. Well Ineos could still have a devo team but they’ve hired 18 year old Josh Tarling and another young rider to make the move up, like new team mate Carlos Rodríguez…

… will Carlos Rodríguez stay with Ineos? Movistar are keen to sign him and with Valverde retiring, they need a replacement leader and his exit frees up budget. But the team’s sponsorship runs out next year, they’re facing relegation and that’s not exactly a scenario to sign up for (and while Movistar ought to be safe, it’s a risk many riders will have to think about). There’s an immediate story here about Movistar trying to sign a top Spanish rider amid a global market for talent but a wider one as well with Spanish cycling at risk of going the way of Italian cycling where there are no World Tour teams left. 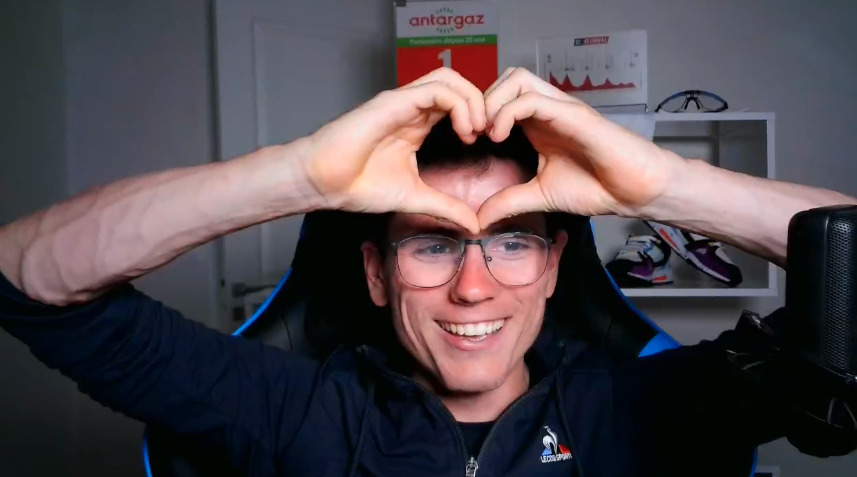 David Gaudu turned pro aged 20 and at the time this was seen as early, although he’d won the Tour de l’Avenir already. He’s been progressing each year and his fourth place in the Tour de France was a strong result, although how to improve on this is a big ask but with time perhaps he’ll improve yet more. One thing he probably can’t improve further is his video hosting abilities. He spent the best part of three hours holding court on streaming website Twitch (uploaded to Youtube now) about his Tour de France, a monologue covering team selection, every stage’s course of events and plenty that happened in the race. There’s plenty of detail, for example Antoine Duchesne was picked ahead of Bruno Armirail because he can handle the hustle and bustle of fighting for position better; or his watts (398W for the Planche des Belles Filles for 57.5kg = 6.9W/kg). He said the Netflix crew filming the race apparently didn’t understand cycling too well at the start of the Tour but learned quickly. Amusingly Gaudu tells how one of Pogačar’s attacks on a non-mountain stage came after Peter Sagan rode up alongside the yellow jersey (at the time, it was Stage 10) and said he didn’t have the balls to attack. Of course Pogačar had to prove otherwise and so the whole race went into a brief frenzy. Anyway, there are many more nuggets, it’s all completely unfiltered and personal which is the interest.