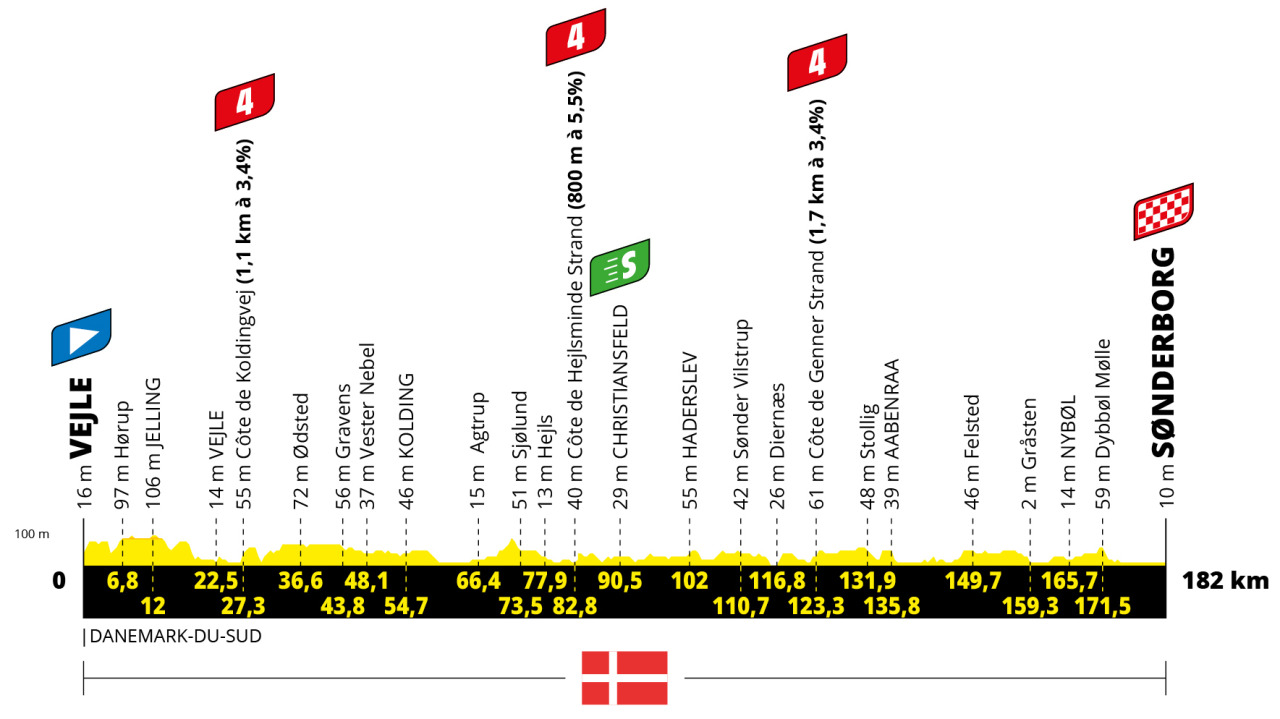 A pure stage for the sprinters on paper, and the forecast says there won’t be enough wind to blow the paper plans away either. 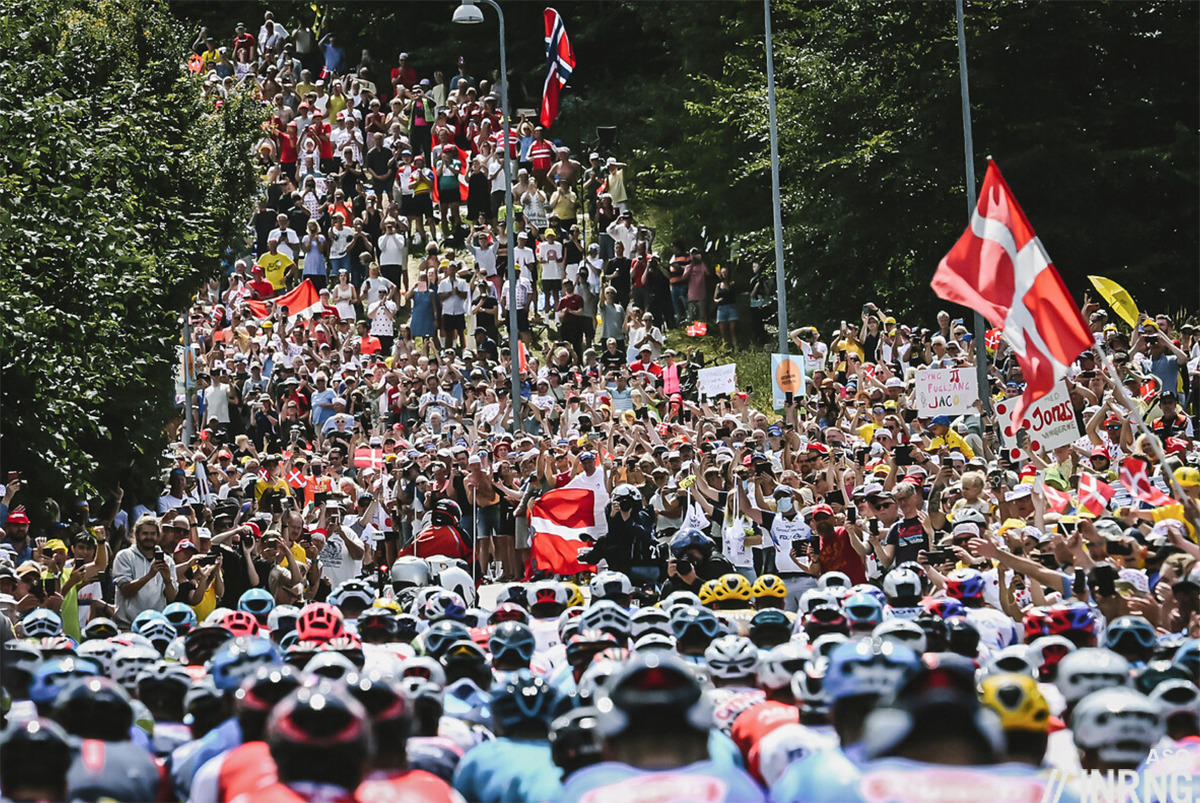 Import/Export: the crowds were out in force, a joy to see so many people enjoying a bike race. There are a few gripes in France about the race starting abroad but surely even the most ardent French nationalist-mercantilist ought to celebrate millions of Danes turning French for the day. Sure there’s a tidy payment of a reported €5.8 million from the Danes to a French company, ASO, as the hosting fee. But way more important than the cash, the Tour is a textbook export of France’s soft power. It’s also working the other way with the Danes showing how you get people cycling around town, an example many cities in France can learn from.

A less successful export was the B&B Hotels team, a case numerical inferiority when Pierre Rolland and Cyril Barthe were half of a four man break but got outfoxed by Magnus Cort for the mountains competition and the Dane ended up with a victory salute at the top of the third climb having taken each of the climbs and with them, the polka dot jersey. Sven Bystrøm held out solo for a long while to collect the combativity prize.

The Great Belt Bridge came and went, a tangle for Rigo Uran on the approach but he got back on with help from his team, ditto Yves Lampaert, but the wind wasn’t strong enough to ravage the peloton. A big crash inside the final three kilometres but no time losses, almost the entire field got the same time. 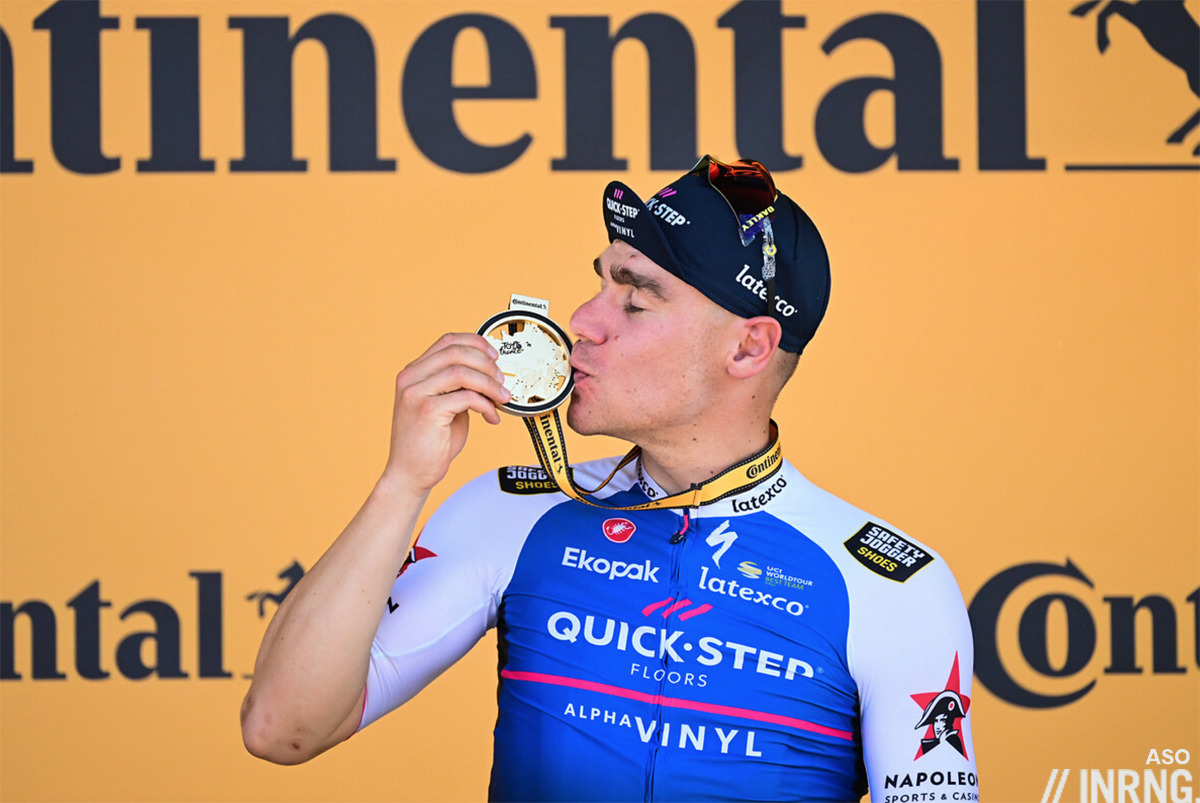 Fabio Jakobsen won the sprint showing the power that’s he’s famous for, surging past Mads Pedersen and Wout van Aert in the final 50 metres. He told France Télévisions afterwards that he’s living a second life now after his crash in Katowice; the channel didn’t show his accident once either because of good taste; or because they don’t own the image rights.

Although beaten to the line, “again” he exclaimed afterwards, there was consolation for Van Aert as he took the yellow jersey, his first, and the green jersey too. It’ll be interesting to see what Jumbo-Visma do next, do they roll on the front of the peloton as tradition insists, or do they have bigger herrings to fry?

The Route: 182km mainly south, and in this long opening week, arguably the most straightforward of stages, the second of two sprint-friendly routes. It’s Denmark and so full of flat and exposed terrain. The climbs today are even softer than yesterday, just uphill drags but enough to justify a few mountains sprints but if someone can win all three, they’ll be tied for points with Magnus Cort so they’ll have to be ahead of him on GC to lead the competition and take the jersey although that’s quite possible as he lost a lot of time yesterday; equally possible is he goes up the road today.

Much like yesterday the route uses some big roads but keeps darting down smaller lanes to visit a village here, a beach there and these are the danger points, the peloton has to funnel into a tight corner and the changes of direction mean the wind direction relative to the peloton changes. 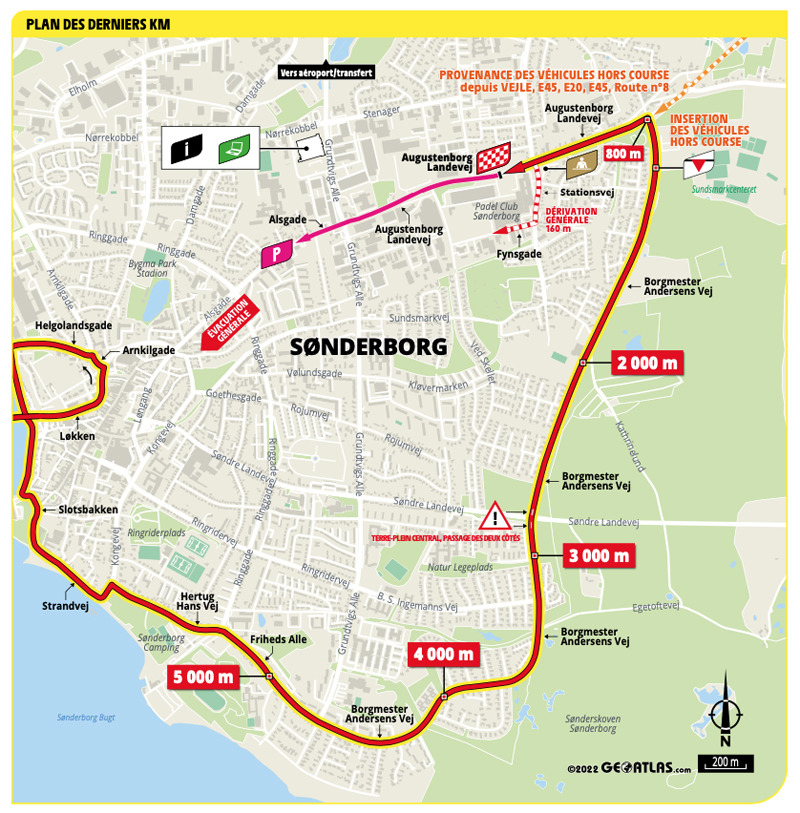 The Finish: into town across the King Christian bridge and then a loop left to pass underneath the bridge via a narrow road (just visible on the left of the map) before picking up a bigger road with about 6km to go, from here the road is wider and more regular. There’s a left turn in the final kilometre.

The Contenders: Fabio Jakobsen (Quick-Step) made it look easy yesterday and can do it all again today, especially with the more classic finish today, it’s a sprint stage rather than a sailing race in the crosswinds.

Caleb Ewan (Lotto-Soudal) had a mechanical yesterday, let’s see what he can do. Jasper Philipsen (Alpecin-Deceuninck) just needs an opening. Dylan Groenewegen (BikeExchange-Jayco) should be around too. Wout van Aert (Jumbo-Visma) is contesting sprint finishes and always has a chance at victory but can keep racking up points for his green jersey.

Weather: sunshine and a few clouds, 23°C. It should be a calm day with only 10-15km/h breeze from the west.

TV: the stage starts at 1.05pm CEST and finish is forecast for 5.15pm CEST, all live from start to finish.

Stage 3b: the race leaves Denmark with flights departing from Sønderborg airport to Lille and Calais in northern France while all the caravan of vehicles has a 1,000km journey via Germany, the Netherlands and Belgium to do on Monday… which means racing resumes on Tuesday.