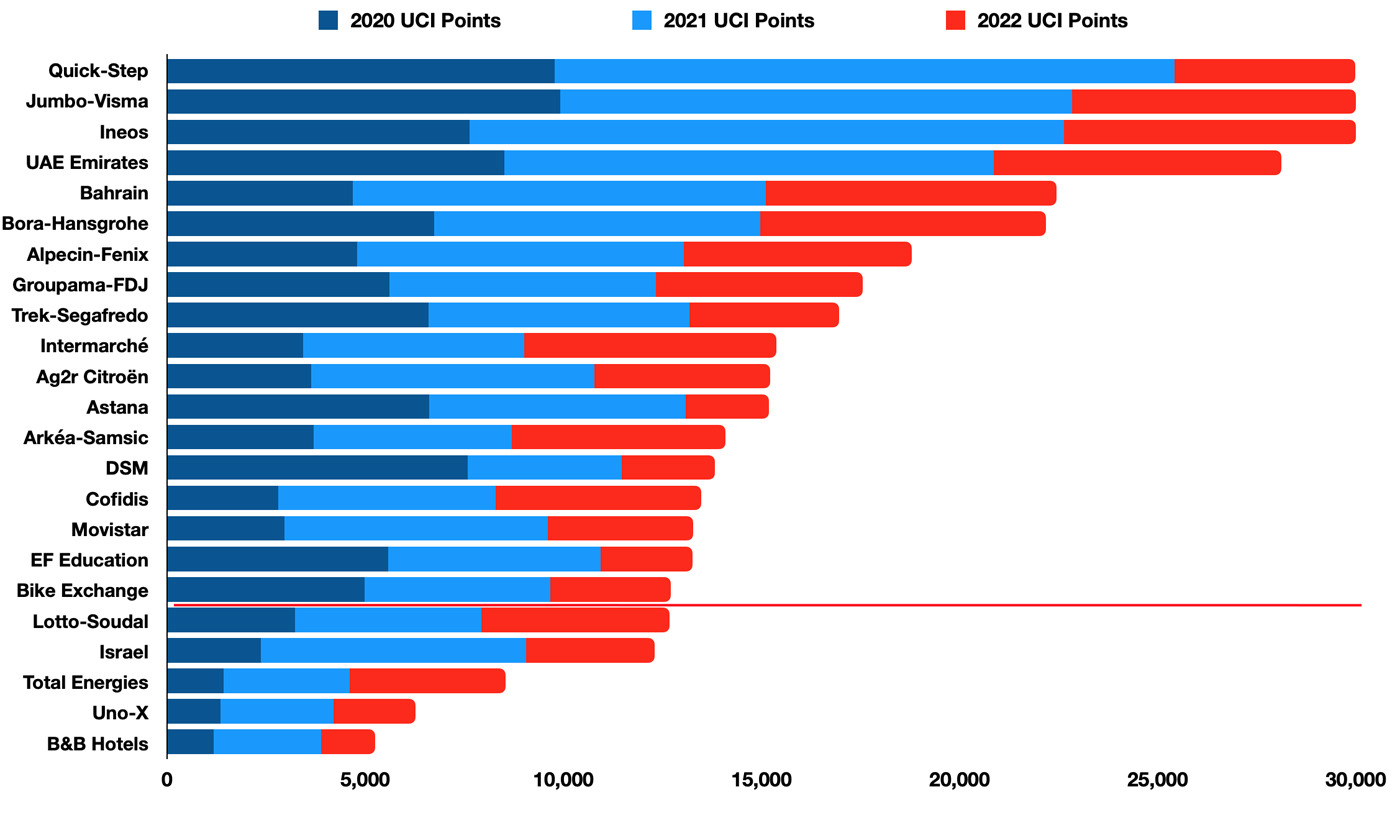 It’s still tough for Israel and Lotto-Soudal and Bike Exchange in a duel but EF and Movistar and Cofidis all have to be careful, plus DSM and Arkéa-Samsic have to think about races to pick off this season. The chart keeps showing convergence meaning the Tour de France is going to be twice as stressful although as much as it is the race with the most points of the year, all those smaller races to come can be as lucrative for smaller teams as well given the likes of UAE, Ineos, Jumbo-Visma tend to boss July.

Talking of Tour points, the tables below shows the points for GC in the Tour which goes down to 60th place overall, as well as for a stage win.

There’s also 25 points a day for wearing the maillot jaune and 120, 50 and 25 points for the first three on the mountains classification in Paris, likewise for the points competition.

Looking wider, Bahrain are in the headlines for the wrong reasons after homes of riders and staff were searched by police given international warrants yesterday, a reminder that the top-18 teams can change if a sponsor gets humiliated and pulls the plug; Astana’s finances have been under evaluation too. But this is external to the sporting aspect and teams just have to race on.