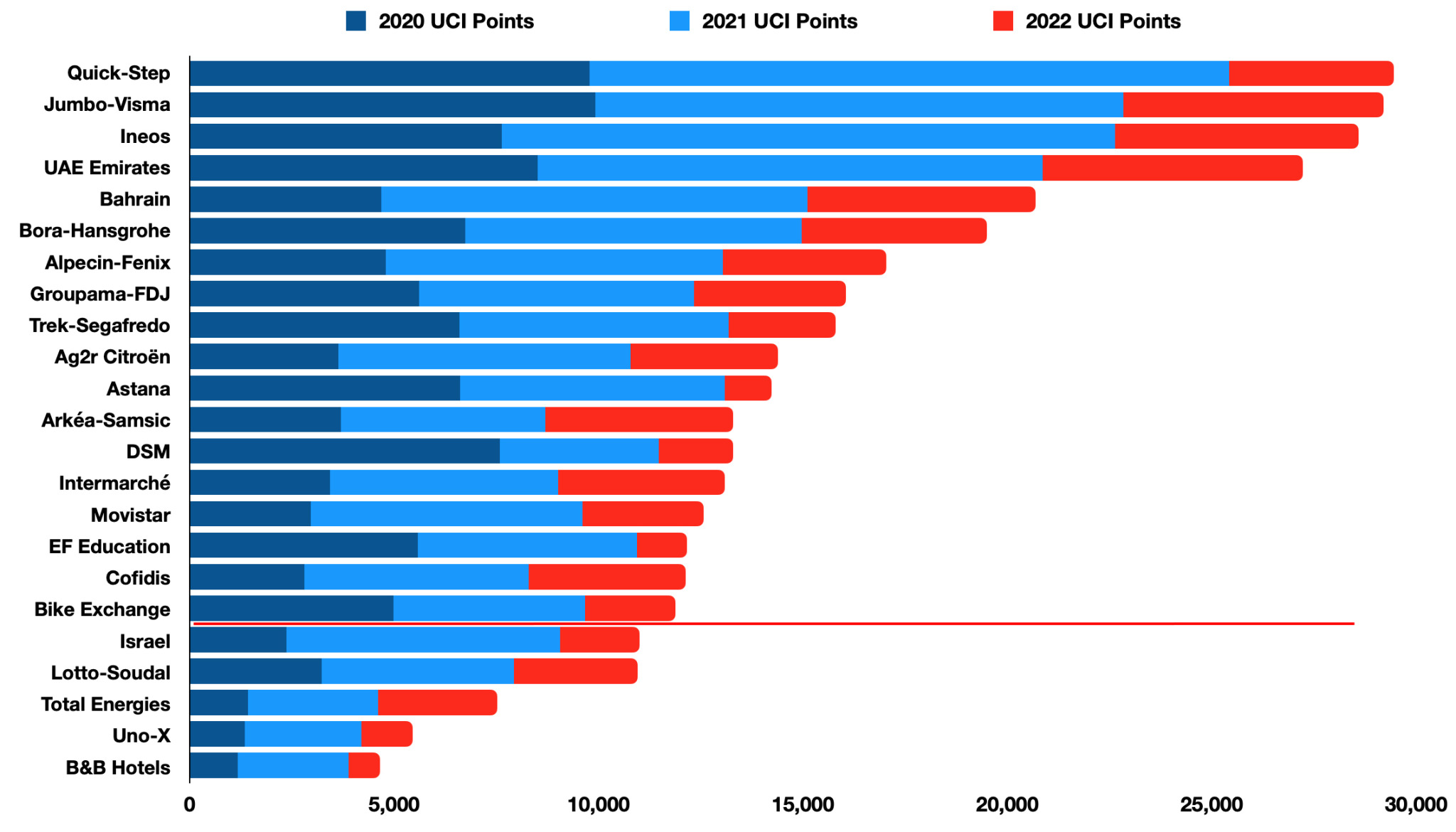 A quick update from a week when few points were on offer.

19th vs 20th
Given we know Arkéa-Samsic want promotion but we don’t know if Alpecin-Fenix do, 19th place is below the relegation line but could still be safe if Alpecin-Fenix don’t apply to move up. So while Lotto-Soudal and Israel look stuck below the red line, perhaps there’s still value in battling for 19th place instead of 20th. Or if not, having a chat with the Alpecin management to ask what their plans are.

Giro gains
Note any points from the Giro only go through once the Giro is over. It’s the same for any stage race, points are only added up once the race has finished.

Plusses and minuses
We can see the riders and teams winning points but they can often be deducted too for breaking the rules. Only the fines are often hidden. It’s not deliberately so, more the race commissaires will file their post-race report and any fines and points deductions get fed into the UCI database, this is not the sort of thing that flashes up on TV once a race is over like the top-10. But it could be handy to make all these deductions public, or at least available to us nerds.

The Giro actually does this in a way with its “Fair play” prize. The race has a confusing amount of daily prizes and podium ceremonies and this one is for the team in the race with the fewest in-race penalties, be it littering or having a rider ejected for doping. There’s a sliding scale proportionate to the level of rule-breaking and it doesn’t mirror the UCI rulebook exactly. But doing this for all the UCI races across the season could be a useful bit of data transparency, both because teams constantly being fined would be incentivised to back off if it was causing them public embarrassment but also because everyone could keep a tab on the deductions, you’d know why and when a rider had lost points rather than fretting about whether there was a data entry mistake.